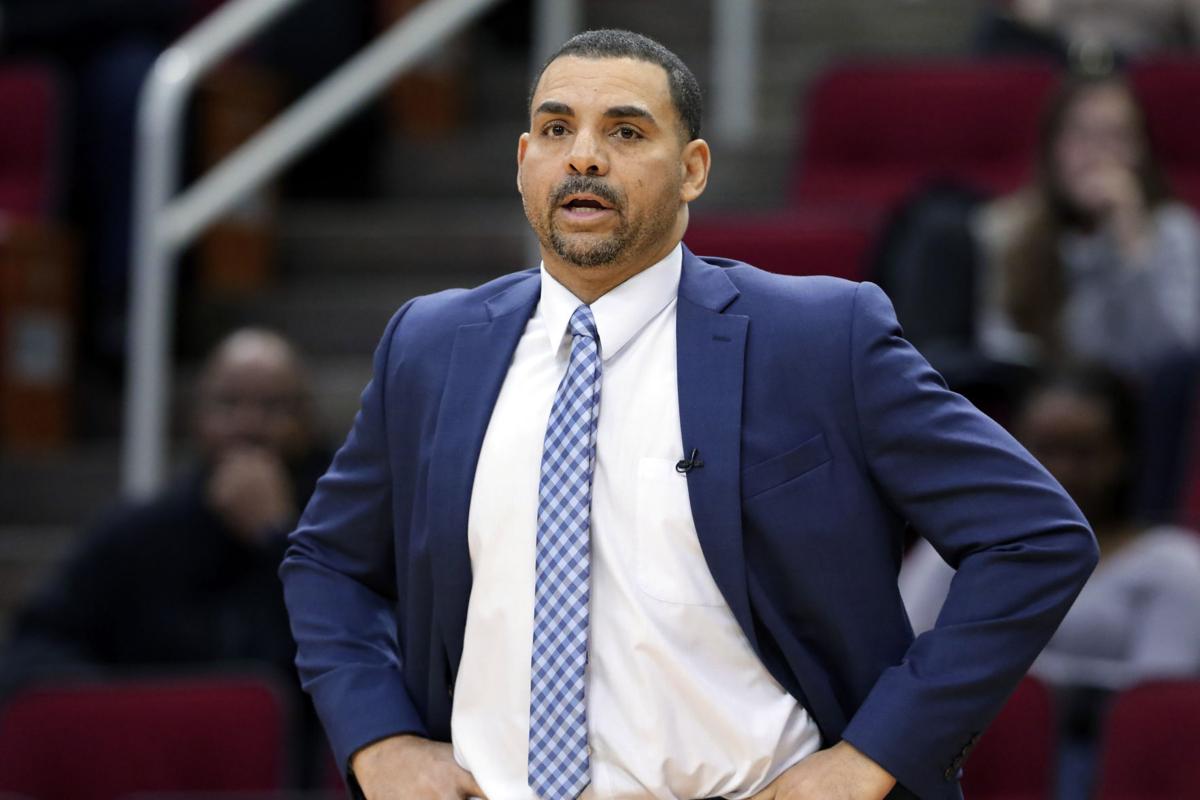 UT Martin coach Anthony Stewart watches during the first half of the team's game against Baylor during the 2019-20 season in Houston. Stewart, a former assistant coach at SIU in 2011-12, was found dead Sunday. He was 50 years old. 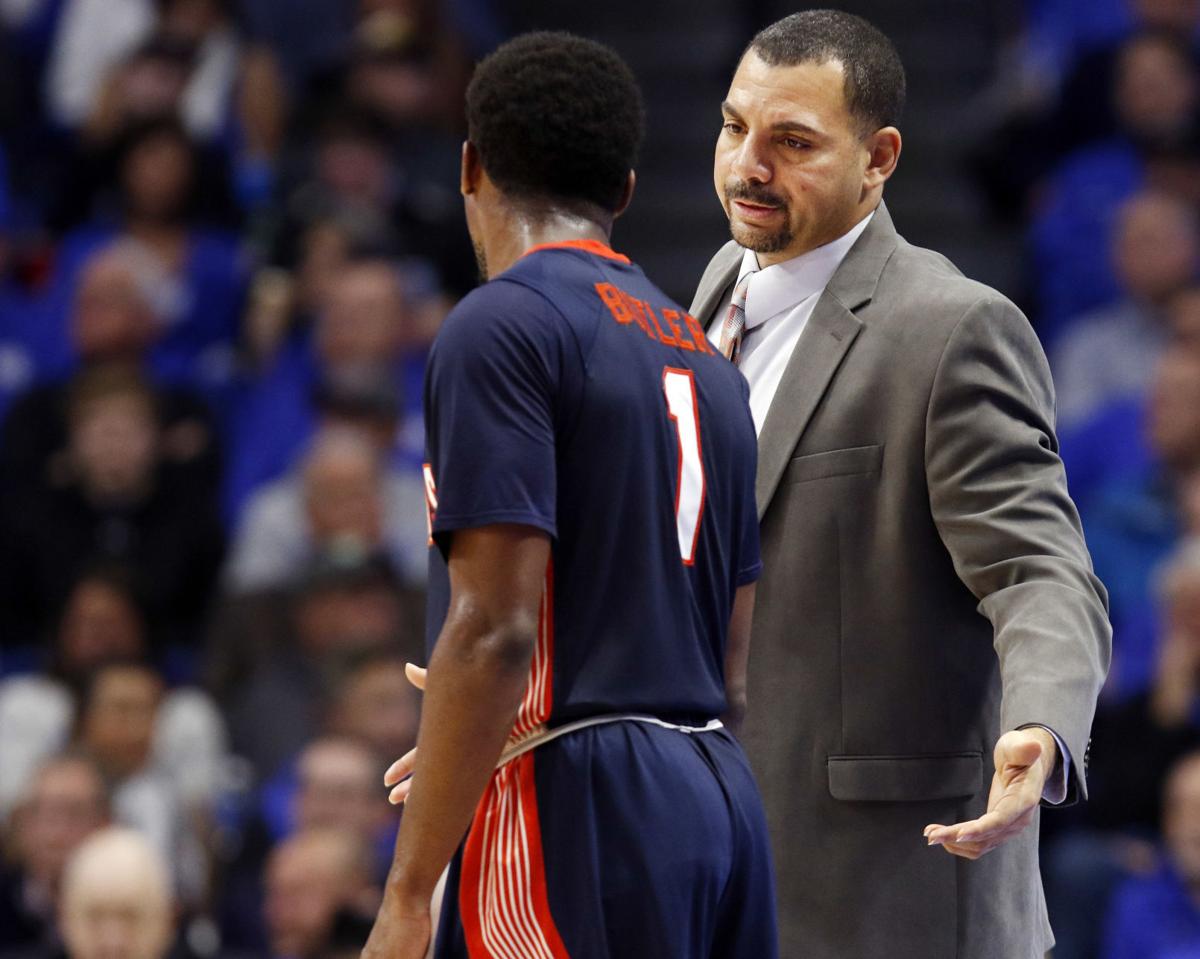 MARTIN, Tenn. — UT Martin basketball coach Anthony Stewart, a former assistant coach under Chris Lowery, was found dead Sunday just before the start of his fifth season with the Skyhawks. He was 50.

"We are stunned to hear this tragic news," athletic director Kurt McGuffin said in a news release from the school. "Coach Stewart was a true leader to every one of the young men he coached. He emphasized the meaning of a college degree and instilled professionalism in each of his student-athletes. We ask for privacy during this difficult time."

Stewart had been at UT Martin since 2014, starting as associate head coach under Heath Schroyer. The Skyhawks have won 94 games since then, the most in any six-year span since UT Martin moved to Division I. UT Martin put together three straight 20-win seasons between 2014 and 2017, a first in school history.

Stewart took over in 2016-17 and won 22 games to tie the school record for most wins in a single season. That was the third-highest total among the 29 first-year head coaches in Division I. UT Martin won its first outright Ohio Valley Conference West division title and reached the OVC Tournament championship game for a second straight year.

From Akron, Ohio, Stewart played basketball and baseball at Mount Union before graduating in 1993. He earned a master's degree in business administration from Chancellor University in Cleveland and was an entrepreneur before going into coaching in 2001 at Columbus State Community College. He was an assistant at Long Beach State from 2004-2006, Wyoming, Southern Illinois and Ohio University.

Stewart coached under Lowery during the 2011-12 season. He brought in Jeff Early, a junior college All-American guard from Monroe College, and guard Desmar Jackson over from Wyoming. Jackson sat out the 2011-12 season and was the Salukis' leading scorer the following season. Early was the team's top rebounder in 2013 and the second-leading scorer.

"Please pray for his family in this very stressful time for them," Lowery, the associate head coach at Kansas State, tweeted Sunday night. "No words can explain how hurt I am because he was more than a friend, but a brother to me. RIP Coach Stew - Love you!"

Stewart then landed at Ohio, where he helped the Bobcats go 49-22 in two seasons. Ohio went 24-10 in 2012-13, earning a share of its first Mid-American Conference regular-season title in nearly 20 years. The Bobcats played in the NIT that season, and made it to the quarterfinals of the Collegeinsider.com Tournament (CIT) in 2014.

Stewart took part in several high-profile speaking engagements since going over to Martin. He was one of 20 keynote speakers at the 2018 Collegiate Coaching Consortium at the Final Four and was the keynote speaker at UT Martin's annual Martin Luther King, Jr. Celebration Breakfast in 2019.

Stewart and his wife, Cheryl, have three children, Anthony, Parker and Skylar. Parker, a junior guard for the Skyhawks, left Pittsburgh to come play for his father in Martin.

The Pinckneyville Illinois Basketball Coaches Association (IBCA) Clinic will be on Friday, Sept. 30 from 9 a.m. to noon. Registration will sta…

CARBONDALE — SIU's men's basketball team may able to trademark a new phrase before the end of the 2020-21 season: COVID-outs.

UT Martin coach Anthony Stewart watches during the first half of the team's game against Baylor during the 2019-20 season in Houston. Stewart, a former assistant coach at SIU in 2011-12, was found dead Sunday. He was 50 years old.