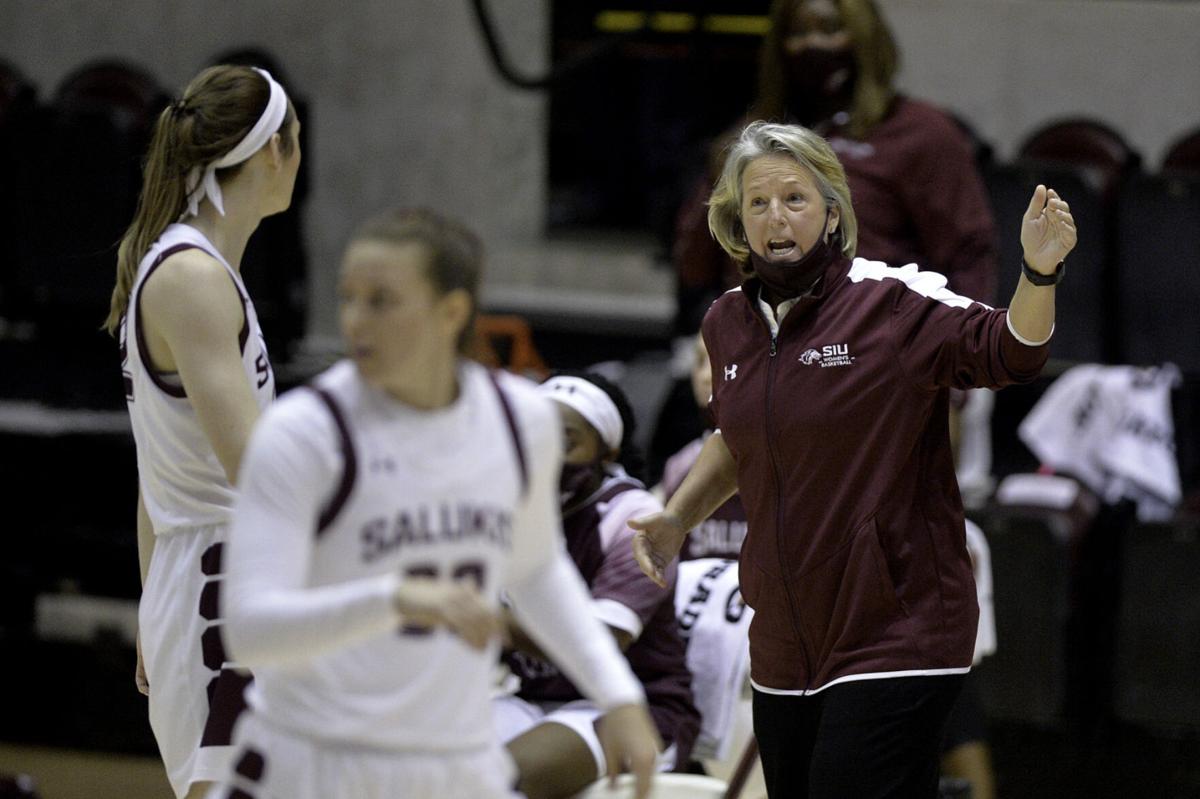 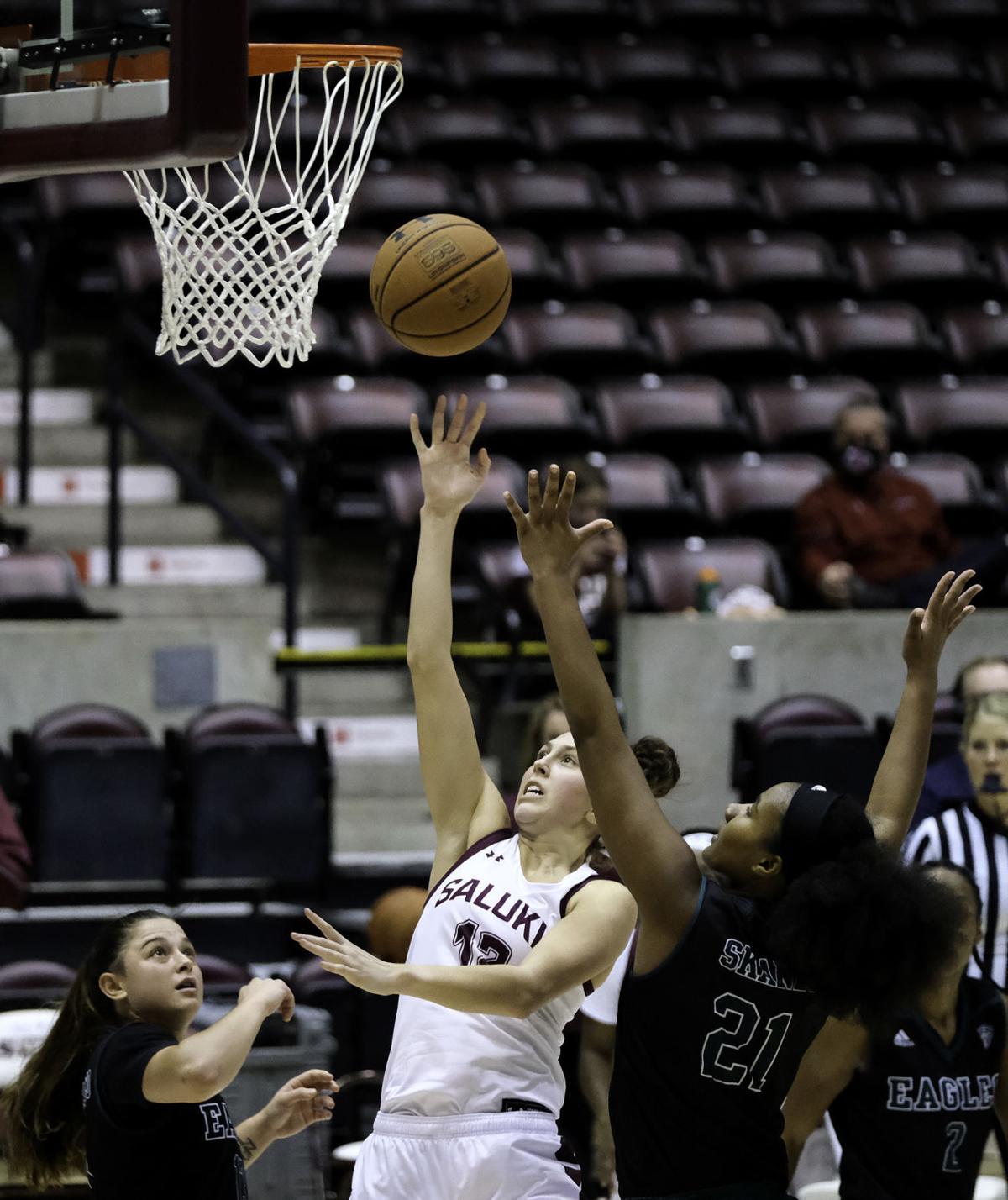 Missouri State's men's basketball team was turned away hours from its season opener Friday because of positive tests. SIU's opener is set for Wednesday after a 14-day pause, and we're not sure when Loyola or Indiana State will start this daily fluctuation of a season.

The Saluki women, masked up and socially distanced like a chessboard Wednesday at the Banterra Center, were thankful they were able to play. Short bench. Headaches. Iffy calls, and all.

"I felt like, I don't know if my raging headache right now is from sucking in Tide detergent from my mask or what it is, but you gotta just go with it," SIU coach Cindy Stein joked after the Salukis fell 65-52 to Eastern Michigan. "I think everybody followed protocol pretty well. What I really liked about our kids was nothing really bothered them. They were thankful they were playing and ready to go."

SIU had a tough start, but found some rhythm toward the end of the first half to take a six-point lead at the break. The third quarter was a disaster for the Salukis, who played without injured forwards Awa Keita and Janell Douvier and hadn't had leading returning scorer Makenzie Silvey until two days before the game due to injury/COVID-19. Silvey and starting guard Caitlin Link went a combined 3 of 9 from the 3-point line and 5 of 22 from the field.

SIU's five seniors are the most it's had for a while, and the team will go as far as Silvey, Abby Brockmeyer and Rachel Pudlowski take it.

"Obviously, Abby Brockmeyer had a really good first half, was in beast mode, did a great job. I thought Rachel Pudlowski had some really good minutes. Adrianna Katcher had some really good minutes," Stein said. "Obviously, there were some people who I felt did what they were supposed to do, and really showed me some things that I liked, but we also gotta kind of get into a flow. Until the last four or five days ago, we didn't have enough kids to go against each other in intersquad. When you have practice players and stuff like that, it kind of throws you off."

Some of SIU's players have been able to work out this week, but the team is hopeful it has everyone for its first real team practice since the pause Sunday. The Salukis are scheduled to open the season at SEMO on Wednesday night at 6:30 p.m., and tickets were still available as of Friday. Tickets are $6 for youth and $12 for adults if you want to try to make the trip to Cape Girardeau.

Sports Column | Todd Hefferman: Salukis can be defensive, too

It's easy to fall in love with the offense from SIU's men's basketball team.

CARBONDALE – Referee Jessica Fortner stepped into the center circle at 1:02 p.m. Wednesday and tossed up the opening tip of a season some thou…

If you’re wondering what to expect from the SIU women’s basketball team Wednesday in its season opener with Eastern Michigan, you aren’t alone.