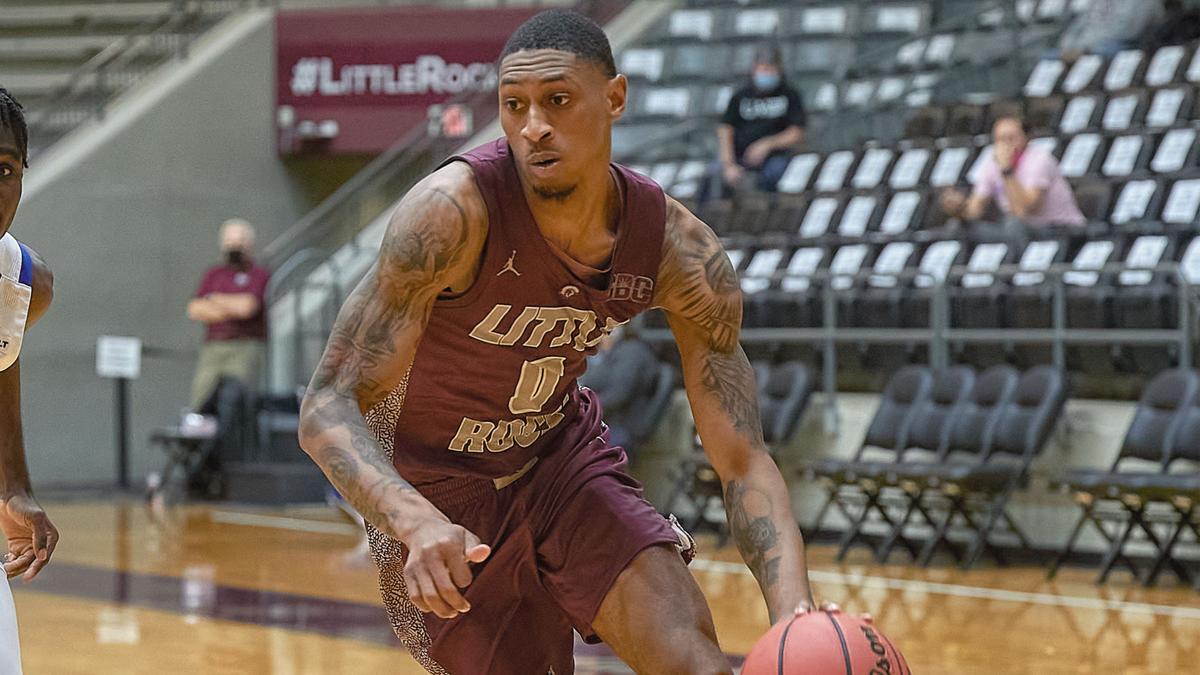 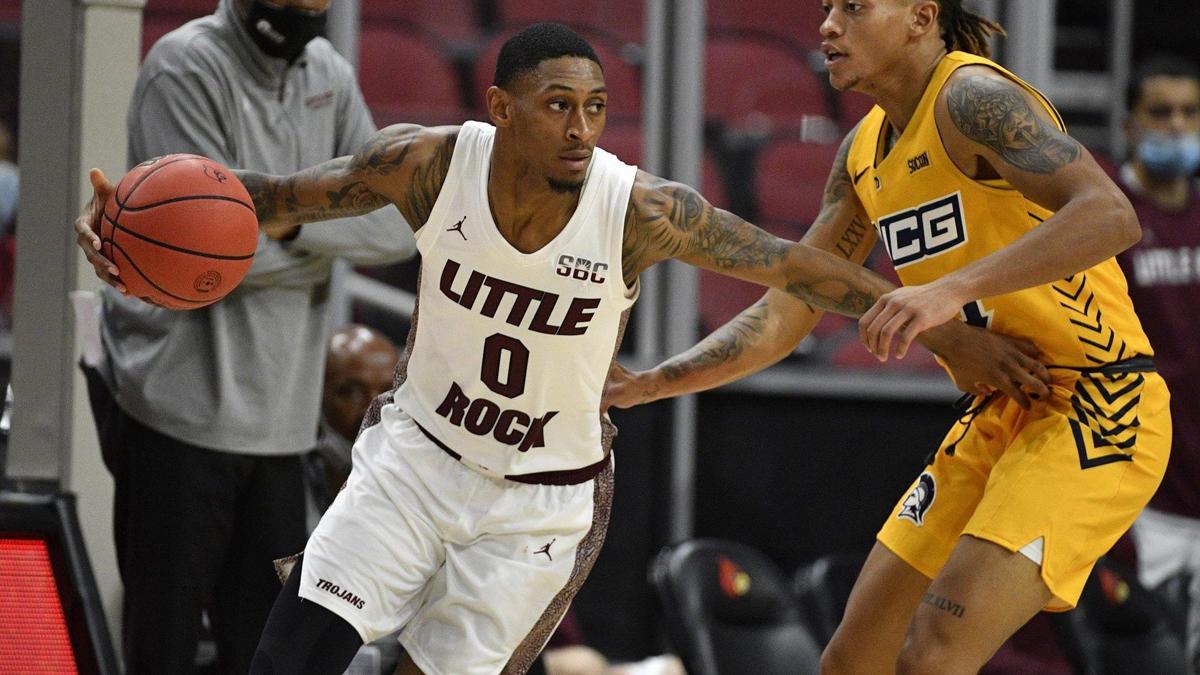 Ben Coupet Jr., a 6-foot-7, 185-pound guard at Little Rock, verbally committed to SIU's men's basketball team Wednesday. Coupet will be a graduate transfer for the Salukis in 2021-22.

CARBONDALE — Ben Coupet Jr. knows how to finish in transition, and wants to help SIU's men's basketball team get more opportunities in the open floor in his final collegiate season.

"I feel like I bring a lot of grit, and a lot of Chicago style of play, and athleticism, and free game type of game," Coupet said. "With the way that SIU can shoot the ball, and the way we can start out getting out in transition, that's the way of basketball now, and going in that direction will not only help me but help the other guys on the team grow, and this year could be really special."

Coupet (pronounced coo-pet) had four 20-point games for the Trojans last season, scoring a season-high 27 in a nine-point win against Texas-Arlington on New Year's Day 2021. He had 26 the next day on 7-of-9 shooting, including 6 of 8 from the 3-point line. Coupet made four or more 3-pointers in a game four different times last season and could get to the free-throw line, shooting 8-of-10 in a five-point loss to Louisiana-Lafayette.

He didn't grow up a great shooter, but put the time in the gym to make himself two-dimensional.

"A guy that could play multiple positions on the team, could lead you to a win on many different nights," was how Coupet described his game. "Going into this next season, I kind of wanted to put it all together, and just show that I could be a complete player."

Little Rock went 7-11 in the Sun Belt West last season and played in the conference tournament for the first time since 2018, losing to Appalachian State 67-60. The Trojans won the regular-season conference title in 2020 after getting picked 11th in the preseason poll, but lost their opportunity to compete for the Sun Belt Tournament title when the coronavirus shut it down. They finished 21-10 that season.

Coupet was a three-star recruit out of Simeon High School, where he helped the Wolverines to the 2016 city championship. Simeon won the state championship when he was a freshman in 2013, with Jabari Parker, Kendrick Nunn, Kendall Pollard and Jaylon Tate, but Coupet didn't play much. Simeon defeated Lincolnshire Stevenson 58-40 despite future Villanova star Jalen Brunson's 14 points.

Coupet started his career at UNLV, where he redshirted as a sophomore and played two seasons. He started two of 26 games with the Runnin' Rebels, grabbing 38 rebounds and scoring 35 points.

"The only way for me to get on the floor, in my early years in college, was to play the 4, the 4 man, because that was the only spot that had minutes, so I always knew how to adapt to different positions," he said. "From there, I knew if I wanted to take my game to another level and be a professional, I would have to show, all in all, that I'm a guard, open floor-type of player."

SIU went 12-14 overall and 5-13 in the Missouri Valley Conference last season (ninth place). The Salukis played the entire season without one of their top recruits, junior college transfer forward J.D. Muila, who tore his meniscus, and most of it without leading scorer and second-leading rebounder Marcus Domask. Domask, the 2020 MVC Newcomer and Freshman of the Year, suffered a foot injury in late December and sat out the rest of the season after the first 10 games to try to recover. The 6-6 forward never returned but is hopeful to be back to 100% by this summer.

CARBONDALE — Former Saluki Doug Novsek and former SIU assistant coach Justin Walker are back in the Valley — the Ohio Valley.

Watch now: Shildt thanks the Cardinals players, owners and coaches

Ben Coupet Jr., a 6-foot-7, 185-pound guard at Little Rock, verbally committed to SIU's men's basketball team Wednesday. Coupet will be a graduate transfer for the Salukis in 2021-22.