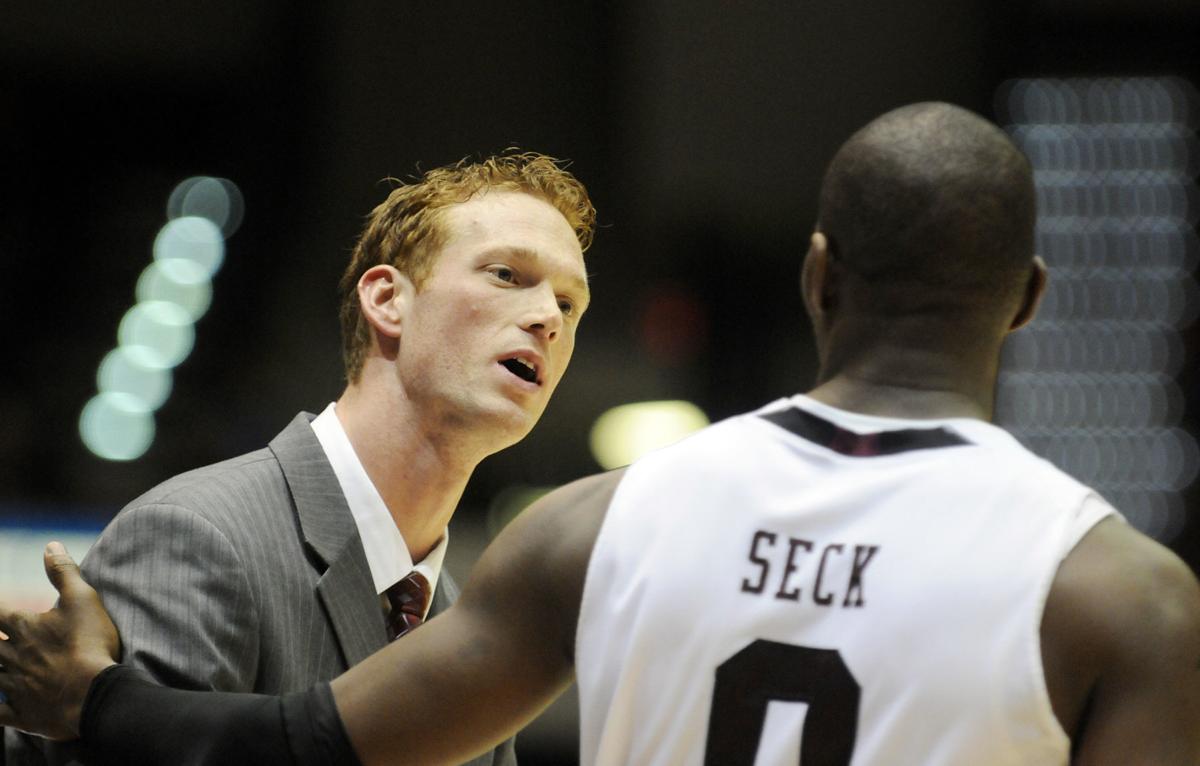 SIU assistant coach Brad Korn talks to Mamadou Seck during a time out in a game in 2012 at SIU Arena in Carbondale. 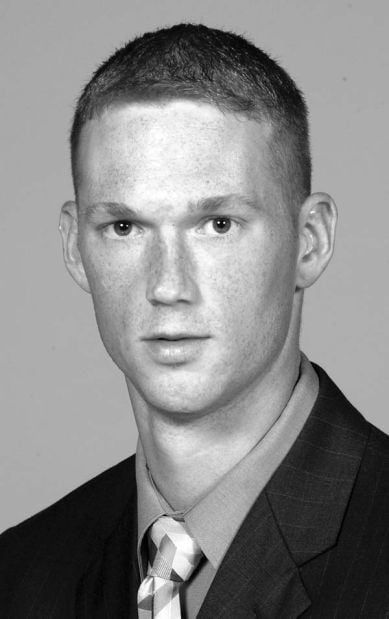 CARBONDALE — Brad Korn had to work toward building SIU's men's basketball team into a mid-major power, and said he would take no shortcuts in rebuilding Southeast Missouri State's program.

Korn, 38, was introduced as the Redhawks' new men's basketball coach at a closed event in Cape Girardeau that aired on Facebook Tuesday. The 6-foot-9 forward helped the Salukis to the NIT as a freshman in 2000, redshirted in 2000-01 as a sophomore, and contributed to three straight NCAA Tournament appearances his last three years. He said turning around a program that hasn't had a winning record since 2013-14 will take some time.

"We need the type of workers, and players, that are more interested in a great Senior Night than a great Signing Day," Korn said. "I'm not going to be perfect, and neither will our staff, and neither will our players, but, together, we can bring that joy that SEMO Basketball deserves. It will not be easy, but I promise it will be worth it, and I look forward to the challenge."

SEMO went 7-24 overall and 3-15 in the Ohio Valley Conference last season. The Redhawks missed the eight-team OVC Tournament for the fourth time in the last five years and missed the postseason for the 20th straight season.

Korn is SEMO's fifth coach since 2000. Redhawk athletic director Brady Barke called him one that has worked his way up from being a graduate assistant at his alma mater in 2004.

"He's been on top of the mountain, and he's been in the bottom of the valley, but through it all, he's come out prepared," Barke said. "He embodies what this region is all about. He's an honest, hard-working person that uses failure and criticism to fuel his drive to be better. He's self-made, and that's what we need to lead our program into the future."

SEMO could return 13 of its 15 players this winter.

Korn spent the first eight years of his coaching career at SIU under former coach Chris Lowery (2004-12), the last six as an assistant. SIU went 145-116 during that stretch with four postseason appearances and two MVC regular-season championships. The Salukis went to the NCAA Tournament three straight times, from 2005-2007, with three victories.

Korn coached three years at Missouri State (2013-16) under another former Saluki, Paul Lusk, before going to Manhattan, Kansas. Korn helped mentor a number of All-MVC honorees with the Bears, including 2014 all-league second team pick Jarmar Gulley in 2014 and the 2016 league newcomer of the year, guard Dequon Miller. In four years at Kansas State, he was a big influence in the development of All-Big 12 first teamer Dean Wade, one of three players in school history to rank in the top 10 in career scoring and rebounding, and all-conference picks Wesley Iwundu and D.J. Johnson.

SIU assistant coach Brad Korn talks to Mamadou Seck during a time out in a game in 2012 at SIU Arena in Carbondale.