David Miller was an English major at the Naval Academy earlier this year. He attended a prep school to get ready for it, but realized the stringent, regimented nature of the military academy was not for him, and started looking for another place to play football.

Miller wasn't supposed to start right away at cornerback at SIU, as the Salukis had one All-American (James Ceasar) and another up-and-comer in P.J. Jules, but after Ceasar went out with a shoulder injury, the freshman stepped in and had eight tackles his first game. He had seven stops in last weekend's win at previous No. 2/3 South Dakota State. In this week's Meet A Saluki, Miller talks about jumping into the starting spot on No. 4 SIU, leaving the Naval Academy, and what he wants to do with his new academic pursuit, sports administration.

How happy have you been with your start?

Real happy. It's been different, getting back to normal school, because the Naval Academy is so confined. They just have a set schedule for you every day, so, it's just more freedom, and being able to be myself. I love it here. The football team's great. The atmosphere is great, and they really took me in.

I don't know if you wanted to start, David, but, with James Ceasar hurt, you were the next man up. How have you dealt with the pressure of starting for a nationally-ranked team at a really important position?

What makes you a great tackler?

As a kid I used to play linebacker, so, just having that as a tool in my backpack to bring out. Just playing defense in high school, but it really just comes down to, you. You making the play and you making the tackle if you want to make the play for your team.

It changed. When I was first coming out of high school I really wanted to play quarterback, or wide receiver, it didn't matter. But I fell in love with defense. I'm a defensive guy now.

How hard was it for you to leave the Naval Academy? You went to the prep school there before enrolling.

Did you feel like you learned a lot about yourself going through that?

Not really, because I come from a Naval background. My mom and my dad, they were both in the Navy, so, just having that discipline at a young age, it was not that hard going into the Naval Academy. It was just kind of having somebody watch over you all the time that was different.

What do you hope to do with your sports administration degree?

I want to stay around the sport. Either hopeful NFL player, but if not, sports medicine, be a manager, anything with the sport.

You were pretty good at basketball (he was all-conference). Why did you stick with football?

That was my main goal going into high school, was just really big in playing basketball. My mom took me to training. The switch came after I wasn't playing as much in high school. I got to play right away on the football team, they had me running with the 2s as a quarterback, and I got to be around the older guys and just loved it. Just the camaraderie of my team, that was different from basketball because you needed just one person (to play). In football, you need an entire team, so that the main reason I switched.

SIU Football | Trio of Salukis honored after win at SDSU

CARBONDALE — A trio of Salukis were honored after their come-from-behind win at previous No. 2/3 South Dakota State on Saturday.

SIU Football | 4-Down Territory: A breakthrough win, Spencer continues to impress, and a national honor for YSU QB Demeatric Crenshaw

In today's Saluki Football 4-Down Territory, a look at SIU's breakthrough win at South Dakota State, how Donnavan Spencer continues to impress…

Two former tight ends join the SIU Hall of Fame, the mid-season report card, and a look at the Salukis-Fighting Hawks series, all in today's S… 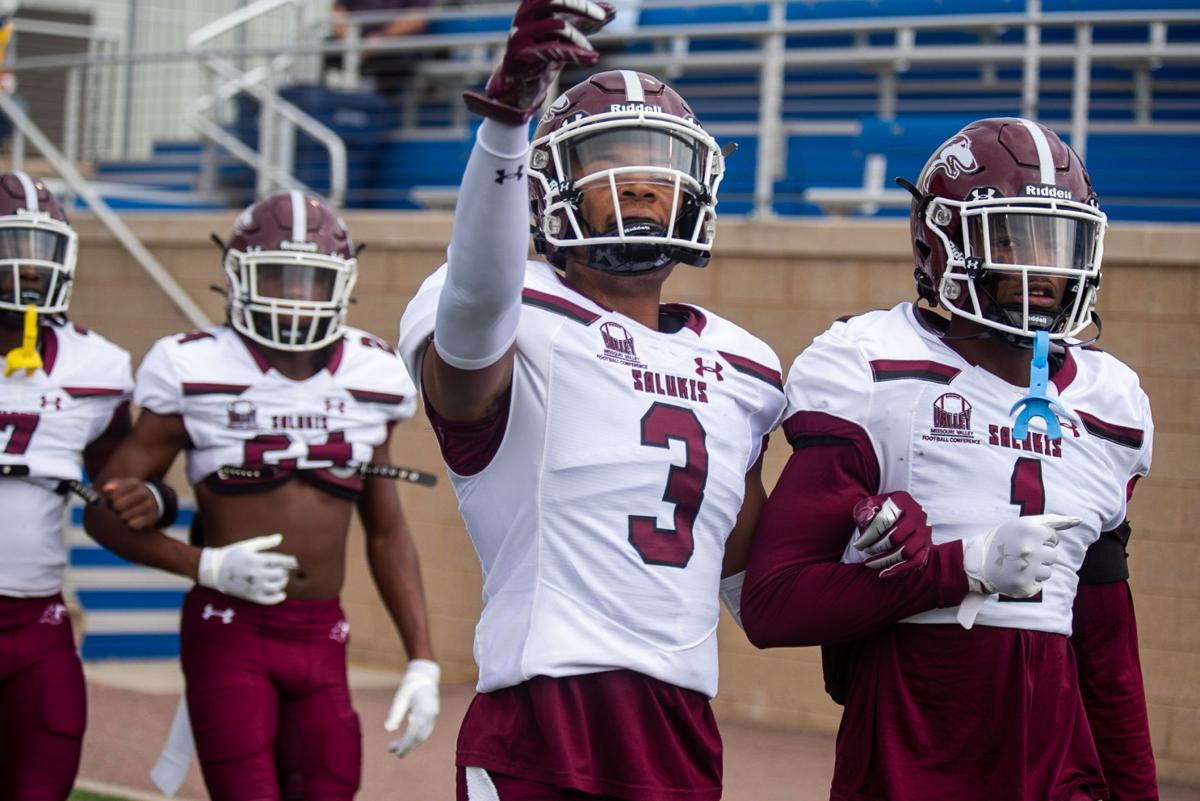 SIU cornerback David Miller warms up before the Salukis' game at No. 2/3 South Dakota State Saturday at Dykhouse Stadium in Brookings, S.D. The No. 7/8 Salukis trailed 20-0, but scored 14 straight to end the half. 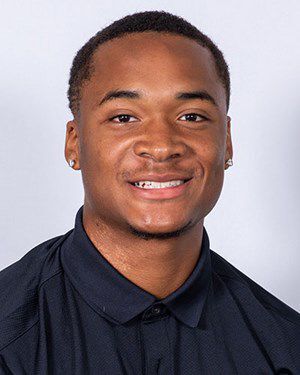