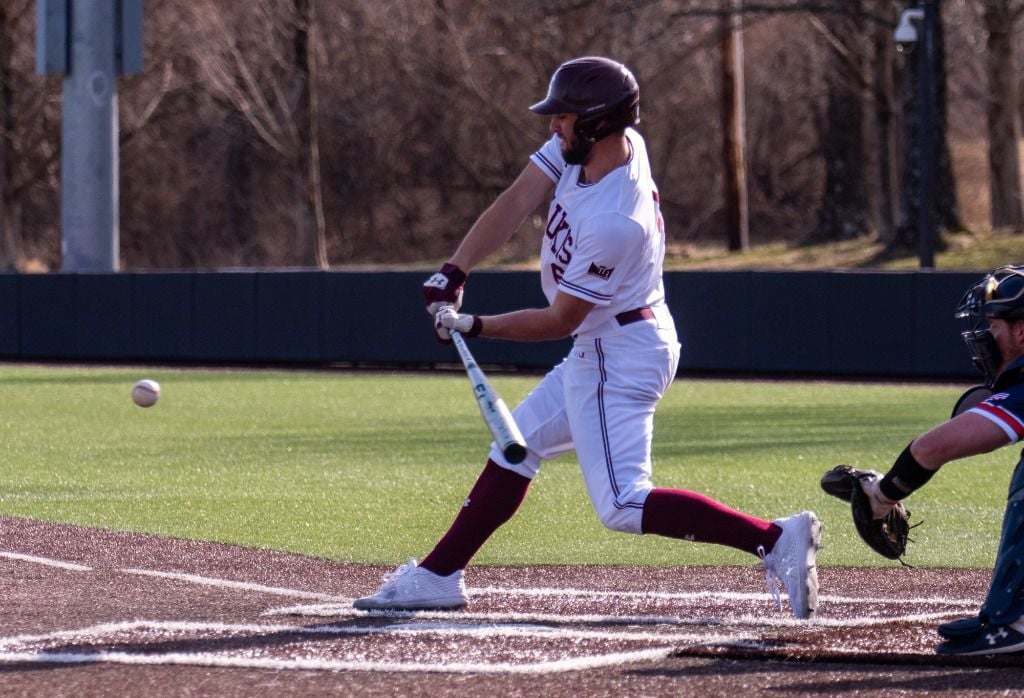 SIU's Tristan Peters swings against UT-Martin on March 7, in the final game of a three-game weekend series. Peters extended his hitting streak to nine games and drove in at least one run for the seventh straight to help the Salukis beat the Skyhawks 8-3. 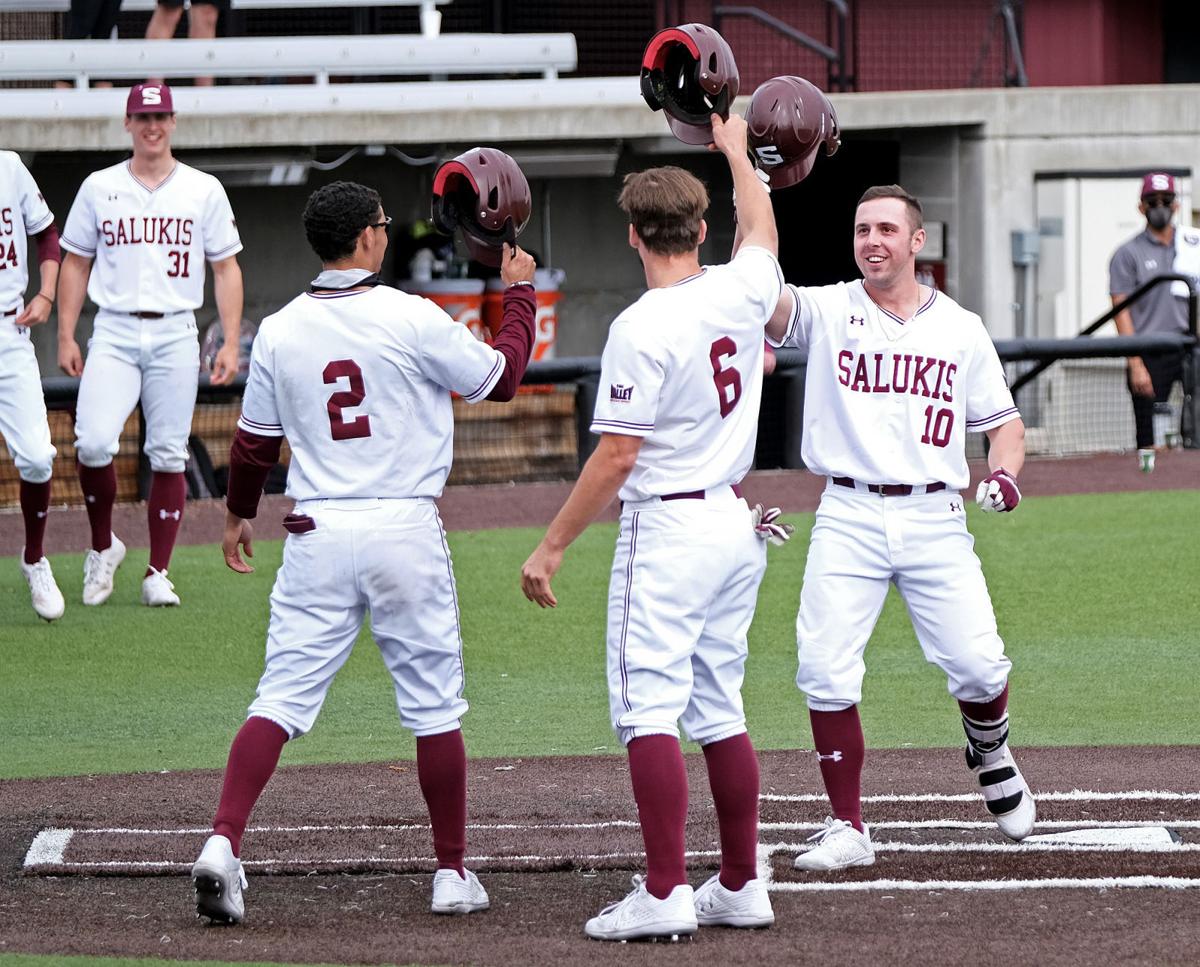 CARBONDALE — SIU center fielder Tristan Peters knows his zone. In the field. At the plate. And between the lines instead of between the boards.

Peters, a Manitoba, Canada native, played all the sports Canadians do growing up before picking hardball as a junior. It was not hard for him to give up hockey.

"(Baseball) was more fun. I enjoyed it more," Peters said. "And then hockey was too many injuries. Hockey, it was just too dangerous, I guess, but I enjoyed baseball more."

SIU (24-6, 4-4 Missouri Valley Conference) has enjoyed the addition of the 6-foot sophomore in center field, where he earned an NJCAA Gold Glove in 2019 at Chandler-Gilbert Community College in Arizona. Peters hit .354 during the shortened season there in 2020, and enters this weekend's series at Bradley (9-13, 3-4) second in the Valley in hitting (.411). His 33 runs scored are tied for the second-most in the league with teammate Ian Walters (SIU's Nick Neville is first with 38), his 11 doubles are the third-most in the league, and he has the best on-base percentage of anyone in the Valley at .525 in 30 starts.

"It's just been more patience, to be honest with you," Peters said. "See more pitches, and there's just been a lot more off-speed than I was used to in JUCO, and I'm just kind of feeling pitchers out to get my pitch to hit. Just seeing more pitches and being more selective, that's helped me a lot."

SIU coach Lance Rhodes said Peters has two of the best qualities a collegiate hitter can have, patience and selection. Peters didn't do anything to get himself out after drawing three walks in his first three at-bats Sunday against Northern Illinois (some hitters get too anxious), and the all-conference outfielder knows his limits at the plate.

"He's got such good bat-to-ball skills, there's really no zone, up, down, in, out, that he can't cover," Rhodes said. "He stays in the zone a long time with his swing, so he's a high-contact-type guy. He might not be the prototype 4 hitter, as far as the amount of home runs he hits, but the amount of hard contact that he has in the 4 hole is exactly what our team needs."

Eight SIU hitters are batting over .300, and second baseman Cody Cleveland raised his average to .294 with a hot weekend against Bellarmine and Northern Illinois. Peters has proven to be one of the team's toughest outs.

"The biggest thing is the moment never gets too big for him," Rhodes said. "He's super confident, knows the strike zone exceptionally well. He's just a heckuva player, and to put him in the 4 hole and be able to build your lineup around him is big."

Peters, 21, just feels like he does his job in a lineup that is averaging over nine runs a game.

"I'm very confident, especially in our defense and our hitting," he said. "If we need to, we'll continue to lead, and we'll pick our pitchers up if they're not having a great day, and our defense has done it's job when it's been in the field."

CARBONDALE — SIU first baseman Philip Archer was named the Missouri Valley Conference player of the week by the league on Monday.

CARBONDALE — Relievers Bubba Hall and Trey McDaniel finally did what Tanner Lewis and Matthew Steidl could not against Northern Illinois Saturday.

This Week in Saluki Athletics | Football goes for semifinal berth, baseball and softball back at home

CARBONDALE — The football team is back in the FCS quarterfinals, and the baseball and softball teams return home, in This Week in Saluki Athletics.

CARBONDALE — The SIU baseball team shut out Missouri State for the second-straight day and clinched a four-game series sweep over the Bears. B…

SIU's Tristan Peters swings against UT-Martin on March 7, in the final game of a three-game weekend series. Peters extended his hitting streak to nine games and drove in at least one run for the seventh straight to help the Salukis beat the Skyhawks 8-3.