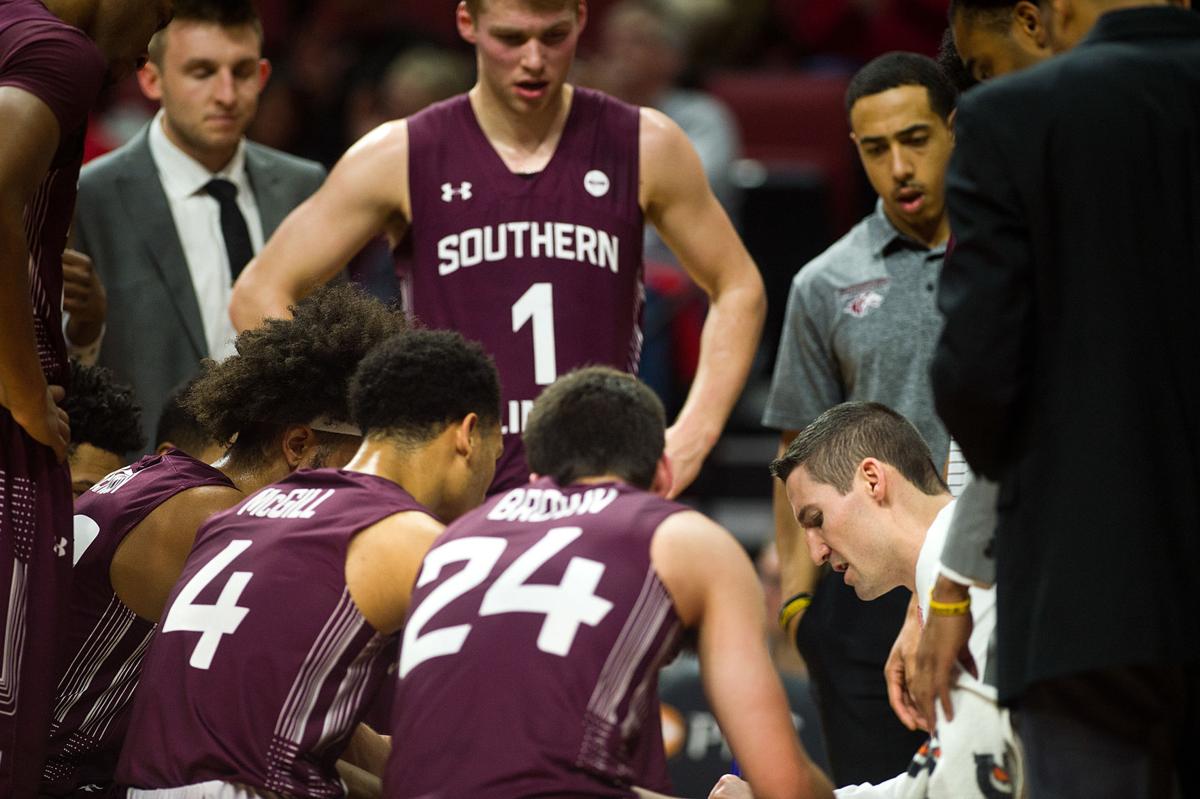 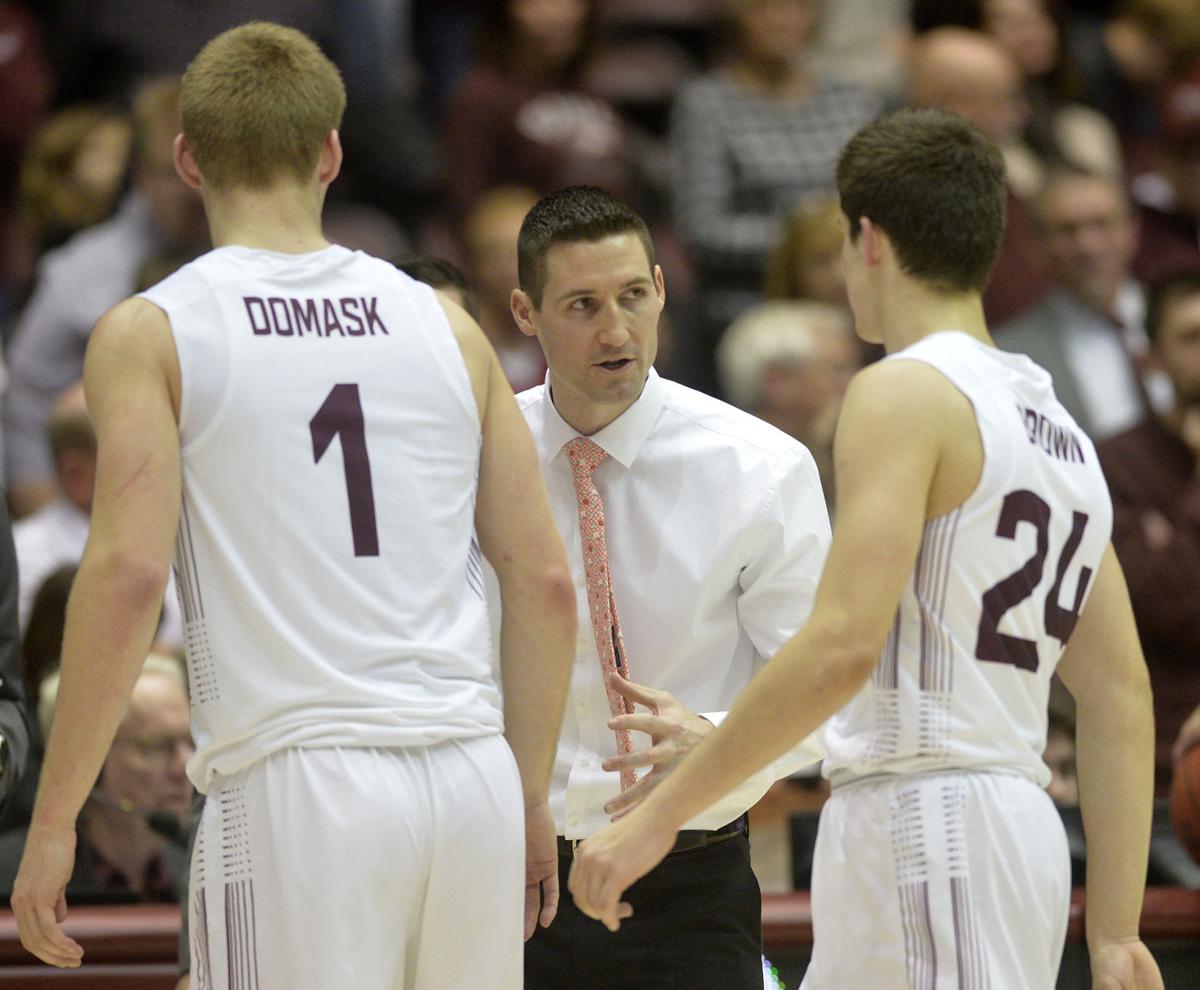 SIU head coach Bryan Mullins talks with SIU forward Marcus Domask (1) and guard Trent Brown (24) during a break in play in the second half against Northern Iowa at the Banterra Center in Carbondale. SIU held on to win 68-66.

CARBONDALE — Troy D'Amico and Scottie Ebube don't know when they will play their next high school game, but they are expected to take a big step toward their first collegiate game Wednesday.

D'Amico, a 6-foot-7 forward at Niles Notre Dame, and Ebube, a 6-8 forward at Mundelein High School, are expected to make it official with the SIU men's basketball team on the first day of the NCAA early signing period. Both verbally committed to the Salukis over the summer. They are expected to join Foster Wonders, a 6-5 guard at Iron Mountain High School in Michigan, in SIU's 2021 class.

D'Amico averaged 15.6 points, 5.1 rebounds and three assists per game for the 29-5 Dons last season. A first team all-state pick by The Associated Press in Class 3A, D'Amico helped Niles Notre Dame to a regional title for the seventh straight year. Ebube, a special mention all-state pick in 4A by the Illinois Basketball Coaches Association, helped the Mustangs reach the sectional finals last season against Lincolnshire Stevenson before the coronavirus shut the season down. Ebube averaged 14.5 points and 10 rebounds per game for a 30-4 squad, and turned down offers from Toledo and Northern Illinois when he committed to SIU.

Both are ranked among the top-10 players in the state by Prep Hoops Illinois (prephoops.com/illinois).

Wonders, an Associated Press first team all-state pick last season, helped the Mountaineers to a 21-1 record a year after losing in the state championship game. The Upper Peninsula Mr. Basketball the last two years, as voted on by the Upper Peninsula Sportswriters and Sportscasters Association, he averaged 27.4 points, 7.8 rebounds, 2.4 assists and 1.9 steals per game last season. Wonders was ranked the seventh-best player in Michigan by MLive.com and had 12 other offers when he committed to the Salukis.

Coach Bryan Mullins can't comment on his 2021 commitments until they sign a national letter of intent in November, but Scott Burgess, the senior scouting director for Prep Hoops Illinois believes SIU's class may make a big impact.

SIU head coach Bryan Mullins talks with SIU forward Marcus Domask (1) and guard Trent Brown (24) during a break in play in the second half against Northern Iowa at the Banterra Center in Carbondale. SIU held on to win 68-66.