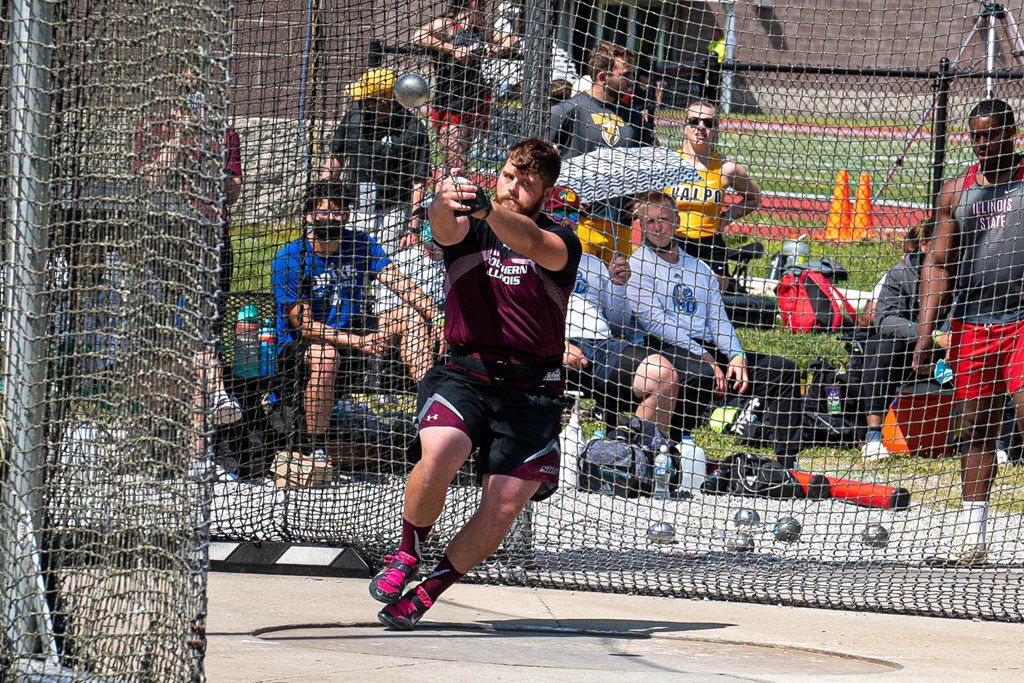 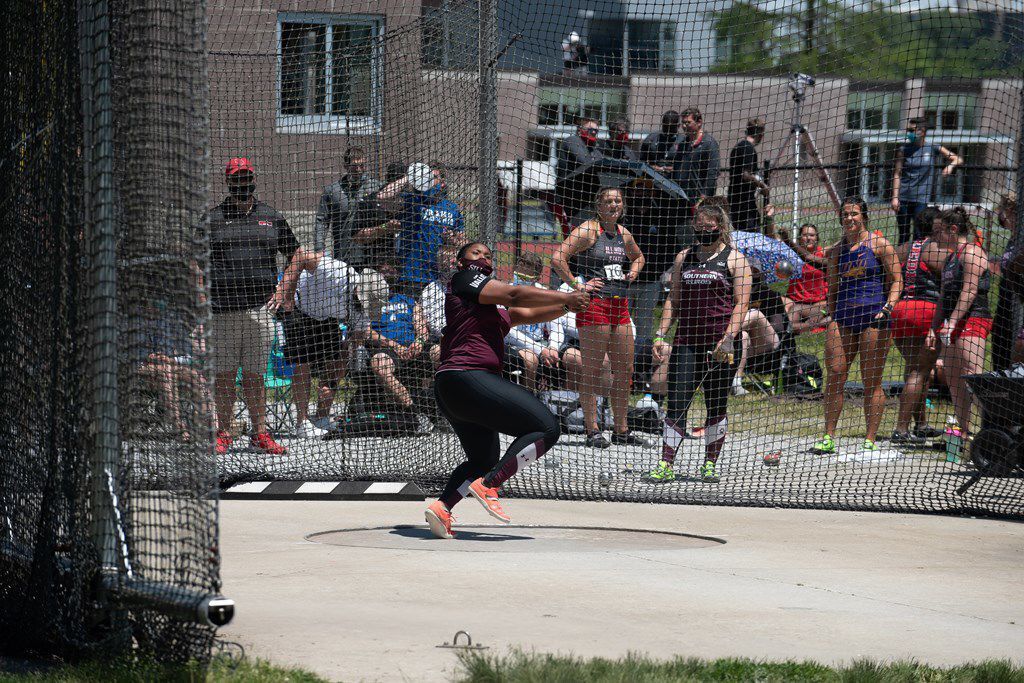 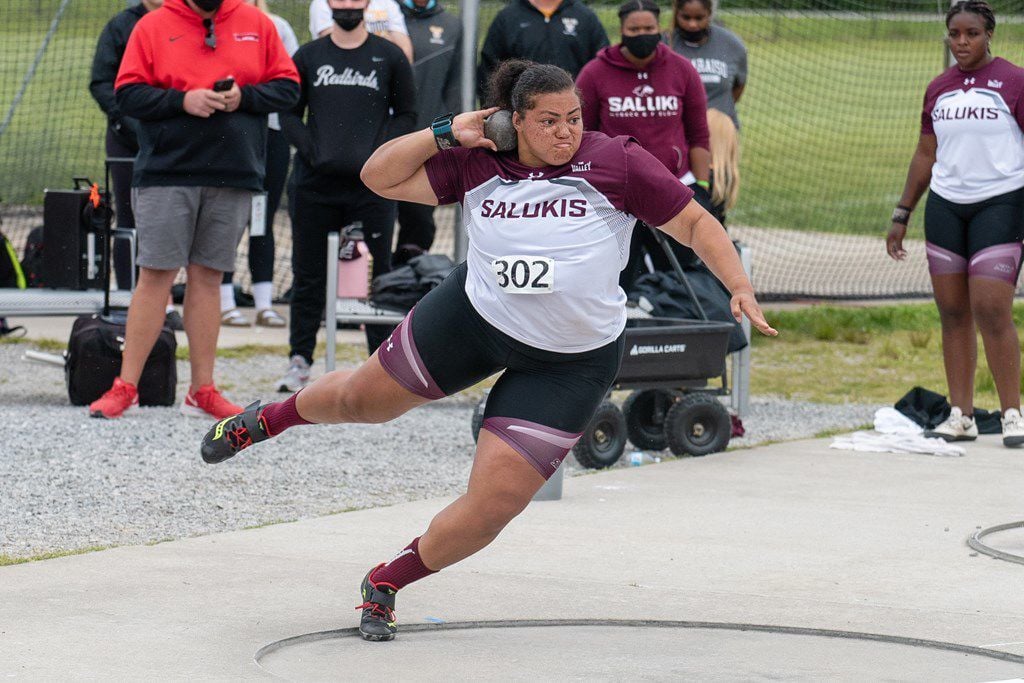 SIU's A'Veun Moore-Jones, a Mount Vernon native, competes at the Missouri Valley Conference outdoor track and field championship in Carbondale. Moore-Jones is scheduled to compete at the NCAA outdoor championship in Oregon Thursday.

CARBONDALE — It only takes one throw to win the national championship in the field events, but SIU's trio at the NCAA outdoor track and field meet in Oregon face an uphill climb.

Senior Shauniece O'Neal is seeded 12th in the women's hammer throw, which begins Thursday in Eugene, and she's the highest-seeded Saluki this week. Senior Ricky Hurley has the 20th-best throw in the field of 24 in the men's hammer that begins Wednesday, and A'Veun Moore-Jones has the 21st seed in the women's shot put. SIU hasn't had an outdoor national champion since Olympian Deanna Price won the women's hammer in 2016, and a Saluki male hasn't won an outdoor national title since Darrin Plab won the high jump in 1992.

O'Neal reached the national meet for the third time in her career after taking fifth at the West Preliminary in College Station, Texas, with a throw of 213 feet, 5 inches (65.04 meters). The Florissant, Missouri native hasn't finished worse than fifth in the seven meets she's competed in this year. She became the first Saluki since 2017 to earn first team All-American honors after placing seventh in the weight throw at the NCAA indoor national championship.

Moore-Jones qualified for the national meet for the second time in her career after she placed 10th in the shot put at the West Prelims. The Mount native threw a personal-best 55-1.50 (16.80m), which is tied for the fifth-best outdoor mark in program history. She becomes the first female Saluki since Raven Saunders in 2015 to qualify for both the indoor and outdoor national meets in the shot put in the same season.

Moore-Jones will compete in Flight 2 of the women's shot put Thursday beginning at 5:40 p.m.

Fans can watch all three competitions on ESPN3. ESPNU and ESPN2 will also feature some coverage of the outdoor championship.

HOW TO WATCH THE SALUKIS

Here's how you can catch SIU's Ricky Hurley, A'Veun Moore-Jones and Shauniece O'Neal at the NCAA outdoor track and field championship:

Watch now: Bears count on Danny Trevathan aging up not out

CARBONDALE — SIU senior Ricky Hurley punched his ticket to the 2021 NCAA outdoor track and field championships in Eugene, Oregon in the hammer…

Madison Meyer ran the fastest 800-meter race she ever had Saturday, but it was not enough to catch Illinois State's Jordyn Bruce in her historic pursuit of a third heptathlon conference championship.

SIU's A'Veun Moore-Jones, a Mount Vernon native, competes at the Missouri Valley Conference outdoor track and field championship in Carbondale. Moore-Jones is scheduled to compete at the NCAA outdoor championship in Oregon Thursday.