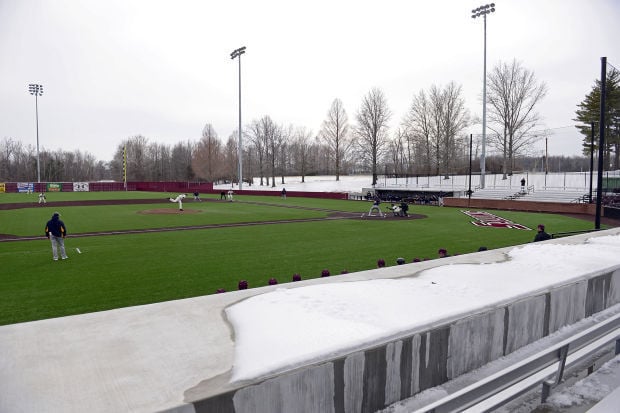 Southern Illinois takes on Murray at Itchy Jones Stadium in the 2015 home opener for the Salukis. Murray State won 3-2 in 11 innings. 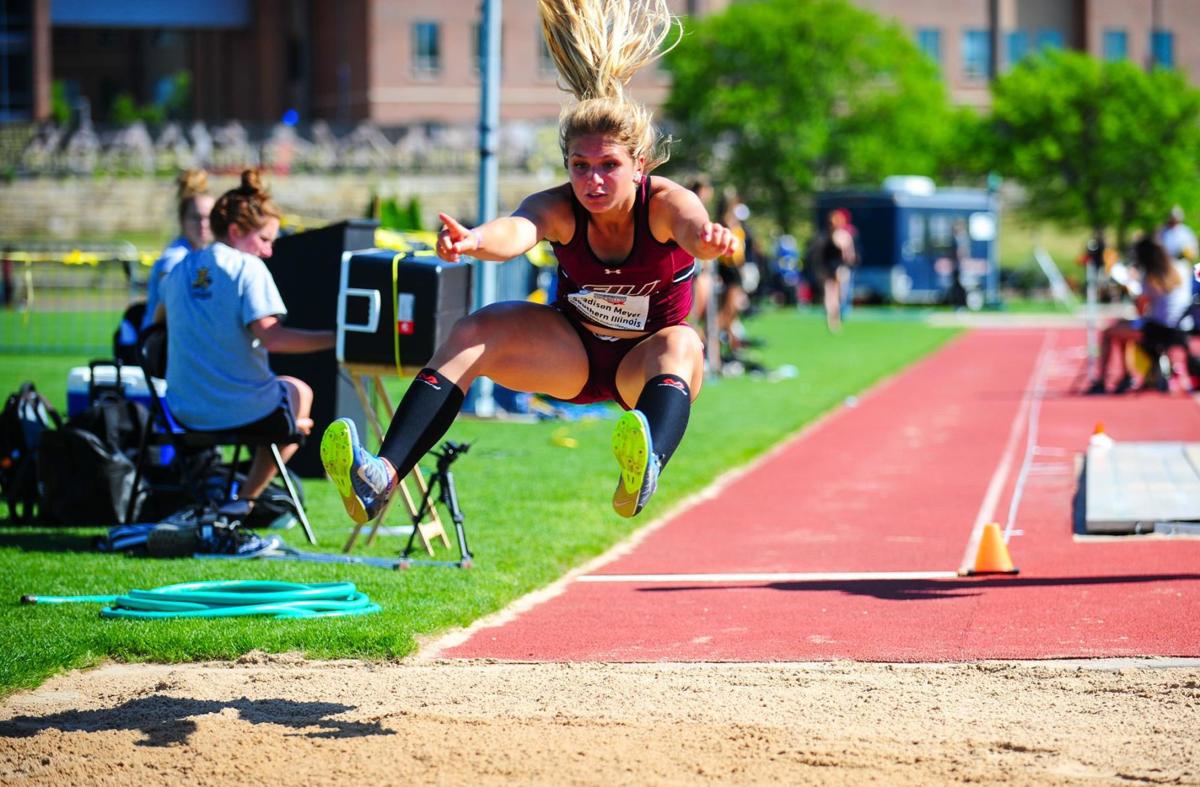 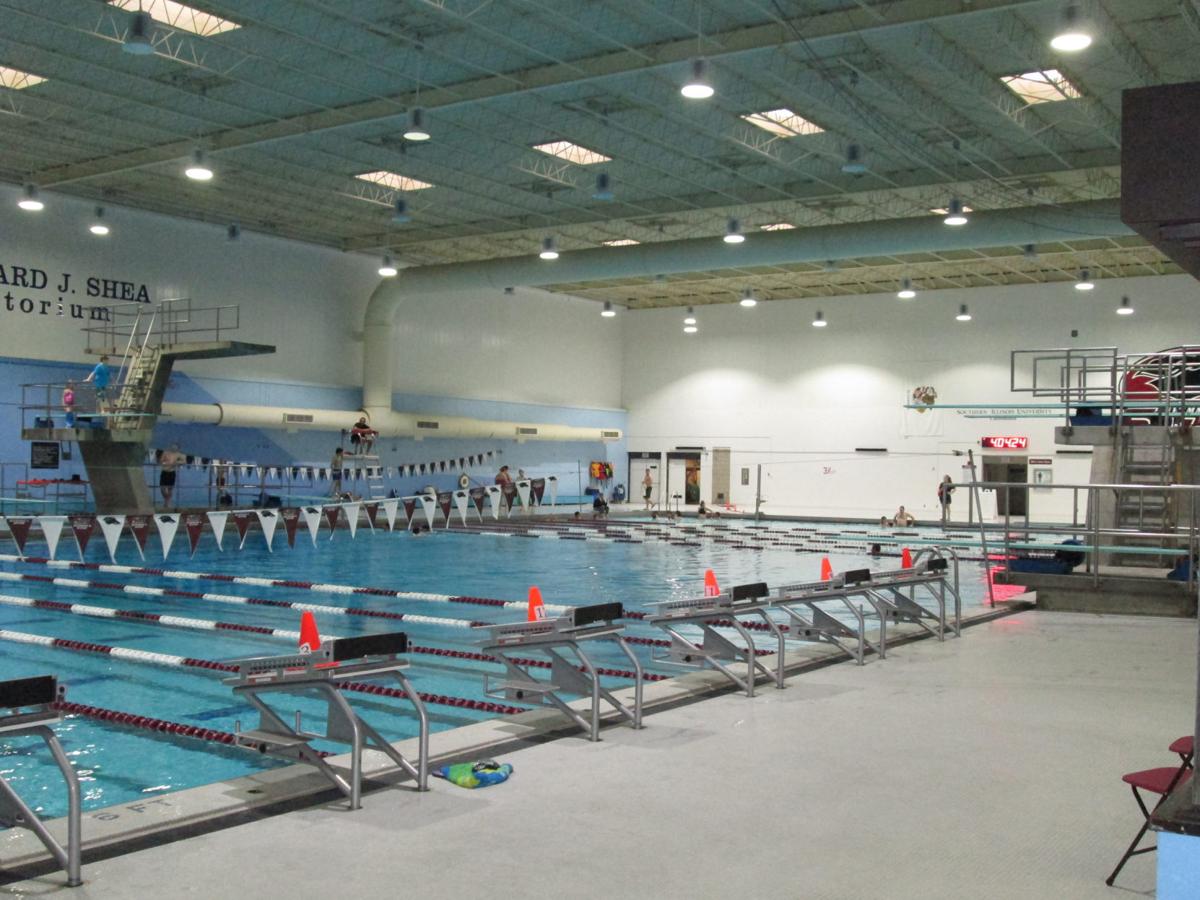 The pool at the Shea Natatorium is the largest pool in the area. The 880,000-gallon pool is a great place to swim laps, take groups classes or to relax with family and friends. It will host the Missouri Valley Conference women's swimming and diving championship in 2020-21.

CARBONDALE — SIU will host the Missouri Valley Conference championship in three sports during the upcoming school year and a fourth event in Missouri, the league announced Wednesday.

The Salukis won the bids to host the MVC baseball tournament, women's golf championship in St. Charles, Missouri, the women's swimming and diving championship and the outdoor track and field championship earlier this month. The MVC Presidents' Council approved the bids Friday during their league meeting for the 2020-21 school year.

SIU renovated Abe Martin Field in 2014 for $4.2 million and renamed it after Jones, a longtime baseball coach that was inducted into the MVC Hall of Fame in March. Jones was scheduled to have his number retired this year, but that honor has been rescheduled and is expected to take place during the 2021 season. The field has two different kinds of AstroTurf on the field, 3D Extreme in the outfield and 3Di on the basepaths. The pitcher's mound is a traditional natural surface, while the remainder of the field's playing surface is comprised of AstroTurf.

SIU hasn't hosted the outdoor track and field championships since 2014 but will host all 10 schools' men's and women's teams at the Lew Hartzog Track and Field Complex May 14-16. The complex features a 400-meter track with a full-depth polyurethane synthetic surface, accommodations for NCAA-regulation field events and spectator seating for nearly 1,000 fans, with future expansion capability. The facility also features a 4,500-square foot track and locker support building.

SIU's Shea Natatorium, located in the SIU Rec Center, hosted the MVC women's swimming and diving championship from 1994-2007 and from 2009-16 before the event went to a neutral site the last four years. The Salukis will host the 2020 MVC championship Feb. 18-20.

Notably, Evansville will host the MVC softball tournament for the first time since 2003 next May at James & Dorothy Cooper Stadium. Illinois State will host the MVC volleyball tournament over Thanksgiving weekend Nov. 26-28 in Normal. Northern Iowa will host the indoor track and field championship at the UNI-Dome Feb. 27-28. The women's soccer tournament, which takes only the top-four seeds, will be played at campus sites. SIU's second-year program is entering MVC play this fall for the first time after competing as an independent last year.

Second-year SIU volleyball coach Ed Allen released a tentative 2020 schedule earlier this week, featuring five matches against teams which reached the NCAA Tournament last fall and 12 matches against opponents that finished in the top half of the RPI last year

CARBONDALE — SIU already has the plans in place for the 2021 Missouri Valley Conference baseball tournament. Now it just hopes it's given the …

Southern Illinois takes on Murray at Itchy Jones Stadium in the 2015 home opener for the Salukis. Murray State won 3-2 in 11 innings.

The pool at the Shea Natatorium is the largest pool in the area. The 880,000-gallon pool is a great place to swim laps, take groups classes or to relax with family and friends. It will host the Missouri Valley Conference women's swimming and diving championship in 2020-21.