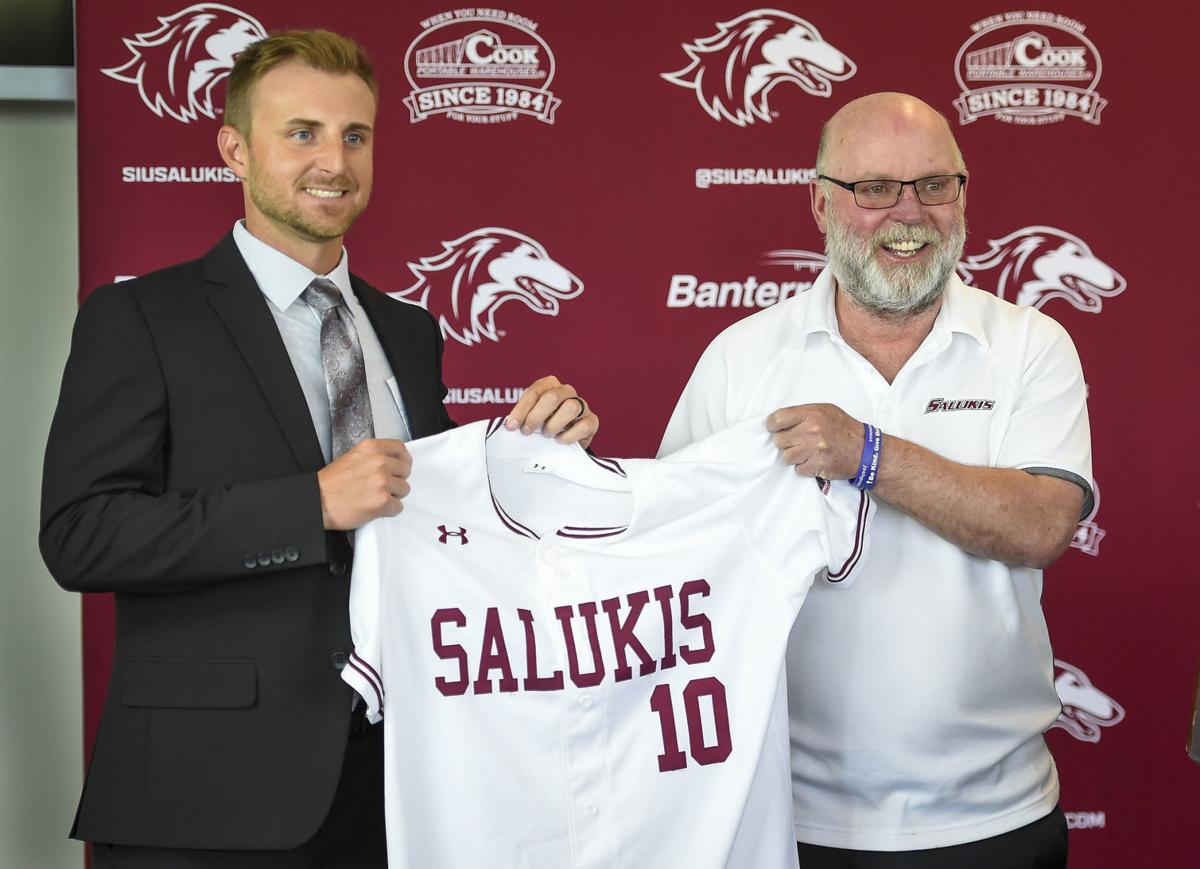 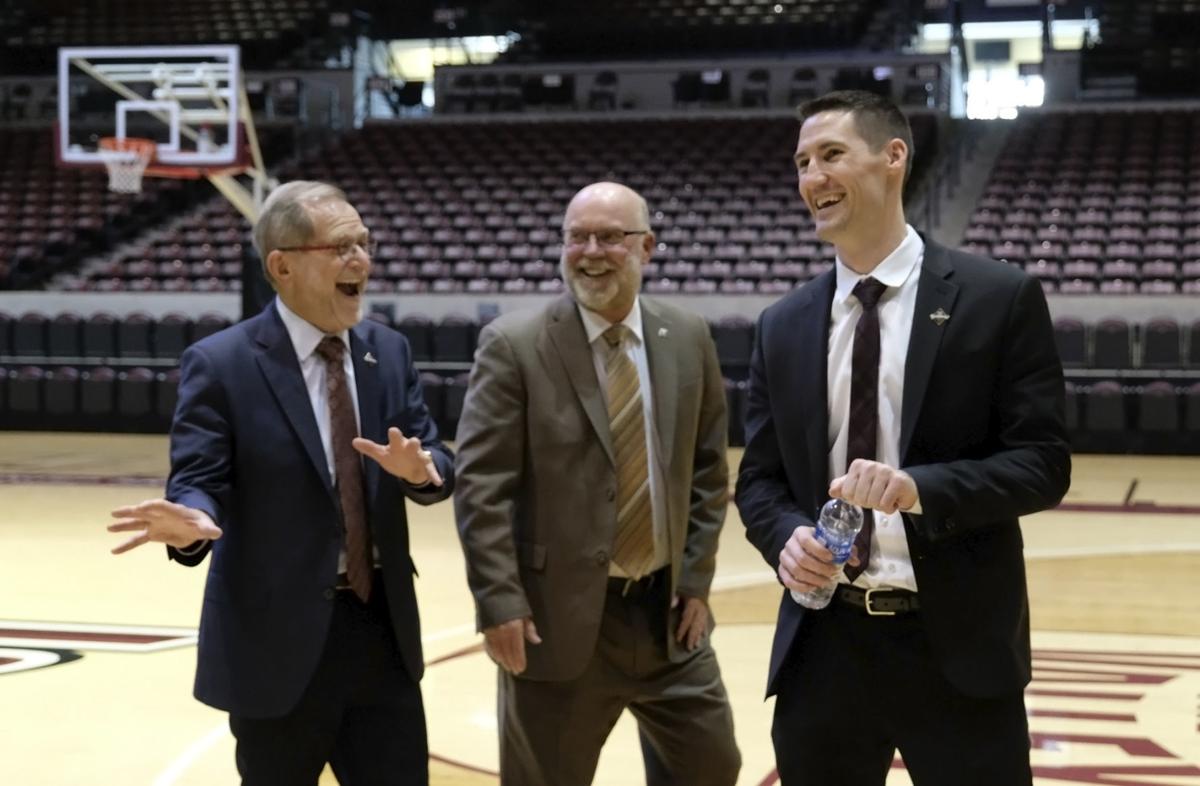 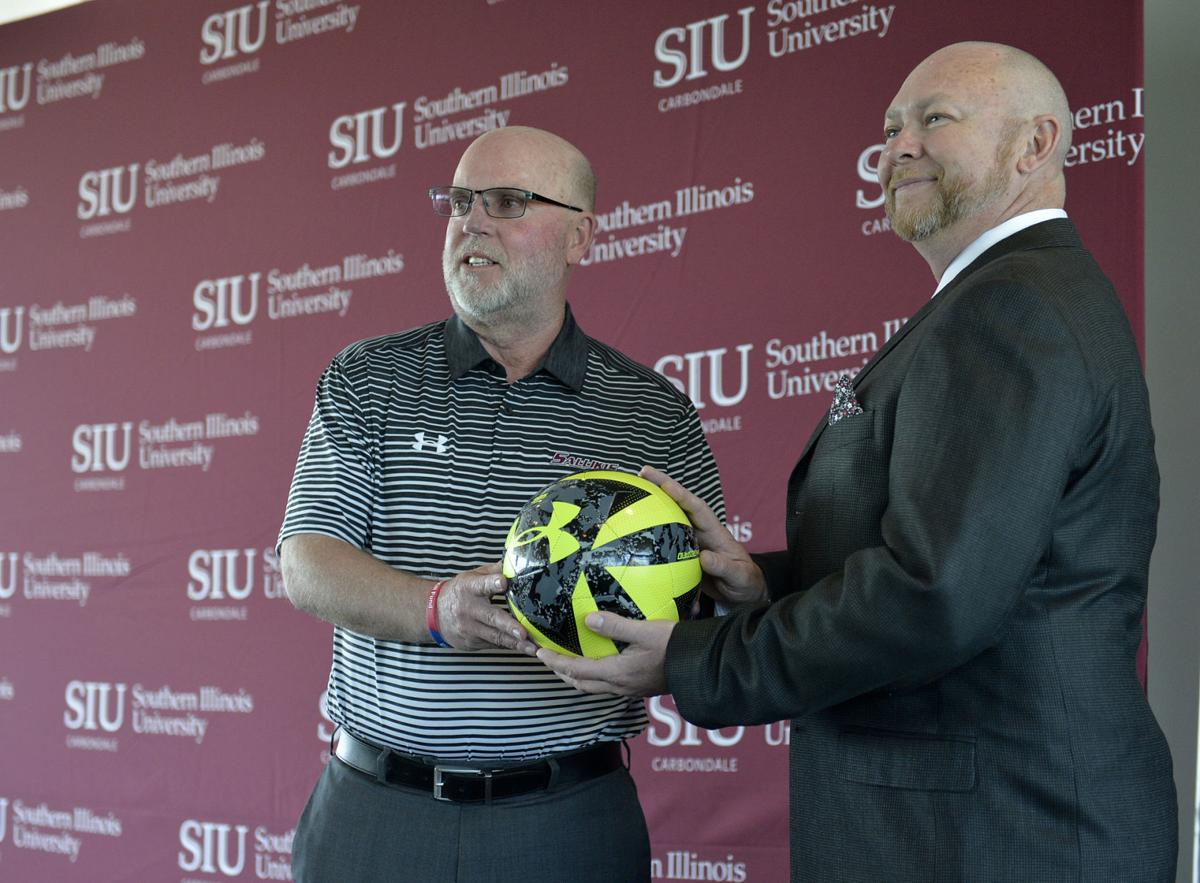 Rhodes, the Salukis' new head baseball coach, rounded out a shake-up that began when Kill wasn't even sure if he would stay on as athletic director. Kill, who came back to SIU as the special assistant to former chancellor Carlo Montemagno in 2018, became the acting athletic director when Montemagno decided not to renew former leader Tommy Bell's contract. Kill was battling cancer at the time, and was brought in to help fundraise for the school, help raise SIU's dwindling enrollment and help the school maneuver Montemagno's academic restructuring plan.

"Some things we had to do. Some things were difficult to do," Kill said. "I didn't plan on having the job, for one, with somebody else making the decisions. Sometimes you have to make ... I'm a coach, and sometimes you have to make tough decisions as a coach. You make tough decisions in life, and you've gotta take everything personal out of it. You gotta do what's best for the school, I think, and the program."

SIU had recently failed a Title IX investigation — which carried the possible penalty of losing all federal funds — a $3 million-plus deficit in the athletic department, an NCAA violation by a member of the swimming and diving staff, and fan apathy toward the two major sports, men's basketball and football. The swimming program was put on three years probation and fined by the NCAA after diving coach Chunhua "Joy" Zhao allegedly arranged impermissible tryouts and lessons for prospective athletes and two international students before and after they enrolled.

Hoping to concentrate on fundraising, Kill brought Jeff Jones, his former director of player personnel when they were with Minnesota football, back as one of his top administrators, and he lured Liz Jarnigan from the Air Force Academy to be his second in command. The Salukis are on track to tackle their Title IX requirements, Kill said, but the rest are problems that will require longer-term solutions.

Even after developing endowed scholarships for 16 of SIU's 17 sports and nailing down the most lucrative naming rights deal in Saluki history — Banterra Bank has pledged $4 million or more over the next five years for naming rights to the SIU Arena — the department still faces financial constraints with paying off Saluki Way and battling enrollment.

Hiring Rhodes, a former assistant coach at Missouri who helped the Tigers to eight wins over top-25 teams last season, brought some momentum to a program that had been waning. SIU had six losing seasons in the last seven years under long-time coach Ken Henderson, a man who was either an assistant, acting head coach or the leader of the program for over two decades.

Henderson and Kill have known each other for years, but it was tough to say it wasn't time for a jolt.

"And I can't tell you how much I appreciate what Ken has done. He's a friend of mine, so that was a very tough decision," Kill said. "He's a good friend. He's a good man. He's been good in this community. He's special, all that stuff. I've had a lot of people reach out, and people are excited we've hired coach (Rhodes). Sometimes you get negative all the time, but it's been good.

"People love basketball, but you can tell by the turnout (at Monday's Rhodes press conference), they love baseball. They want to see us competin'."

Women's golf coach Alexis O'Brien, who led the Salukis to 20 tournament titles and six top-five finishes at the league tournament, resigned after getting married in 2018 to become a teaching pro in Vancouver, Washington. Kill hired former Saluki Daneille Kaufman, who merely led a team she didn't recruit to the MVC tournament championship.

Swimming and diving coach Rick Walker, the longest-tenured coach at SIU, announced his retirement last year. Geoff Hanson, a former swimmer at the University of Arizona who led Colorado Mesa College to its highest finish ever at the Division II national championships, was a good fit here.

Fit, Kill said, is not always the same thing for every sport even though they compete at the same school.

"I was a good fit here when I was here, because I loved the people, but every culture is different," he said. "(Rhodes) is a perfect fit because he's from here. His roots are from around here. Bryan Mullins is a perfect fit because he played here. Then you got a guy from Alabama (volleyball coach Ed Allen), and you think 'Well, what the hell?,' but Alabama is more rural than you think. And Rosalind has her ties into Connie Price(-Smith) and she knew what she was getting into. Danielle (Kaufman) was a great fit because she played here."

Hanson admitted he had doubts about the situation he was about to walk into. Past succeeding a legend like Walker, Illinois has economic challenges, SIU has challenges, and the athletic department has challenges, he said. But the opportunity also has potential, and, most importantly, Kill at the wheel.

"My brother moved away from Illinois recently, so, you know, I picked his brain with how things are going, overall," Hanson said. "But, the commitment, No. 1, from the athletic department and from coach Kill really sold me on how we can move forward here, and then, just getting to know more about the institution and all the restructuring that is going on, I think, everything is pointed in the right direction. It just takes a little bit of time to get it back to where it was in its heyday."

Kill had only two positions to hire when he came on, women's soccer and women's golf. Allen, the former head coach for the Crimson Tide, is here primarily because former coach Kari Thompson failed. Mullins, the youngest head men's basketball coach in the Valley, would not be the perfect fit at every school in the league. But at SIU, where he was a Hall of Fame point guard, he was a great candidate after helping Loyola to the regular-season conference championship the last two years.

Mullins is also here because the previous coach, Barry Hinson, failed to get the Salukis to the postseason. Rhodes, who helped Southeast Missouri State to the NCAA regionals in 2016 as an assistant coach, is also here because the previous staff couldn't get the team where many thought they could be. The Saluki baseball team used to play in the College World Series back in the 1970s, and hasn't reached the postseason since 1990.

"We gotta get better over here before our school gets better," Kill said. "We gotta win."

Here's a look at Kill's reboot of the athletic department:

Swimming and Diving: OUT: Rick Walker / IN: Geoff Hanson

Track and Field: OUT: Kathleen Raske / IN: Rosalind Joseph

CARBONDALE — The SIU Board of Trustees approved a change to the job title for Jerry Kill, who has served as a special assistant to the chancel…

CARBONDALE — Head coach Rick Walker announced that he plans to retire at the conclusion of the 2018-19 season, after 32 years with the Souther…

SIU Men's Basketball | In tearful goodbye, Hinson steps away from Salukis after 7 seasons