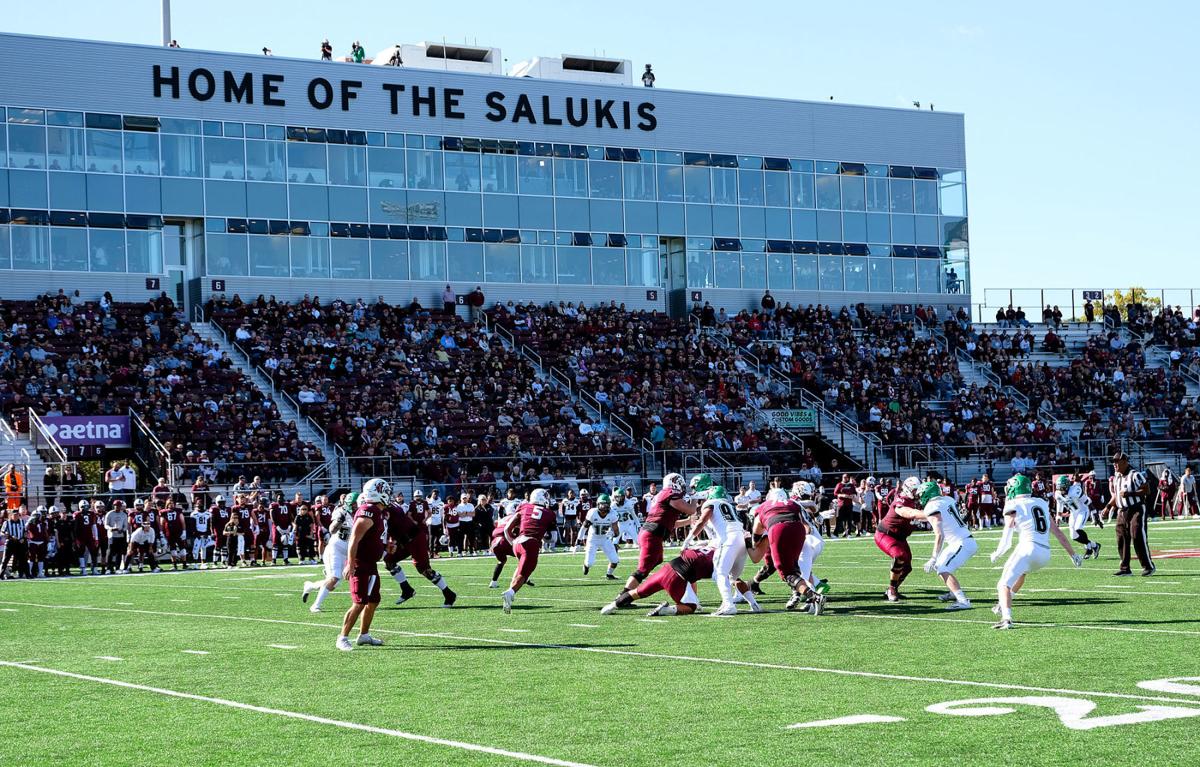 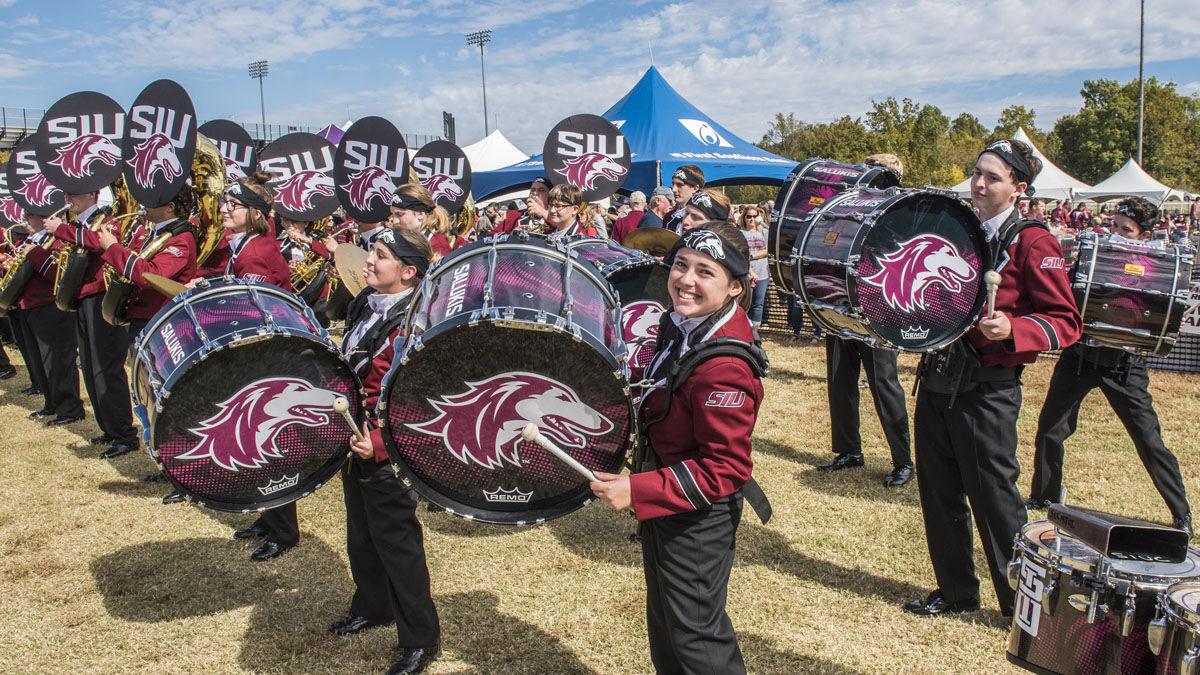 The Marching Salukis perform at the tailgate during Southern Illinois University Carbondale's Homecoming. 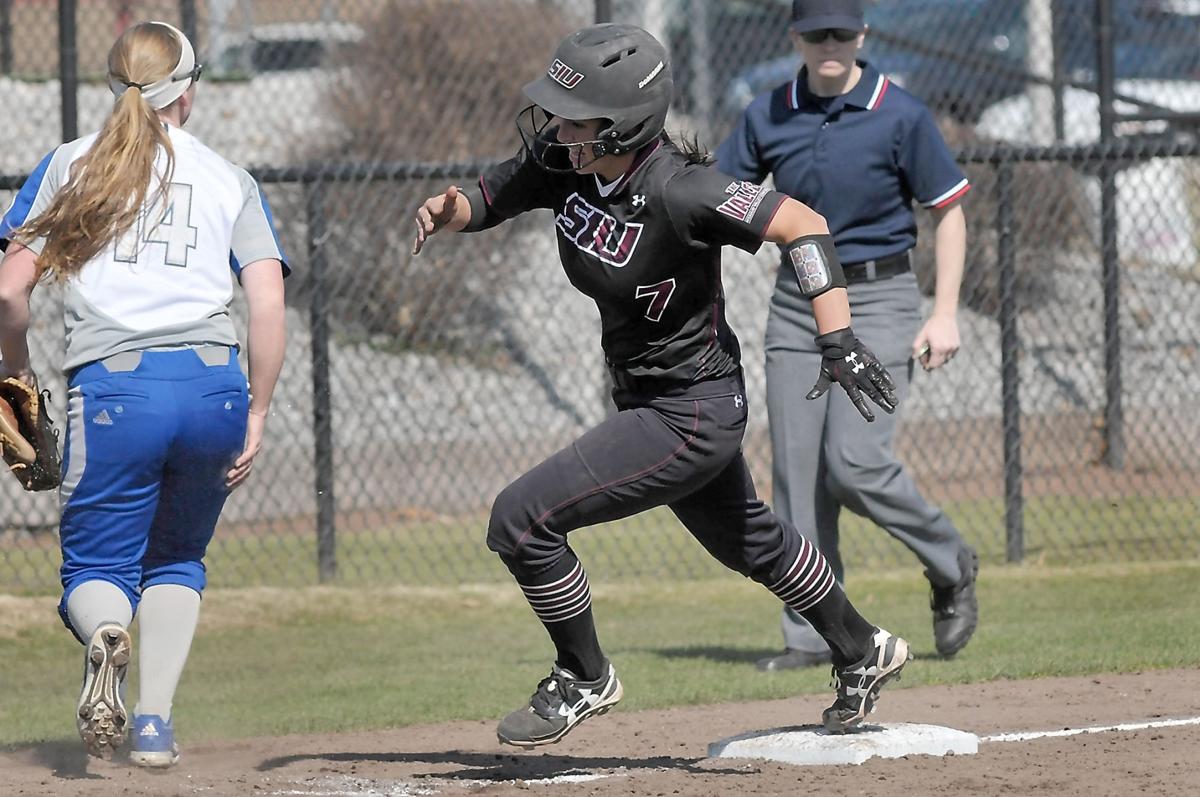 Kelsey Gonzalez rounds third on her way to score for the Salukis in the third inning against Eastern Illinois in the Coach B Classic on Saturday at Charlotte West Stadium in Carbondale.

CARBONDALE — SIU may start the new year with a new athletic director, according to interim leader Matt Kupec.

The university has hired Parker Executive Search, which is based near Atlanta, to find its new leader for its 17 sports. SIU Chancellor Austin Lane hopes to have one in place as quickly as December, Kupec said, with the application deadline near the end of this month.

"Applications, or resumes, are due in by Oct. 29, so, we're moving along," Kupec said. "I think the expectation is by late December, have all the interviews done and select a candidate. I believe we're going to move along very fast on that. That is the intent. I think we will."

Lane fired Liz Jarnigan in September without just cause, and the university finalized a separation agreement that will pay her more than $400,000 over the next two years. Lane declined to say specifically why he let Jarnigan go. Lane said as the chancellor he is constantly evaluating his staff and has the ability to make changes whenever he feels like one is warranted. Kupec, the director of the SIU Foundation, was appointed as the interim athletic director shortly after Jarnigan was let go in September.

Kupec, a former quarterback at the University of North Carolina, said he is not interested in the permanent job but feels like it is a great opportunity. Even though the department has seen significant cutbacks — Lane said it had run a deficit close to $9 million the last few years and couldn't continue on that path — some of the Salukis' team sports had tremendous success even with COVID-19 complicating things. The softball team made the NCAA Tournament as an at-large bid in the spring of 2021. The baseball team set the school record for home runs in a season and flirted with its own NCAA bid before closing a 40-20 season. The football team made its first playoff run in 12 years in its first spring season, reaching the FCS quarterfinals under former quarterback Nick Hill.

Parker Executive Search is one of the most famous firms in the country. It has worked with Vanderbilt, North Carolina State, Buffalo, Dartmouth, Northwestern, Notre Dame, Oregon and the Tennessee Titans of the NFL recently. It helped select Nina King as Duke University's new athletic director in May and Desiree Reed-Francois as the new athletic director at Missouri in August. Indiana State, a member of the Missouri Valley Conference with SIU, used Parker to help find its new provost and vice president of academic affairs in 2013. The Sycamores eventually chose Bill Williams.

SIU's next athletic director must be a fundraiser and a motivator, Kupec said.

"I think they have to be a leader, has to be a motivator, the business side is very important. Has to be a revenue-generator, and there has to be accountability in there," Kupec said. "The one thing I've learned here, and I've learned a lot, I believe we will be the best FCS program in America. I think it's here. I think our coaches, our facilities, we're there. We're close there now. We compete in a very good conference, but I think our ability to generate some revenue is going to be really important."

Lane, who will make the final decision after the search firm helps whittle down the candidates to a few finalists, also said fundraising will be a big part of the job. Lane said the finalists for the job would become public, and as they were in 2015, would be brought to campus to meet with students, faculty and the community. SIU selected Tommy Bell for the job in 2015.

"I hope to see leadership. I hope to see someone who is financially astute, as far as understanding the budget," Lane said. "I hope to see a fundraiser. Someone who is aggressively forming relationships with not only our donors but our community, and really get out and market and sell the program. We have to be good stewards of taxpayer dollars and donor contributions. We're a state university. We've got to be mindful. There are not many athletic departments that are operating in the black. We know that across the country. And most are operating in the red. The question is the tolerance level. How much red can you operate in before it really impacts the entire university budget?"

SIU currently has 17 sports and competes in the MVC and the Missouri Valley Football Conference. The new athletic director will be the Salukis' fifth permanent leader in the last six years. Mario Moccia, who is now the athletic director at New Mexico State, left in 2015. Bell followed him for three years before getting let go in 2018. Dr. Harold Bardo served as the interim athletic director before former football coach Jerry Kill took the job in 2018 and brought Jarnigan on as an assistant athletic director. After Kill left in 2019 to return to coaching, Jarnigan was appointed athletic director by interim chancellor John Dunn.

HISTORY OF ATHLETIC DIRECTORS AT SIU

Lawyer: Jarnigan terminated 'without cause,' will be paid full amount

Statements from the former Athletic Directors attorney say that she was notified of her termination via written notice on Sept. 9th.

The Marching Salukis perform at the tailgate during Southern Illinois University Carbondale's Homecoming.

Kelsey Gonzalez rounds third on her way to score for the Salukis in the third inning against Eastern Illinois in the Coach B Classic on Saturday at Charlotte West Stadium in Carbondale.