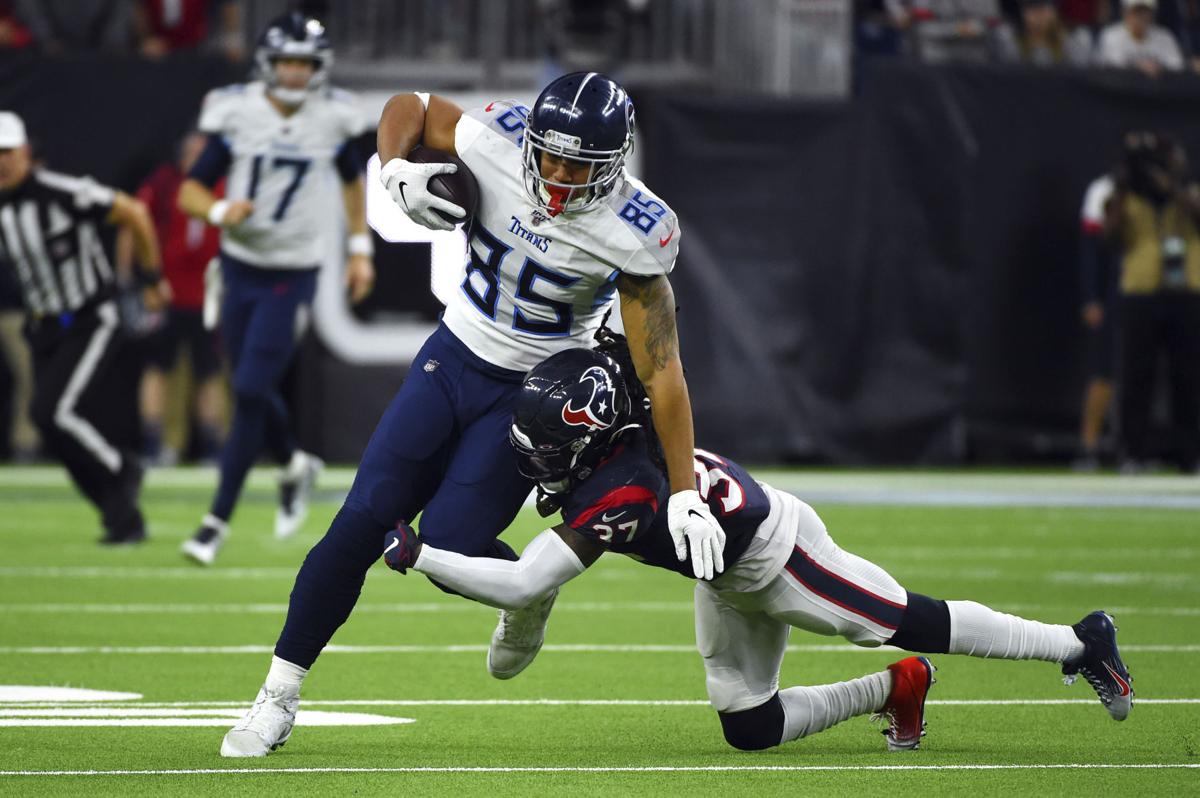 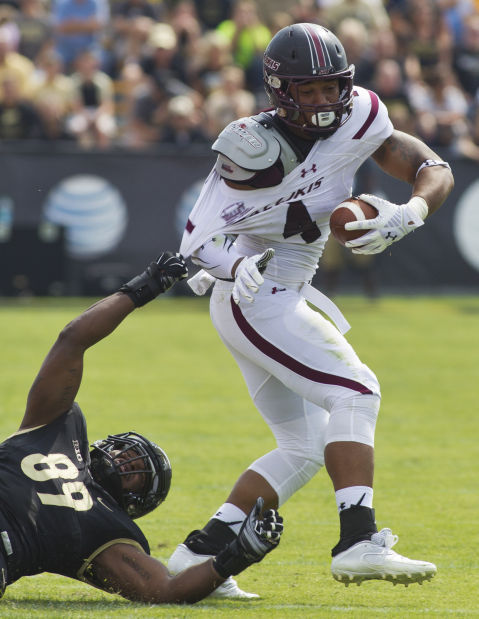 SIU's MyCole Pruitt pulls away from Purdue's Jalani Phillips during a game earlier this season.

Two former tight ends join the SIU Hall of Fame, the mid-season report card, and a look at the Salukis-Fighting Hawks series, all in today's Saluki Football 4-Down Territory.

For all the latest on SIU Football and the MVFC, tune in to the 4-Down Territory at thesouthern.com every Monday, Wednesday and Friday at 4 p.m. during the season. Digital subscriptions start at $1 for six months ($10.99 a month after that) or $3.77 for 13 weeks for Digital Platinum, for faster-loading web pages. Print and digital packages, which include The Southern Illinoisan in your mailbox every Tuesday through Saturday, start at $32 a month.

Damon Jones was a late arrival at the SIU Hall of Fame induction ceremony Friday night (he last played here in 1996), and MyCole Pruitt had to join virtually because of the Titans' schedule, but both of the program's best tight ends are in. Jones played five years in the NFL, and Pruitt is in his seventh this year, now back with the Titans after starting the year on San Francisco's roster.

The two joined five others in SIU's 2021 class, Randal Falker (basketball), Cartaesha Macklin (basketball), DeAnna Price (track and field), John Smith (track and field) and Meg Viggars (volleyball). Viggars, a professional player in France, also made a speech in a video played at Friday night's induction ceremony on the concourse of the Banterra Center. The five that appeared Friday night are expected to attend Saturday's Homecoming football game against No. 22/24 North Dakota.

SIU coach Nick Hill coached Pruitt for one year as the offensive coordinator, and got to know Jones over the years as the face of the franchise.

"I'm super excited. There's nobody more deserving than MyCole, as far as the All-Americans and the statuses, the records, the catches. All of that. He earned all of that, and now, shoot, he's still rollin'. He caught a touchdown this past weekend," Hill said. "Just proud of him, and so, excited about all of the Hall of Famers. I'm a Saluki. I was a teammate of Randal's for a year and became friends with him. My senior year I was his biggest fan, 2007. That was a heckuva year.

"I've gotten to know Damon over the years, as well. Always has a good time when he comes back. Big presence, big personality. I'm happy for him, and I know he is super excited, which he should be. There for a little while it was him and Bart (Scott) in the NFL."

SIU is off to its best start since 2014, when it started 5-1. You can read The Southern's mid-season report card in Saturday's editions.

Ranked fourth in both of the major polls this week, the Salukis are at their highest ranking since 2010, when they were fourth in the Stats Perform list and second in the coaches poll. If you can't read the mid-season report card in Saturday's paper, you can catch it at thesouthern.com.

Third Down: SIU, UND to meet for third time

Then-coach Dale Lennon was not happy about playing his former players in the eighth game of his first season here, but there they were Nov. 1, 2008. SIU was 5-2 with Jerry Kill's players, and headed for the first 8-0 run in MVFC history (it just expanded to eight teams). The Salukis beat the team that was then-known as the Fighting Sioux 40-21 on the way to a 9-2 squad. SIU lost at home to 10th-ranked New Hampshire, 29-20, in the opening round of the playoffs.

The Salukis didn't play UND, now known as the Fighting Hawks, until the spring of this year in the delayed MVFC season. SIU couldn't practice outside hardly at all that week because of bitter cold, and it showed. The Salukis turned it over five times and lost 44-21.

Round Three of the series is Saturday at 2 p.m.

Fourth Down: The Saturday MVFC schedule

Of the five MVFC matchups Saturday (Youngstown State is off), two involve two top-25 teams playing each other.

SIU Football | Trio of Salukis honored after win at SDSU

CARBONDALE — A trio of Salukis were honored after their come-from-behind win at previous No. 2/3 South Dakota State on Saturday.

There have been 199 games in Missouri Valley Football Conference history between two ranked league teams. The home team is 114-84 in those gam…

CARBONDALE — The toughest part of SIU's football season still may be ahead, but after the Salukis' second straight win over a top-25 team, the…

SIU's MyCole Pruitt pulls away from Purdue's Jalani Phillips during a game earlier this season.