Become a Member
Read Today's E-edition
Share This
SIU Football | 4-Down Territory: Lenoir makes most of 1-receiver play in OT
0 comments
Share this
1 of 2 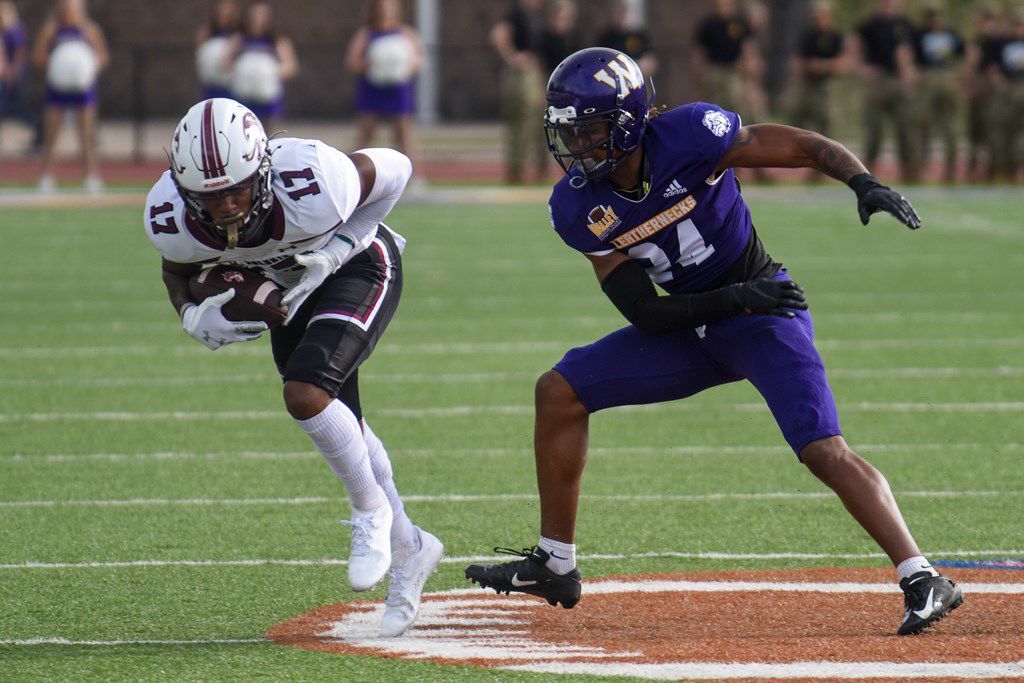 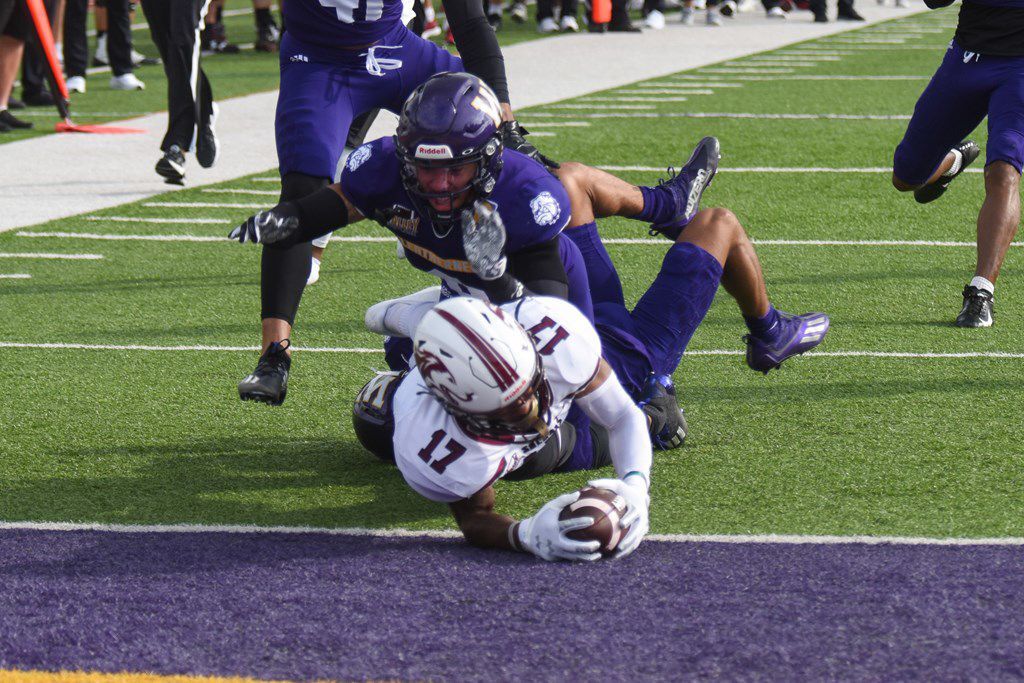 SIU wide receiver Landon Lenoir reaches the end zone at Western Illinois on Oct. 4th in Macomb. The then seventh-ranked Salukis beat the Leathernecks 31-30 in overtime at Hanson Field in Macomb.

For all the latest on SIU Football and the Missouri Valley Football Conference, tune in to the 4-Down Territory at thesouthern.com every Monday, Wednesday and Friday at 4 p.m. during the season. Digital subscriptions start at $1 for six months ($10.99 a month after that) or $3.77 for 13 weeks for Digital Platinum, for faster-loading web pages. Print and digital packages, which include The Southern Illinoisan in your mailbox every Tuesday through Saturday, start at $32 a month.

First Down: 'I trust Lando with my life to put it up there'

Lenoir found a way to top his 32-yard touchdown in the first quarter with a spectacular play in overtime Saturday at Western Illinois. The 6-foot-1, 192-pound senior caught a Nic Baker pass near the right sideline, broke a tackle, and turned it upfield for the score on the seventh-ranked Salukis' opening drive.

SIU had a shot to win the game on the final play, but senior kicker Nico Gualdoni missed a 45-yard field goal attempt wide left. The Salukis lost the toss, but took first blood in overtime. Baker faked a handoff off the snap, and lobbed it toward the back-left corner of the end zone for Lenoir, who just beat his man for the 25-yard touchdown. Lenoir was the only receiver downfield on the play, SIU coach Nick Hill said, and started blocking an WIU safety before checking out and going toward the corner.

"I thought Landon was phenomenal," Hill said. "His first touchdown, he makes a gutsy play, and the back-shoulder throw to get into field goal range was a heckuva catch. And then to secure that catch, that was big. Landon's playing the best football of his career."

Lenoir, who finished SIU's 31-30 win with five catches for 103 yards, said Baker put it where only he could get it after he got a step on his defender.

"After I went in, I just ran, put my head down. I looked up, and the ball was there," Lenoir said. "The last thing I thought was 'Just catch the ball.' It felt great. I was just trying to secure it, really. That was my main mission, not to look past and see if there were any flags, or penalties."

Baker was hoping the corner guarding Lenoir would bite on the play-fake, but he didn't, and wasn't more than a step or two behind the receiver's left shoulder when he let it fly.

"It was a fake-counter, a fake-counter blocking scheme, and we pulled the guard. Landon goes out and looks like he's blocking the safety," Baker said. "That was actually the play we called at SEMO, but a different way of running it. We thought that corner would bite on the run, but he didn't, he stayed with him. Lando made a good adjustment to just bust it outside. It was man-to-man. I saw that he had a step, and I trust Lando with my life to put it up there."

SIU's defense wrapped up the win when WIU scored on its first play in overtime and went for two. Linebacker Jakari Patterson tackled wide receiver Dennis Houston near the 3-yard line after the Leathernecks (1-4, 1-1) tried a peculiar double-pass for the game-winning two-point conversion.

Gualdoni's five extra points Saturday gave him an even 100 for his career. He is currently fifth in SIU history in PATs. Everhart is fourth with 126.

On his weekly press conference Monday, Hill said he was looking forward to SDSU running back Pierre Strong Jr. graduating. There's good reason for that. In three games against SIU, Strong, a 5-11, 205-pound senior who is up for the Walter Payton Award this year, has 465 yards and four touchdowns off 43 carries (10.8 yards per carry).

Strong had 48 yards on nine carries in the FCS quarterfinals in the spring against SIU. He had 229 yards and a score on 20 carries in 2019 and 188 yards and three scores the year before that. The Salukis have allowed seven rushing touchdowns this season. Strong has five touchdowns and 486 yards on 55 carries so far this season (8.8 yards per carry).

Fourth Down: Salukis fall a spot to 8th in Stats Perform poll

SIU fell one spot to eighth in the Stats Perform top 25 poll Monday, but remained seventh in the American Football Coaches Association list. The Salukis were one of six MVFC teams in both polls. South Dakota (3-2, 1-1) received votes in both polls.

Shortly after Western Illinois scored a touchdown in overtime Saturday night against No. 7 SIU, it lined up for the potentially-winning two-po…

CARBONDALE — Western Illinois picked up its first win of the season last weekend at Youngstown State, and needed a Missouri Valley Football Co…

SIU Football | 4-Down Territory: Big-play defense, the WIU series and the end of Ceasar's Saluki career

In today's Saluki Football 4-Down Territory, a look at SIU's big-play defense, its series with Western Illinois, and the end of an All-America…

SIU wide receiver Landon Lenoir reaches the end zone at Western Illinois on Oct. 4th in Macomb. The then seventh-ranked Salukis beat the Leathernecks 31-30 in overtime at Hanson Field in Macomb.