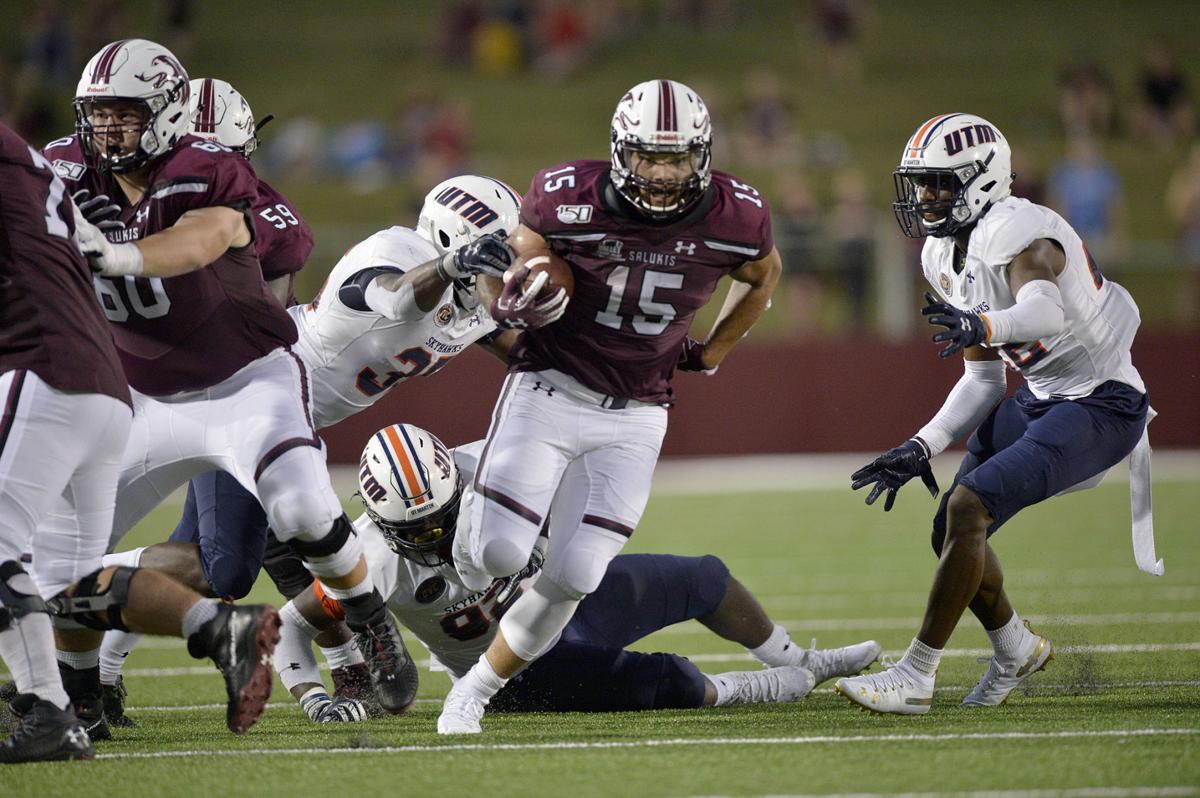 SIU running back Javon Williams Jr. (15) breaks through the UT-Martin defense on a 25-yard touchdown during the second quarter at Saluki Stadium last season in Carbondale. 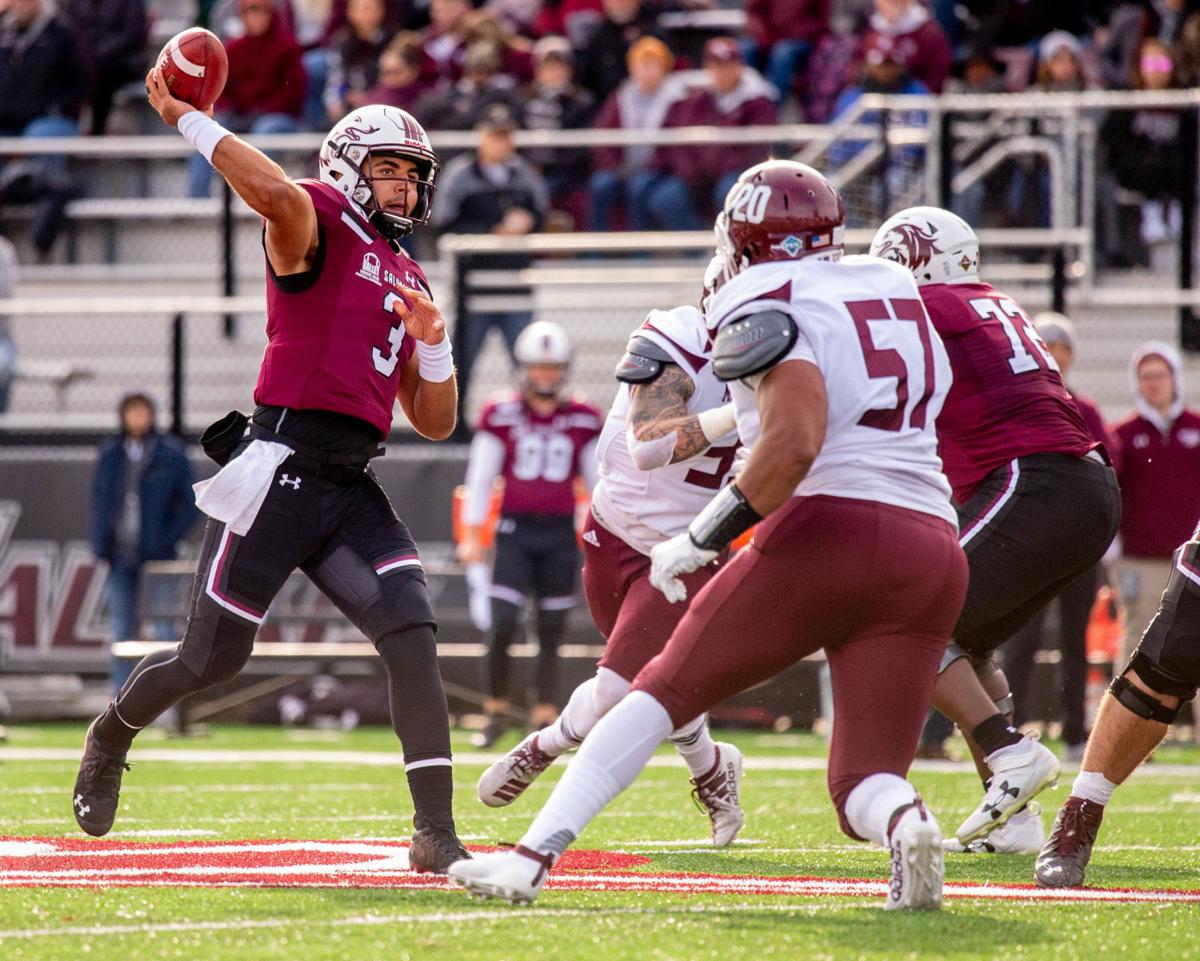 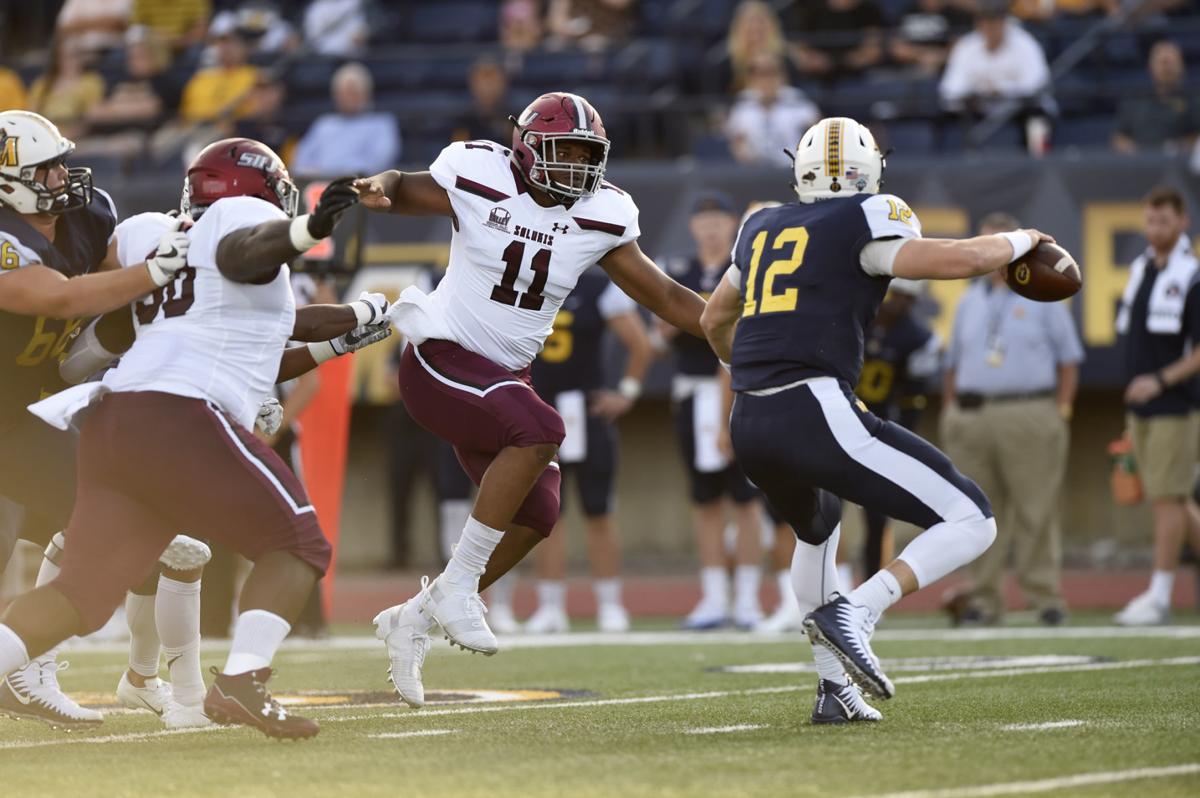 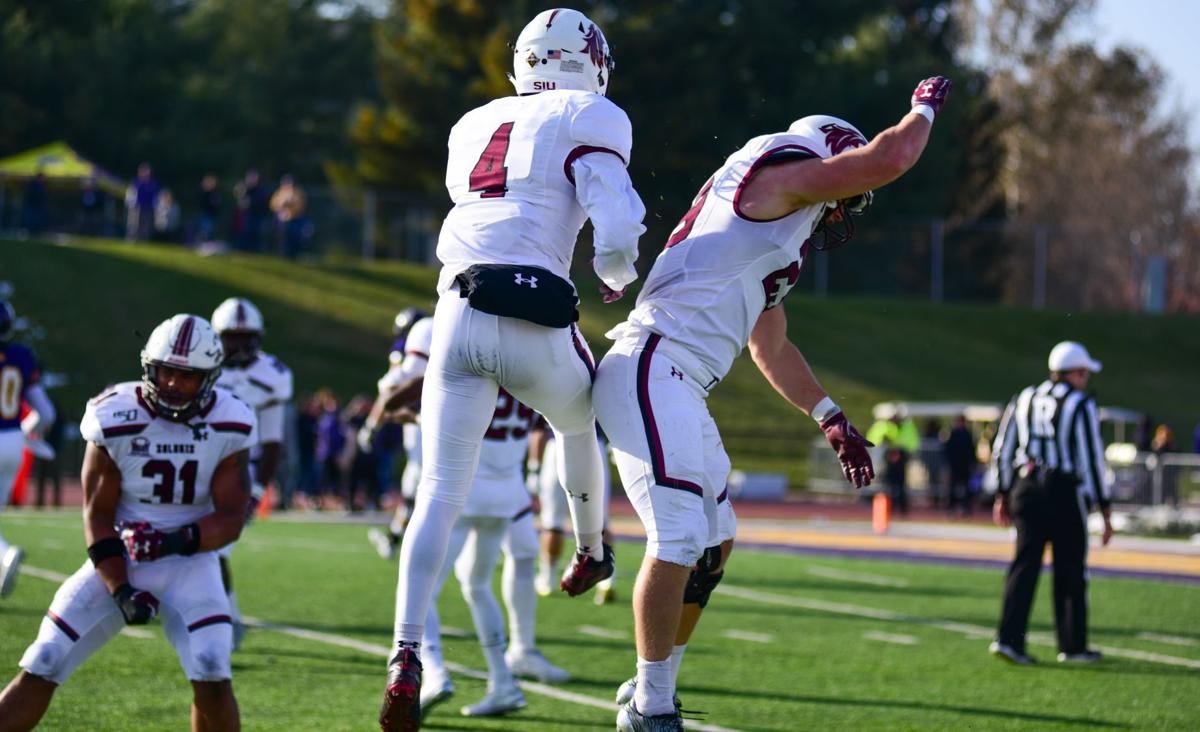 CARBONDALE - We have no idea what it will look like, or how long it's going to last, but the SIU football team is kicking off its 2020 season Friday with the first practice.

The Salukis finished strong in 2019, winning five in a row before falling at home to No. 1-ranked and unbeaten North Dakota State. The Bison finished off a perfect season with their third straight FCS national championship and will be favored to win it again this year. SIU, at 7-5 and 5-3 in the Missouri Valley Football Conference, missed out on the playoffs but will be very motivated to break through this fall.

The coronavirus pandemic may make all of this talk moot by next month, but for now, here are five burning questions for SIU in 2020:

The short answer is also the one you don't want to hear: nobody knows. Not the NCAA president. Not the NCAA Board of Governors. Not the MVFC, and certainly not the media. Even if the NCAA canceled the FCS playoffs, SIU could decide to do what James Madison is doing, and consider playing this fall even though the CAA called it off.

My guess on July 28? I think as long as the NCAA Board of Governors doesn't call off the FCS playoffs Aug. 4, the Salukis give it a try. Their players and coaches have done a good job of following team protocols designed to limit their possible exposure to the virus out in the world so far. Will it get harder when the students come back? Yes. So hard to derail the season? We'll see.

No. 2 — Will Javon score any touchdowns?

The most marked man on SIU's roster will be 6-1, 239-pound sophomore running back Javon Williams Jr. The Centralia native led the MVFC in scoring (including kickers) last season, and will be all over the field. Will he score 19 touchdowns again? It's tough to put it past him, honestly.

Teams figured out every time he was in the backfield, by himself, he was probably getting the football, and they still struggled to stop him. Williams might not return punts in 2020, but the Salukis will use him as much as they can outside of that, and return three starters on the offensive line. Quarterback Kare Lyles is back, as well as receivers Avante Cox and Landon Lenoir. Teams won't be able to just watch out for Javon.

Lyles nearly led the Salukis to a big upset win at Arkansas State, completing 19 of 31 passes for a season-high 288 yards and two touchdowns against, possibly, the best team they played last year. He threw eight interceptions in his first season as SIU's starter, including one in seven different games. Two of them came against Missouri State, when he also threw for a season-high four touchdowns.

The senior hasn't had two straight years in the same system in college since he started, so he should be comfortable. He's got great weapons around him, a great defense, and almost as important, a great punter. Why can't he lead SIU back to the playoffs?

No. 4 — What effect will the new secondary have?

This is question No. 4, but may be the biggest mystery of training camp. Safety Jeremy Chinn is now playing for the Carolina Panthers and was able to cover a lot of ground back there the last four years. SIU was high on Colorado transfer Aaron Maddox, a 6-1, 190-pound junior safety, in the spring and return leading tackler Qua Brown. Senior Jonathan Thompson has the most starting time out of the returning cornerbacks, and the Salukis added four transfers in Nygel King from Utah, Roderick Campbell from Northwestern, Christian Maddox from Pima Community College and Jermani Brown out of Iowa Western Community College at that position.

Could Western Kentucky transfer Clayton Bush play cornerback, too? SIU has needed several good players in the secondary the last few years because of injuries. This year the Salukis appear to be old and experienced at both spots.

Defensive end Anthony Knighton, one of the most quiet guys you'll meet, could quietly set SIU's career records for sacks and tackles for loss in his final season. Knighton enters 2020 with 21.0 career sacks, just 2.5 sacks away from tying James Phillips' record of 23.5 between 1977-80. Knighton needs 14.0 tackles for loss (he had 10.5 last year) to break Bryan Archibald's record of 48.0 set in 2001.

With Jordan Berner on the other side of the line and several quality tackles on the roster, Knighton will get his shot.

SIU, UTM in talks to move Sept. 3 football game back

SIU running back Javon Williams Jr. (15) breaks through the UT-Martin defense on a 25-yard touchdown during the second quarter at Saluki Stadium last season in Carbondale.