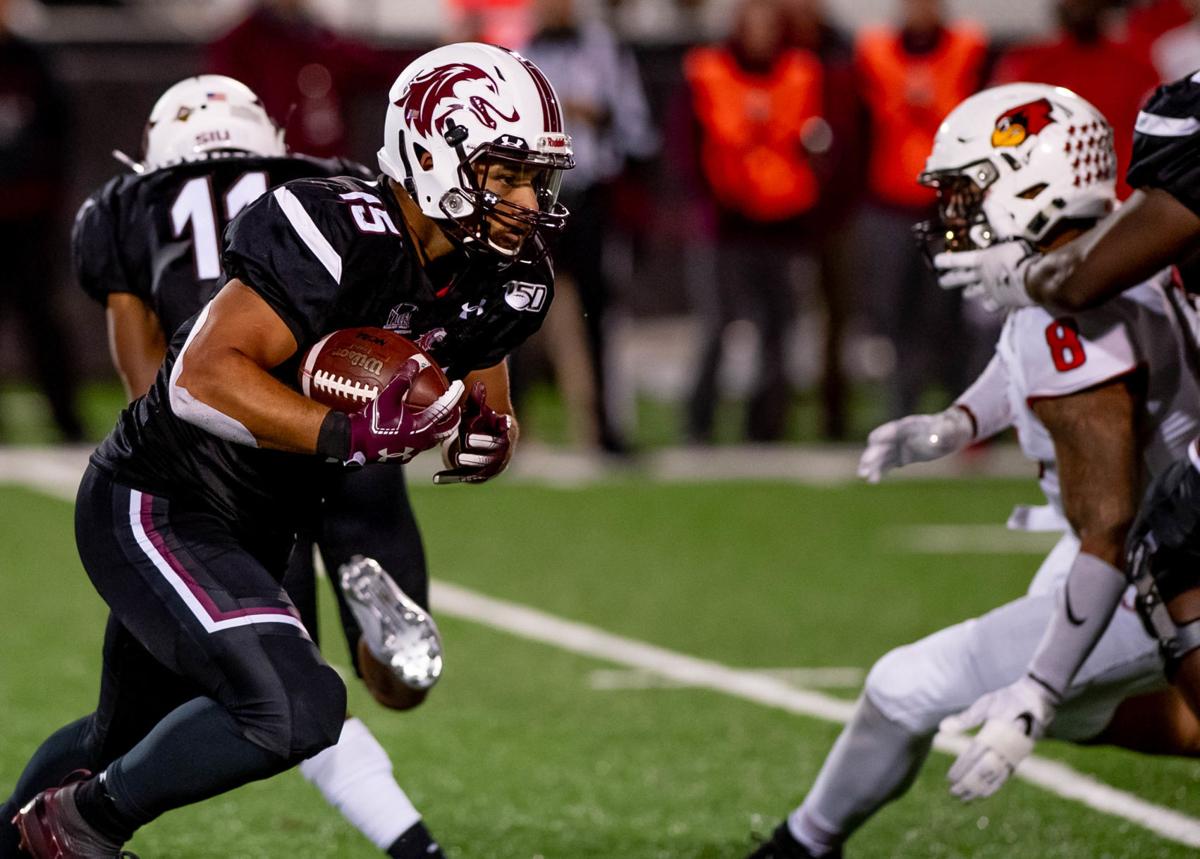 SIU running back Javon Williams Jr. (15) looks to get past Illinois State linebacker Tuvone Clark (6) during a game last season at Saluki Stadium. Williams rushed for 48 yards on 10 carries, but the Salukis fell 21-7. 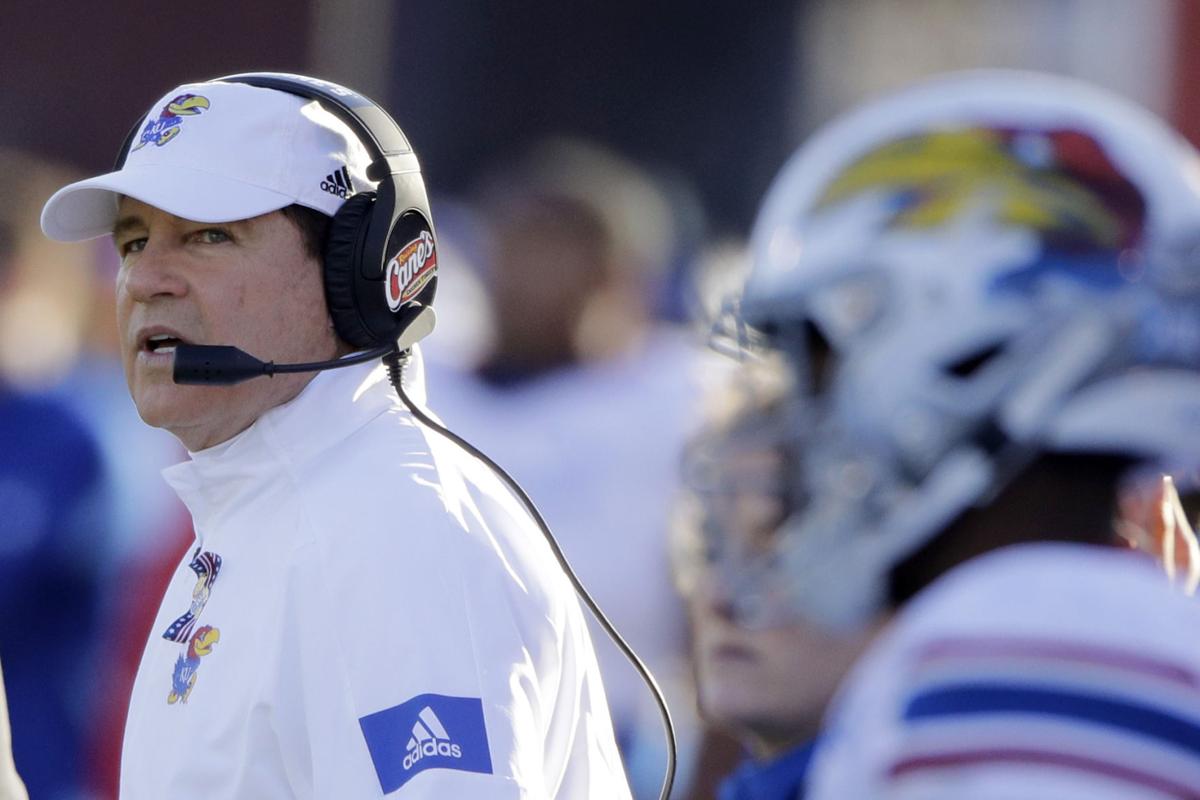 CARBONDALE — SIU's football game at Kansas may move back into September, Saluki athletic director Liz Jarnigan said Friday night, but both schools are committed to playing this year amidst the coronavirus pandemic.

The Salukis announced an adjusted 2020 schedule Friday night after the Missouri Valley Football Conference announced it was moving its league games to next spring in the hopes of playing under better conditions. SIU will be able to play three non-conference games this fall, and has two on the schedule, the opener at Kansas Aug. 29 and a home game against Southeast Missouri State Sept. 19. The Salukis and UT Martin moved the game that was originally scheduled in Martin Sept. 3 to the 2025 season.

Kansas, which is scheduled to play nine Big 12 Conference games this fall and one non-conference home game, has not announced which team it will play in Lawrence, but Jarnigan believes SIU will be the winner.

"I'm committed to helping our student-athletes to have the best possible football experience that they can have while they're here," she said. "I have every assurance from KU that we've been their team selection of choice since the Big 12 made their announcement, so we're very confident this is a go."

SIU's game at KU, scheduled for Aug. 29, carries a $300,000 guarantee. Jarnigan said she was confident SIU will work towards whatever testing standards the Big 12 asks for in order to try to play the game. Currently, the NCAA guidelines want teams to test their players no later than 72 hours before kickoff, meaning, on a typical game week, testing on Wednesday and getting the results by Friday of that same week. Teams would have to have the results by Friday in order to adjust their travel party, if necessary.

The Jayhawks are scheduled to host SIU Aug. 29, open league play at Baylor Sept. 12, host Boston College Aug. 19 and then go to Coastal Carolina Sept. 26. One of the Big 12's stipulations for conference play this fall was teams play their one non-conference game against someone in their state and do it before opening league play. The Big 12 has not announced when it might open conference play, but it is expected to be after Sept. 12, because every school in the league except Kansas and Baylor are currently scheduled to open conference play Sept. 19.

Without UT Martin on the schedule for Sept. 3, the Salukis now have Saturday, Sept. 5 open and Sept. 12 should the Big 12 move its conference season back and KU decides to try to play that weekend. The Jayhawks will not host Boston College, because the ACC, the Eagles' league, said its teams will only play one non-conference game against a team in its home state. KU will also not go to Coastal Carolina under the Big 12's guidelines, which stipulated its teams could only play one game against a non-conference opponent at home.

Coastal Carolina, a member of the Sun Belt, is likely looking for opponents, FBS or FCS. The Sun Belt announced this week it wants to play eight conference game this fall and is allowing its 10 football teams to play up to four non-conference games.

Jarnigan is looking for another opponent for this fall, FBS or FCS. Northern Illinois is off the table, as the Mid-American Conference called off all its fall sports, including football, on Saturday.

• SIU and UT Martin moved their game originally scheduled for Sept. 3 to the 2025 season

• All MVFC games postponed until the spring of 2021

The Big 12 Board of Directors voted Tuesday night to proceed with plans for its members to play fall sports, moving its start date back to Sept. 2 and announcing stricter testing protocols for COVID-19.

The Mid-American Conference's move to postpone its fall sports ultimately pulled Coastal Carolina into the University of Kansas' football schedule and pushed SIU out.

CARBONDALE — For the first time since 1943, there will be no SIU football season this fall.

SIU running back Javon Williams Jr. (15) looks to get past Illinois State linebacker Tuvone Clark (6) during a game last season at Saluki Stadium. Williams rushed for 48 yards on 10 carries, but the Salukis fell 21-7.