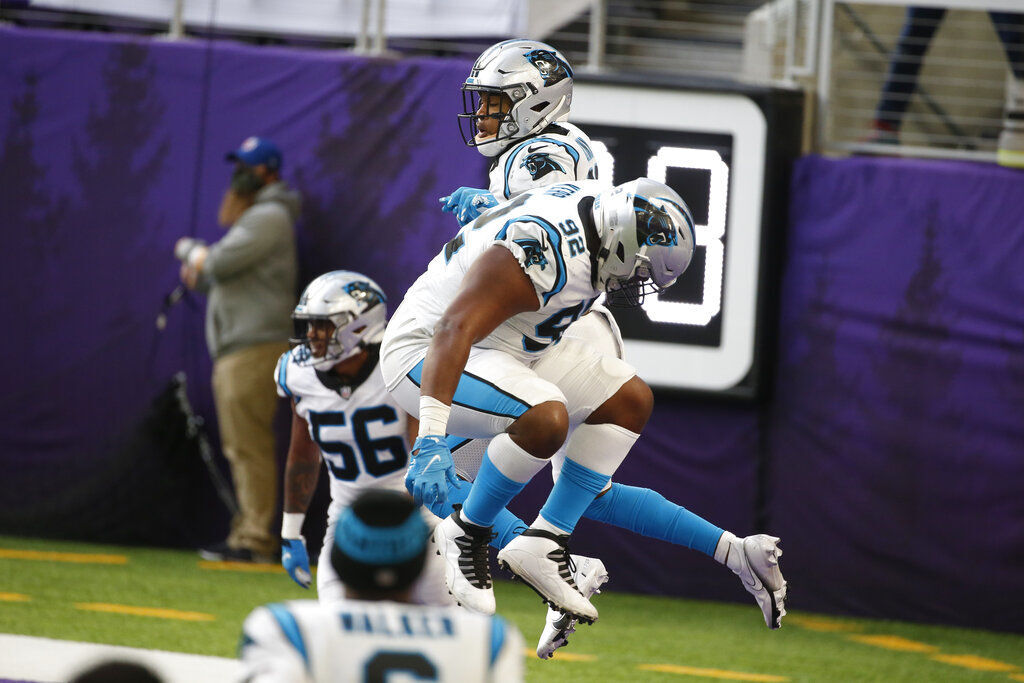 Carolina Panthers safety Jeremy Chinn celebrates with teammate Zach Kerr (92) after returning a fumble 28 yards for a touchdown during the second half Sunday. 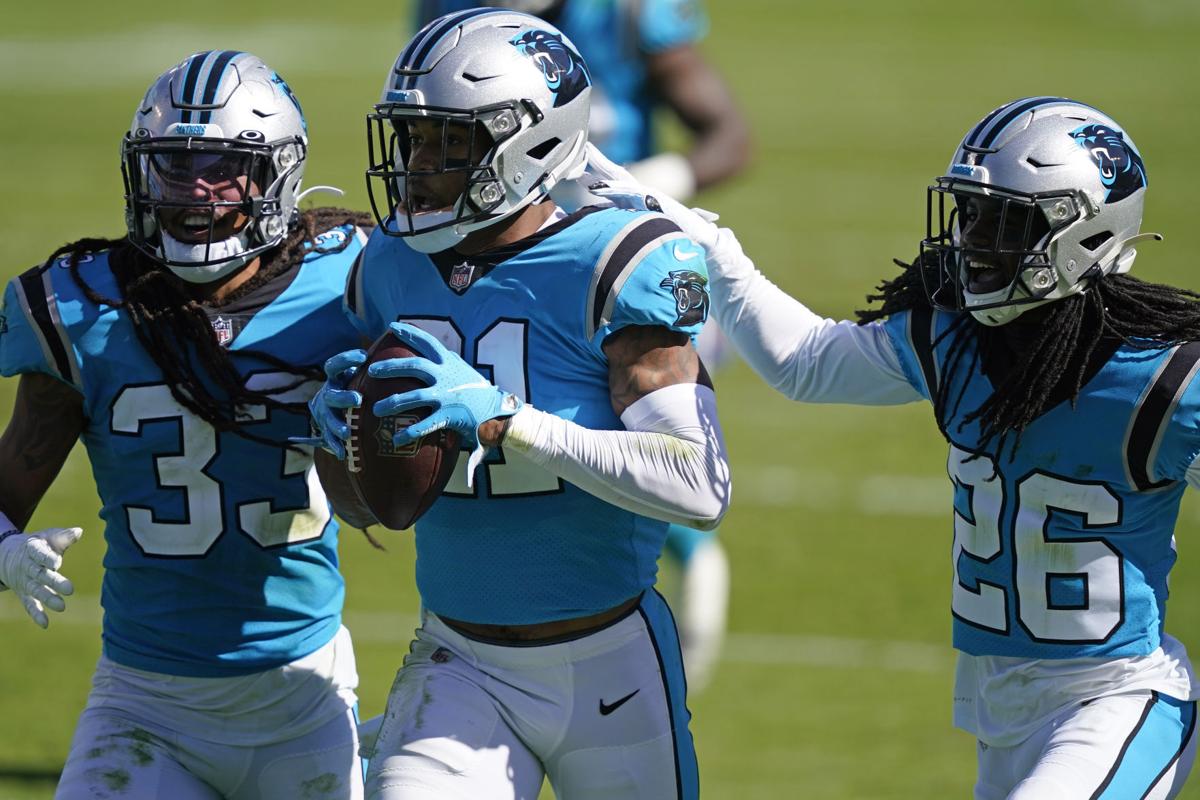 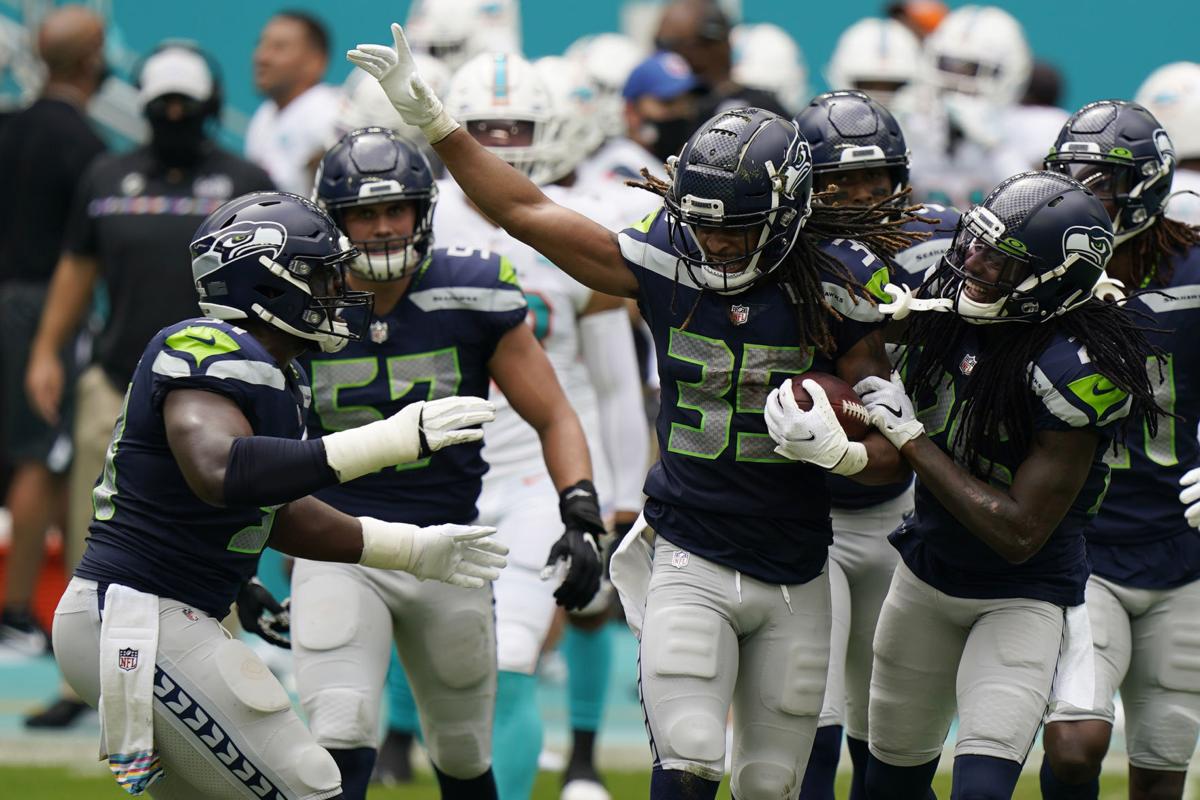 Seattle Seahawks cornerback Ryan Neal (35) is celebrated by his teammates after intercepting a pass during the first half against the Miami Dolphins Sunday in Miami Gardens, Fla. Neal, a former Saluki, intercepted a pass for the second straight week. The Seahawks beat the Dolphins 31-23. 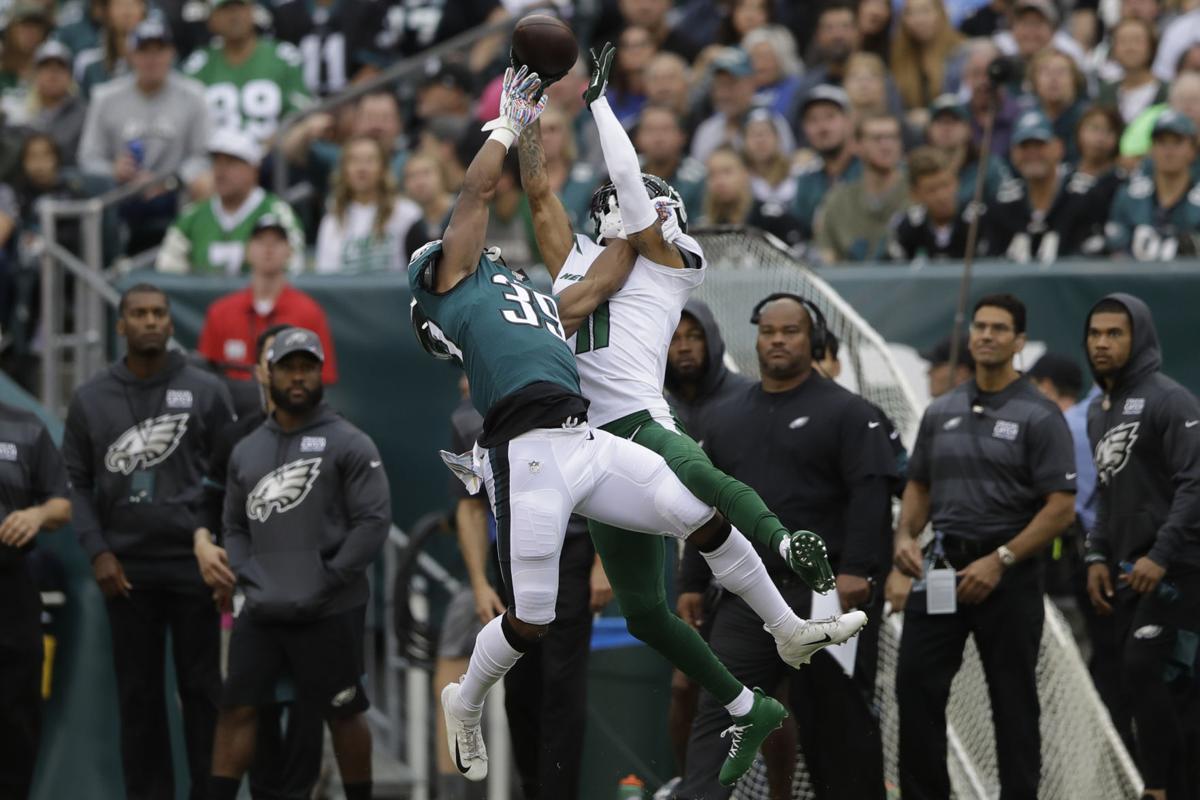 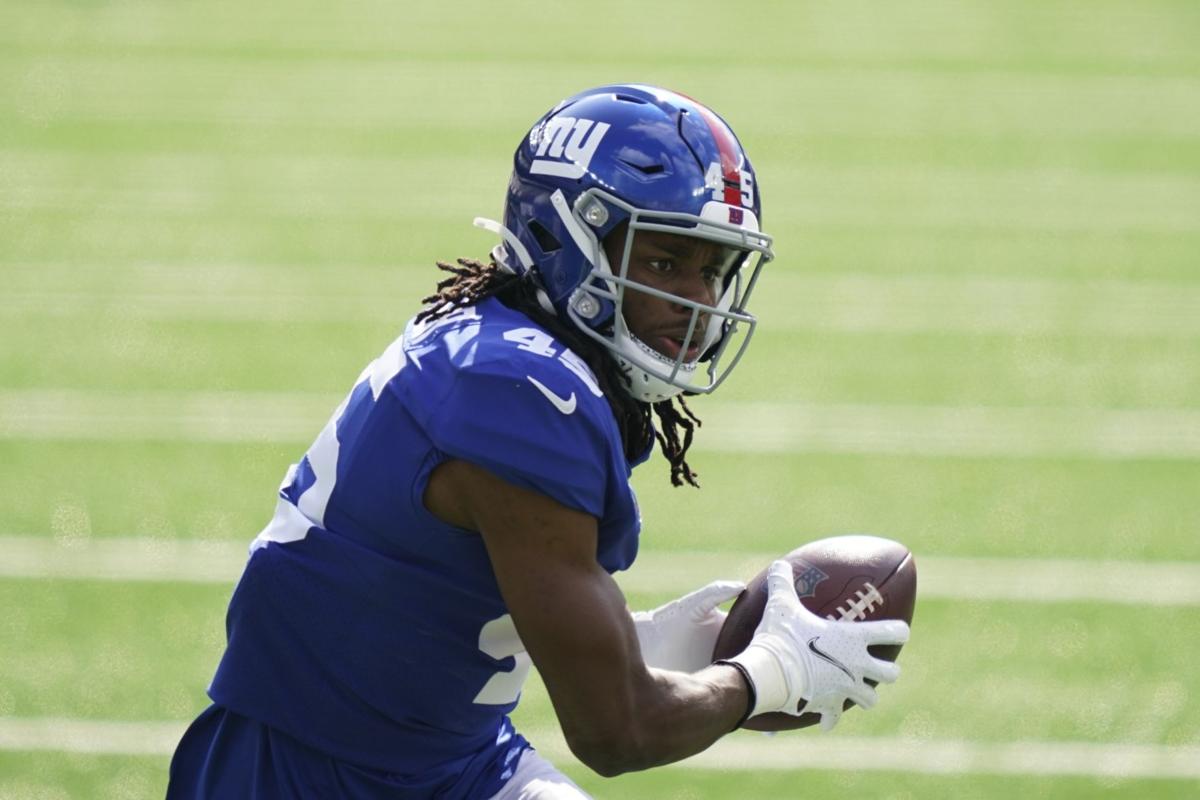 CARBONDALE — When SIU football coach Nick Hill played here in the late 2000s, the Salukis were known as "Running Back U" after the likes of "Touchdown" Tommy Koutsos, Muhammad Abdulqaadir, Brandon Jacobs and Arkee Whitlock came through.

SIU made the FCS playoffs seven straight years between 2003-09, largely because of its ground game. Koutsos, the program's all-time leading rusher with 4,715 yards and a school-record 52 rushing touchdowns, is already in the Saluki Hall of Fame. Abdulqaadir, the 2002 Gateway Conference Newcomer of the Year, and Whitlock, one of SIU's most productive all-around backs in history, have since joined him. Today, you might know the Salukis by another moniker: DBU (Defensive Back University).

Four of SIU's five players currently competing in the NFL are defensive backs, which gave the program incredible exposure when coaches were allowed the least amount of it in history.

"If you asked our current team what their goals and aspirations are, I'd say 99% of them would say to get an opportunity to play in the NFL," Hill said on the first day of the early signing period for the 2021 class Dec. 16. "That's what this school and this program will give you — an opportunity to play at the highest level. Those guys that are there right now are proving that. We've got the same DB coaches. Coach (Marty) Rodgers has been here the entire time with me. Coach (Jason) Petrino has come in and done an outstanding job with those guys. The four guys we've got in the NFL right now, two of them we brought in as high school kids and they developed and played through — Ryan Neal and Jeremy Chinn. The other two of them transferred here."

Chinn, a 6-foot-3, 220-pound outside linebacker for the Carolina Panthers (4-10), was a star defensive back at SIU. A consensus All-American his senior year, Chinn has 102 tackles in 13 games, 60 of them solos, one sack and five pass breakups. He has intercepted one pass heading into Sunday's game at Washington, and returned two fumbles for touchdowns in the same game earlier this year. Some national media have speculated Chinn could be in the running for the NFL Defensive Rookie of the Year Award.

Former Saluki safety Ryan Neal is the other active player, of the four that started the season, in the NFL. Neal, a 6-3, 200-pound cornerback for Seattle, has 38 tackles, two interceptions and five pass breakups this year. His first interception of the season sealed a win over the Dallas Cowboys, just hours after he was promoted to the active roster from the practice squad. Former SIU cornerbacks Madre Harper (Giants) and Craig James (Eagles) are on injured reserve for the rest of the season. Harper played primarily on special teams after getting signed by the Giants off the Las Vegas Raiders' practice squad. James, who signed a two-year contract extension this year, had two tackles in four games before getting hurt. Last year he was second on the team with 12 special teams tackles.

SIU (1-0) is loaded at defensive back for the spring, and added two players that could bolster its depth even more, safety Qua Brown and former DB James Ceasar. Brown, the Salukis' leading tackler last season, put his name into the transfer portal last fall but decided to come back for next spring's Missouri Valley Football Conference schedule. Ceasar, a Detroit native who played cornerback and safety for the Salukis his first two years, signed back with SIU after one year at Division II Ferris State (Michigan). Ceasar was his conference's defensive back of the year.

McAffee (6-2, 175), a three-star recruit by 247sports.com and Rivals, limited opposing wideouts to two catches for 50 yards as a senior. Pryor (5-11, 190) compiled 108 tackles and four interceptions during his career at Jones High School. Parson (6-1, 180) was a Class 6A preseason second team all-state pick at Memphis White Station High School and is the first athlete in his family to go to college. Bates (6-0, 175) helped Immaculate Conception win the Class 4A state championship as a sophomore, graduated early, and will enroll in the spring even though he won't be eligible until next fall.

"Whether you're a transfer or a high school kid, I think we've proven that you're going to get an opportunity here to get into a great system, develop and have an opportunity to go to the next level," Hill said.

• Helped Immaculate Conception to 4A state title as sophomore

• Three-star prospect by 247sports.com and Rivals

• Had 50 tackles, 6 pass breakups and an interception junior year

CARBONDALE — The SIU football team announced three additions to its 2021 recruiting class on Friday, two of them college transfers.

CARBONDALE — An already strong defensive backfield for SIU's football team got even deeper on the first day of the early signing period, as th…

CARBONDALE — Jeremy Chinn, a former Saluki safety who became the first player in NFL history to return fumbles for touchdowns on consecutive p…

More than a month after they were supposed to play, No. 24 SIU finally hosted No. 25 Southeast Missouri State Friday night at Saluki Stadium.

Salukis in the NFL: Chinn has 8 tackles in Panthers' win over Washington

LANDOVER, Md. — Dwayne Haskins turned the ball over three times before getting benched, Steven Sims muffed a punt return that turned into a Pa…

Carolina Panthers safety Jeremy Chinn celebrates with teammate Zach Kerr (92) after returning a fumble 28 yards for a touchdown during the second half Sunday.

Seattle Seahawks cornerback Ryan Neal (35) is celebrated by his teammates after intercepting a pass during the first half against the Miami Dolphins Sunday in Miami Gardens, Fla. Neal, a former Saluki, intercepted a pass for the second straight week. The Seahawks beat the Dolphins 31-23.