CARBONDALE — Matt Kupec, a former quarterback at the University of North Carolina who joined SIU as the chief executive officer of the SIU Foundation last September, will be the Salukis' interim athletic director, according to multiple sources.

The sources, who are close to SIU, were not authorized to speak about the appointment publicly. Kupec took over for Liz Jarnigan, who, according to sources, was let go after less than two years as the athletic director on Thursday night by SIU Chancellor Austin Lane. Lane, who started as the head of SIU's Carbondale branch in July 2020, was formerly the president of Texas Southern University.

Lane released a statement Friday but did not name Kupec as the new interim athletic director.

"Please join me in thanking Liz Jarnigan for her three years of service to SIU, the last two of which were as our athletic director," he said. "We appreciate Liz's work on Title IX and the competitive and academic successes of the students and programs under her watch. The university will launch a national search in the coming weeks to name a new athletic director for our outstanding student-athletes, coaches and staff. In the meantime, SIU will announce temporary leadership for the division in the near future. We wish Liz well in her future endeavors and are grateful for her dedication to Saluki Athletics."

As the CEO of the SIU Foundation, Kupec serves as the university's chief development officer and provides oversight and leadership for SIU's Forever SIU fundraising campaign. Kupec helped the foundation raise the original $75 million for the campaign, and upped the goal to $200 million. The foundation raised a record-setting $28.5 million in fiscal year 2020 (2019-20) before the coronavirus pandemic.

Jarnigan came to SIU after serving for two years as assistant athletic director/SWA for the Air Force Academy's athletics program. Prior to that, she worked for eight years at San Jose State University, starting as the director for student-athlete success before being promoted to SWA. During her tenure at San Jose State, the department's overall Academic Progress Rate (APR) rose from 925 to 972. The football team's APR increased from 888 in 2008 to 975 in 2015. The overall student-athlete GPA reached an all-time high in 2016.

Jarnigan faced incredible hurdles less than a year into the job when COVID-19 virtually shut down attendance for the 2020-21 school year. SIU could only offer staff and players' family members admission to the games because of state laws that restricted its attendance. The Salukis haven't had any restrictions, yet, to offering full attendance for fans this season.

Jarnigan signed a contract in December 2019, three months after she was appointed to the position, that goes through September 2023. With an annual salary of $221,000 a year plus possible university cost-of-living raises, SIU could be on the hook for more than $440,000 to Jarnigan. She or the university could terminate the deal for just cause or one not fulfilling its duties, according to the contract, which The Southern obtained earlier this year. If Jarnigan notified the university of a breach of her contract, it has 30 days to remedy the situation or would be forced to pay her the remainder of her salary through September 2023.

If the university fired Jarnigan for what's called just cause, which can include her breaking an NCAA or conference rule or knowing about someone on her staff breaking a rule and not reporting it, SIU would not be required to pay her anything further, according to the deal. It's not clear if either party broke the terms of the deal.

"Liz loved and is proud of the students, coaches and staff and her work at SIU," it said. "She is considering all her opportunities."

CARBONDALE — Saluki Athletics invites the public to attend its Saluki Basketball Open House on Tuesday, July 27, from 5-6 p.m. at the Banterra…

CARBONDALE — There is never a good time during a pandemic to unveil a fundraising campaign, but Salukis Forever came with urgent needs, SIU at…

SIU unveiled a four-year, $25 million fundraising campaign to provide necessary funding to support the future of athletics on Friday. 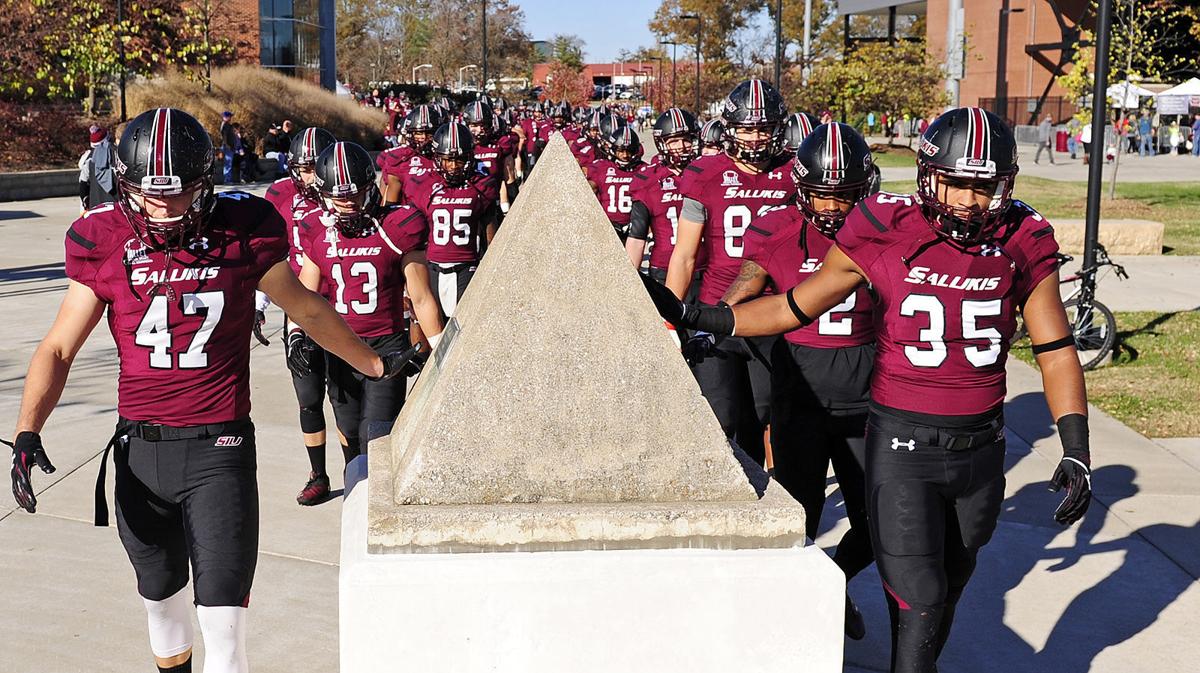 SIU players touch the tomb of King Tut as they walk from the locker room to Saluki Stadium before their final home game of the season against Illinois State.

Matt Kupec, the CEO of the SIU Foundation.