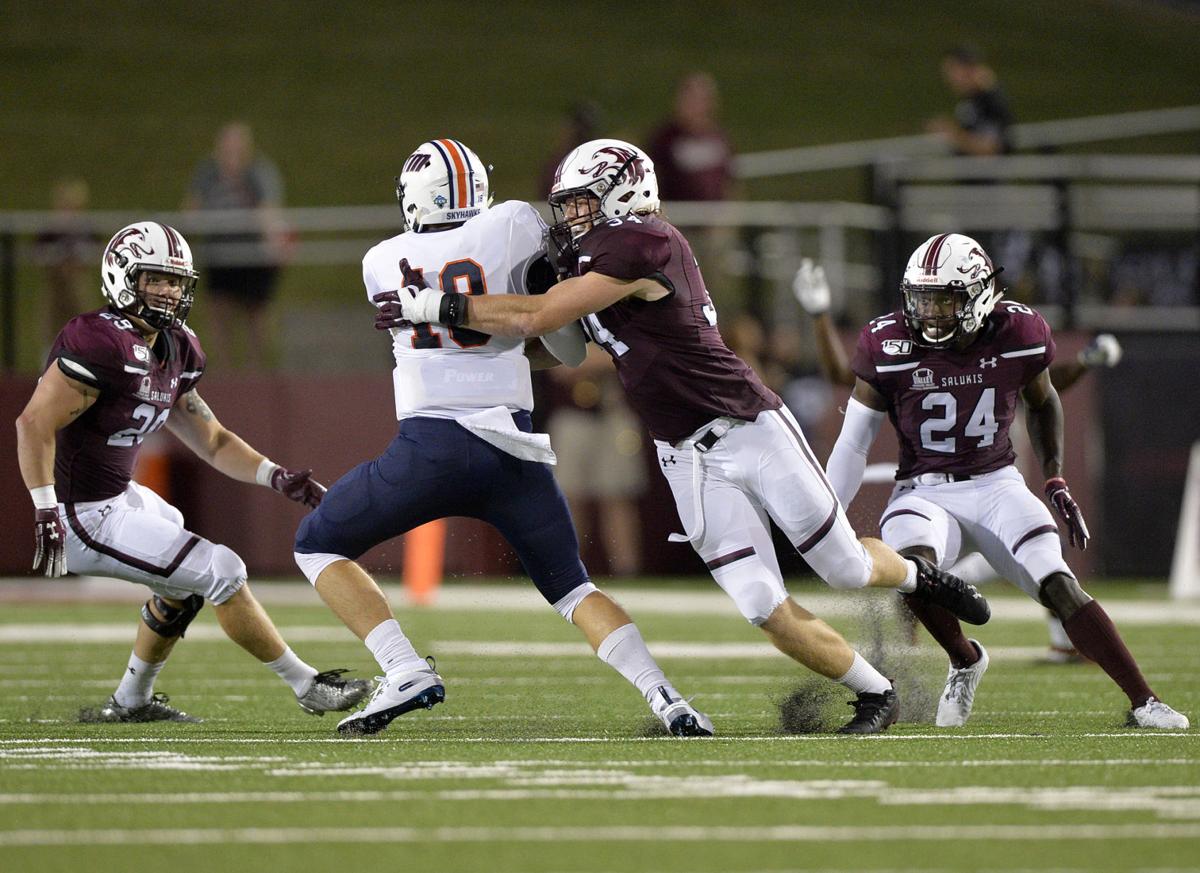 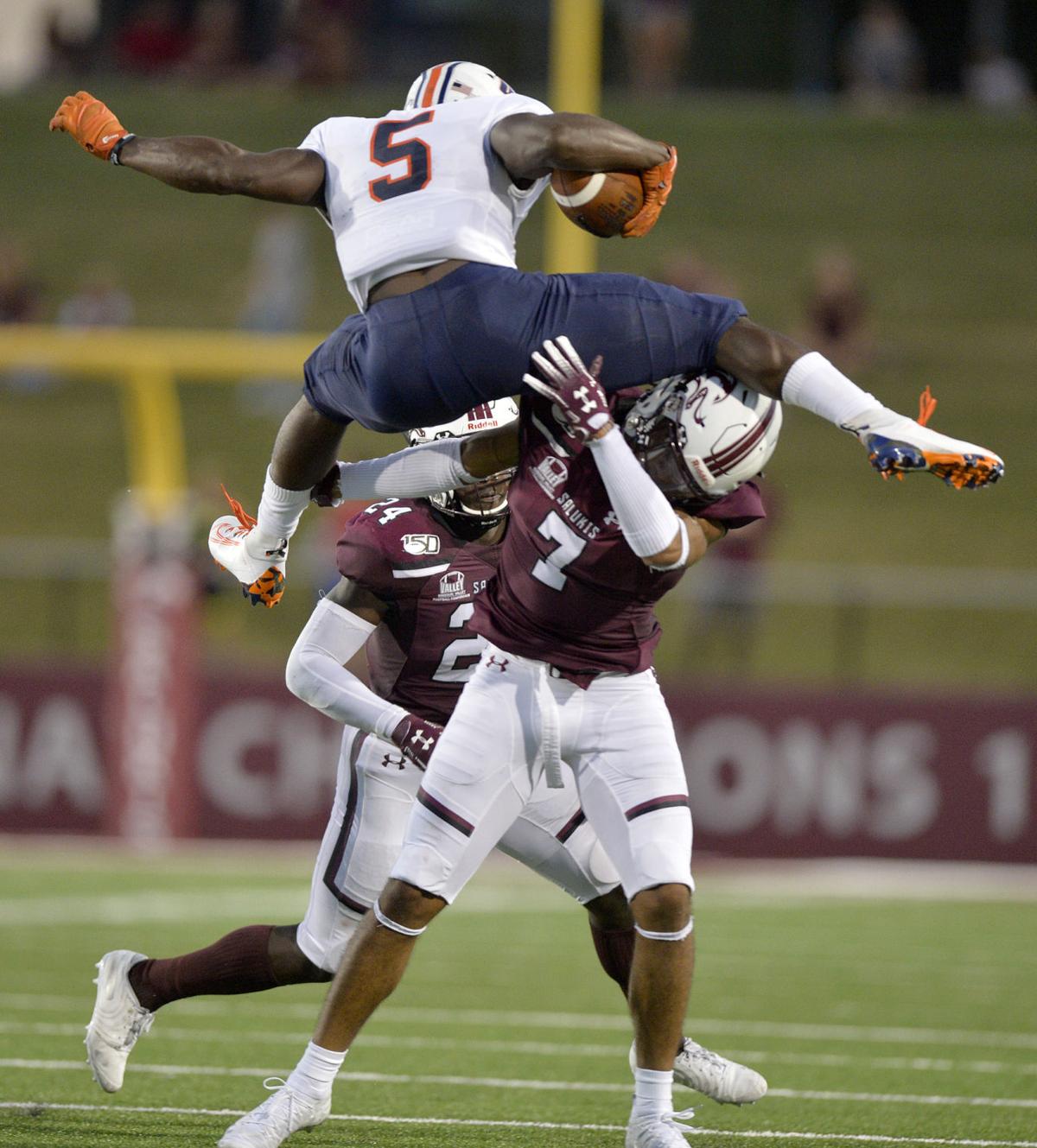 UT-Martin running back Jaimiee Bowe (5) attempts to jump over SIU cornerback Tre Strong (7) during the second quarter at Saluki Stadium on Sept. 14 in Carbondale.

The Salukis were originally scheduled to open at UT Martin that Thursday night, the first night Division I teams could play in the 2020 season. Then the University of Wisconsin canceled its game against SIU on Sept. 12, after the Big 10 Conference made its programs play a conference-only schedule. The Salukis signed a contract to play Kansas on Aug. 29, receiving a one-time waiver from the NCAA to play in what is now known as Week Zero, and want to try to move the game in Martin back.

SIU currently has five days to get ready to play the Skyhawks, and want the normal seven.

"I've been in contact with UT Martin to see if there's a chance that we could move that game to Saturday. They're willing to take a look at it," SIU athletic director Liz Jarnigan said. "There's been no agreement. They understand our predicament. They have some predicaments that we need to be understanding with. It's a discussion we're having. We have no idea if we'll be able to get it moved or not, but we are certainly trying."

UT Martin, which went 7-5 last year, could still get a week to prepare for its Ohio Valley Conference opener at Austin Peay on Sept. 12 if it is able to move the game back to Saturday, Sept. 5. Skyhawk athletic director Kurt McGuffin is willing to try, he said in a statement from the school.

"Liz and I have had a preliminary conversation about the season and our potential game on September 3rd," he said. "We discussed a possibility to move that game back to the Saturday, September 5th. I am in the process of checking our campus and community event calendars to see if that can happen to assist a good regional friend. I hope to have a decision soon."

SIU and UT Martin played for the first time in 13 years last season in Carbondale. The Skyhawks led 14-0 at Saluki Stadium before SIU rallied for a 28-14 win. Both teams are expected to compete for FCS playoff berths this season, if it gets played.

The Salukis (7-5 last year) were ranked 19th in the HERO Sports preseason top-25 poll and 22nd in the Athlon Sports preseason poll. They won five of their last six games last year with a new offensive coordinator and a new defensive coordinator, losing to top-ranked North Dakota State in the season finale. The Bison finished off a perfect season with their third straight FCS national championship.

"Everything that we're dealing with in this COVID era is tough," Jarnigan said. "We have determined, and coach (Nick) Hill and the athletes have determined, that we will do the hard things if we can get back to football in a healthy way."

CARBONDALE — UT Martin, which is scheduled to open the 2020 football season against SIU, had six players on the Ohio Valley Conference's prese…

UT-Martin running back Jaimiee Bowe (5) attempts to jump over SIU cornerback Tre Strong (7) during the second quarter at Saluki Stadium on Sept. 14 in Carbondale.