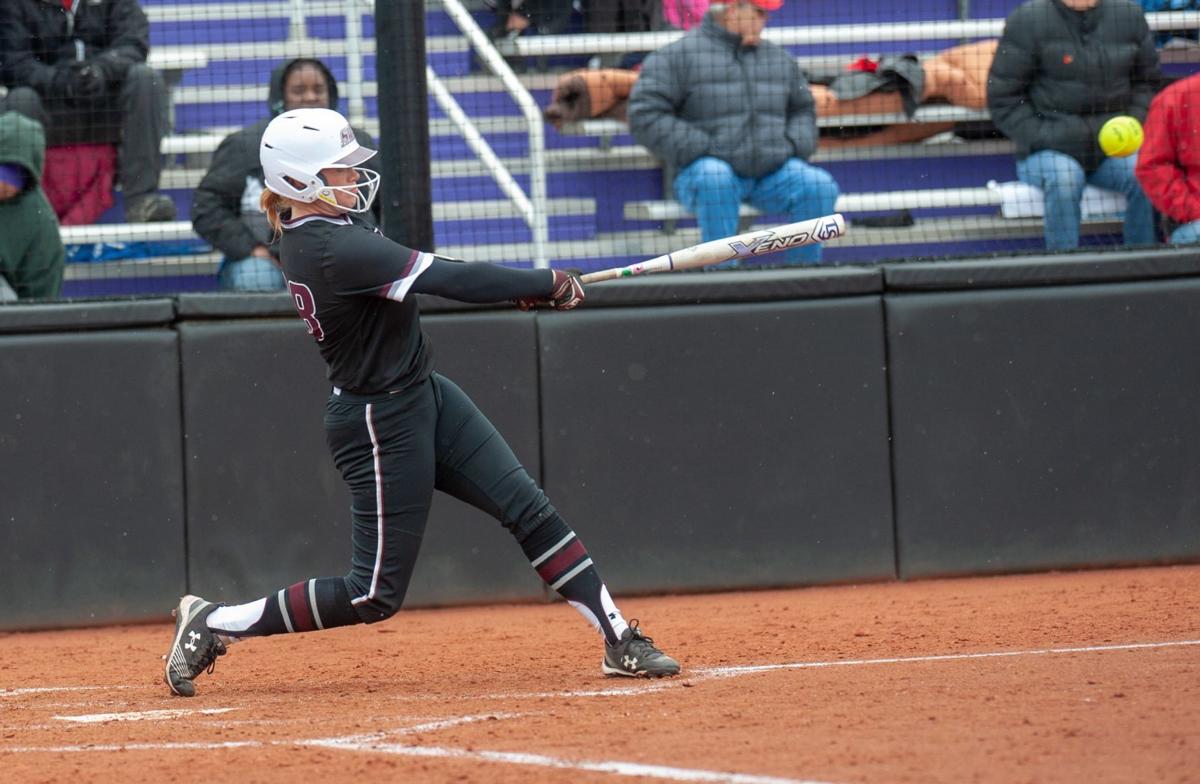 SIU outfielder Jenny Jansen catches a pop fly during a match up against the Indiana State Sycamores at Charlotte West Stadium in 2018 in Carbondale. 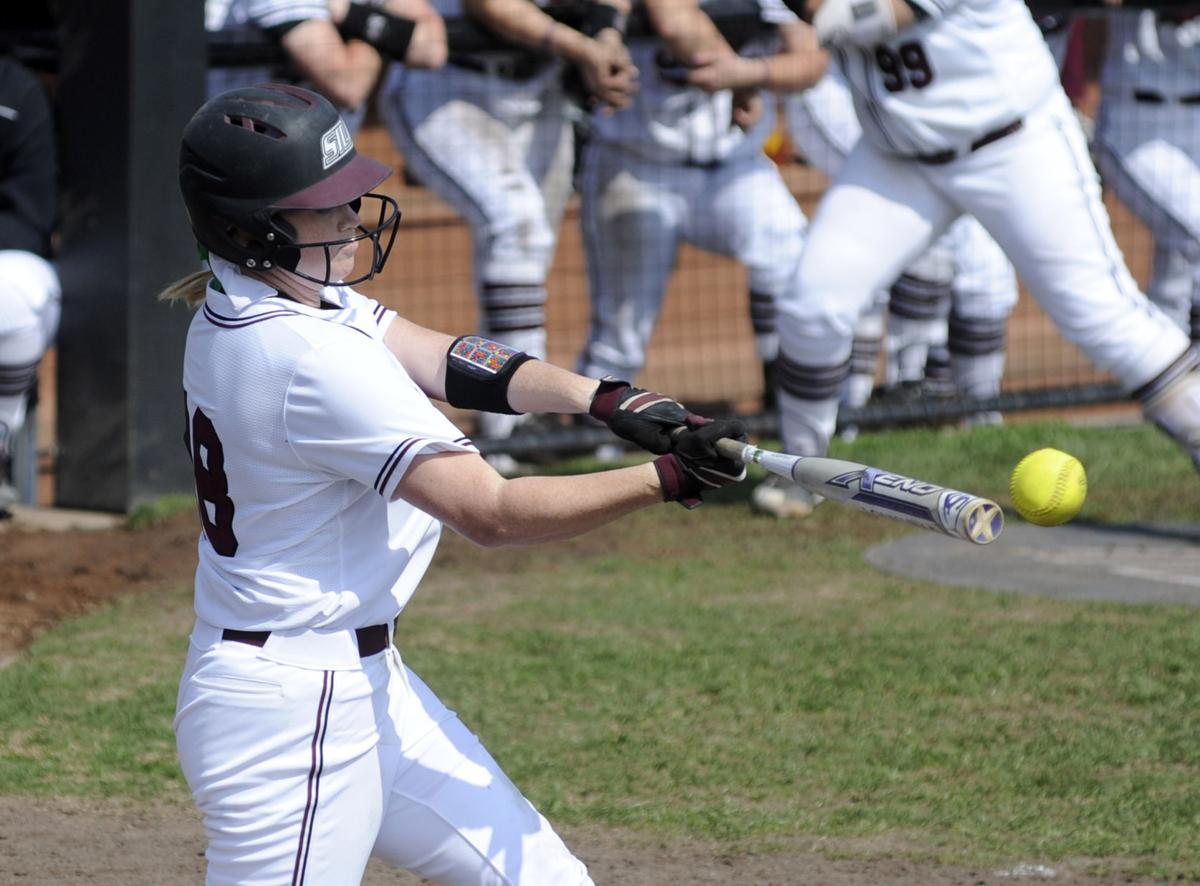 Saluki center fielder Jenny Jansen connects with a pitch during SIU's doubleheader against the Loyola Ramblers at Charlotte West Stadium in March 2018 at Carbondale.

Walt Disney World is not opening until July 11, but Jenny Jansen feels like she's there even though she's about 132 miles away.

Jansen and about 100 other college softball players are in Bradenton, Florida, for orientation of the first Florida Gulf Coast League. The seven-team league will feature players from all three NCAA divisions and opens a three-day training camp Monday. Opening Day is scheduled for Thursday at Palma Sola Park, where fans will be able to watch, and then go out to a restaurant, bar or movie theater afterwards.

Florida has the ninth-most cases of the coronavirus in the United States (67,456), according to the Centers for Disease Control and Prevention's latest numbers on Friday, but Illinois has almost double that (131,327). Missouri has less than 16,000 cases statewide. In Florida, patrons can eat inside restaurants and bars, which can invite up to 50% of their fire code capacity, and go to most small to mid-size outdoor activities. Almost all of the beaches are open, and after being cooped up at her home in Missouri or at work at the local country club, Jansen is ready to get out and play.

"The few games that we got to play this season at SIU, I felt like my hitting hasn't been as good as it had been, so maybe I get on a hot streak and carry it into the fall," Jansen said.

A preseason All-Missouri Valley Conference pick, the outfielder/infielder hit .409 in 2019 and .265 in 21 games last season. Her three home runs were tied with Katelyn Massa for second-most on the team, and her 19 RBIs were right behind Kyleigh Decker.

A .350 career hitter, she'll start out in the outfield for the Myakka City River Mocs but could also see some time on the infield. Teams are scheduled to play 25 games through late July, competing every day but Wednesdays and Sundays. The league all-star game is scheduled for July 18, with the playoffs July 20-21.

Jansen is rooming with Illinois State pitcher Mack Leonard and Nebraska-Kearney pitcher Sarah Handrahan at a local Courtyard Marriott for the duration of the league. Jansen said staying around the same people for the next four or five weeks gave her some comfort in the midst of the coronavirus, which has reached all 50 states. Florida recorded its highest one-day total just 10 days ago, 1,419 new cases, but the CDC's latest numbers have less than 5% of all that state's coronavirus tests coming back positive.

The other ace in her pocket? Her mom is a nurse.

"When I committed to play it was in January. Obviously, we weren't very worried about it then," Jansen said. "As it's continued we were worried of the whole league getting canceled. I'll take all the precautions when I'm down there, wear a mask down there when we're out, or on the field if I have to. I'll pretty much be around the same people every day. Hopefully I stay safe."

SIU coach Kerri Blaylock, who is also the Salukis' senior woman administrator, believes the league can operate fairly safely. She recently watched some games online in other states that have been cleared to play. Umpires stood a couple of feet behind the batters, she said.

"I think there's always concern with the virus, but they're doing everything they can to be as safe as possible," Blaylock said. "Softball is a sport I think you can social distance, and I'm sure they're taking precautions with that. I'm sure she will take care of herself, and if she has to get tested, she'll get tested."

SIU is welcoming back a total of 50 football and basketball players June 20, with the hopes of allowing them to work out outside beginning June 29. More teams are expected to trickle into Carbondale over the next two months. SIU President Dan Mahony has said he expects to have the campus open in August for classes.

CARBONDALE — Jenny Jansen bunted a softball about five feet and got two RBI for it.

After watching the 10-part "The Last Dance" documentary on Michael Jordan and the late 1990s Chicago Bulls, I came away with three takeaways.

None of us know what the country will look like in one month, nonetheless three, when most Division I football programs are normally in the se…

To replace wide receivers coach Nick Williams, SIU has tapped someone with experience in the Missouri Valley Football Conference.

SIU outfielder Jenny Jansen catches a pop fly during a match up against the Indiana State Sycamores at Charlotte West Stadium in 2018 in Carbondale.

Saluki center fielder Jenny Jansen connects with a pitch during SIU's doubleheader against the Loyola Ramblers at Charlotte West Stadium in March 2018 at Carbondale.