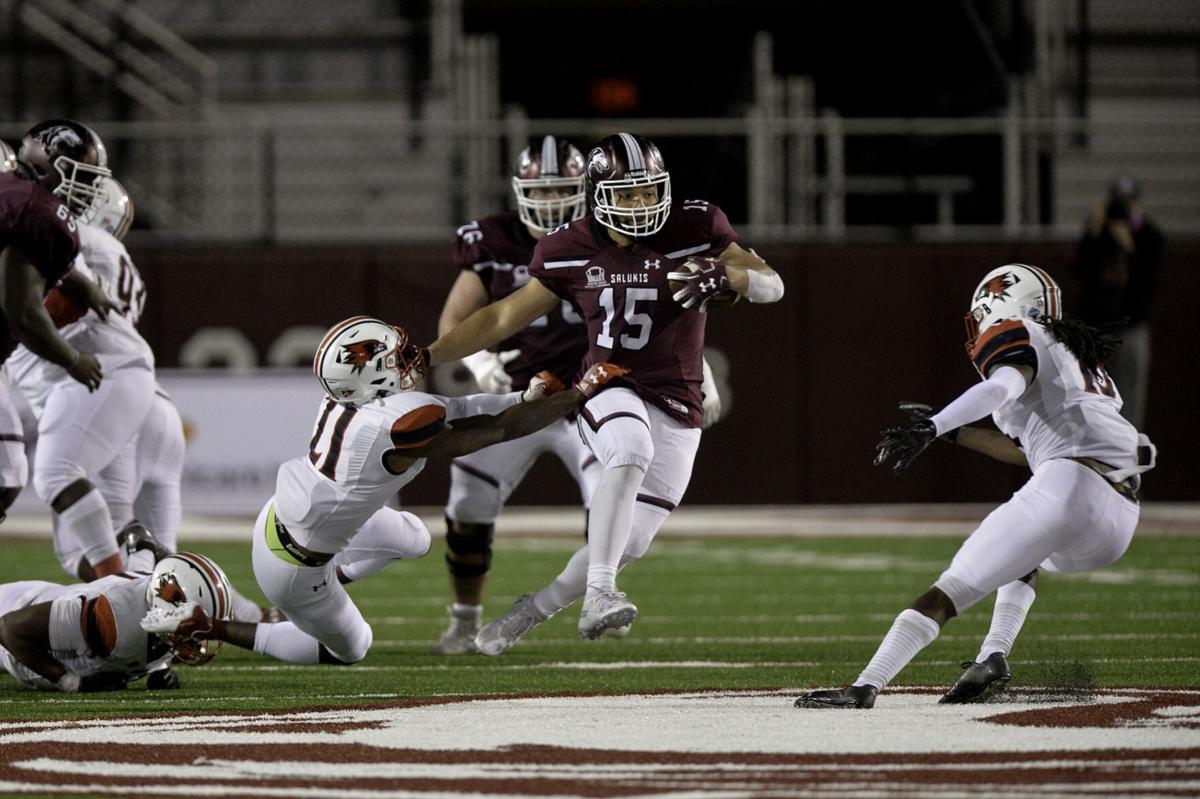 SIU running back Javon Williams Jr. (15) gets past SEMO linebacker Mike Matthews (11) during the in the third quarter at Saluki Stadium on Oct. 30 in Carbondale. SIU went on to win 20-17. 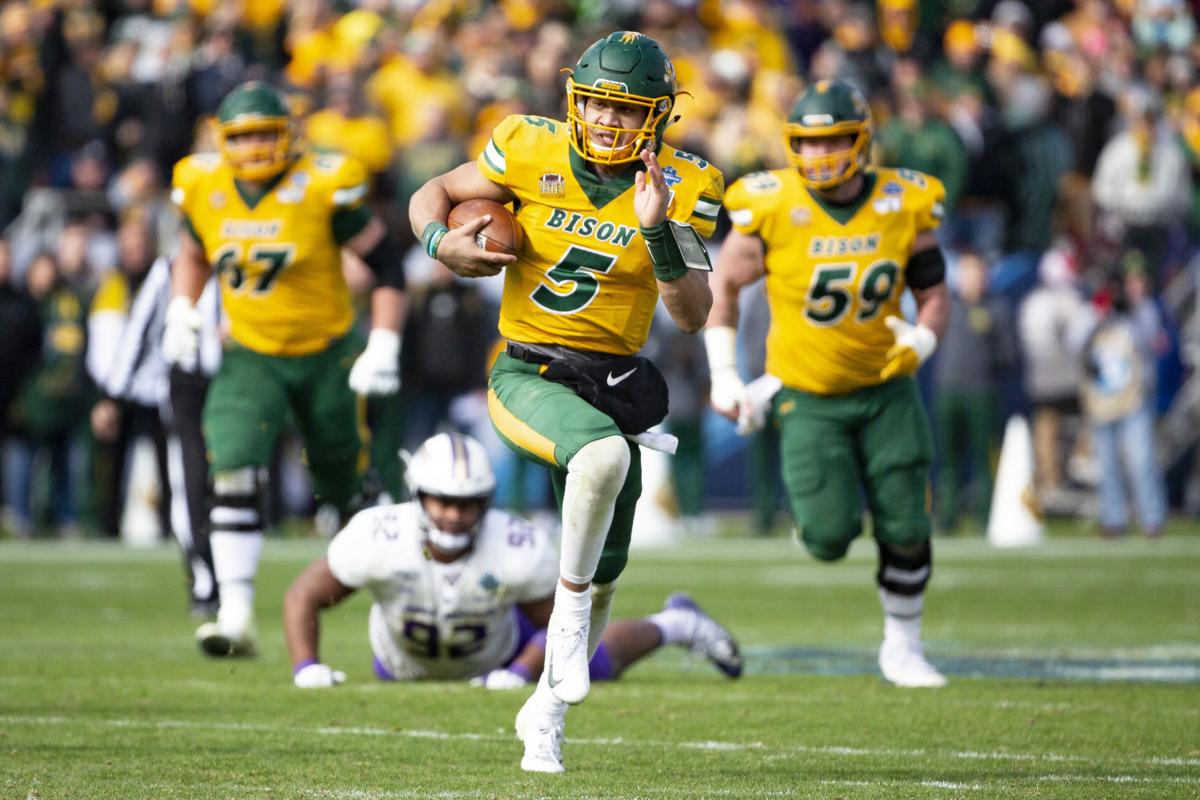 The FCS national title game has appeared on one of ESPN's three main networks the last few years. The coronavirus has given this level of football a great opportunity to get a few more games on this spring.

There has never been a better opportunity for the FCS to try to grab the national spotlight than this spring. Teams started practicing last week, and are scheduled to open their seasons in about 20 days. The Super Bowl on Feb. 7 could see two former Missouri Valley Football Conference standouts play, Kansas City defensive end Khalen Saunders, a former Western Illinois Leatherneck, and North Dakota State offensive tackle Joe Haeg, who plays for Tampa Bay. Once the Super Bowl ends, the NFL won't ask for the spotlight again until late April, with the draft.

"There's a great opportunity for fans around the country that haven't got a taste of what FCS football is all about, and the talent level, and the great quality of football, to watch," said SIU football coach Nick Hill, who played in the Arena Football League after graduating. "People are starved for football. You see these different leagues, start-up leagues around the country, last year the XFL, and some different leagues playing. We've got a great opportunity of having those viewers and fans."

The MVFC will be missing some of its biggest stars, as most of the league's best players opted out to pursue the draft, but America loves college football. Nobody really knows where the University of Mount Union is located in Ohio (it's in Alliance, about 51 miles southeast of Cleveland), but they know you never want to play them in the Division III playoffs. Most people outside of the Valley don't know about the dominance of NDSU the last eight years, but they know about quarterback Trey Lance, who could be a top-five pick in the draft.

With Major League Baseball still three months away and the NBA playoffs not scheduled until late May, the FCS is the only college football going on right now. Alabama already won the FBS national title, and will get some press for its spring ball because it's Alabama, but most fans will choose a good FCS game over a Crimson Tide scrimmage. At least I hope they will. That leaves the NBA, which is exponentially more popular during the playoffs, the NHL and college basketball as the only competitors.

Without Lance, are the Bison vulnerable in the MVFC? How good will South Dakota State be without wide receiver Cade Johnson? How good will Northern Iowa be without defensive end Elerson Smith, considered by some as the best defensive player at the FCS level, and offensive lineman Spencer Brown out? What kind of team will Youngstown State look like under new coach Doug Phillips?

Valley Football Media Day is tentatively scheduled for Feb. 3. If the FCS invests in marketing and pursues some bigger TV deals, it may have some nibblers this spring after the preseason polls come out and games come on the horizon. Did you hear me out there? Real, Division I football games? In February, March and April?

Last year was particularly difficult for our local high school athletes, having the rug pulled out from under them by COVID-19, but SIU's athl…

Kyle Smithpeters didn't have to say it. John A. Logan College's players said it for him.

It started with the greatest health scare in our lifetimes, knee-deep in this country after more than five months, protests about racial equal…

CARBONDALE — The SIU football team is getting some reinforcements for the start of its second training camp in the last six months.

In between his team's four games in three days, you could always find Jim Miller somewhere at the Carbondale Holiday Tournament.

CARBONDALE — The SIU football program added six more players to its 2020-21 signing class on Wednesday, bringing the total to 25 players for t…

SIU running back Javon Williams Jr. (15) gets past SEMO linebacker Mike Matthews (11) during the in the third quarter at Saluki Stadium on Oct. 30 in Carbondale. SIU went on to win 20-17.