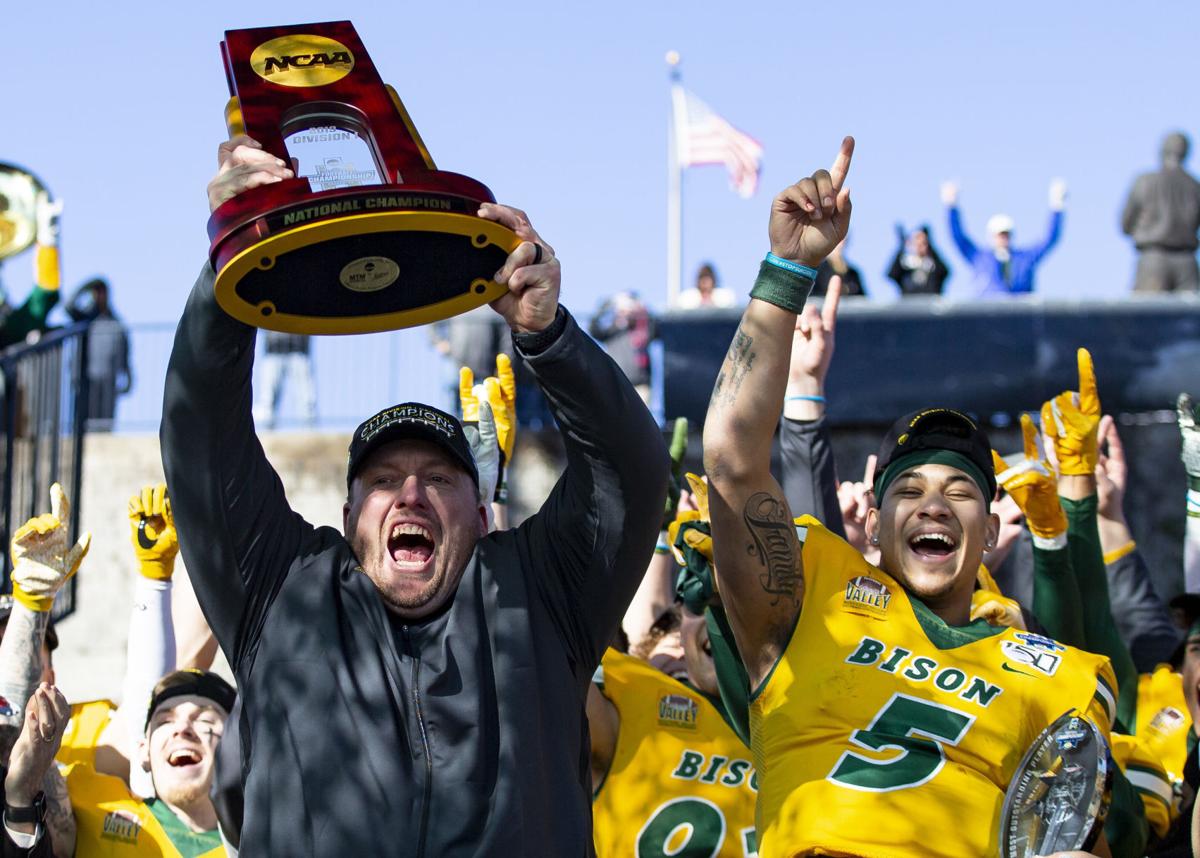 Looking through the last three years' worth of financial reports for the 11 teams in the Missouri Valley Football Conference, you come away with one big conclusion: the divide between the haves and the have-nots has only gotten bigger.

We all knew North Dakota State invested more than any other school in the league into its football program. You don't win 38 straight games without that, at any level, especially at the Division I level. The Bison have the highest coaching salaries — head coach Chris Klieman raked in more than $555,000 during the 2018-19 season and deserved it, as his squad went 15-0 and won the whole thing — and have media rights deals and royalties/sponsorship deals that surpass anyone else in the MVFC.

The most striking thing I found, outside of the cost of an equestrian team (stay tuned), was how NDSU made more money in ticket sales than seven of the Valley Football programs made in a fiscal year. Seven. More than SIU. More than Illinois State. More than Northern Iowa. You knew their following was much bigger than anyone else, maybe aside from South Dakota State and Youngstown State in the 1990s, but the numbers spell out a bigger gap than I imagined.

Here are three other takeaways from the investigation into the league's finances:

No. 1 — Equestrian is expensive

South Dakota State, which has the new Dykhouse Stadium and some of the most expensive game-day tickets in the league, produced more than $5 million in revenue. The Jackrabbits averaged nearly 11,000 fans a game last fall, third-best in the MVFC and 16th-best in all of the FCS. They drew more than $3.2 million in donations, with $823,756 coming for the football program.

You know what program at SDSU drew more donations than the football team in fiscal year 2019? The women's equestrian program, which has 40 people on the roster this year. Only 19 competitors received scholarship aid, according to SDSU's report. Donors contributed $879,547 toward the equestrian program, which has a big facility and only competed in nine events in 2019-20. You have the scholarships for the players, the facility upkeep, which probably had something to do with SDSU's debt service price tag of $878,093, and the care and travel of the horses.

NDSU's football team made more money than any other program at any other school in the MVFC, and still lost money. The University of North Dakota men's hockey team made almost as much, $5.69 million in fiscal year 2019, and had a profit of a whopping $1,230,719.

The UND men's hockey team, the heart and soul of the athletic department there, drew $4.05 million in ticket sales and more than $244,000 in donations. Even with the head coach making $481,299, the program made a huge profit and helped the Fighting Hawks come out ahead more than $84,000 last year. Check out the Alerus Center if you make the trip with the football team this spring to Grand Forks, North Dakota.

No. 3 — Indiana State on good ground

The Sycamores have been competitive under coach Curt Mallory, despite limited resources and one of the lowest salary pools in the league. Indiana State didn't draw well last year (its $52,390 in ticket sales were the worst in Valley Football) and didn't get a ton in donations, but was able to compete, financially, with more than $10 million in student fees.

The $500,000 guarantee from Louisville during the 2018 season didn't hurt, but the Sycamores should be commended for making more from less, on the field and off. Indiana State was the only program in the MVFC that made money every year the last three years. Not a lot — we're talking about $150,000 instead of the $42 million-plus Texas A&M's department profited in the 2018-19 school year — but that money goes a long way. Indiana State had zero media rights dollars and just over $256,000 in licensing, royalties and sponsorships, well below the league average, but came out on the positive side.

Full coverage of our analysis into MVFC finances

College Football | MVFC Financials: NDSU wins there, too, by a surprising margin

SIU Football | Football is more than money to Salukis​

TODD HEFFERMAN covers Saluki Athletics for The Southern Illinoisan. Contact him at todd.hefferman@thesouthern.com, 618-351-5087 or on Twitter at @THefferman.

Watch now: Will there be more fireworks between the Cardinals and Reds?

In the MVFC, NDSU leads in revenue by a surprising margin

Our analysis of MVFC finances shows NDSU's football team drew more in ticket sales during the 2018-19 fiscal year than seven other programs in the Missouri Valley Football Conference made in total revenue.