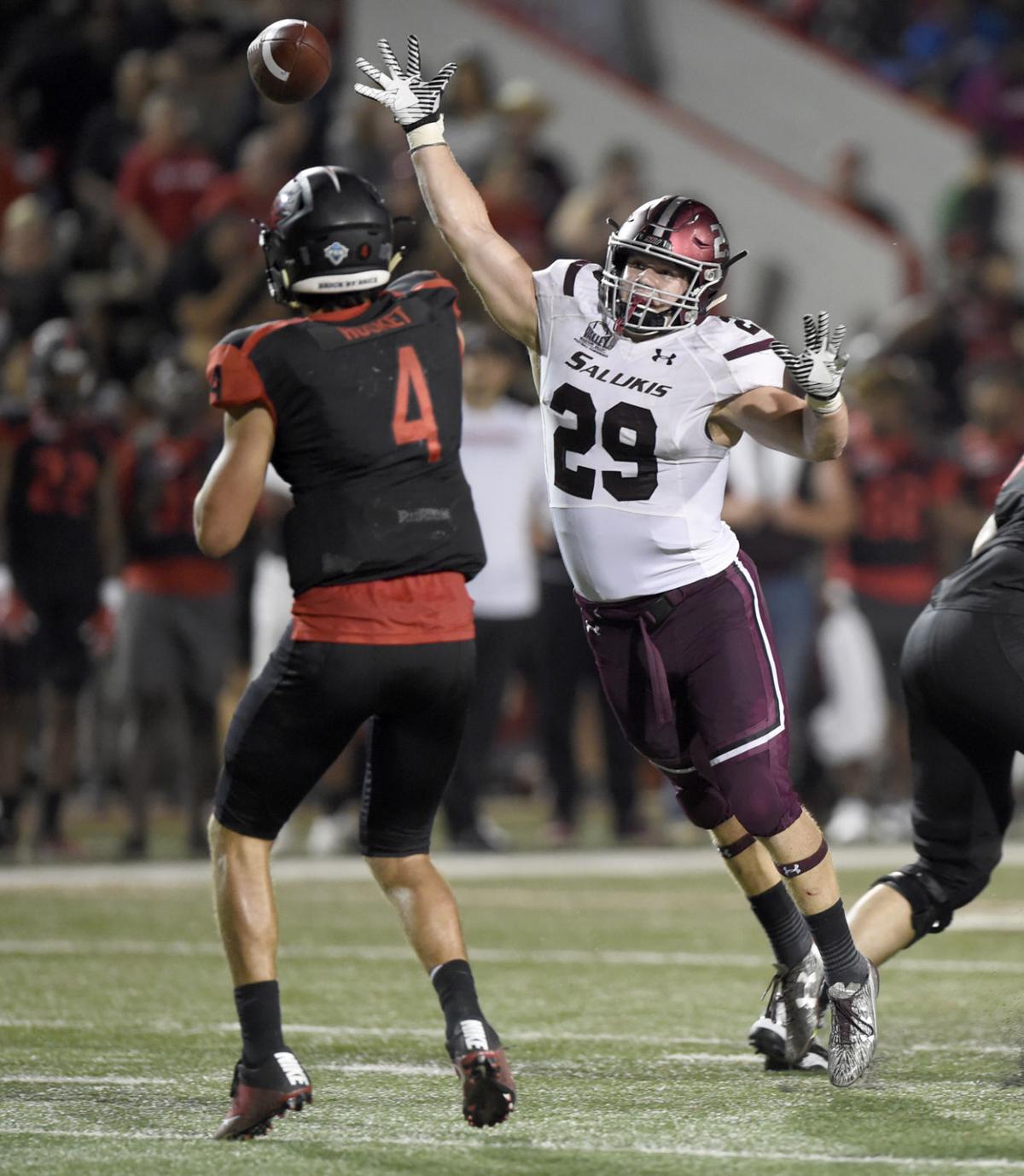 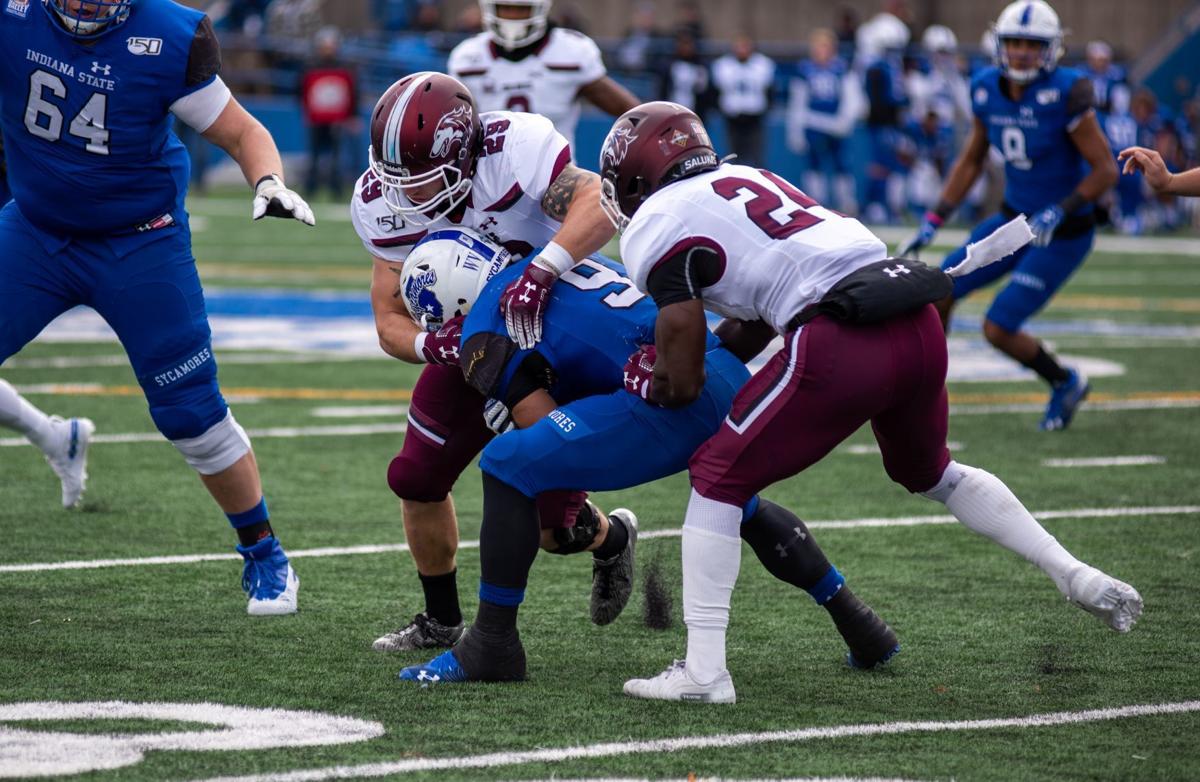 It won't be up to him, of course. COVID-19 has already stalled the St. Louis Cardinals' season and shut down more than a dozen FBS teams' summer workouts. Five FCS leagues have already called off the fall. You wish the Saluki football season was up to Crider, a sixth-year outside linebacker from Mayfield, Kentucky, who has overcome three ACL surgeries. He is fast. He can tackle. And if SIU plays this fall, he wants desperately to lead this program back to the playoffs for the first time since 2009.

"We want to be out there playing football," Crider said on a teleconference with local media Saturday. "We know that there are some risks, but, ultimately, we want to play football, and we have to trust the administration to do their part, and the protocols that we have put in place, and just focus on winning football games."

Crider is willing to adjust to the new face shields on every Salukis' helmet. He's willing to trade his helmet for a face mask on the field so he's protected at all times. He's willing to use an outdoor tent on one side of Saluki Stadium that has essentially replaced their locker room, which is now divided into two big meeting rooms. He's willing to compete every day even though he may not even start this season.

Makel Calhoun, a 6-foot-3, 216-pound junior from Clearwater, Florida, had a breakout season last year with 11.5 tackles for loss and a team-high 7.0 sacks. Junior Luke Giegling has played in 23 games and has 7.5 career sacks. Third-year sophomore Nick Terrana was coming on during spring drills, and Crider, a guy who could play inside, said he's also competing with fifth-year senior Bryce Notree and junior Bryson Strong for playing time.

"It's very competitive," Crider said. "Right now I'm competing with Bryce Notree, he's a fifth-year, I'm a sixth-year. Then you got Bryson, he started last year, you got Luke. Our linebacker group is a veteran room. Coach (Spencer) Brown said we gotta be the group of guys that pushes the defense, and brings it along. And competin's fun anyways. That's what it's all about."

• UNI's Green coming back: It wasn't a shock, but Northern Iowa guard A.J. Green announced earlier this week he would return for his junior season after testing the NBA waters. The Missouri Valley Conference Player of the Year gives the Panthers three starters back from last season's 25-6 squad that was hoping for an at-large bid to the NCAA Tournament before the pandemic.

At 6-foot-4, Green is an intriguing prospect but has a long way to go before thinking seriously about the draft. He's an elite shooter, but, listed at 175 pounds last season, is hardly big enough for the rigors of the NBA. He will likely have to improve his defense and his ballhandling to get a good look. With no private workouts, no Portsmouth Invitational and a big fail at the MVC Tournament, when UNI became the first No. 1 seed in the current format to lose its first game, it would have been hard for NBA teams to get a good glimpse of what Green could be.

Last season he had 92 assists but also 90 turnovers. UNI will undoubtedly be the preseason favorite to win the MVC this upcoming season simply because of him.

• RIP Wayne Williams: Wayne R. Williams, a member of the Saluki Hall of Fame class of 2000, died Friday at the age of 85. He was a football and baseball standout that was drafted by the New York Giants in 1956. He later served as an administrator or coach at West Frankfort, Wood River, Granite City, Alton, Illinois State University, the University of Illinois and then SIU, where he retired.

Due to COVID-19, a drive-thru visitation is scheduled from 3-5 p.m. Wednesday at Gent Funeral Home in Alton. In lieu of flowers, the family has asked memorials to be made to SIU Athletics or the Alzheimer's Association.

Sports Column | Todd Hefferman: Drag FCS football and me to the spring

I wanted it so badly, too, America.

After watching the 10-part "The Last Dance" documentary on Michael Jordan and the late 1990s Chicago Bulls, I came away with three takeaways.

None of us know what the country will look like in one month, nonetheless three, when most Division I football programs are normally in the se…