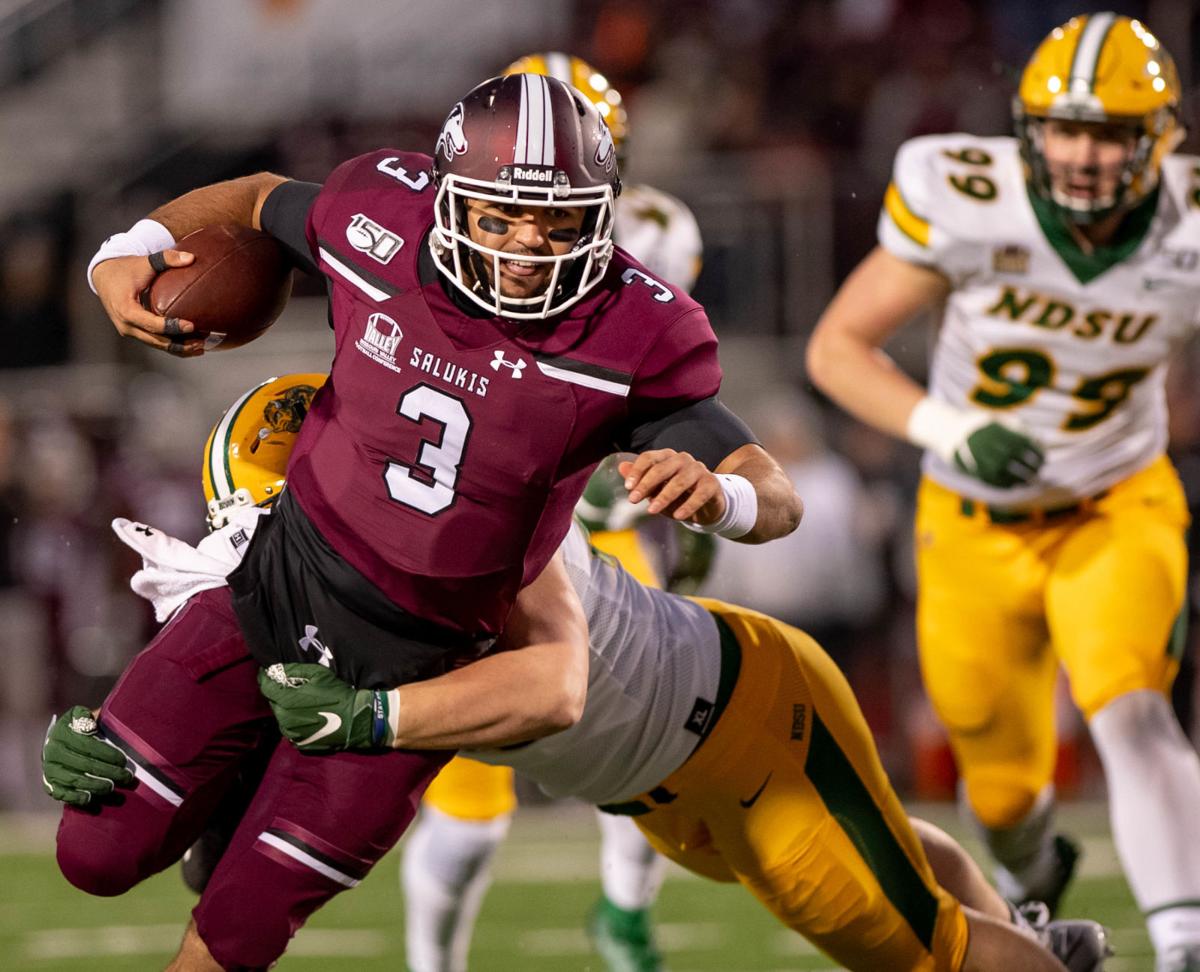 The NFL has done a masterful job of turning its product into a year-round topic, from the Super Bowl, to the combine, to the draft, to OTAs, to the actual football season. But there are breaks for the players, from January until about May or June if your team doesn't make the playoffs. If your team goes deep in the playoffs, you may get from February to mid-summer.

College players won't have much of an option next year, when all 13 FCS leagues hope to play their league schedules in the spring. Then there's summer strength and conditioning, hopefully a few weeks off in late July, and the 2021 fall season in August. If the Missouri Valley Football Conference hopes to have two seasons in 2021, it has to shorten the spring version to six or seven games.

Two leagues, the SWAC and the MEAC, have tentatively written up six-game conference schedules that will begin in January, with an eight-week training camp, and run from Feb. 27 through April. The SWAC, which doesn't compete in the FCS playoffs, will, tentatively, have six league games and one non-conference option. There is a bye week leading up to March 13 so SWAC basketball fans can attend the league's men's and women's tournament from March 9-13. The MEAC, which does compete in the postseason, wants to split its nine teams up into two divisions, play six conference games, and a league championship game May 1.

Their shortened conference schedules give their players a fighting chance of competing for a playoff spot in the spring, finishing early enough where they will be able to go right into summer conditioning, and, hopefully, getting a bit of a break before the fall starts up again. COVID-19 permitting, of course, because if we're in the same position we are today, we might be looking at summer football across the country. Wear a mask, socially distance, avoid large gatherings, and hopefully we have something similar to a flu shot, at least, to battle this thing come January.

The MVFC has two distinct problems with playing only six or seven conference games in the spring: talent and geography. Five of the league's 11 teams are projected to be among the best 20 in the country, and SIU is one of them. North Dakota State has simply won 37 games in a row heading into this year and will certainly make another deep run in the playoffs. Northern Iowa, South Dakota State, Illinois State and the Salukis, too, which could turn a seven-game conference season into a 10, 11 or 12-game season that stretches into late May. Still doable, as far as finishing in time to try to get some summer conditioning in, recover, and get ready for the 2021 fall, but, difficult.

Geography is the other one. Almost all of the Valley Football teams fly to at least one opponent a year at a cost of about $80,000 per chartered flight. In the COVID era, that's the only safe way to fly, but if the MVFC wanted to avoid flights it could schedule most of a six-game conference schedule but not all of it. SIU could, conceivably, drive to Illinois State, Western Illinois, Indiana State, Missouri State and the great state of Iowa to play the Panthers, but would probably have to fly to its sixth opponent. Youngstown State? Just about a nine-hour drive. The University of South Dakota? Just about 10 hours. Geographical outliers like Youngstown State and Missouri State only have a few opponents within a nine or 10-hour drive.

There are no easy answers to the NCAA scheduling fall championships in the spring and the MVFC trying to figure out a fair league schedule that doesn't tax its athletes twice within 12 months. But there are options. And the easiest option is to quit trying to fit two seasons into one and shorten the spring affair that will be all new to everyone, anyway.

Saluki football coach Nick Hill doesn't see any other way for his squad to be productive this fall if it can't concentrate on the here and now. SIU will have gone 13 months without a football game when January rings in 2021.

Sports Column | Todd Hefferman: Salukis' Maguire eager to run it back next spring