Illinois schools are closed. SIU and the Illinois High School Association have called off sports for at least another two weeks, if not for the rest of the school year, so, chances are, you're stuck at home for the near future.

Without live sports, here are 10 sports movies you can stream at home to get you through the month. Most of these are available through the three main streaming services, Netflix, Hulu or Disney +, but a few are only available to rent through YouTube or Prime Video.

Eastwood plays boxing trainer Frankie Dunn, a rigid man who is estranged from his only daughter and largely keeps to himself. Freeman plays his right-hand man, Eddie "Scrap-Iron" Dupris. Swank plays Maggie Fitzgerald, a gritty fighter who wants Dunn to train her. Dunn refuses at first, but after Fitzgerald joins his Los Angeles gym, he gets so mad at her screwing everything up he agrees to take her on.

Fitzgerald's career takes off, and the two become friends. Fitzgerald earns a shot at the title before her career comes to a tragic end.

This family film from Garry Marshall documents the women that filled the professional baseball gap in the 1940s when World War II took a lot of the men in this country into the service. Geena Davis stars as Dottie Hinson, the wife of a soldier who becomes the face of the league with her athleticism and ability. The only reason she tries out is because her sister, Kit, wants to get out of her routine in Oregon.

Al Pacino, Dennis Quaid and Jamie Foxx star in this NFL-like story about an old coach, an aging quarterback and new blood. Pacino is coach Tony D'Amato, who is trying to get the Miami Sharks to the playoffs. Quaid plays starting quarterback Jack "Cap" Rooney, who has to concede to Foxx's Willie Beamen after he gets injured late in the season.

"Free Solo" is one of the highest-rated documentaries on Hulu. It tells the story of Alex Honnold as he attempts to become the first person ever to climb the 3,000-feet wall of El Capitan in Yosemite National Park without ropes or safety equipment. Solo, as you would guess.

Always in the conversation about the best sports movies of all time, "Hoosiers" takes viewers into small-town Indiana basketball.

Gene Hackman plays coach Norman Dale, who is out of opportunities and trying to make it at a new high school. Dennis Hopper is great as his assistant coach, "Shooter," the alcoholic father of one of Hickory High School's players.

This incredible documentary takes Fogel into the web of a Russian doping scandal that rocked the Olympic Games. It won the Academy Award for best documentary.

The Cleveland Indians haven't won the World Series since 1948, but you can watch them win a lot of games in this iconic story starring Tom Berenger, Rene Russo, Charlie Sheen, Corbin Bernsen and Wesley Snipes. Berenger is washed-up catcher Jake Taylor, who gets a chance to make one more run in the major leagues after the owner of the team tries to get them to lose enough to move to Miami.

Kurt Russell stars in this true story as player-turned-coach Herb Brooks, who takes a young U.S. Olympic hockey team to the 1980 gold medal. The Americans upset the veteran Russians 4-3 in the tournament semifinals, in what many consider the biggest upset in sports history, and beat Finland 4-2 to win the gold. Eddie Cahill plays goalie Jim Craig in the Disney film.

Denzel Washington and Will Patton star in this true story of black and white, toughness, family and football in Virginia. Washington plays an African American coach, Herman Boone, who takes the football program at a recently integrated high school. Patton's character, Bill Yoast, was the former coach, and becomes Boone's assistant.

The two work out their differences as the players do, first at training camp in Gettysburg, Pennsylvania, and then through high emotions in Virginia. Boone takes the team past the Gettysburg cemetery on a morning jog in one of the best scenes of the movie.

"This green field right here was painted red, bubbling with the blood of young boys," he said. "Smoke and hot lead pouring right through their bodies. Listen to their souls, men. I killed my brother with malice in my heart. Hatred destroyed my family. You listen and take a lesson from the dead. If we don’t come together right now, on this hallowed ground, we too will be destroyed just like they were."

Before LeBron James ruins the original with a remake that is expected to be released next year, take in the original with the greatest basketball player of all-time, Michael Jordan, Bugs Bunny, Daffy Duck and Bill Murray. When the owner of an intergalactic amusement park is looking for a new attraction, he sends aliens to Earth in search of the Looney Tunes.

Bugs, Daffy and the crew challenge the aliens to a basketball game to make them leave them alone, thinking they will surely win. The aliens turn the tables, stealing the talents of Charles Barkley, Larry Johnson, Patrick Ewing and others. The Looney Tunes turn to Jordan, who is out of sync after leaving the game to play professional baseball, who returns to form just in time to win the game.

CARBONDALE — For a team with an extremely young core, graduate transfer Jakolby Long was a welcome addition for SIU's men's basketball team.

With spring training starting up again Friday, Saluki alumns, now Cubs podcasters, Lieber and Gordon are both optimistic there will be baseball this month.

CARBONDALE — The players may all have faceshields, the refs may be wearing masks, and the stadiums might be empty, but Missouri Valley Footbal… 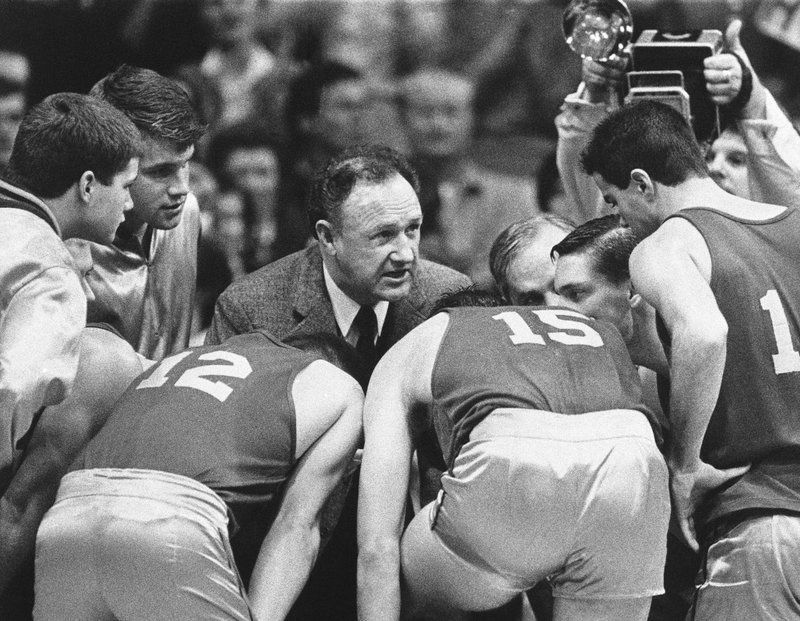 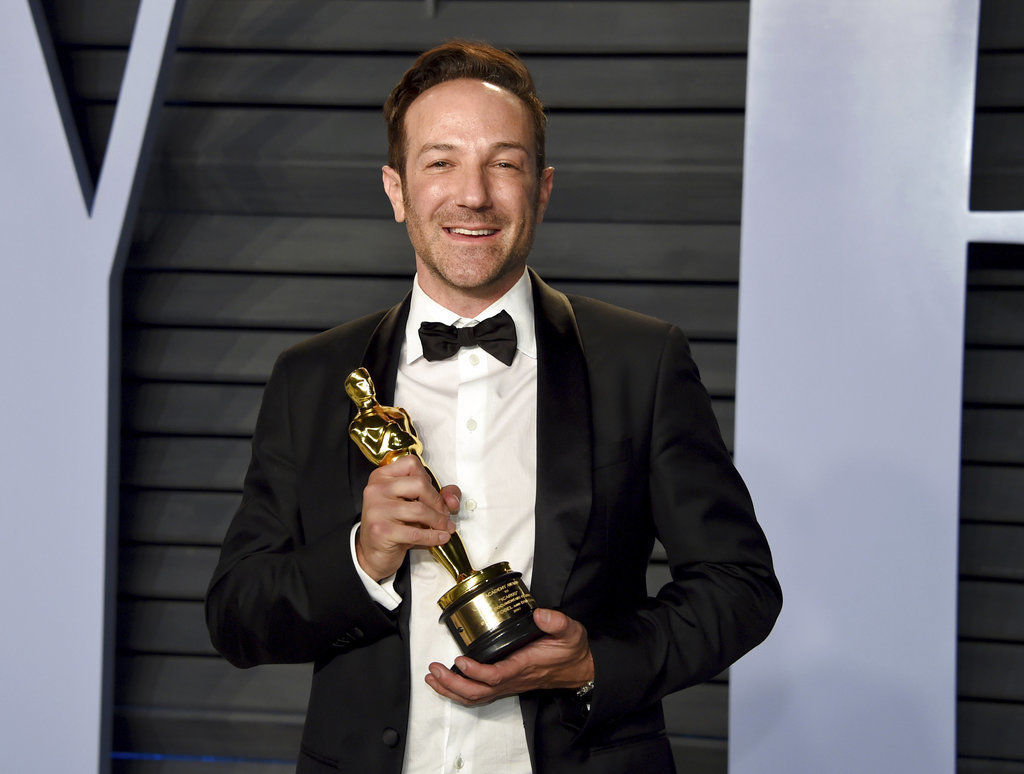 Bryan Fogel, winner of the award for best documentary feature for "Icarus," arrives at the Vanity Fair Oscar Party in 2018. 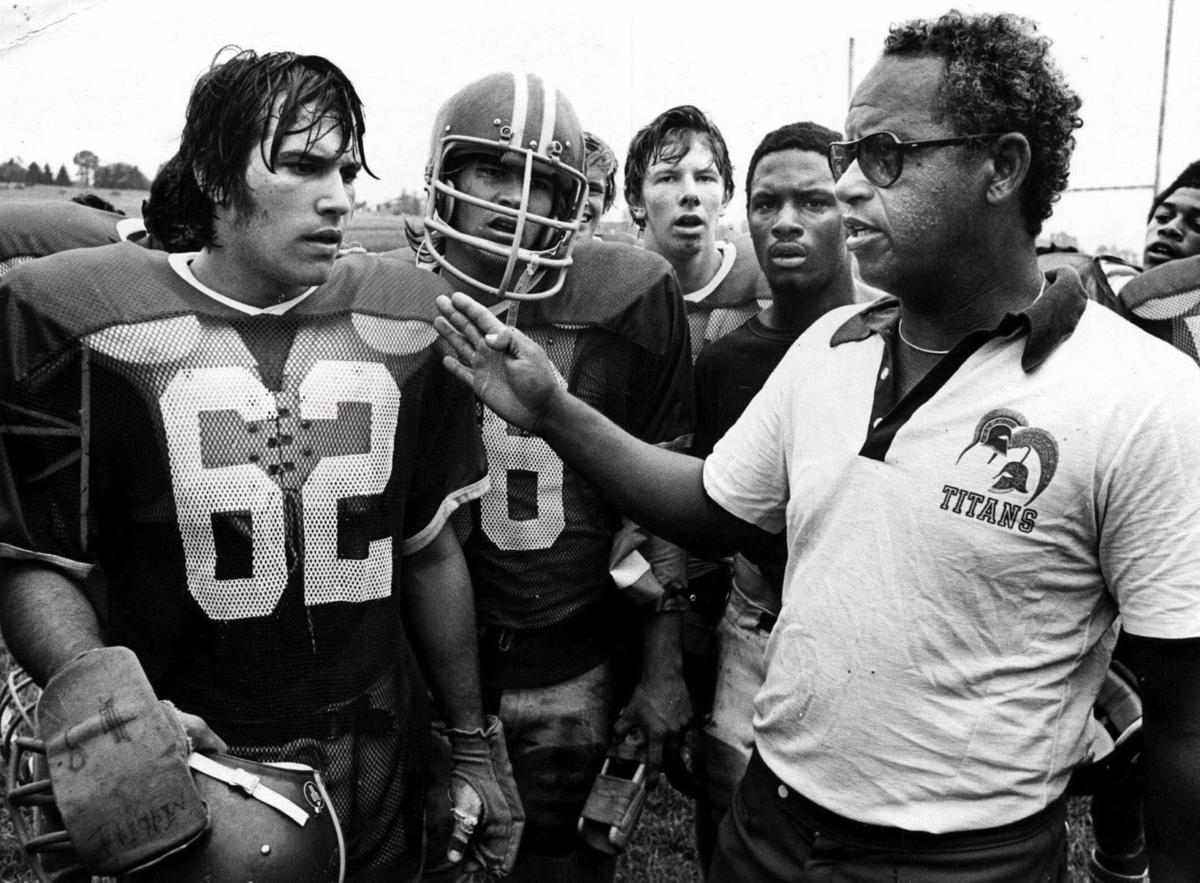 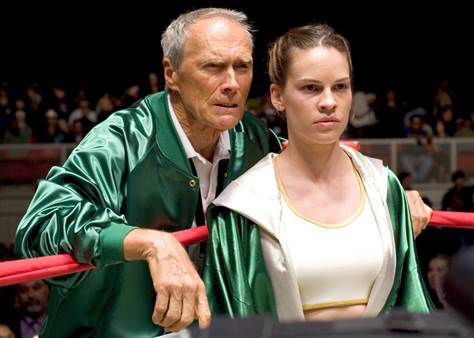 In this scene from "Million Dollar Baby," trainer Frankie Dunn (Clint Eastwood) gets Maggie Fitzgerald (Hilary Swank) ready for a fight. Swank won the Oscar for Best Actress in 2005 for her potrayal of the boxer who suffered a tragic end.