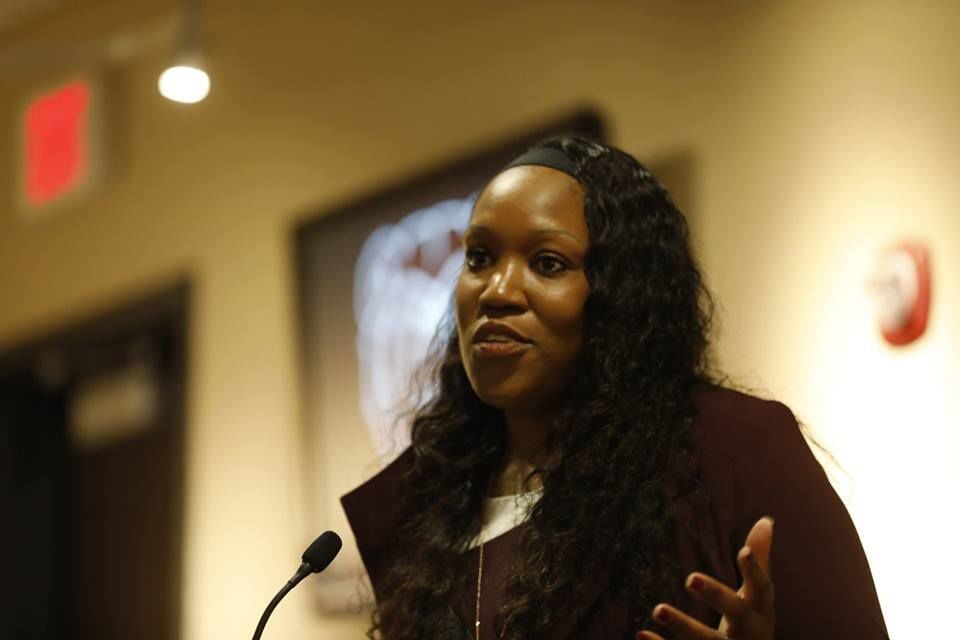 Missouri State introduced Amaka Agugua-Hamilton as its new women's basketball coach in 2019. Agugua-Hamilton came from Michigan State, where she had been for the last six years, four as the associate head coach. She replaced Kellie Harper, who left to lead her alma mater, Tennessee, following the Lady Bears' Sweet 16 run. 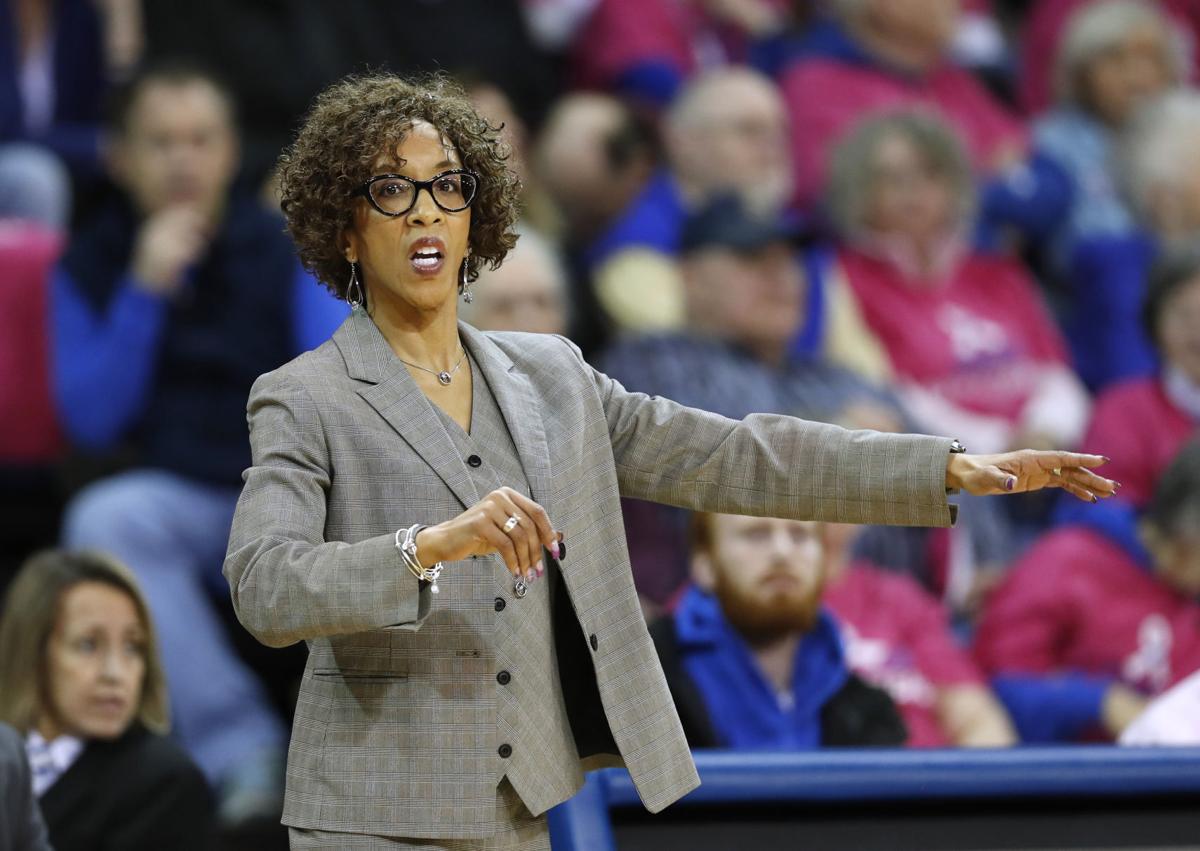 Northern Iowa women's basketball coach Tanya Warren directs her team against Drake during the 2016-17 season. Warren, one of two Black women's head coaches in the Missouri Valley Conference, enters her 14th season with the Panthers. 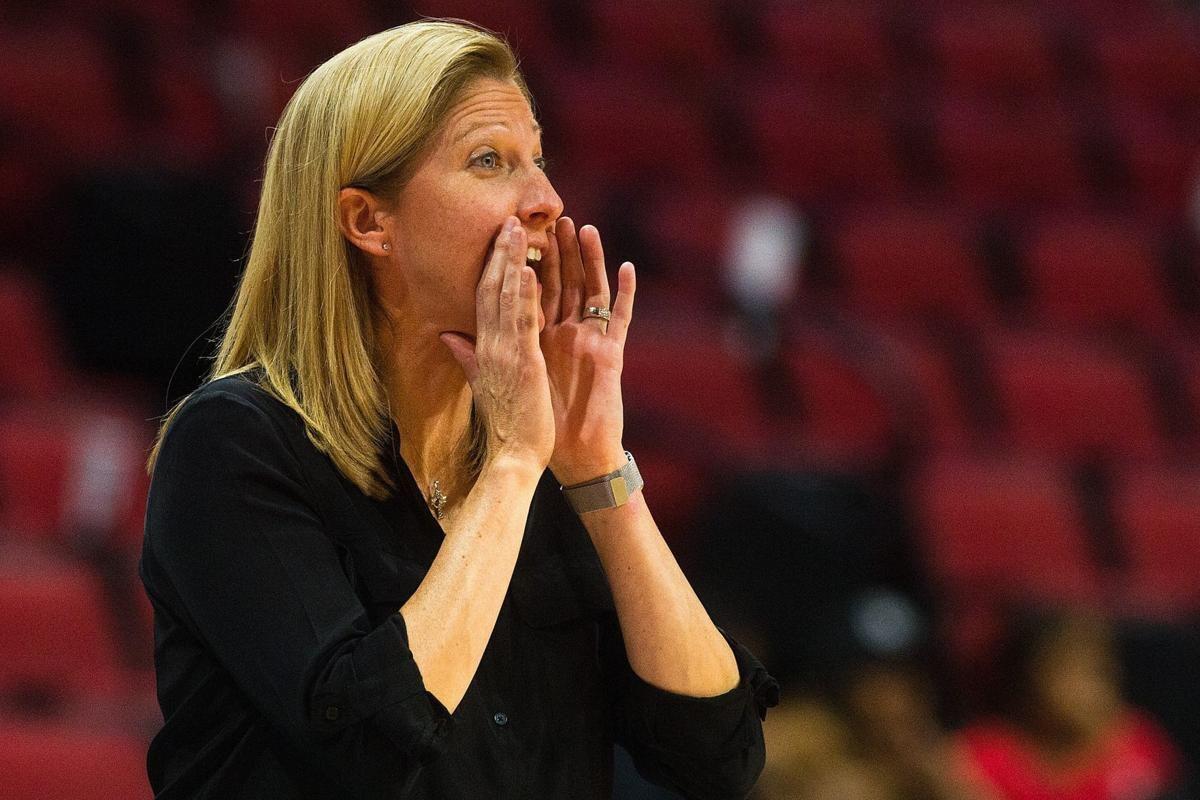 CARBONDALE — Shortly after the coronavirus pandemic eliminated their teams' last chances for an NCAA postseason, the Missouri Valley Conference's women's basketball coaches had to have even more uncomfortable conversations.

Three leaders spoke about the tough talks they endured after the deaths of George Floyd and Breonna Taylor during the league's coaches roundtable Oct. 13. Two of them, Missouri State's Amaka Agugua-Hamilton and Northern Iowa's Tanya Warren, had unique perspectives as the league's only Black head women's basketball coaches.

"We have diversity on our team and our staff, and it was important that I continue to create a safe place where people didn't feel any judgment and could voice their opinion, concerns, fears, whatever it is, just the uncertainty of everything," said Agugua-Hamilton, the 2020 MVC Coach of the Year. "We had some intimate talks as a program, as a family, and there was a lot that came to light with that. Some was education. A lot of them had seen some stuff on TV, but when you hear somebody you consider a sister or a teammate, coach, mother type of figure, talk about their experiences, it hits home a little bit more. So there were tears and there were intimate conversations that took place there."

Taylor, an unarmed Black woman, was killed by Louisville police in March. Sitting in bed with her boyfriend, Kenneth Walker, she was killed after Walker fired at what he thought were intruders who turned out to be police serving a narcotics warrant. Walker fired one shot, which hit an officer in the leg. That officer and two others returned 32 shots, hitting Taylor five times. She died at the scene.

A grand jury in Louisville declined to charge any of the officers in Taylor's death. One officer was charged with wanton endangerment for firing bullets that went through Taylor and Walker's apartment and penetrated a neighbor's home.

Floyd, a Black man, was killed at the hands of Minneapolis police in May, setting off protests around the world. Despite Floyd's pleas for air, he died when a white police officer pressed his knee into his neck for several minutes when he was on the ground. Floyd's death was caught on video by a bystander. The officer that kneeled on Floyd's neck, Derek Chauvin, is charged with second-degree murder, third-degree murder and manslaughter. The other three officers involved in the incident are charged with aiding and abetting second-degree murder and manslaughter. All four officers were fired.

"When people cannot say Black Lives Matter, I think that's adding to the problem," Agugua-Hamilton said. "Because if you look at what's happening in the country right now, the current climate of the country and the turmoil, and even if you go back to civil rights, and the systemic part of it, it is a discrepancy. It is Black lives being attacked."

Agugua-Hamilton, a Virginia native, became the first Black female head coach at Missouri State in any sport when she was hired in April 2019. A four-year team captain at Hofstra, she was an assistant coach at VCU, Indiana, Old Dominion and Michigan State.

Warren, a 1988 graduate of Creighton, is a member of the Bluejays' Hall of Fame, the Des Moines Lincoln High School Hall of Fame and the Iowa High School Girls Hall of Fame. The longest-tenured women's basketball coach in the Valley, she is entering her 14th season at Northern Iowa.

"As soon as the George Floyd thing happened, it was a tough conversation but it was a conversation that needed to be had. And we had it," Warren said. "And there were a lot of tears, and like Mox said, as soon as you hear Black Lives Matter, a lot of people will say 'Well, all lives matter.' Absolutely. Absolutely all lives matter. I couldn't agree more. And I was brought up that way, too, you don't see the color of one's skin. However, not all lives are threatened. And right now we're in a situation where our lives are threatened on an everyday basis."

Agugua-Hamilton and Warren have put their talk into action, too, this fall. Agugua-Hamilton worked with Missouri State men's basketball coach Dana Ford, a Tamms native, to bring the community in Springfield, Missouri, with local police. Warren, the Panther women's team and the UNI men's team led a unity walk earlier this month.

Illinois State coach Kristen Gillespie, a former player at North Carolina State, helped everyone on her team get registered to vote and reached out to some former Black players to try to understand their paths through college. She spoke to her team about white privilege, which she said not many of her players had ever heard of. Gillespie, a white coach, said watching the energy of this generation's movement toward racial equality has given her, and other coaches in the league, hope.

"I think (Bradley) coach (Andrea) Gorski said it best, 'There's so much hope in this generation,'" Gillespie said. "I've been coachin' 20 years, and I've never been around a more galvanized, passionate group that, not only do they want change, they're demanding it. And they're not just sitting back. They're going out and finding their voices, and they're going to be the change we need in this world."

CARBONDALE — The versatility of SIU's forwards extends to its guards, too.

Missouri State introduced Amaka Agugua-Hamilton as its new women's basketball coach in 2019. Agugua-Hamilton came from Michigan State, where she had been for the last six years, four as the associate head coach. She replaced Kellie Harper, who left to lead her alma mater, Tennessee, following the Lady Bears' Sweet 16 run.

Northern Iowa women's basketball coach Tanya Warren directs her team against Drake during the 2016-17 season. Warren, one of two Black women's head coaches in the Missouri Valley Conference, enters her 14th season with the Panthers.