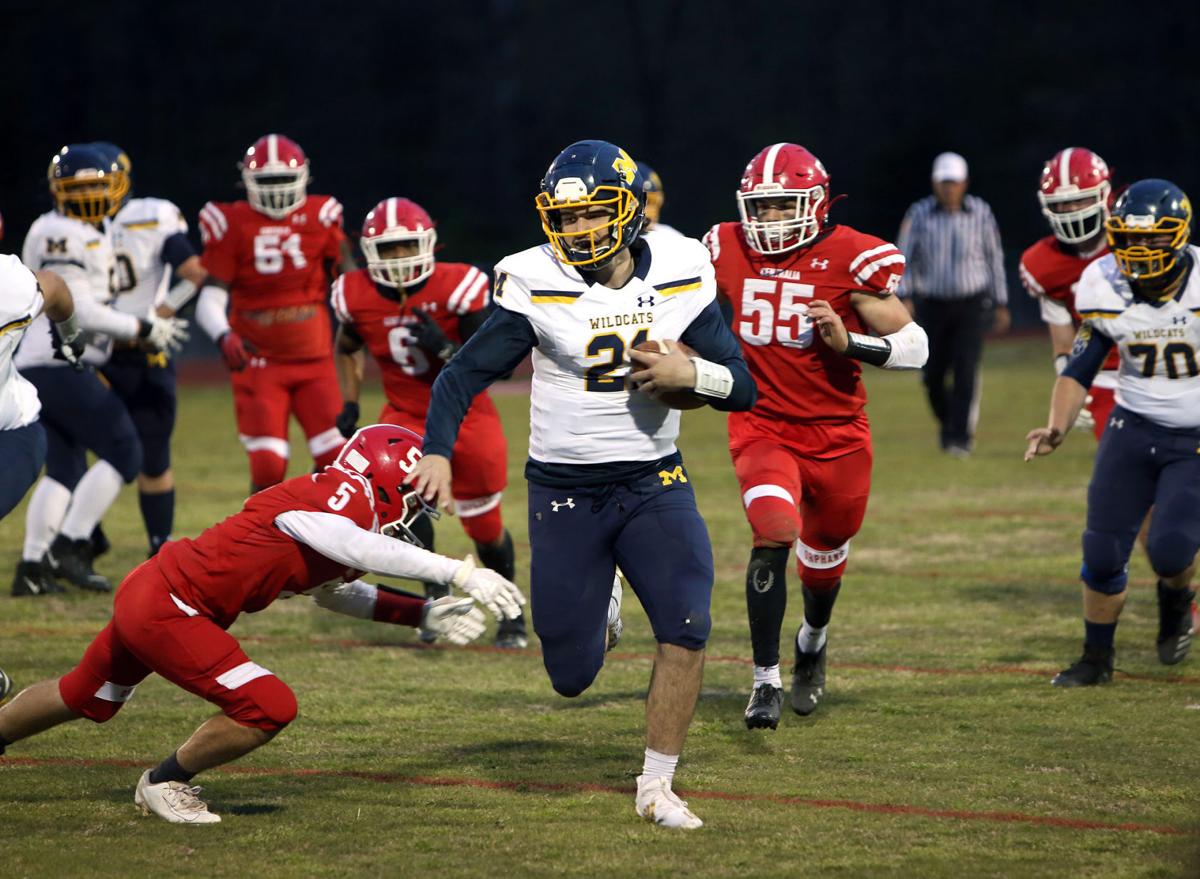 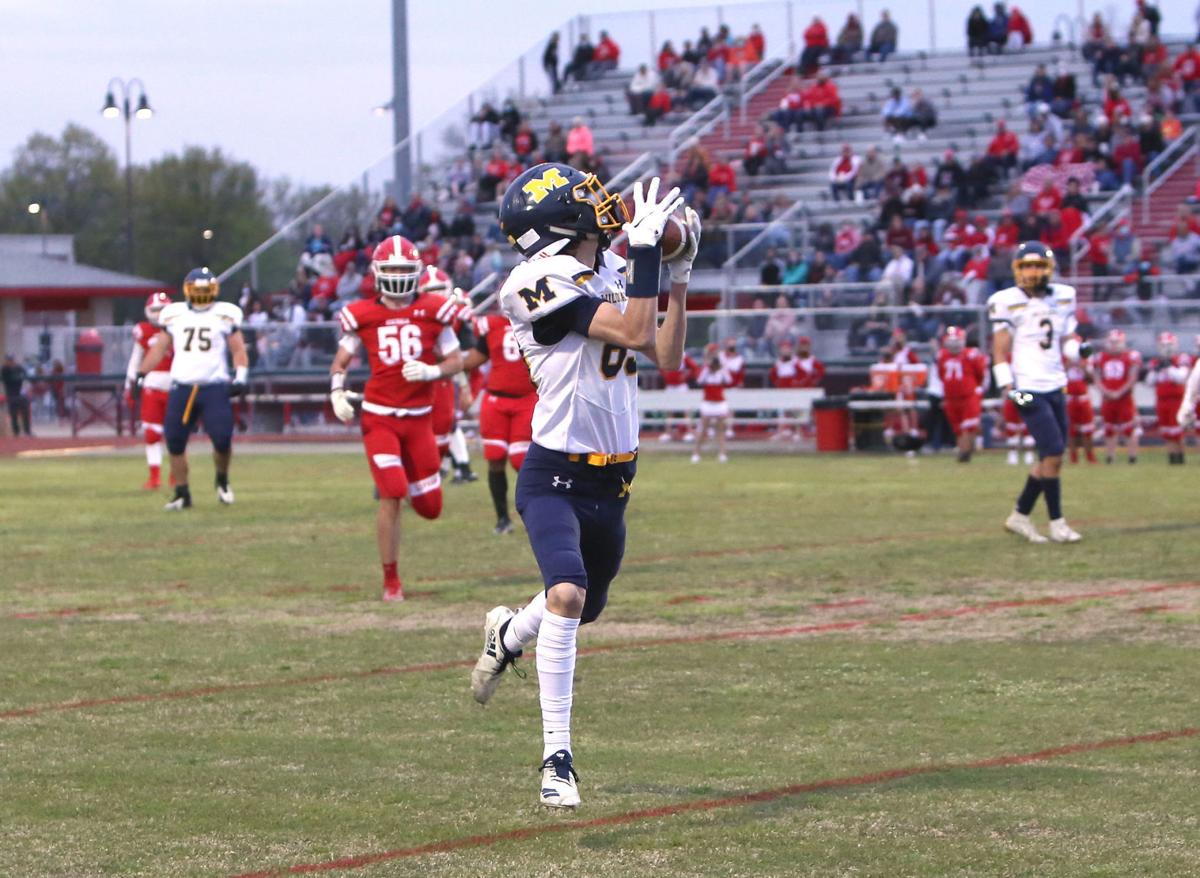 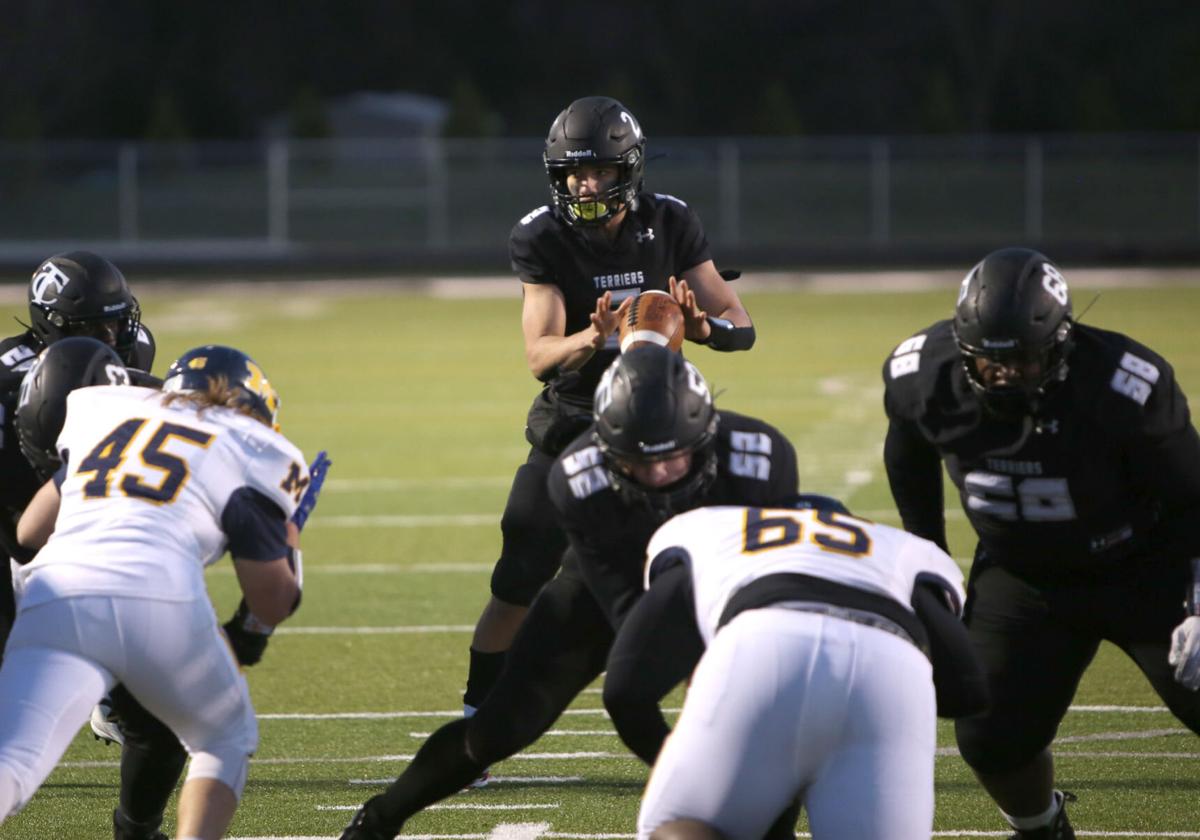 Carbondale quarterback Darius Ragland runs the ball during the first half of Friday night's South Seven Conference football game between Marion and Carbondale at Bleyer Field in Carbondale. 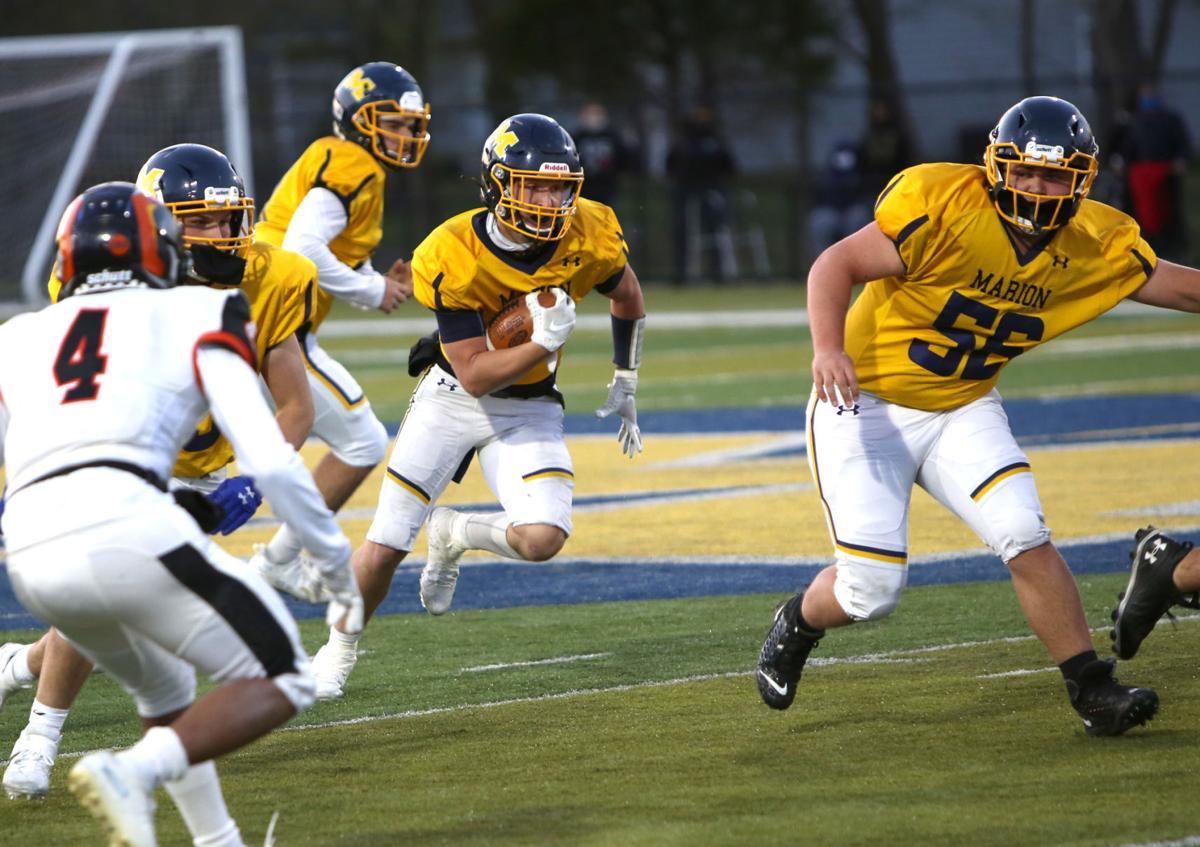 A 63-28 blowout loss to South Seven rival Marion in Week One is a hatchet that Carbondale coach Bryan Lee and his team have since buried.

Lee’s Terriers (2-2, 2-3) are hoping to keep the score closer when they travel to Marion (5-0, 4-0) on Friday in a significant rematch to close out a wild, yet quick season. Perhaps, even more significant given that Lee’s not calling it a revenge game.

“If I was a more aggressive, testosterone-driven coach, I’d be talking about revenge, but I’m really just excited to watch my kids continue to grow,” Lee said on Wednesday. “It’s obviously a rival game so the kids won’t have a problem getting up for it. It will be good to have the seniors on the field one more time.”

Two key factors played into that first week: Neither side had game film and there was the challenge of learning remotely. So, now that both sides can study offensive and defensive formations, there should be a more level playing field.

Marion coach Kerry Martin remembers the game so well, that even despite the fact that his team led 42-14 going into the fourth quarter, he never felt comfortable on the sideline. He credited Lee’s ability to coach and the number of weapons for Carbondale.

“I can remember in the fourth quarter I was still uneasy,” Martin said on Wednesday. “Carbondale has great players at the skill positions and they’re a very fast and dangerous team.

“We throw out the first game score. If we cling to that, like that’s going to happen again, it’s going to burn us. We expect a hard-fought game.”

Marion is plus-126 in point-differential this season. The Wildcat offense averages 45.2 points a night while the defense allows an average of 20 points. Senior transfer quarterback Hunter Simmons led the offense in last week's 42-24 victory against Centralia with 157 passing yards and a team-high 103 rushing yards.

A threat on offense and defense is Marion junior Venson Newsom, who sealed last week’s victory with a 50-yard interception return for a touchdown one play after the Orphans recovered an onside kick. Martin touched on weapons like Newsom and the 6-foot-3, 225- pound Simmons, who completed passes to 10 different players a week ago.

“I just think it’s been a team effort,” Martin said. “We have different leading receivers and rushers each night, and the fact that we get big plays from different people is pretty cool.

“We’ve also been unselfish. Chase (Isbell) moves over to running back for Hunter to step in at quarterback, which we think was the missing puzzle piece. I think that what (Simmons) has brought to the table with his attitude, work ethic and leadership has allowed us to put people in good positions.”

Carbondale doesn’t lack talent under center either. Senior quarterback Darius Ragland will line up for his final game before joining Lindenwood University in Division II as a defensive back next year. Between him and Simmons, who is committed to play DIII at College of Dupage, fans will see two of the most talented dual-threat quarterbacks in the region.

Defensively, the Terriers allow 31.4 points and that mirrors the 31.8 points averaged by the offense. Martin expects Lee to call plays he’s never seen before which might not be a bad idea after Marion’s offense outperformed Carbondale in total yardage the first week, 609-243.

“I expect the unexpected,” Martin said. “It’s been a crazy COVID season for everyone, so I think in the end it comes down to them doing what they do best. We have to do what we do best.”

Simmons’ 386 passing yards and three touchdowns in the first go around is what Lee is preparing against.

“We saw it when (Simmons) was in Mount Vernon; he’s a big body that doesn’t go down easy,” Lee said. “They’ve done a good job of putting him in a system that fits his skill set.

“On our side, my kids have grown throughout the year and they’re excited for this game. We’re a group that won’t give up.”

Retired players are eligible for payouts in the NFL's $1 billion settlement of brain injury claims. But the NFL uses a scoring algorithm on dementia testing that assumes Black men start with lower cognitive skills.

The Chicago Bears’ chance to mold QB Justin Fields begins at this weekend’s rookie camp. They have ‘a beautiful piece of clay,’ says the Ohio State OC.

If Ohio State offensive coordinator Kevin Wilson was forced to pick one play from Justin Fields’ signature game as a college quarterback, he’d need a few minutes to sift through the choices. After all, Fields fired 28 passes and ran eight times during the Buckeyes’ 49-28 upset of Clemson in the College Football Playoff. He threw for 385 yards with six touchdown passes that night in New Orleans, including a 56-yard, third-quarter kill shot to receiver Chris Olave.

NFL will release its 2021 schedule on Wednesday. Here’s how to watch, including where to find Chicago Bears coach Matt Nagy.

How many “Save the Date” notices merit special live coverage on two TV networks?

Sports Column | Braden Fogal: We could all learn something from Marion's Chase Isbell

When a coach says 'There’s No “I” In Team', I assume Marion Wildcat senior Chase Isbell is listening close by with a notepad and pencil at his…

That chipping noise across the NFL is star quarterbacks tearing down the wall of feudal power. Aaron Rodgers demands out of Green Bay.

The Packers and Ron Wolf pinned their turnaround hopes on a guy who threw five passes — two of which were intercepted — as a rookie and overslept for the team picture after a night of carousing. And it worked out brilliantly.

Brett Favre’s advice to Aaron Rodgers: ‘You don't want to go out this way’

Given the level of acrimony Brett Favre sees between the Green Bay Packers and Aaron Rodgers — a familiar feeling, having been there himself in 2008 before being traded to the Jets — Favre isn’t betting on there being a happy ending.

Carbondale quarterback Darius Ragland runs the ball during the first half of Friday night's South Seven Conference football game between Marion and Carbondale at Bleyer Field in Carbondale.