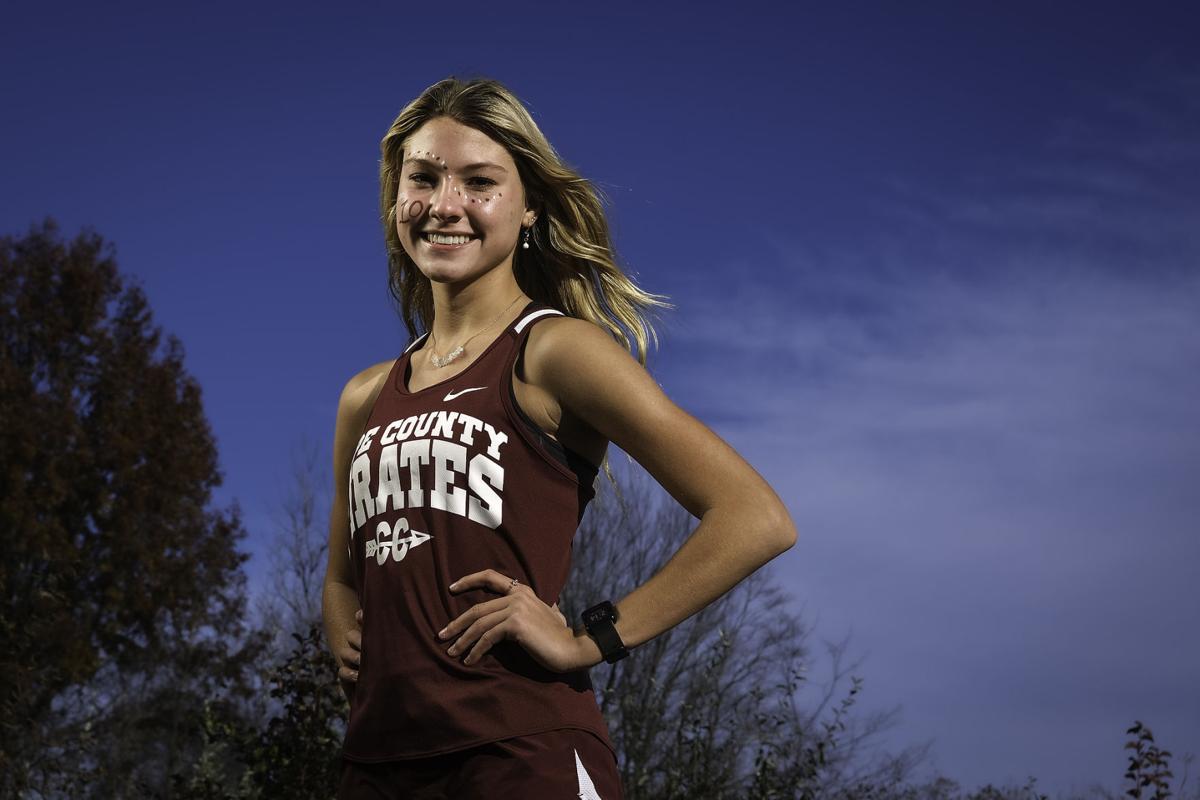 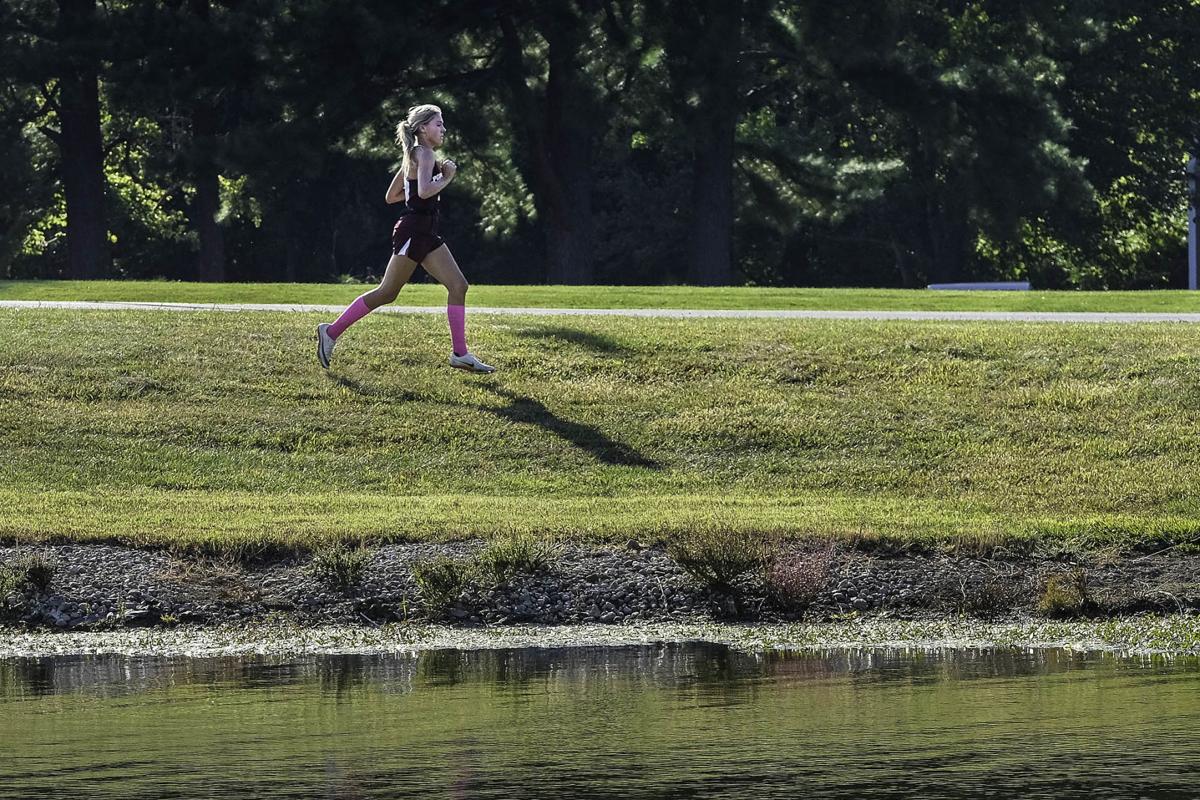 Pope County’s Ahry Comer nears the finish of the girls’ race at the Carterville Invitational in Carterville. Comer went on to finish first.

JOHN D. HOMAN FOR THE SOUTHERN

POPE COUNTY — There were some outstanding female cross country runners this fall - Olivia Phillips of Du Quoin, Brodie Denny of Anna-Jonesboro, Maddie Karcher of Hamilton County, Vanessa Teel of Pinckneyville, Molly Robertson of Carterville and Miah Gilmore of Murphysboro, to name a few.

But the best runner day in and day out was Pope County sophomore Ahry Comer.

For her efforts, Ahry is The Southern's Cross Country Runner of the Year.

"Ahry is so fascinating for me to watch run," said Pope County Pirates coach James Forthman. "I just try to get out of her way."

Forthman said there is planning or strategy involved before each contest, pointing out that Comer's mother, Holly, and stepfather, Eddie Mayhall, are also a part of the race preparation. But in the end, it's up to Comer to determine when to push the pace and when to back off just a bit.

"This was my seventh year as a cross country coach," Forthman said. "And I can say that Ahry is in a different league from most other runners. She has a different motor. She's the type that would sooner run til her heart exploded than lose. She has great passion for running and her goal is to win state."

Forthman added that he has attempted to upgrade the schedule in order to help Comer gain exposure as a premier competitor.

"That's the idea," he said. "In a little more than two years, Ahry is going to run at the college level. Right now, her times are consistently in the 17-minute range, which is appealing to a lot of schools. She's definitely going to get a scholarship. And if she starts getting that time down in the 16s, I can see her going to a big-time school to compete."

Comer was a state champion two years ago at the junior high level in the small-school category. She then missed out on running at the regional and sectional last year as a freshman after a freak car accident damaged one of her legs.

"She almost lost her foot, but fortunately, everything worked out OK, and even though Ahry wasn't able to start training until this past June, she was able to make a full recovery," Forthman said. "She used that down time as motivation for this past season. Imagine what she might have done if she had a full year to train."

Comer was humbled by the news of her award.

"I was not expecting anything like this - at least not this year," the sophomore said. "It turned out to be a good year and I'm really happy with everything I was able to accomplish. The work that I put in this past summer paid off and I just hope that I can do as well or better next year."

Comer said she likes to challenge herself to perform better at each meet.

"If I see someone ahead of me or beside me in a race, I want to push myself past that person. I know when it's time to go hard in order to win. What was great about the state meet was that I had never competed against so many great runners before. It was really an eye-opening experience. And the crowd was great. I had never seen that many people at a cross country meet before. It was special."

Comer said placing seventh overall at state was nice, but not acceptable to her.

"I had never been beaten in a race before, so now I know how much more work I need to put in to win the race the next time," she said.

Comer also pointed out that she has made many new friends through competition.

"That's one of the best parts of running," she said. "I have gotten to know so many of the girls. I enjoy making new friends."

The Pope County native is also more than a one-trick pony. Comer participates in three additional sports, including volleyball, basketball and softball.

"She's my point guard in basketball, and a good one," Forthman said.

"I like basketball, but cross country is definitely my favorite sport," Comer said.

A straight-A student active in the Student Council, FBLA, FCA, Science and Art clubs, Comer said she can't help but look to the future now and then.

"I think about college a lot. North Carolina and LSU are a couple of schools that I like. But I know that to make it at a big school, I know that I will have to work that much harder both as a runner and in the classroom."

To learn more about Cy Norman, it's pretty easy considering he has wisely already registered his name as a website domain and loaded that page…

The story of the Southern Illinoisan’s Girls Golfer of the Year is brought to you by the number three.

Pope County’s Ahry Comer nears the finish of the girls’ race at the Carterville Invitational in Carterville. Comer went on to finish first.