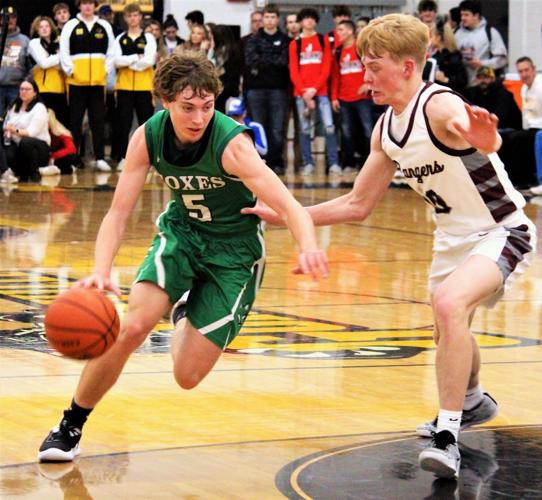 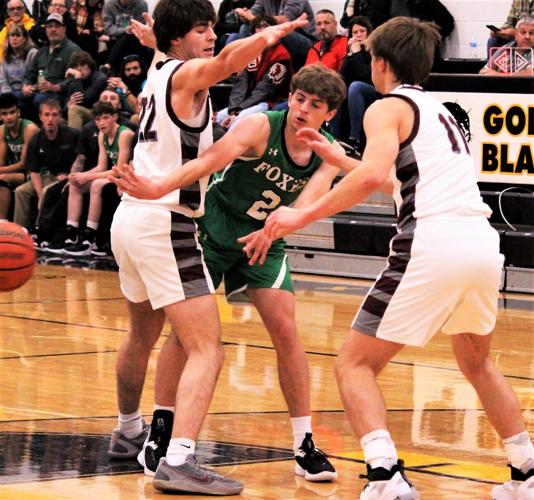 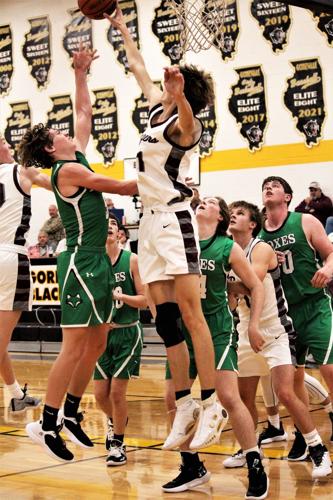 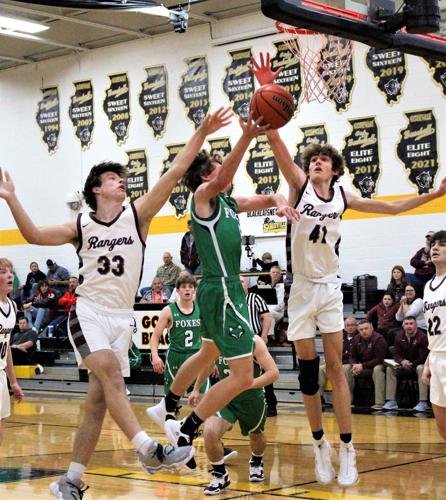 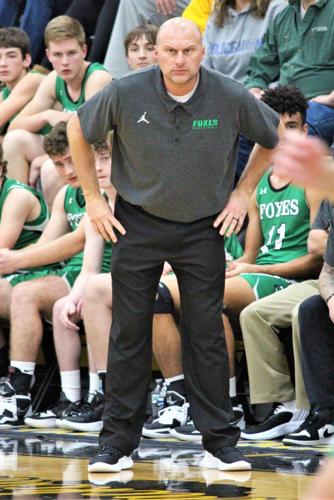 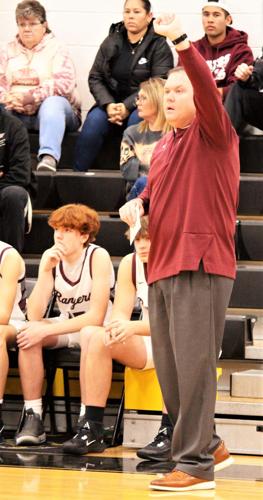 Benton coach Ron Winemiller calls out a play during his team’s game against Hamilton County Thursday night at the Goreville Invitational Tournament.

GOREVILLE — Benton remains undefeated with a 54-35 win over previously unbeaten Hamilton County in the second game of the third day of the 10th annual Goreville Boys Basketball Invitational on Thursday night.

The game also was a milestone for Benton coach Ron Winemiller with the win being the 300th of his career.

“It’s a lot of really good players,” Winemiller said. “If you do it long enough 300 wins are going to come and I’m not going to tell you how many losses.”

Benton was led by Isaac Billington with 15 points followed by Luke Melvin and Docker Tedeschi with 12 points.

The Rangers came out blazing, hitting 50% of their shots overall, but more remarkably sinking 5-of-8 from beyond the arc, including making their first four from the perimeter.

“We really got off the a good shooting the ball well and did a good job defensively making them take some tough shots and keeping a lot of people around Wyatt (Hamson),” Winemiller said. “We are not the biggest team, so it was nice to make some shots early and make them have to guard us on the perimeter.”

The Rangers took a 17-10 lead after the first quarter. Hamilton County shot only 3-of-8 in the first quarter and was actually worse in the second making just 2-of-11 shots, but the Foxes took advantage of the Rangers cooling off (3-of-10 overall and 0-of-5 from long distance).

Hamilton County (2-1) scored just seven points in the second quarter on a 3-pointer by a last second injury replacement freshman Ethan Kessler, a jumper by Trenton Pike and two free throws by Landon Fricker while the Rangers managed just nine points to hold a 26-14 lead at the half.

Benton eventually extended its lead to 20 points by the end of the third quarter and finished with a 19-point victory. Pike led the Foxes with 11 points while Hamson was held to four as the Cougars fell to 1-2 for the season.

“We played really well tonight,” said Johnston City coach Scott Burzynski. “We shot the ball well. We got inside and outside and I thought we did a really good job rebounding, especially a lot of offensive put backs. We knew we had a size advantage coming in and we did a really good job of taking care of that. You really have to be ready to play in this tournament. I’m pretty pleased with 2-1 to put ourselves in a position for the weekend.”

The Benton Rangers trailed for two quarters and a half, but a late third quarter run gave them the lead to capture another win.

An inability to score points in the paint proved to be the difference Friday.

The Benton Rangers blew open a close game with a strong third quarter Wednesday en route to a 77-50 win over Vandalia.

The Pinckneyville Panthers flexed their muscles and took care of business on the hardwood Wednesday, cruising past Hamilton County, 54-27.

Some big-game match-ups don't live up to the hype, but that wasn't the case Saturday night in Herrin.

In one of the wilder heart-stopping games this basketball season, the Massac County Patriots overcame a  fourth-period deficit and escaped with a win over the host Rangers.

To say Carterville’s 54-46 Mississippi Division win over Pinckneyville Friday night was emotional would be an understatement.

This Day in History: First Winter Olympics take place in the French Alps

This Day in History: First Winter Olympics take place in the French Alps

Benton coach Ron Winemiller calls out a play during his team’s game against Hamilton County Thursday night at the Goreville Invitational Tournament.