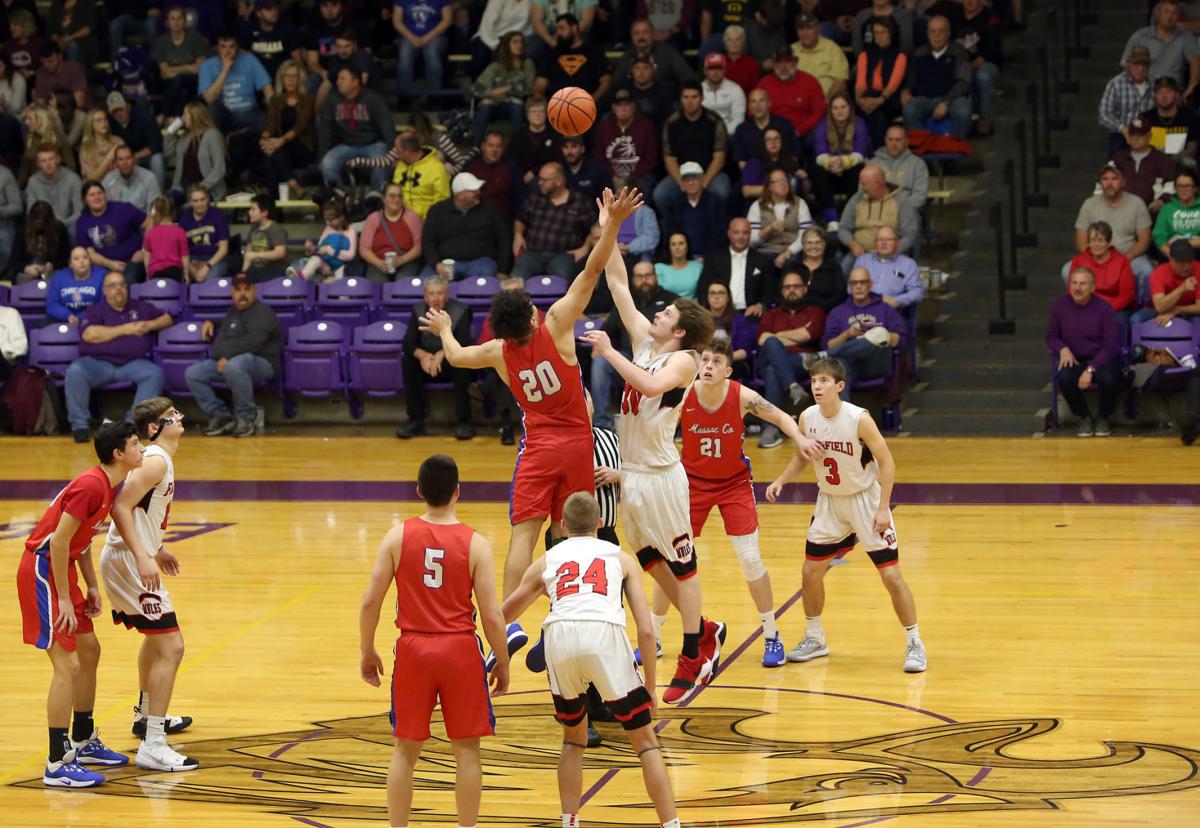 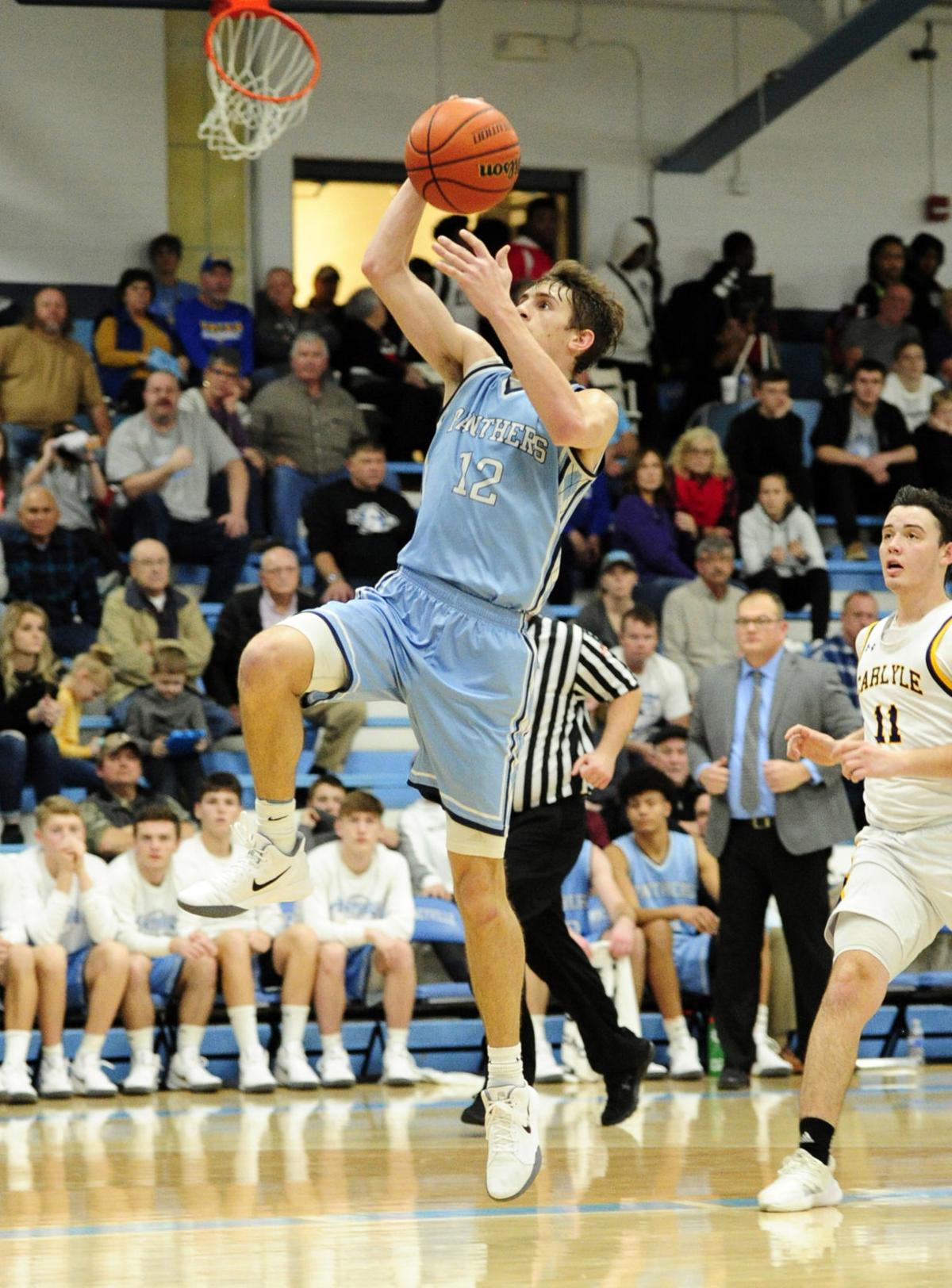 Pinckneyville guard Dawson Yates flutters to the basket for a layup during the  semifinals of the Duster Thomas Hoops Classic at Thomas Gymnasium on Saturday in Pinckneyville. 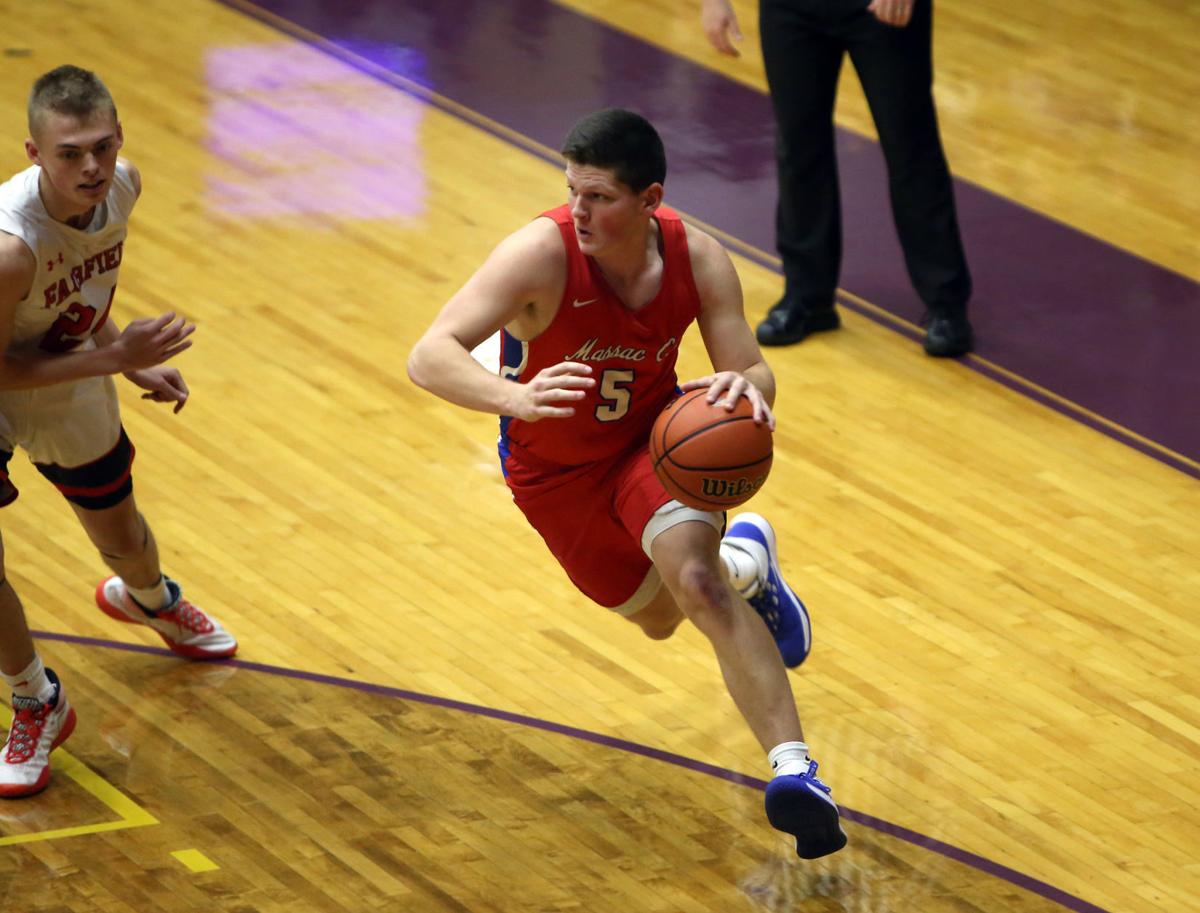 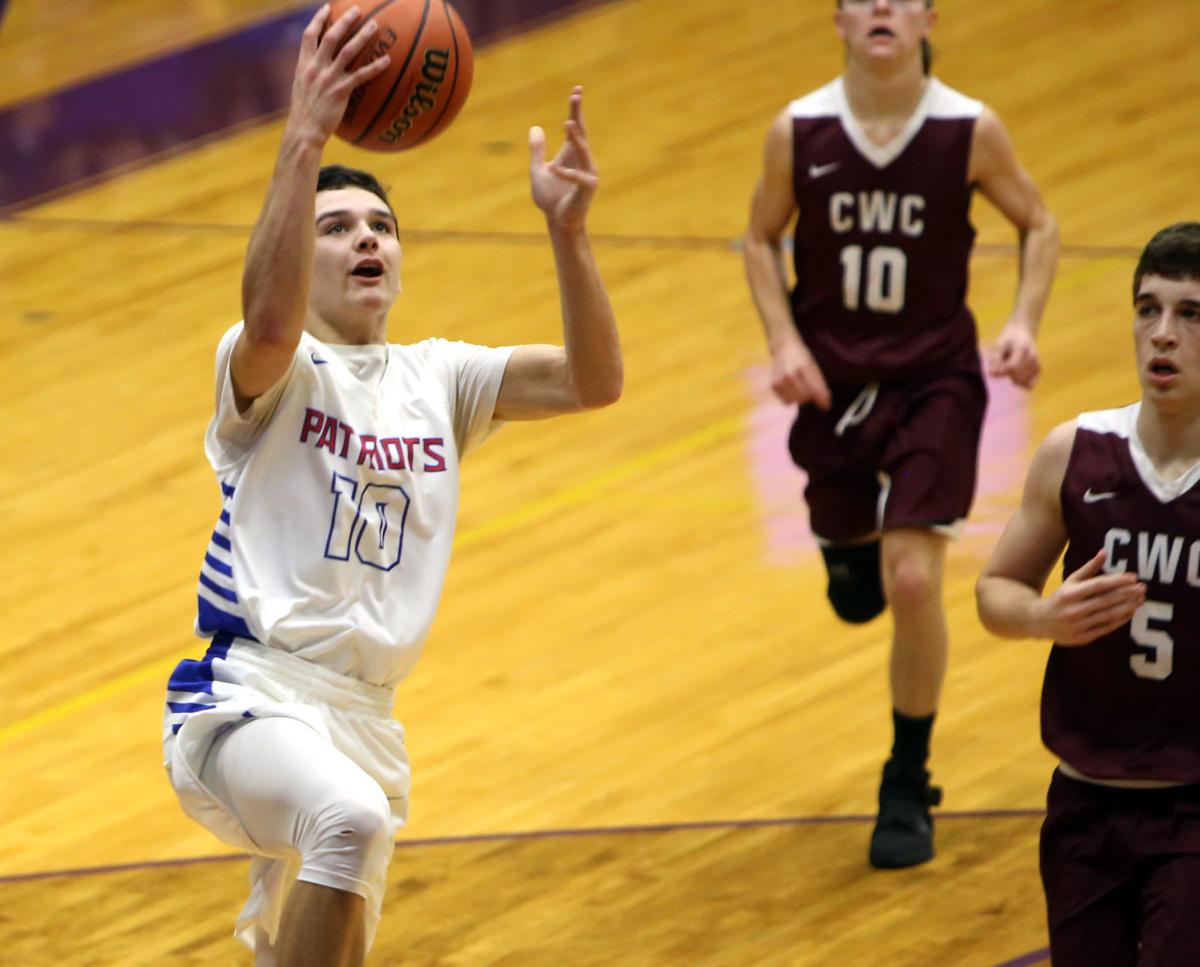 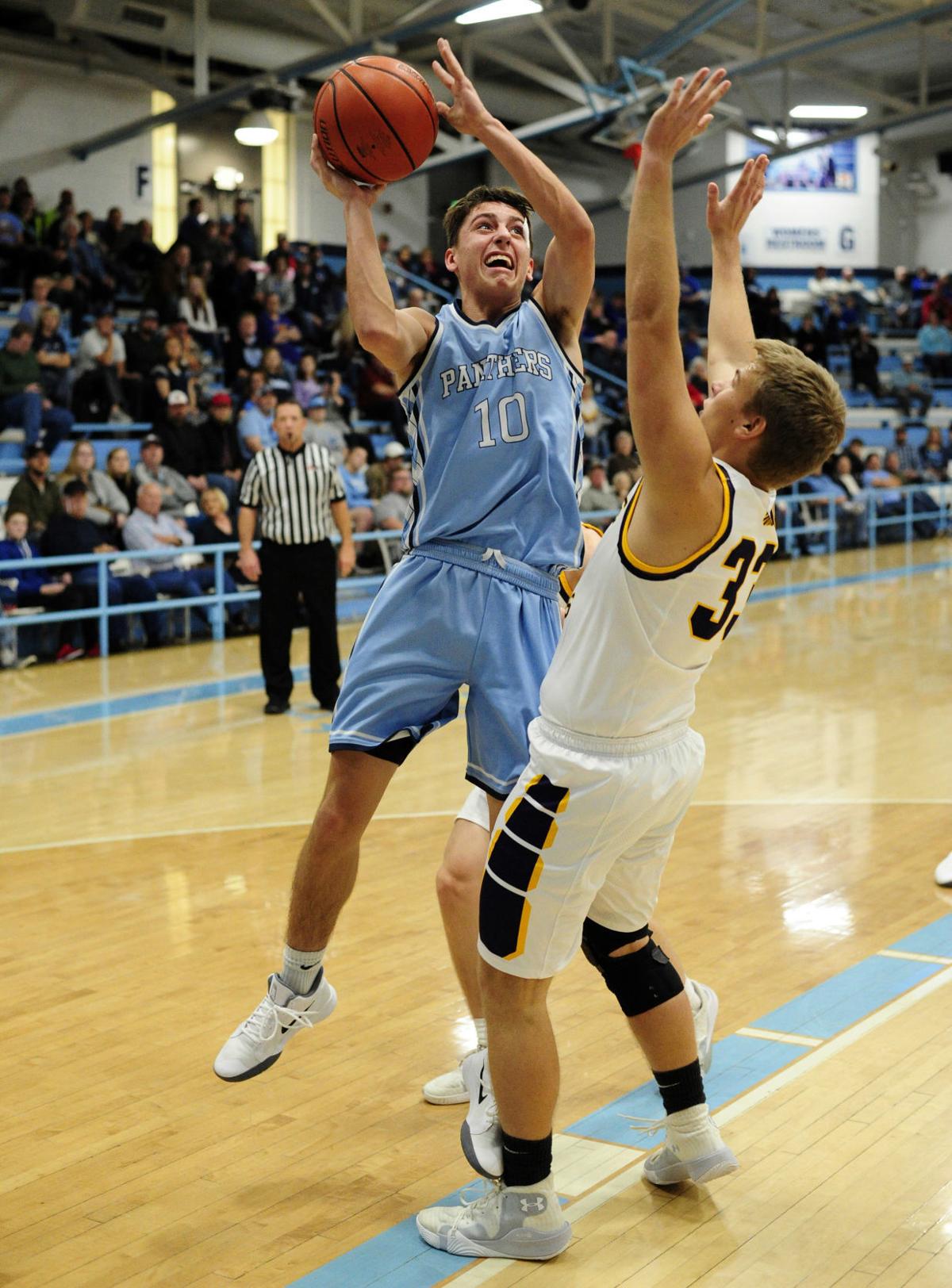 Pinckneyville guard Ben Restoff puts up a shot against Carlyle forward Isaac Smith during the Pinckneyville Panthers 52-34 win over the Carlyle Indians in semi-finals of the Duster Thomas Hoops Classic at Thomas Gymnasium on Saturday in Pinckneyville. 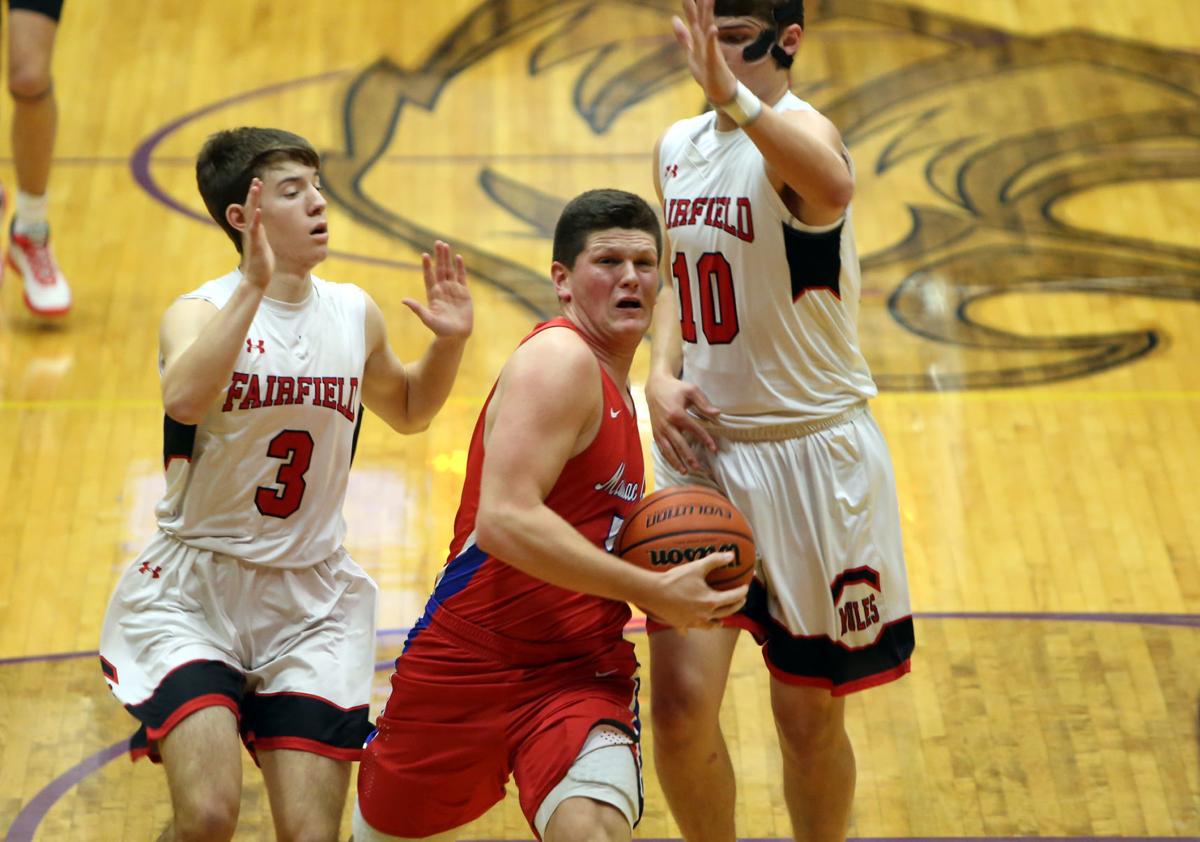 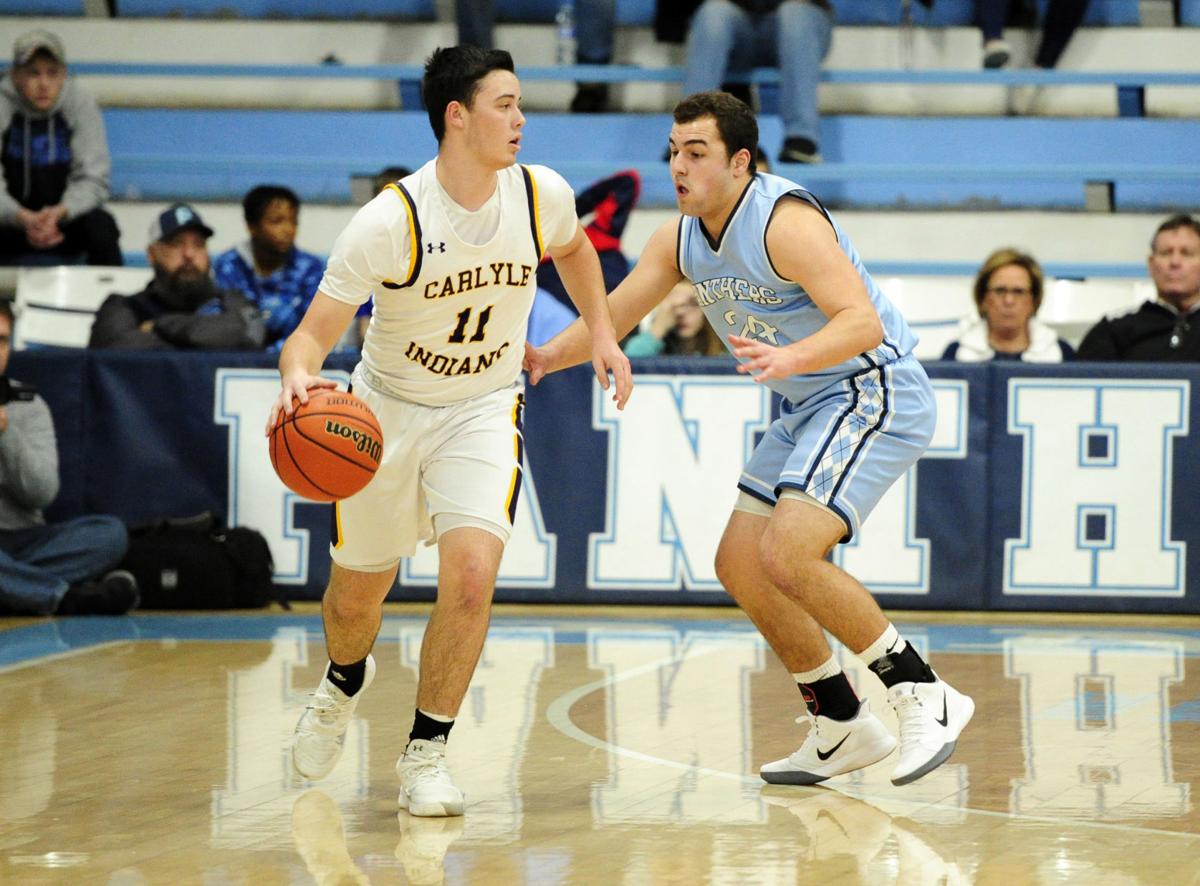 Carlyle forward Brady Heinzmann is guarded by Pinckneyville guard Hunter Riggins during the Pinckneyville Panthers 52-34 win over the Carlyle Indians in semi-finals of the Duster Thomas Hoops Classic at Thomas Gymnasium on Saturday in Pinckneyville. 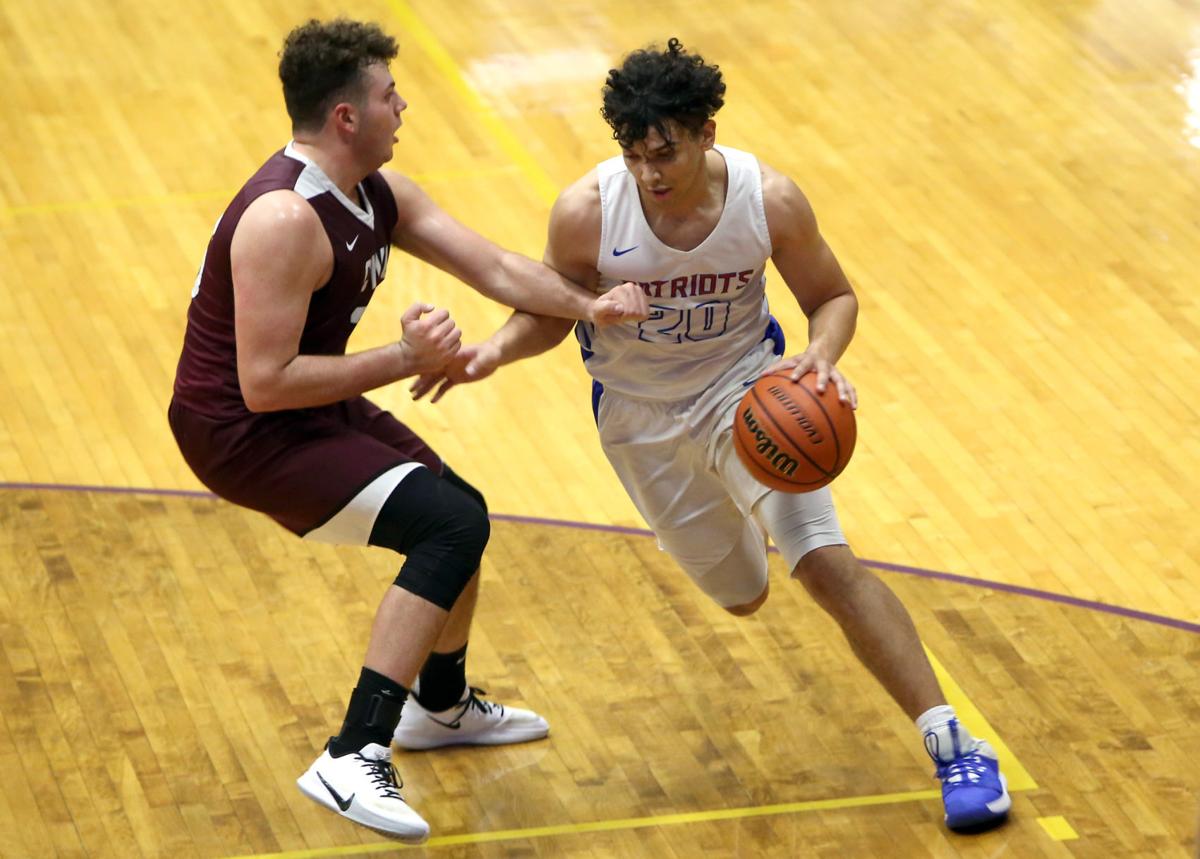 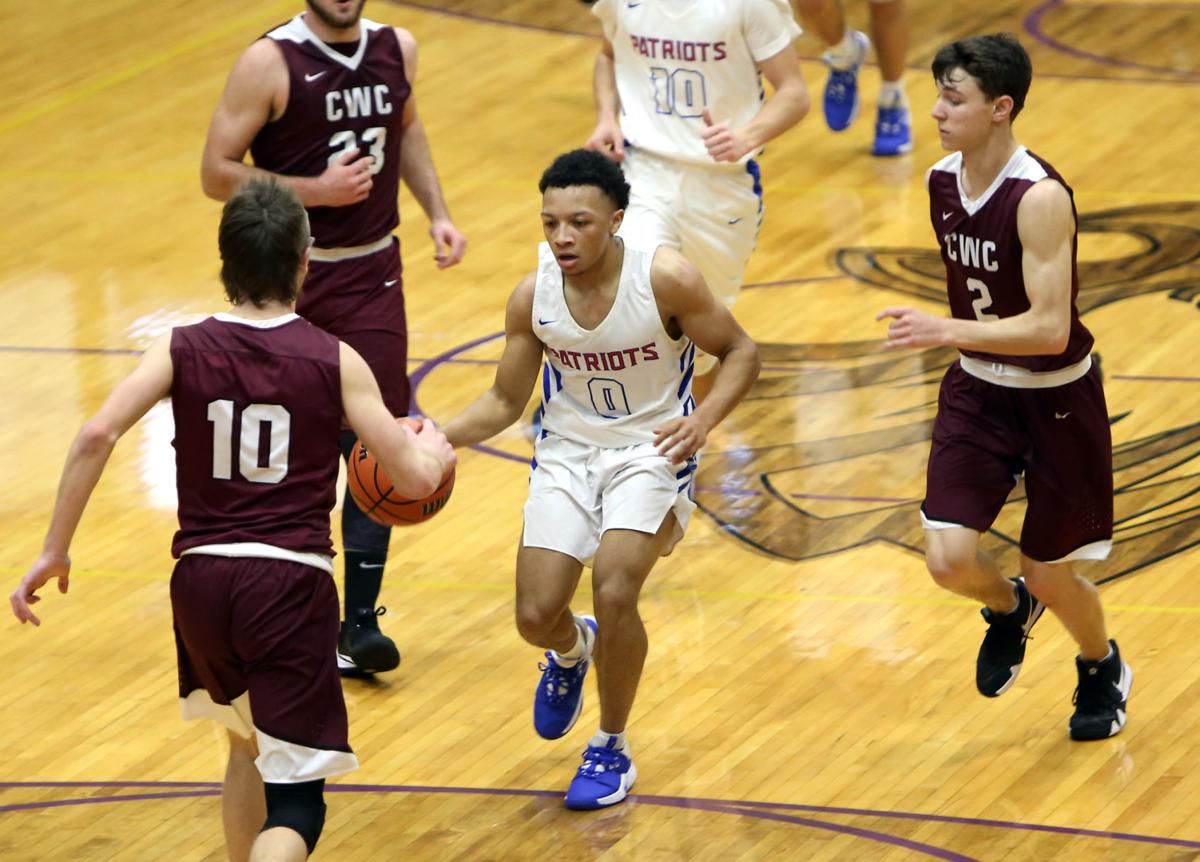 Southern Illinois was represented well in another year of high school basketball tournaments around the area that brought in a lot of talented teams and players for fans to enjoy.

This notebook is about what stuck out at the 55th Annual Eldorado Holiday Tournament and Duster Thomas Hoops Classic in Pinckneyville that ran from Dec. 26-28.

Pinckneyville was able to handle business as the top seed in its home court arena in the Duster Thomas Hoops Classic with a 68-42 win over the Woodlawn Cardinals in the championship game. The Panthers head into the second part of the season with a 9-1 record and a seven-game winning streak after sweeping the four games of their bracket with relative ease.

Pinckneyville’s Dawson Yates was named tournament MVP for the second consecutive year — the Panthers defeated Olney in the 2018 championship game. Yates' final stat line against Woodlawn was 18 points, two three-pointers and a perfect 8-for-8 from the charity stripe.

“I told people coming into the tournament that I thought our guys were finally starting to get into game shape,” said Panthers coach Bob Waggoner after Saturday’s win against Woodlawn. “There’s a definite difference as the season goes on and guys starting to realize that they can play longer and extended minutes.”

The chemistry for Pinckneyville is there with a roster full of talented athletes that have played together since the fifth grade. The seniors can shoot from deep, and Yates, Hunter Riggins and Devin Kitchen proved that with seven combined against Woodlawn.

Junior Dre Scott burst on the scene for the Panthers last season after Kitchen went down with an injury and really showed up in the championship, with 12 points in the first half and 14 in the game.

“They’re just a great group of guys and close on and off the floor,” said Waggoner. “They’ve had a lot of success in their careers and know how to win. I just think, for them, that they know there’s bigger things out there, and they look forward to these moments.”

“They’re not going to disappear in them — they’re going to shine in them.”

In the Eldorado Holiday Tournament, it was Massac County that shined as the two seed by defeating the top-seeded Fairfield Mules in the championship, 57-51.

Fairfield’s coach Scott McElravy knew his team would face a lot of SIRR Conference teams like Massac County and Herrin coming into the tournament. Fairfield was able to defeat Herrin in the semi-finals, 78-72, but came up short against the Patriots in the end.

Herrin made its way past Edwards County in the first round and Carterville in the second round before sticking around to see the winner of Fairfield and West Frankfort. The Tigers eventually fell to the Mules in the next round but managed to place third in the tournament with a win over Carmi-White County.

Before the start of the tournament, McElravy and Eldorado head coach Josh Bradley both brought up Herrin as a team other schools might be looking over. The Tigers are 7-6 on the season after a tough early-season schedule but are always a team to watch out for with an athletic guard like senior Brandon Anthony.

Herrin’s coach Sayler Shurtz marked the win over Carterville as his team's best game of the season. The Tigers are scheduled to face Massac County (10-1) on Jan. 3 and Feb. 14, as the battle for the Ohio Division heats up with both teams playing good brands of basketball.

Now in the new year, players and coaches prepare to resume the second half of the regular season after getting a taste of basketball in the loud atmosphere of tournament play.

Prep Boys Basketball | Pinckneyville pulls away from Carterville in second half

Pinckneyville pulled away from Carterville in the third quarter to win in a River-to-River Mississippi Division match up between the second and third place teams Friday night at Duster Thomas Gymnasium.

MURPHYSBORO — Murphysboro managed to hang on for a 51-46 victory in a nail-biting finish over Benton on Friday night.

Pinckneyville guard Dawson Yates flutters to the basket for a layup during the  semifinals of the Duster Thomas Hoops Classic at Thomas Gymnasium on Saturday in Pinckneyville.

Pinckneyville guard Ben Restoff puts up a shot against Carlyle forward Isaac Smith during the Pinckneyville Panthers 52-34 win over the Carlyle Indians in semi-finals of the Duster Thomas Hoops Classic at Thomas Gymnasium on Saturday in Pinckneyville.

Carlyle forward Brady Heinzmann is guarded by Pinckneyville guard Hunter Riggins during the Pinckneyville Panthers 52-34 win over the Carlyle Indians in semi-finals of the Duster Thomas Hoops Classic at Thomas Gymnasium on Saturday in Pinckneyville.