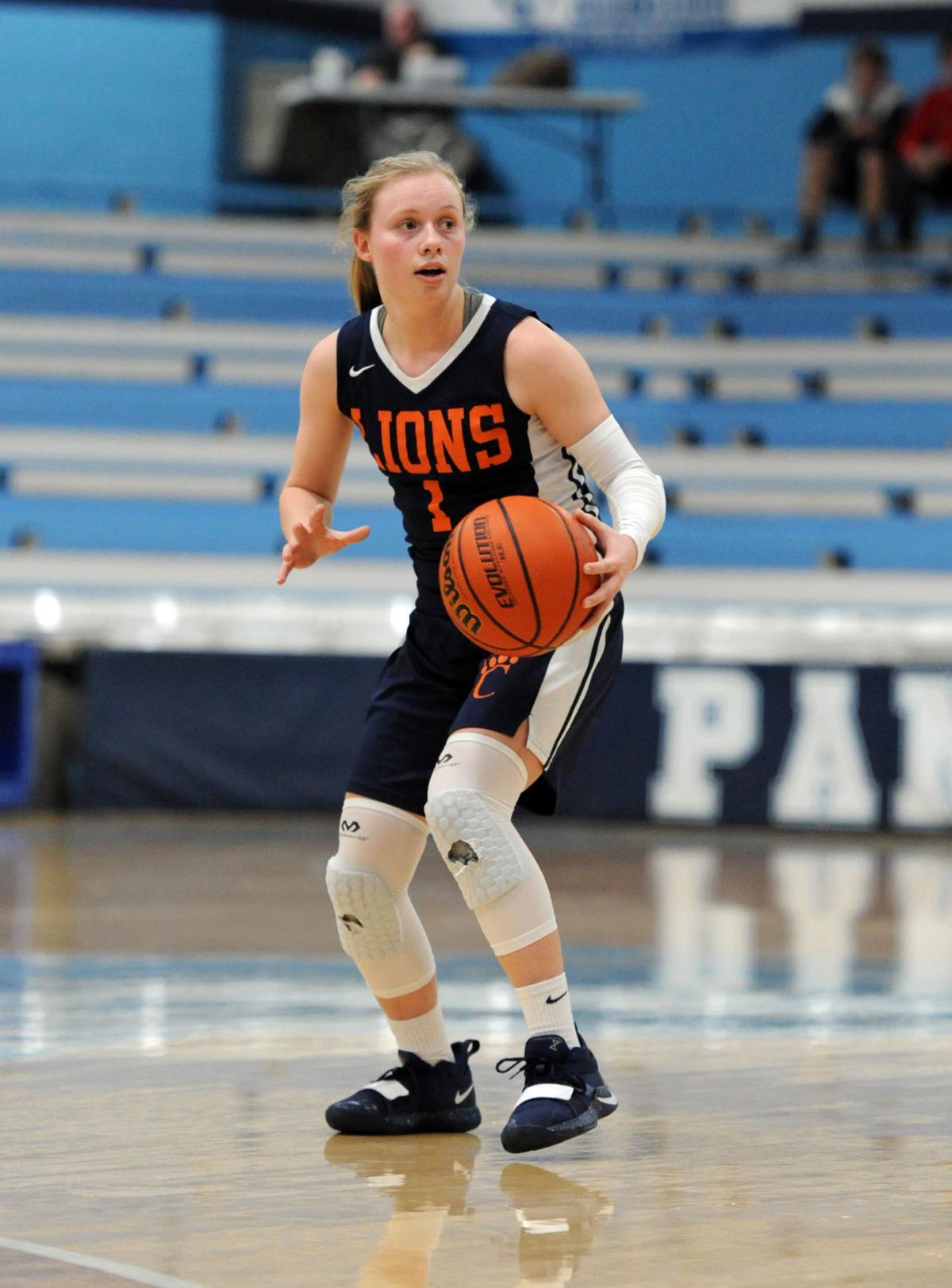 Carterville's Abbey Crain looks for an open teammate in the Lions' 34-32 victory over the Pinckneyville Panthers this season in Pinckneyville. 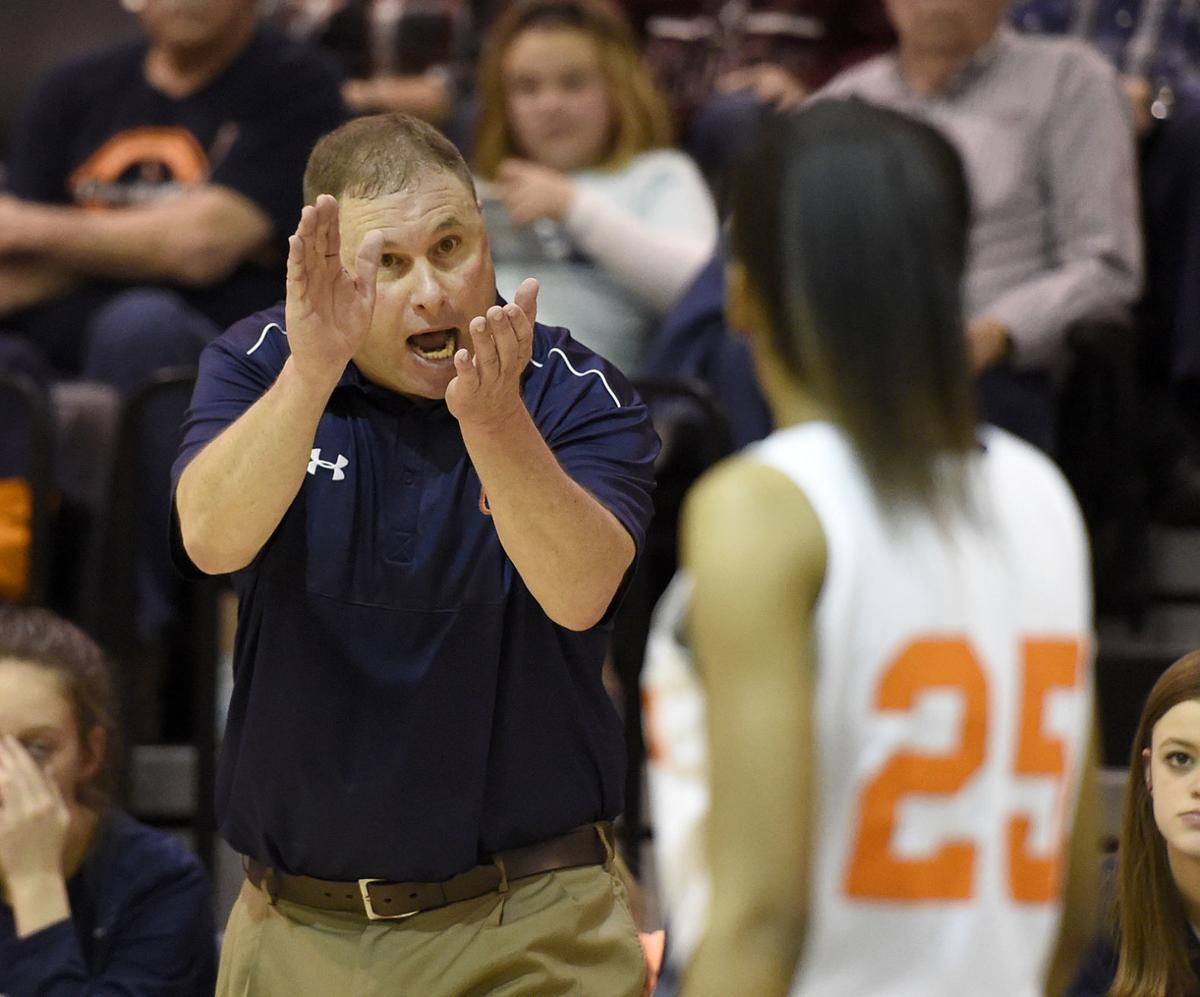 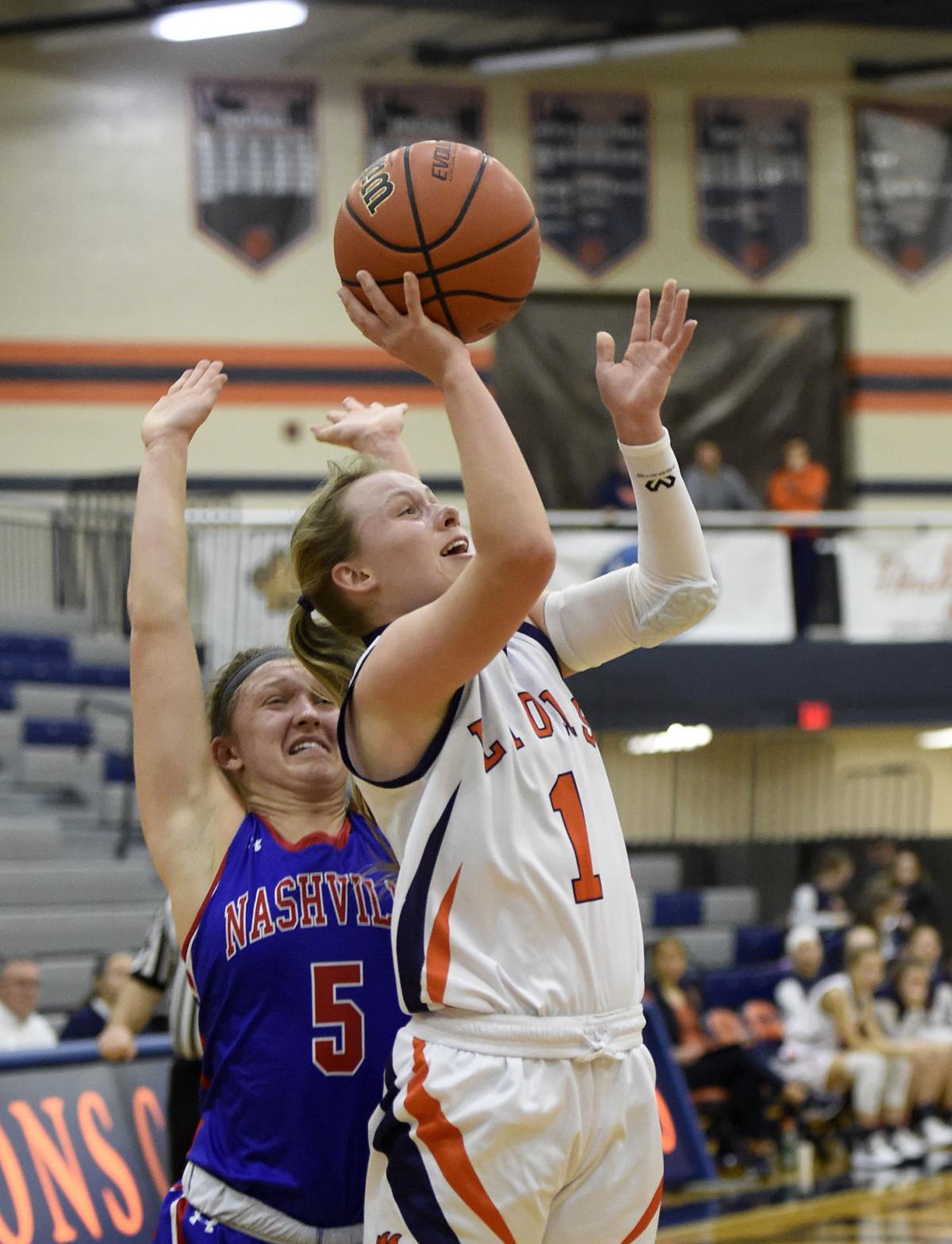 Carterville’s Abbey Crain (1) gets past Nashville’s Sabrina Kollbaum (5) for a shot during the second quarter this season in Carterville.

CARTERVILLE — The hard is what makes it great.

Jimmy Dugan may have said that to Dottie Hinson in a League of Their Own, but it could also apply to the coach and star point guard of the Carterville girls basketball team.

Matt Crain and his daughter, Abbey, are part of the story around the 20-1 Lions, who take the No. 2 ranking in Class 2A and a 15-game winning streak into tonight’s game at Vienna. Abbey is averaging 13 points, five assists, 4.1 rebounds and 3.5 steals this year.

While SIU signee Jeniah Thompson is the team’s top player, Abbey is valuable in her own right. One of three 1,000-point scorers on the team, Crain has perhaps the area’s quickest release while also becoming a dogged defender.

In short, she’s become the kind of tough-minded player her dad envisioned, even if the stubbornness she inherited from her dad resulted in conflict along the way.

“I thought she had a chance to be pretty special, and the only way to do it is with hard work,” Matt Crain said after practice Friday. “There’s been times when we’ve had some arguments, and she kind of has my demeanor, so we butt heads every once in a while.”

“Some days, I don’t like it,” Abbey Crain said. “But other times, it’s fun, especially when we’re successful. We don’t fight that much any more. I can take the yelling more than some other people and he realizes that.”

It didn’t take the apple long to land next to the tree. Matt Crain was a star player at Carterville who went on to John A. Logan for a year, then played two years at Oral Roberts, averaging 7.2 ppg as a senior and scoring a career-high 21 in his last college game at Oklahoma State.

Not very long after she was born, Abbey picked up a basketball for the first time. She was smitten.

Two careers got a boost with one phone call 11 years ago. Goreville boys coach Todd Tripp wanted Matt to serve as an assistant coach. In the bargain, he got a young girl who loved the gym and an assistant ready to go to work.

Tripp and Crain were together for five years, including four 20-win seasons and a regional title. While they won games, Abbey went to most of the practices and games. Even as he was running his team, Tripp could tell the younger Crain would be a player.

“She had the skill and mindset,” he said. “I’d have my players running sprints and she’d be running them like she was trying to make the team. They are so much alike, but the love for each other and the game shows.”

Matt Crain got the Carterville girls basketball job prior to the 2013-14 season. Abbey came on board three years later, but her freshman season lasted three games. A broken leg forced her to serve as an unofficial assistant.

It was hard on both, but they finally decided that it was better that it happened then instead of later.

“You get stronger through adversity,” Abbey said. “You can’t let things get you down because it can ruin your career.”

A healthy Abbey came into her own as a sophomore, teaming with Thompson and Megan Barton to win the program’s sixth straight regional title. The trio made it seven in a row last year with a familiar, frustrating ending — a sectional semifinal loss to Mater Dei.

All the stars seem aligned for the Lions this winter. They have experience, a possible star in the making in sophomore Alecia Doyle and some good role players. What’s more, they have a better chance of getting over the sectional hump because they will host a 2A sectional next month.

“We have a chance to advance in the postseason, but those are hopes and dreams, and it’s one game at a time,” Matt said.

With apologies to Monica Wright and Quincy McCall, this is really Love and Basketball, with a sudden twist.

A dad and his daughter, working to make her the best player she could be from a very young age, the task basically completed. But they only have about six weeks together to make their goal of a state championship happen.

The season’s last game will be Abbey’s last game as a basketball player. She will play softball at John A. Logan next year.

“It’s going to be weird because it will be the last time I play basketball,” she said of this season’s end. “All I’ve done my whole life is play basketball. It will be a big change.”

There will be a few lumps in throats that day (or night), none bigger than Matt Crain’s.

“It’s going to be emotional,” he said. “In a perfect world, we’re up north and playing on the last day of the season. When that time comes, it’s going to be a sad day for me.”

Dre Scott’s game-winning layup at the buzzer lifted Pinckneyville to a win over Nashville in overtime.

If you didn’t have access to a Carbondale roster and didn’t know Davaris and Tavaris Macklin were twin brothers, you sure wouldn’t figure it o…

Nashville defeated Pinckneyville on Thursday at the Class 2A Sesser Regional, capturing its second straight regional crown over the Panthers and its fourth consecutive regional title for fifth-year coach Doug Althoff.

CENTRALIA — The present for Marion’s girls basketball team includes at least one more game in their 2019-20 season.

METROPOLIS — A 3-point barrage in the first quarter would be the difference maker that Massac County needed to defeat Herrin 57-41 on Friday night.

Carterville's Abbey Crain looks for an open teammate in the Lions' 34-32 victory over the Pinckneyville Panthers this season in Pinckneyville.

Carterville’s Abbey Crain (1) gets past Nashville’s Sabrina Kollbaum (5) for a shot during the second quarter this season in Carterville.