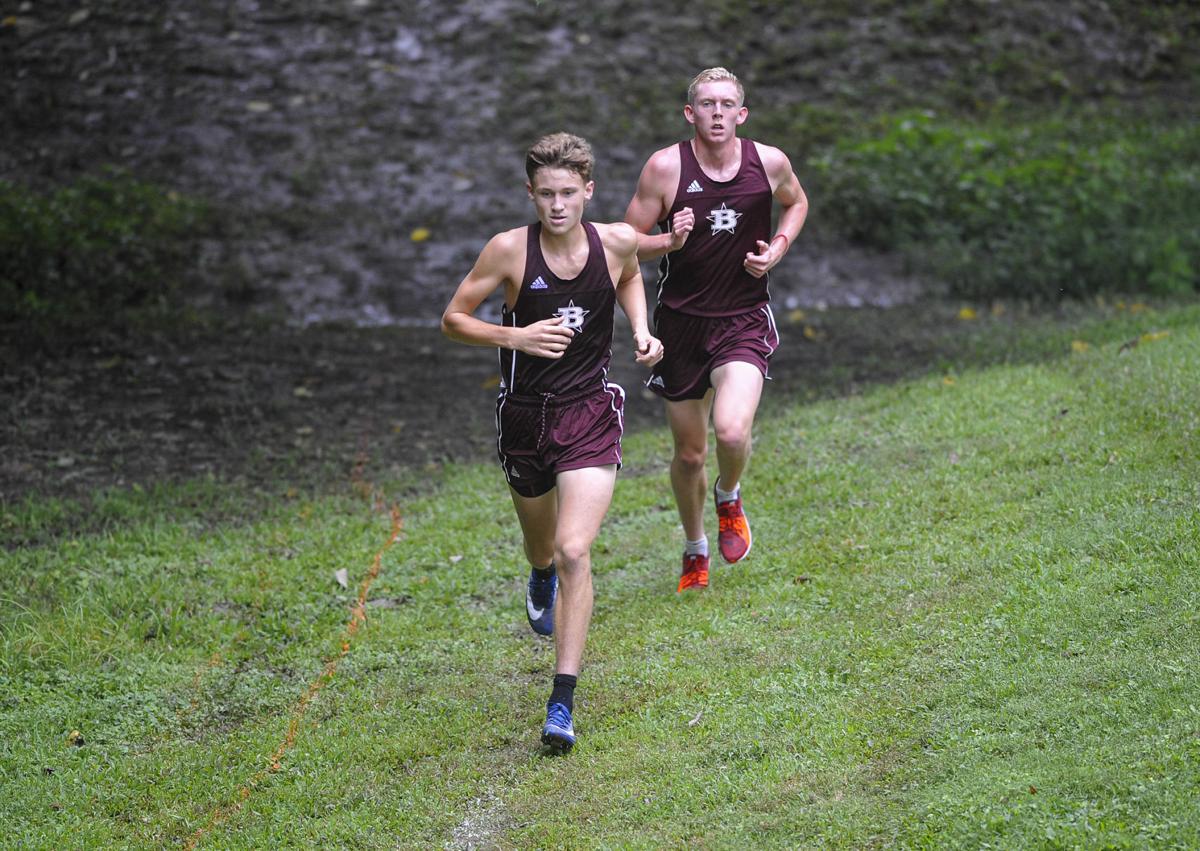 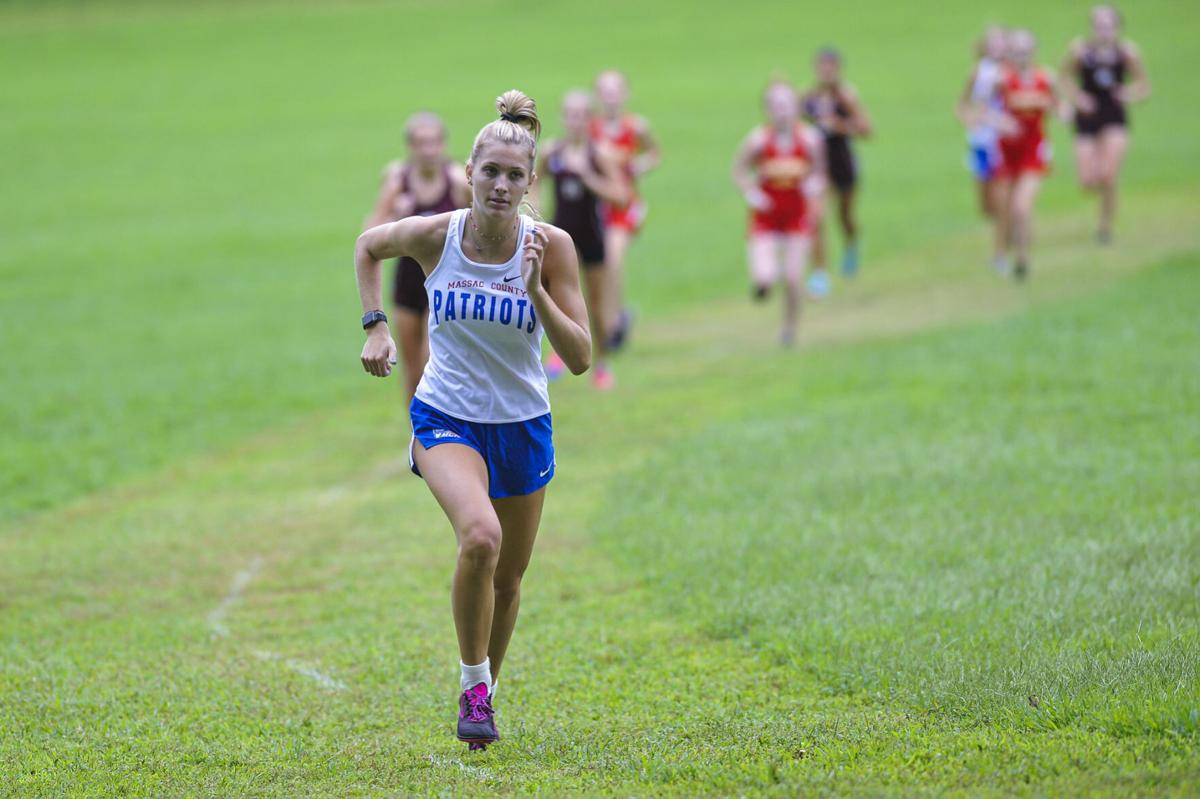 The host Red Devils, Harrisburg, Herrin, Massac County and West Frankfort tried their best, but the Rangers were prepared after getting some advice from head coach Brent McLain prior to the race.

“Coach got us up for this one preaching that it’s the biggest meet of the year just because we don’t know what’s going to happen from here on out,” said Rangers senior Reece Johnson. “We were ready to come in and take care of business, that’s been the focus since we started.”

Johnson’s focus early on was staying stride-for-stride with freshman teammate Gavin Genesio. The dynamic duo stuck together for a while before Genesio separated himself to place first with a time of 17:20.

Benton had five runners cross the finish-line before any other team with Johnson placing second at 17:46. Freshman Mason Teiffel joins Johnson as the two brothers with sisters that run on the girls side. Tieffel is usually known as a wrestler, but proved he can run too by placing third with a time of 18:33.

“(Tieffel) is a phenomenal wrestler that’ll probably come out of Benton as one of the best wrestlers ever,” said McLain. “Here he is placing third in his first race, and running cross country is only going to make him a better wrestler. He’s proving just how tough of an athlete he really is.”

Junior Chase Owens fourth-place time of 19:30 and senior Peter Sieveking’s time of 20:02 round out Benton’s impressive day behind Johnson, Genesio and Tieffel. The relationship between Johnson and Genesio, however, is something both don’t take for granted.

“Having Reece is great,” said Genesio. “He helps me train and is so inspiring to me. He’s helped me out the whole season and is a great teammate.”

“It’s such a difference every single day in practice having someone to run and train with, said Johnson. “I push him and he pushes me even more. I couldn’t be happier to have a teammate like that to push me every day.”

McLain says the duo holds one another accountable.

“You’ve got to have somebody pushing you or you kind of get lackadaisical,” said McLain. “They push each other every day and in cross country you’re going to get better by training hard, but it’s those days that you don’t feel good and kind of give up, but if you have someone there that’s pushing you it can make you better.”

On the girl’s side, Ansley Bailey from Massac County placed first at 21:02, while Haley Wallace (22:48) and Addison Miller (22:53) finished second and third for Benton.

Peyton Tieffel (23:30), Mia Wills (24:48) and Blakely Johnson (24:59) capped off fourth through sixth place for the Rangerettes, while the sibling aspect is something McLain feels suits his team well.

“We’ve got a couple sets of brothers and sisters here, which makes things easier for moms and dads,” said McLain. “It’s fun because they’re able to cheer on each other, but then they have that sibling rivalry.”

Bailey stated that Benton was a good test for her and the Lady Patriots, but the senior expects times to improve over the coming weeks.

“This isn’t my favorite course, but I got first and just need to keep pushing from here,” said Bailey. “I’m striving to finish with a 19-minute time, but I think I went at it a little too fast today when it was very hot and humid.”

Benton’s next meet will come at home on Tuesday against Sparta, West Frankfort and Du Quoin. McLain is looking at his schedule and circling October 15th for when his Rangers return to Murphysboro for the conference showdown.

“We couldn’t have turned out any better than we did today,” said McLain. “We surprised ourselves, and the good thing about cross country is that no matter where you are in the race you can still achieve personal goals. From top to bottom, what a day, and we’re smiling.”