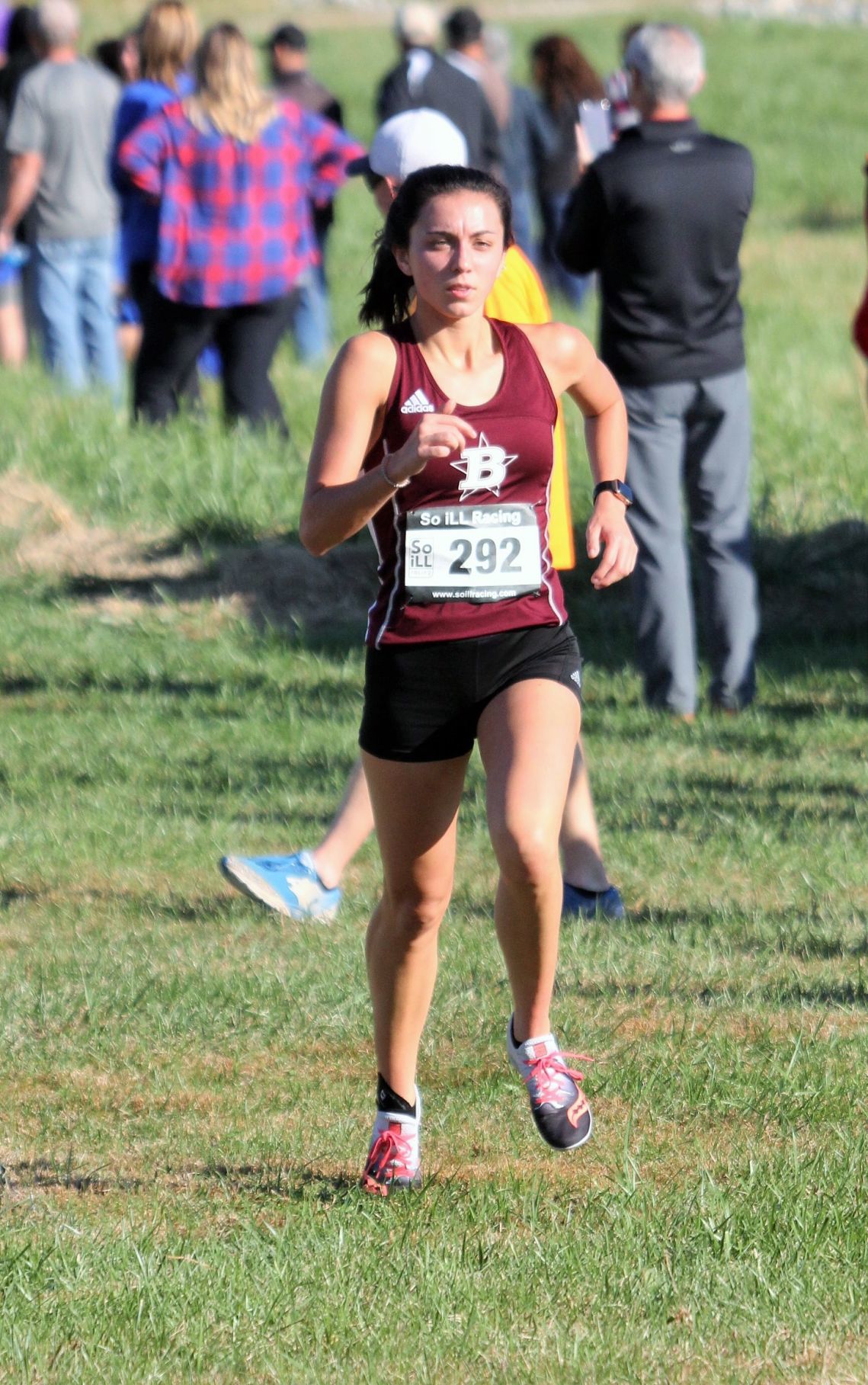 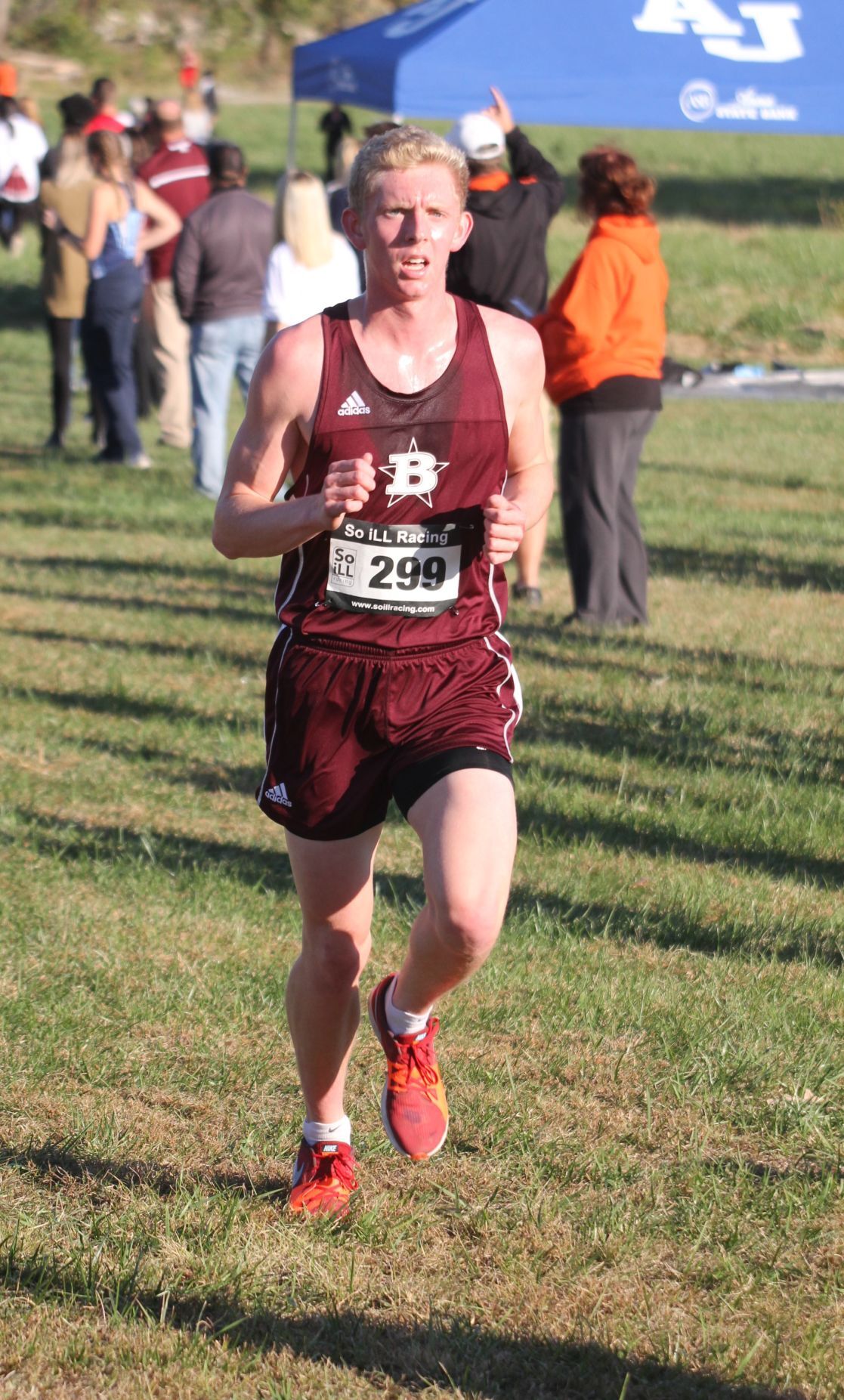 Benton's Reece Johnson was the overall winner of the SIRR Conference cross country race last season. The Ohio Division champion led the Rangers to the team title as well. 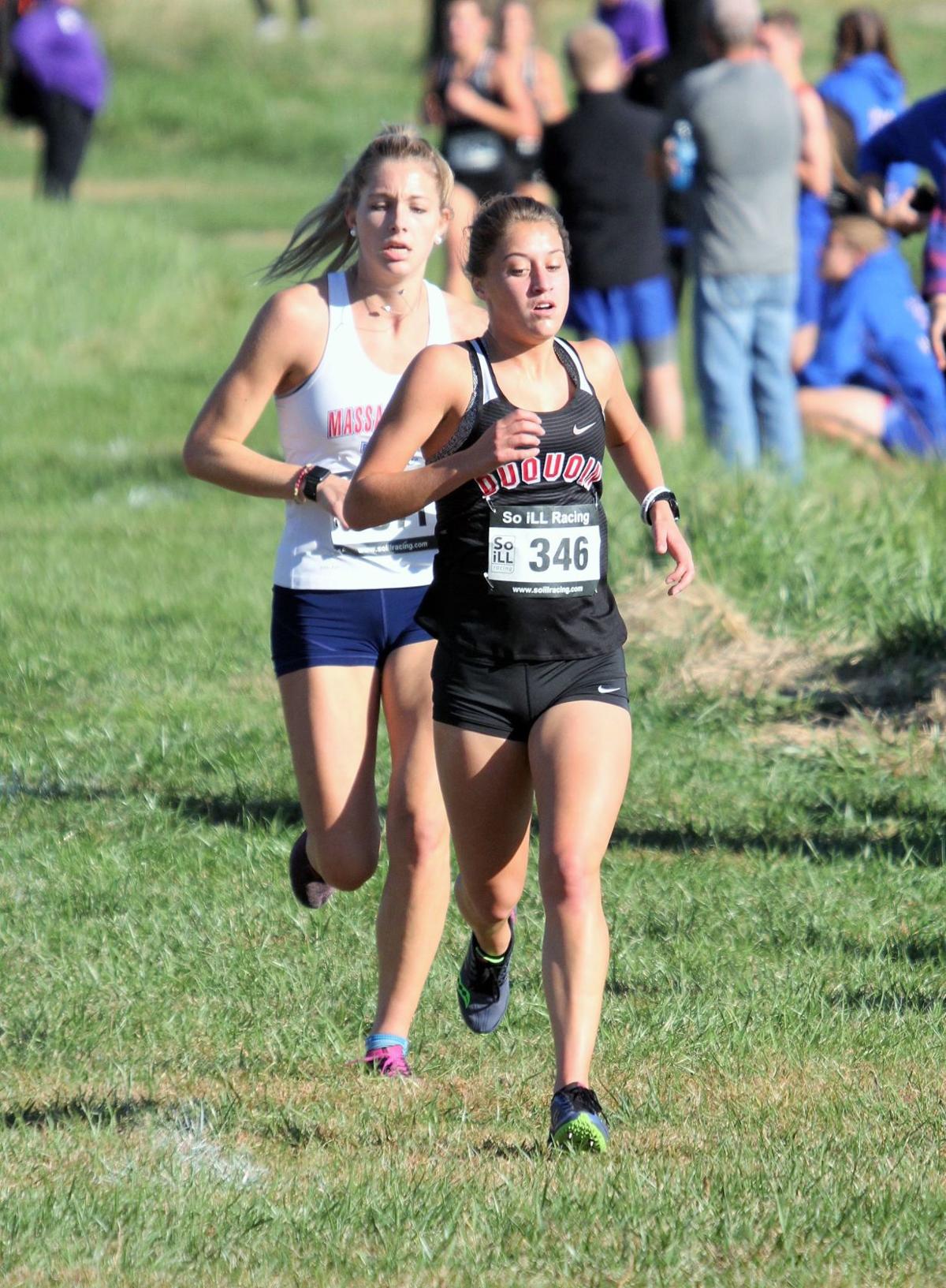 Du Quoin's Gabby Alongi had a stride on Massac County's Ainsley Bailey with about a mile remaining in the SIRR Conference cross country meet. Bailey went on to finish second overall. Alongi was third overall, but took the Mississippi Division title. 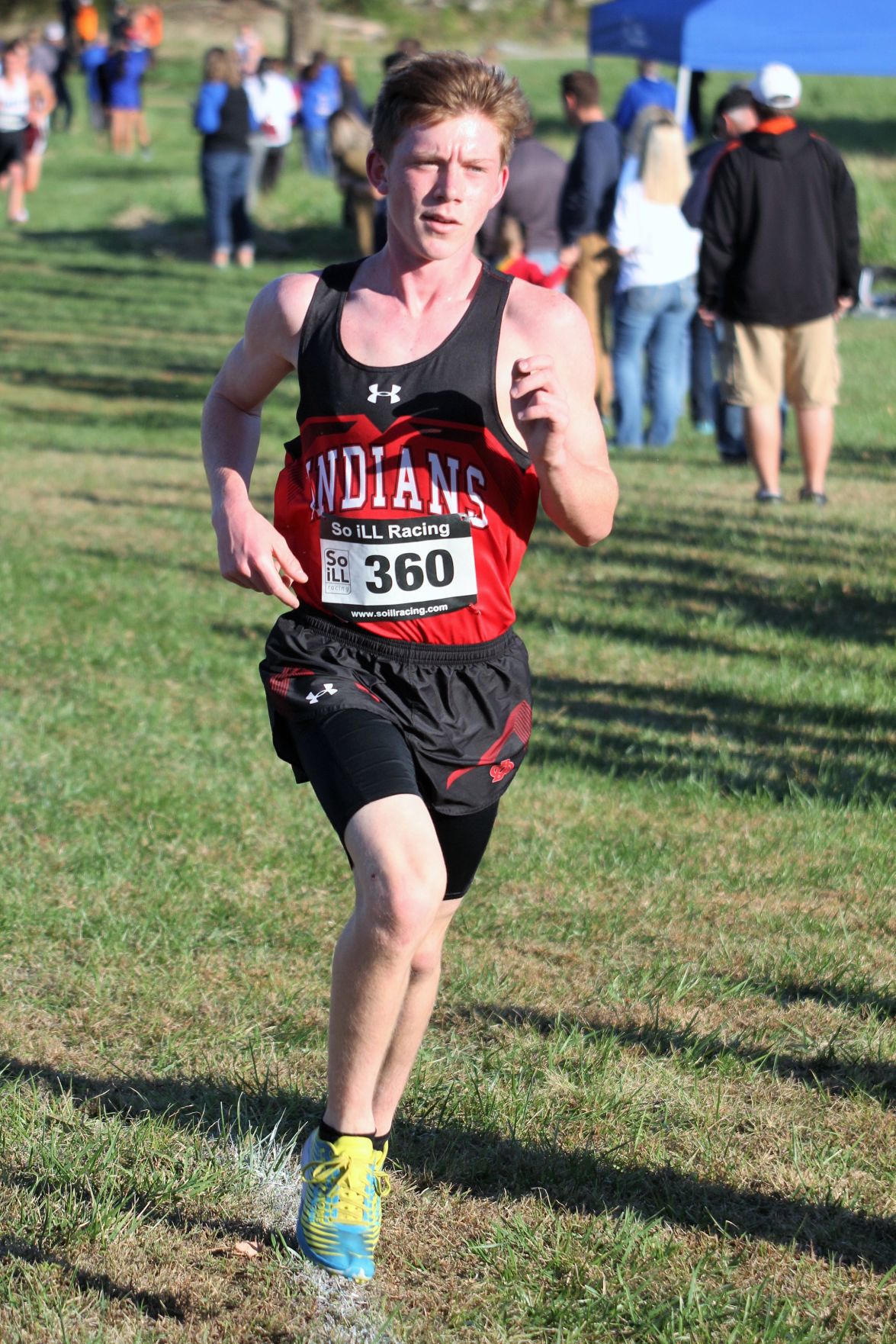 The Rangers took both individual titles — Mia McLain on the girls side and Reece Johnson on the boys — and also took team honors. The Benton girls easily outdistanced Herrin 19-56, while the boys also placed ahead of Herrin 17-40.

Du Quoin’s Gabby Alongi led her team to the Mississippi title, finishing third overall. Du Quoin finished well ahead of Pinckneyville 19-53. On the boys side, Du Quoin’s Landon Swiney was the individual winner while Pinckneyville claimed the team title 37-46 over Du Quoin.

In the girls race, McLain opened a sizable lead over Alongi and Massac County’s Ainsley Bailey by the mile mark. McLain circled the course in 18:40.7 to win her fourth straight conference title. Bailey was second overall at 19:11.4 while Alongi logged a time of 19:45.1.

The Benton senior hardly broke a sweat on a cool afternoon. After crossing the finish line, she strolled casually through the chute, checking her time as she walked.

“Today’s goal was to just go out and push myself and get a fourth conference win,” McLain said. “It’s (the final conference race) sad, but at the same time I’m really proud of myself just looking back on all the summers, all the early mornings.

“There is still a lot of work to do at state, but I’m just really happy with the way everything turned out.”

Winning a fourth conference title was an obvious goal for McLain, who just announced she will be running collegiately at the University of Northern Florida.

“It’s kind of like we’re on a checklist now,” she said. “Conference — we can check that box. Now, we have our last home meet, the Benton Invite, on Monday, then we’ll have regionals, sectionals and state. It’s just going down the list now.”

Johnson, a junior transfer from Neoga also won by a comfortable margin, crossing the finish line in 16:12. Swiney was second overall at 16:27.3.

“I just got out hard,” Johnson said. “Du Quoin went out hard in front of me in the first 100. I didn’t really want to wait around today so I just kind of took it after the first 400. I tried to push it the whole race.

Johnson said the boys and girls teams feed off each other.

“That’s kind of been the theme so far with Mia our stud girl,” Johnson said. “She doesn’t lose. The girls team probably pushes us more than any other team. It’s kind of competitive in practice … who has the lowest scores.”

Du Quoin was nearly as dominant in the Mississippi side.

“I’m really excited for that because I think that’s going to help us break into the top ten at state,” said Gabby Alongi. “I’m glad we’re all pulling ahead. It was a good race."

Benton added another piece of hardware to its collection after winning the Class 1A Regional at Hamilton County High School on Saturday.

Carbondale cross country runners Alex Partlow and Tucker Poshard did their best impressions of Ricky Bobby and Cal Naughton Jr. once again during the top-flight race at the Class 2A Highland Regional held at Fireman's Park in Alhambra on Saturday.

Massac County senior Ansley Bailey cruised to a 50-second victory in the girls’ race for her second regional title at the Class 1A Marissa Regional.

Blood, sweat and tears will be put on display this Saturday at the Class 1A and 2A cross country regionals. Highland will host the Class 2A schools, while Marissa and McLeansboro play host to 1A programs such as Du Quoin.

CENTRALIA — A pair of Carbondale runners, Alex Partlow and Madeline Prideaux, were the top individual finishers at the South Seven Conference …

Benton's Reece Johnson was the overall winner of the SIRR Conference cross country race last season. The Ohio Division champion led the Rangers to the team title as well.

Du Quoin's Gabby Alongi had a stride on Massac County's Ainsley Bailey with about a mile remaining in the SIRR Conference cross country meet. Bailey went on to finish second overall. Alongi was third overall, but took the Mississippi Division title.