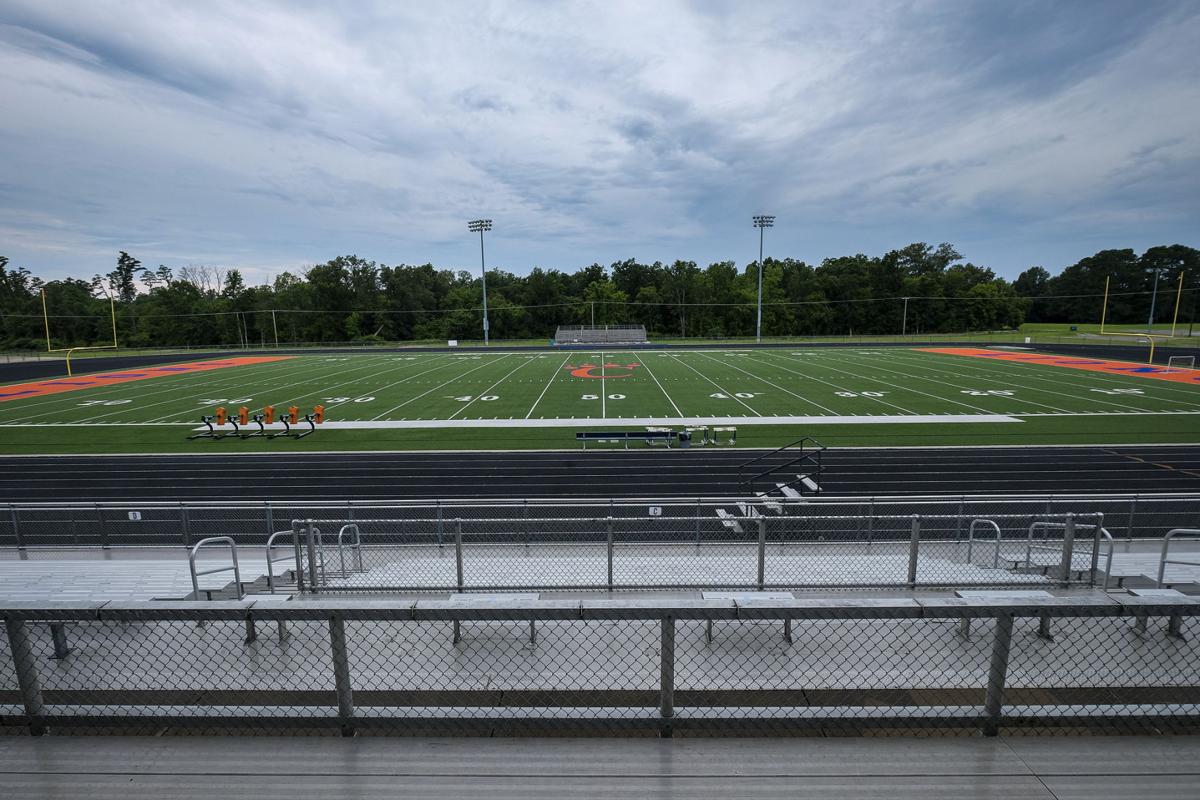 High school football fields will be dark and quiet on Friday evenings this fall as the Illinois High School Association announced on July 30 the postponement of football, along with volleyball and girls soccer, to the spring due to the COVID-19 pandemic. 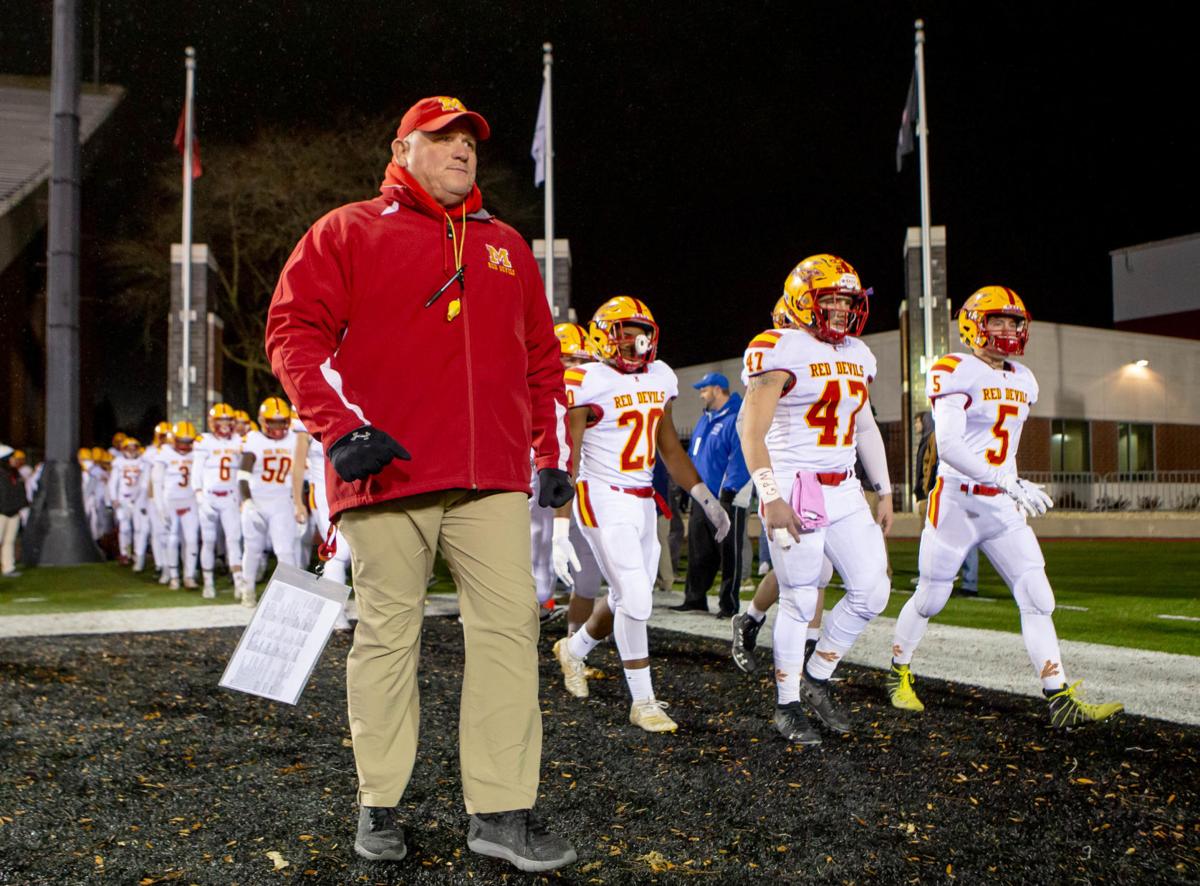 Murphysboro head football coach Gary Carter walks out on the field with his team on Nov. 29 before the IHSA Class 4A State Football Championship at Huskie Stadium in DeKalb.

In any other year he could think of, Gary Carter wouldn’t have been conducting a phone interview three hours before his Murphysboro football team was scheduled to start the season with its 102nd meeting against Jackson County rival Carbondale.

But if there’s one thing the last 5 ½ months have taught us, it’s that there’s nothing quite like 2020. So instead of wondering if a new offensive line could open holes to ignite his team’s Wing-T offense, Carter was musing about the circumstances that led to the most unusual August of his adult life.

“Every year since about eighth grade, I’ve been getting ready for a football season,” he said Friday. “This year, it’s been crazy. With all the online stuff we’ve been doing and all the COVID-19 precautions we’ve taken, I don’t know where I’d find time for football.”

Carter, along with probably every other coach and player in Southern Illinois, will have to wait for their football fix until at least February 15. That’s when the IHSA has decreed that teams can start practice for a seven-game spring season in 2021.

One casualty of the shortened season is the Red Devils’ yearly game with the Terriers. The teams won’t meet again until at least the fall of 2021, but Carter is grateful that the IHSA gerrymandered its calendar to provide football an opportunity for a season.

“I can’t speak for everyone else, but it would mean a lot to our program to be able to play in the spring,” he said. “It’s going to be weird to play football in the spring, but if we stay diligent about wearing masks and follow the protocol, the opportunity will hopefully be there.”

Although Murphysboro suffered heavy graduation losses, it’s carrying a momentum into the season it’s never had. The Red Devils became the first team in school history to play for a state title, losing to Richmond-Burton on November 29 in the Class 4A finals.

That capped one of the best football seasons in recent Southern Illinois history. Nashville made a run to the 2A title game before losing, while Du Quoin toppled defending 3A champ Monticello in an ending for the ages in a first round clash.

Second-year Indians coach Derek Beard, who also serves as the school’s athletic director, noted in an email on Thursday that states around Illinois have gone ahead with their football season.

“I wonder how they are playing, myself,” he said. “If an athlete is exposed, do they have to sit? I’m happy they’re getting to play, but my main priority is the safety of our athletes.”

Tennessee started its season on Aug. 21, as did Indiana. Missouri opened its season Friday night and Kentucky schools can tee it up on Sept. 11 after Gov. Beshear gave his blessing to the state’s high school association’s plan.

As for Illinois, the first game is scheduled to take place on March 5 or 6. Most schools in Southern Illinois are planning to play on Saturdays in March and Friday night in April. The odds that at least one or two early-season games will be played in cold, snowy weather are higher than they would be in a nine-game fall season.

At this point, players and coaches in Southern Illinois could care less. If they get to March and they’re able to play a game, it could be Lambeau Field during the Ice Bowl and no one’s going to complain.

“Our kids are ready to play,” Beard said. “Our first game is going to be emotional for me and for them, I’m sure. Kids have had a lot taken from them the last six months.”

Where Are They Now? | Marion's Ivy was complete running back

About a decade ago, Ryan Goodisky and the Rams got a first-hand look at the skill and toughness of Wildcats running back Shekeil Ivy.

Sports Column | Bucky Dent: Like any other football Friday, but not

High school football fields will be dark and quiet on Friday evenings this fall as the Illinois High School Association announced on July 30 the postponement of football, along with volleyball and girls soccer, to the spring due to the COVID-19 pandemic.

Murphysboro head football coach Gary Carter walks out on the field with his team on Nov. 29 before the IHSA Class 4A State Football Championship at Huskie Stadium in DeKalb.