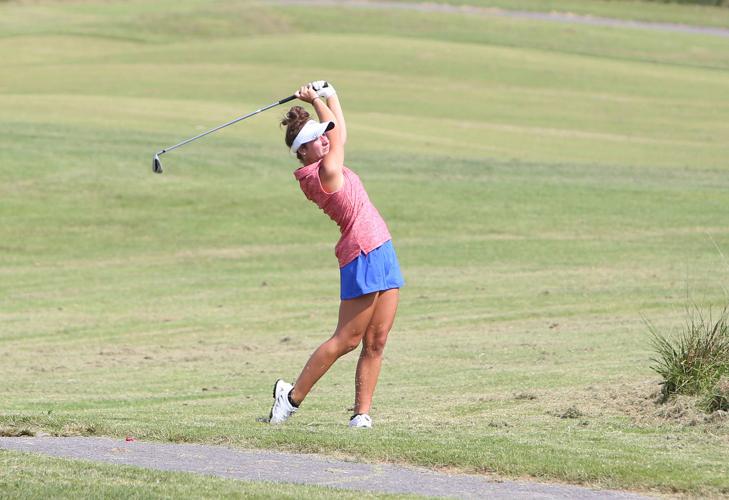 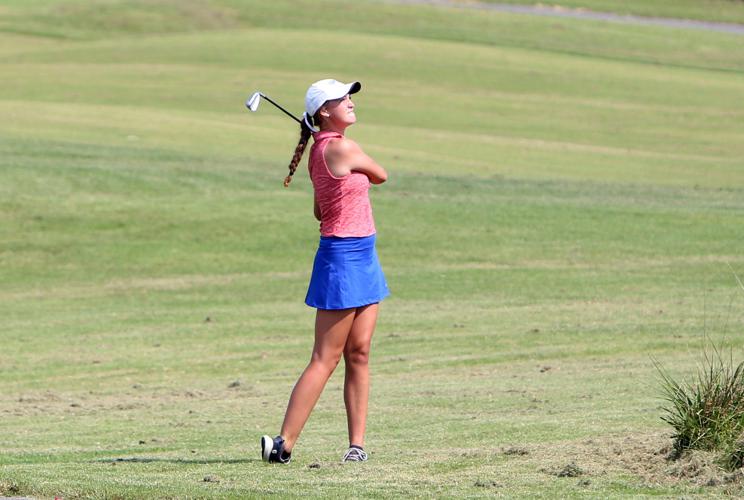 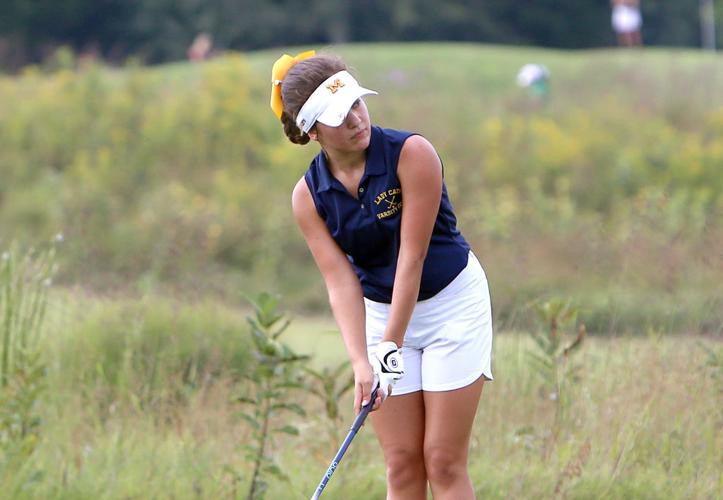 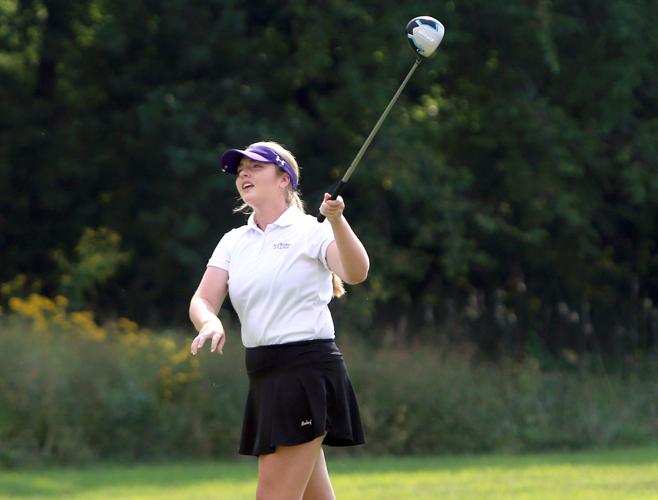 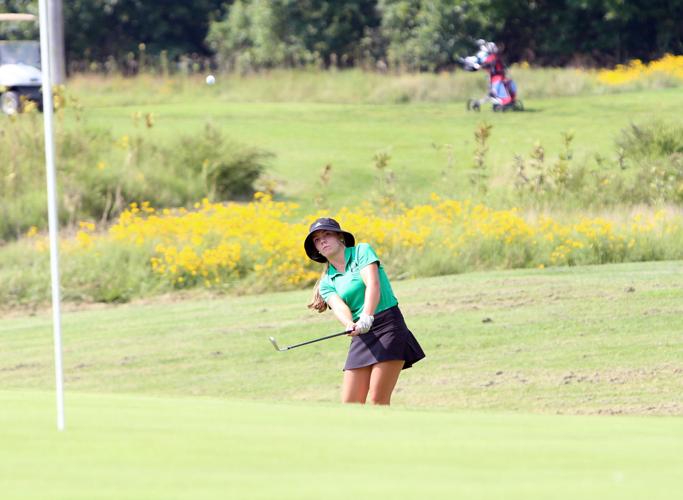 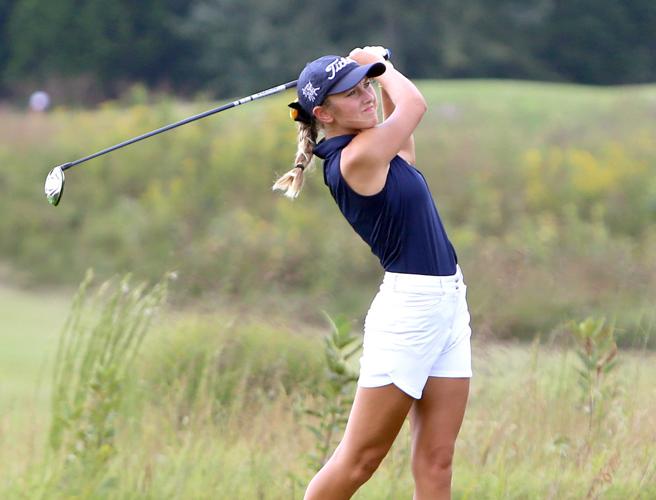 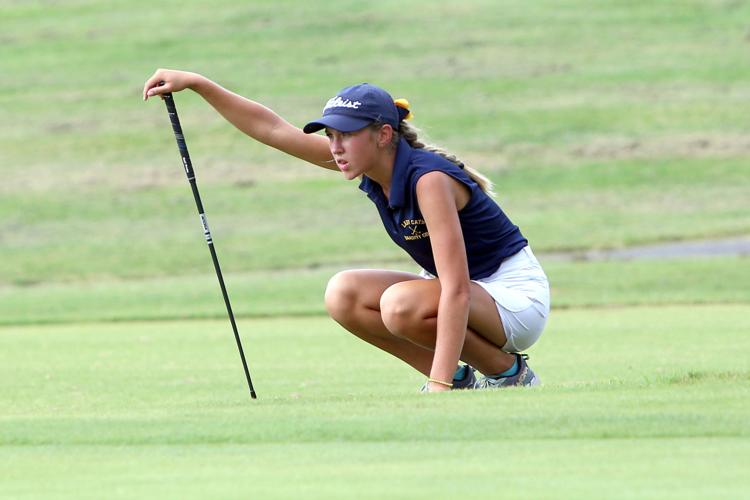 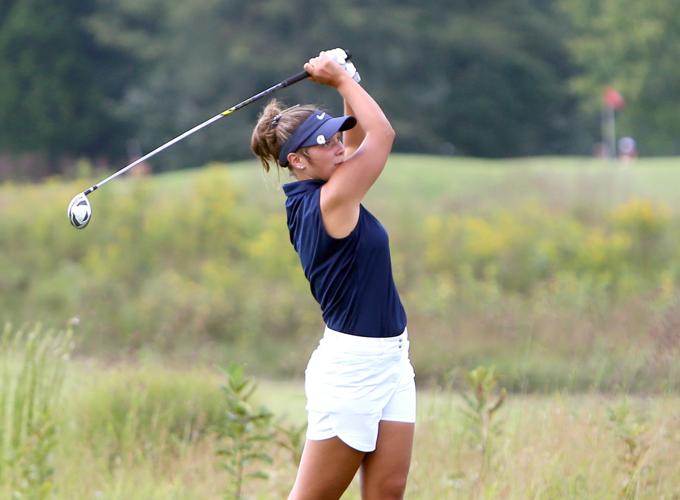 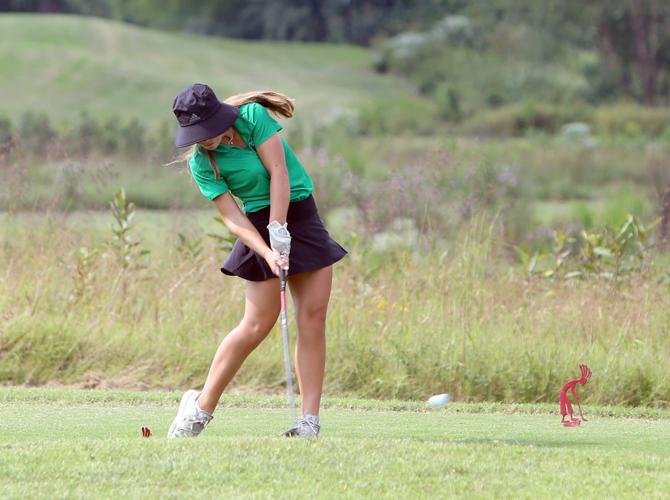 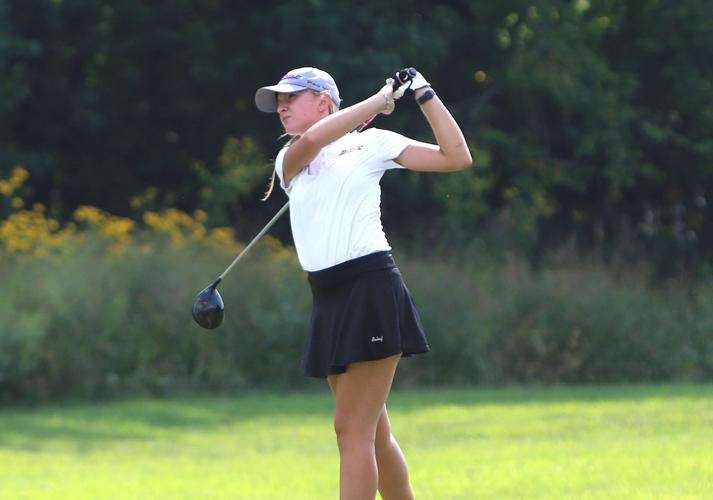 MARION — There are ironclad truths out there to rival death and taxes.

The Patriots survived brutal heat and humidity Wednesday at the Links at Kokopelli to beat their biggest rival this year, Marion, by 19 strokes in the Lady Cat Invitational. McKinnley Korte and Lily Conkle each carded 80s, leading Massac County to a 18-hole score of 343.

Players come and go through the proud program. Occasionally, a coach leaves as well, as was the case after last year with the successful Laurie Glass. But the machinery seems to run smoothly no matter who’s in charge.

“This is a hard-working group of girls,” said first-year coach Mallory McVey. “As long as I can drive them there safely, they seem to do all right.”

Even on a day like this one, which featured temperatures in the low 90s with enough humidity to make golf a test of something else besides your ball-striking. It was going to be less about scoring and more about grinding.

With three seniors helming the roster, the Patriots were suited to handle a day like this. The tournament rules, which called for teams to play together instead of with players from other teams, handed them a figurative 15th club in the bag.

“It worked out for us,” McVey said. “They could ask each other questions between shots, offer each other help and encouragement. We have two kids who had never played the course before, but our seniors gave them a lot of help.”

Alexis Frazine added an 87 and Josie Walker finished at 96 for Massac County, which was the only team in the field that didn’t have to count a three-figure score.

A day after coming within a shot of trimming the Patriots in a dual match in Metropolis, Marion wasn’t able to fully tap into its home course advantage. Even with junior Sarah Capel earning medalist honors at 5-over 76 and Baylee Kelley placing fifth at 83, the Wildcats didn’t play to their potential.

Coach Joanna Galloway had no trouble identifying the problem.

“Our putting was terrible today,” she said. “To put it bluntly, that was our downfall. We had so many three-putts that I lost count.”

The good news for Marion was the play of Capel, who took advantage of a rare off-day by Hamilton County senior Kylee Vaughan. The long-hitting Vaughan, who last month verbally committed to SIU, couldn’t find her usual consistency and finished at 77.

Capel leaned on a busy summer, which saw her play four tournaments and six 18-hole rounds in one week, to help her maneuver around the course.

“I kept my stamina up; that was the key,” she said. “I haven’t played an 18-hole round in a while, so I tried to use that experience to help. I knew I’d have to overcome adversity today, because everything wasn’t going to be perfect.”

“She has the heart and soul of a true golfer,” Galloway said of Capel. “If she makes a bad shot, she goes right on to the next shot. She’s on the course every day. She loves the game.”

But the main storyline was Massac County’s continued dominance. The Patriots have the look of a team that could go places in the normal postseason. However, like everyone else in the state, they’ll have to settle for a regional for now.

“We’ll have to wait and see how COVID plays out,” McVey said. “I think we’re good enough to win a championship if we get to that point.”

CARBONDALE — COVID-19 limited Massac County High School's girls golf team to only playing in Illinois, and could threaten the Class 1A regiona…