Barely, Salukis hang on for victory 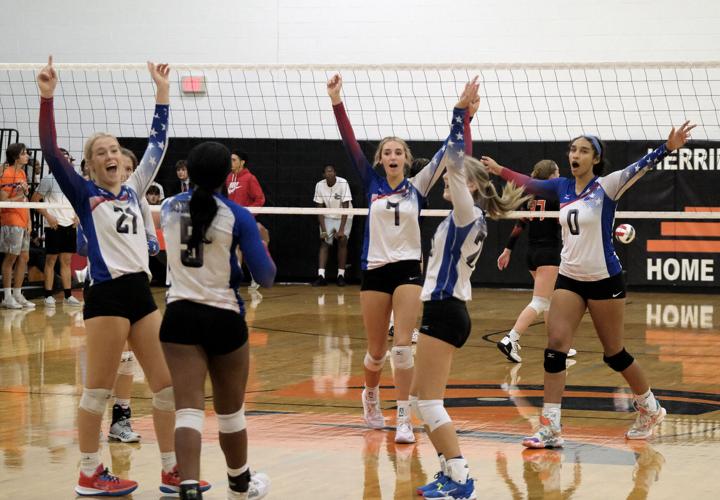 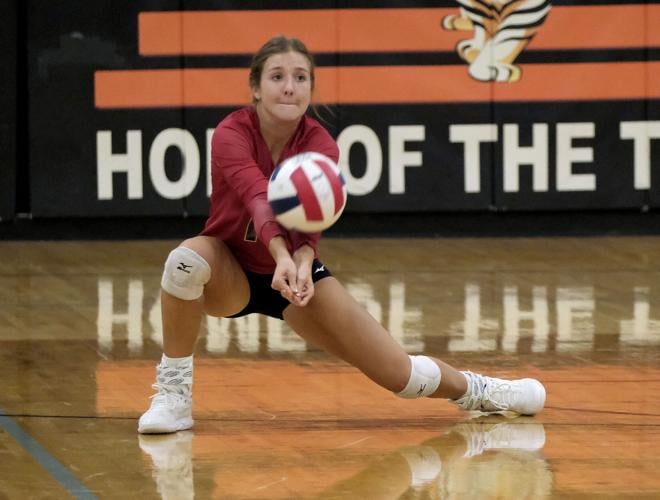 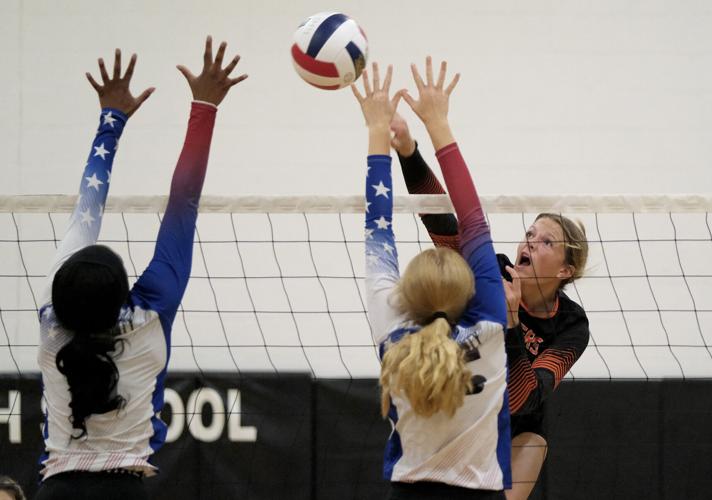 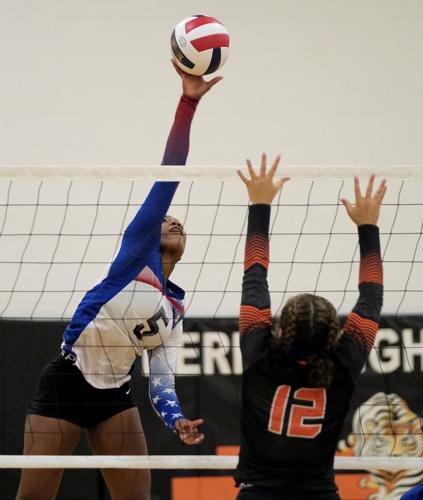 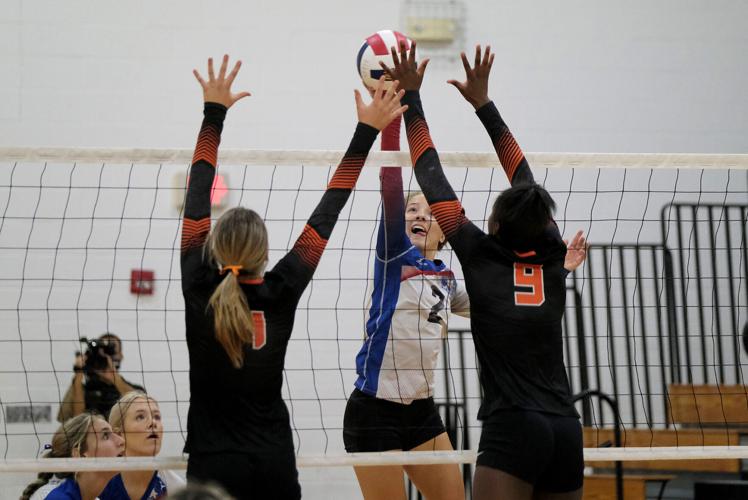 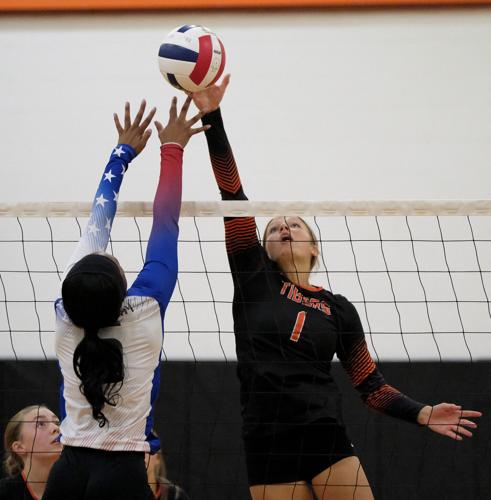 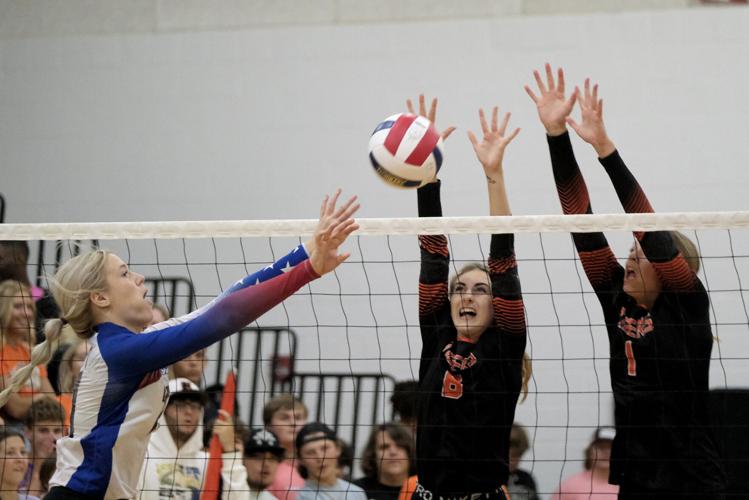 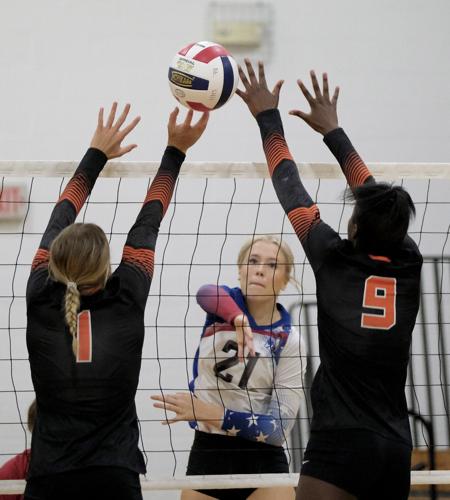 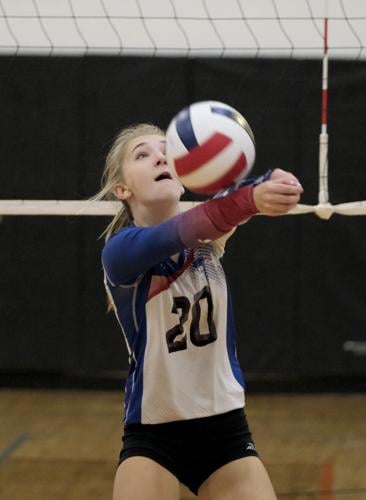 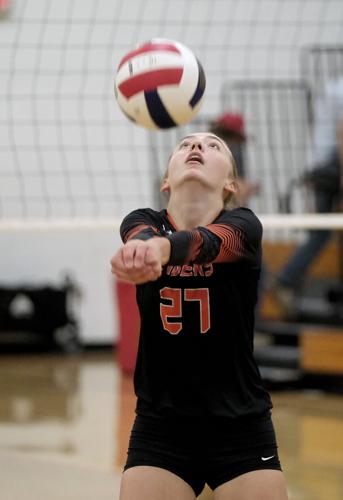 HERRIN — And the beat goes on.

In fact, Massac remains a spotless 5-0 in the Ohio Division of the River-to-River Conference and is 18-5 overall, one of the better records in the southern part of the state.

"On a night when I didn't think we played with much crispness, we got a win on the road," said Patriots head coach Zach Miller. "I thought Herrin played a fantastic match. They served well and kept us out of rhythm for much of the match. I think they have changed things up quite a bit since we played them the last time. They were better."

Senior front-row hitter Monique Hart led the Patriots with seven kills. Her last kill gave Massac a two-point lead at 21-19. She followed up with four straight service points, including a pair of aces. She finished with three aces on the night.

Herrin had led by as many as five points in the second set at 11-6 before the Patriots rallied. Herrin still led by two at 15-13 before a kill from sophomore Laken Vickers got the momentum back on the visiting team's side. The Patriots forced a wide return for a 15-15 tie. Herrin briefly reclaimed the lead at 16-15 on a kill by All-South performer Karli Mann, but the lead soon evaporated.

Hart delivered back-to-back kills to give Massac the lead back at 17-16. Herrin tied the game at 18 all on a dink kill by Jersey Summers. But it was all Patriots from that point forward.

The first set was more lopsided in favor of Massac. Herrin trailed by four early at 7-3, but managed to tie the set at 8, 9, 10 and 11 before the Patriots took the lead at 12-11 and never relinquished it.

"Massac's a really good program and their kids play hard," said Tigers first-year head coach Gabby Woodis. "I thought we were playing more defense than offense in that second set. We were scrambling all over the place, and a lot of that can be attributed to how good a team they are. Still, I thought we were lacking in intensity at the start of the match. Just a little flat."

Woodis said her ballclub is a young one and it will take some time for the kids to believe in themselves.

"I really think we have the talent. We have great potential. We just lack confidence. That's a mental thing. I think we will get better and win more matches as we get more experienced."

Miller said he didn't think there was much that the Patriots did on this night that impressed him.

"We served OK," he said. "And we didn't panic when we got down five points in the second set. That was nice to see. We were also aggressive at the net. It didn't always work out to our favor, but at least we were aggressive."

Massac County will play host to Benton Thursday. The Tigers do not play again until Tuesday at Harrisburg.

Try as they might, the Murphysboro High School volleyball team simply couldn't match Massac County's firepower at the net, losing to the visiting Patriots Tuesday night in straight sets, 25-17, 25-21.