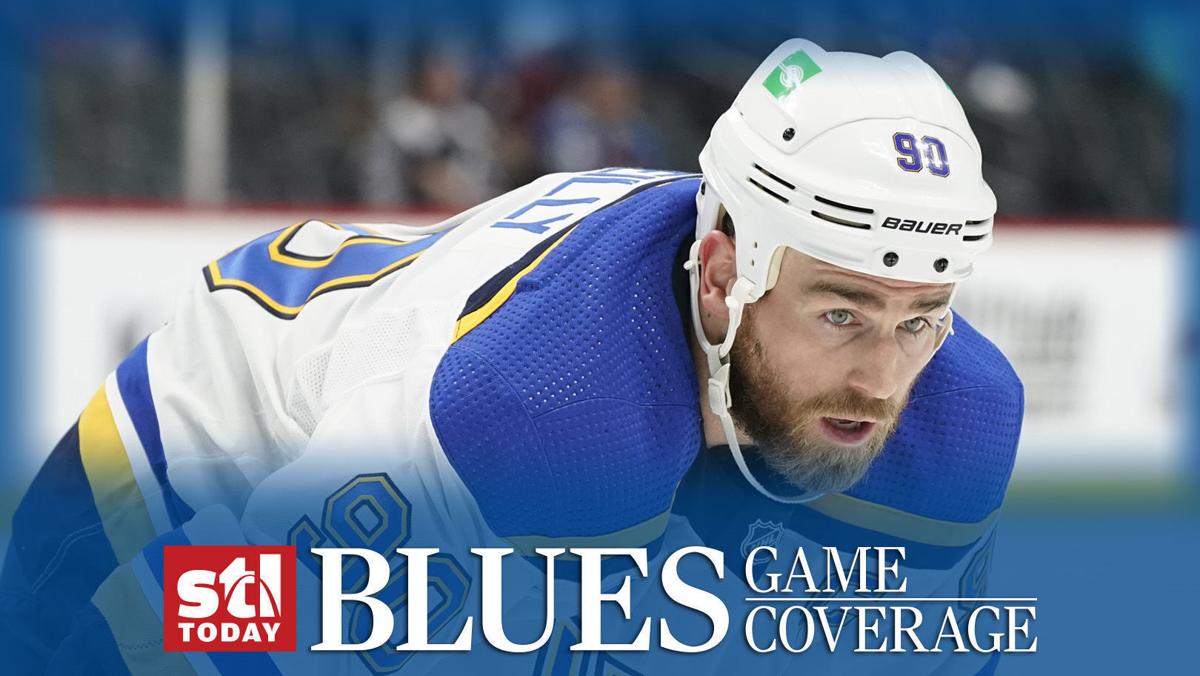 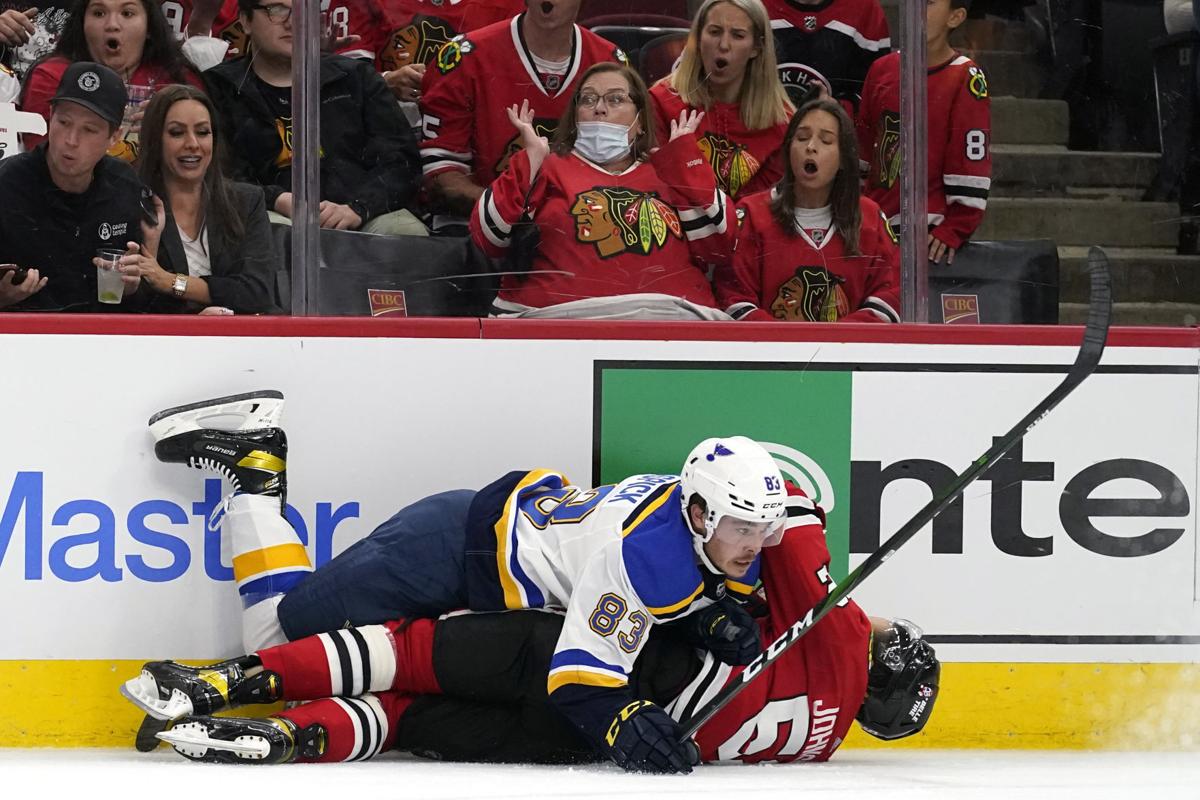 The Blues were 25th last season in penalty killing with a dismal 77.8 percent success rate, which ranked 25th in the league and was their worst rate since 1988-89. Couple in the fact that six of the top 13 teams in the NHL on the power play will be in the Central Division this season (including the Blues), and the topic moves up even higher on the to-fix list, if that’s possible.

The unit got more in-game work on it Friday night in the team’s first trip to Chicago for a game since March 8, 2020, as they killed two of three Chicago power plays. The Blues, helped by a shorthanded goal by Pavel Buchnevich, beat the Blackhawks 6-3 at United Center to improve to 3-1 in the preseason with another game against the Blackhawks coming up Saturday night in Independence, Mo. Jake Neighbours had a goal, an empty-netter, and two assists.

It didn’t take long to see the PK on Friday. Just 3:47 into the game, Ivan Barbashev was called for cross-checking, the first of the preseason cross-checking call against the Blues this preseason as the league looks to crack down on that, and they limited the Blackhawks to two shots on goal, neither very dangerous. Chicago got one goal on the power play, the same one that Buchnevich scored on.

Assistant coach Jim Montgomery has been put in charge of the penalty kill and the team is going with a more aggressive approach, coming out to challenge opponents more than they have in the past. “We’re going to put a little bit more of it on our instincts and trusting ourselves to make the right read out there,” defenseman Robert Bortuzzo said.

“We want to be more aggressive,” coach Craig Berube said. “We want to keep it more on the outside a little bit more. We’re working on it, going to keep pounding away at it and keep working on it.

“You have pressure points where you have to go, bobbled pucks and things like that, but it’s more or less being in shooting lanes and keeping power plays on the outside a little bit more, not on the inside. We talk about our power play and we always say get inside the dots before you shoot. So as much as we can we keep them out.”

Pressure is a major theme.

“We need to pressure a little bit more and more often,” said defenseman Justin Faulk. “I think we can’t let teams dictate play out there. I get that they have five guys but we need to force them to make a play and beat us and not just let them do what they want and then just hope for the best and I think we’re working on that. I think we started getting towards that at the end of last year a little bit. It’s been an emphasis so far in training camp and will be the rest of the year. We need to be on the same page as a unit of four and know where our guys are and what we’re taking away and then be ready to pressure and make it tough on them for the power play.”

Over the final 10 games of the regular season, opponents had 21 power plays and the Blues allowed just one goal. The playoff series with Colorado was a little different, as the Avalanche scored on six of 12 opportunities.

“It’s definitely something we’ve taken pride as an organization here for a little while,” said defenseman Robert Bortuzzo, a Blue since the 2014-15 season. “As a group, we know we slipped a bit last year but we have the personnel and the plan to really succeed in that area I think. I feel like all the best teams in the league are in the top eight and above in penalty kill.”

It may have been a while since the Blues and Blackhawks played, and the rosters may have been heavy with players not steeped in the rivalry, but there were two fights in the first period. The Blues got a goal by Nathan Todd, one of several players in camp making his season debut. After each team scored while Tyler Kaspick was off for a delay of game penalty, Robert Thomas got behind the Chicago defense, took a pass from Jake Neighbours and scored to make it 3-2. Zach Bolduc, the Blues’ first-round pick in the draft this year, got in his first game and had an assist on a power-play goal by Barbashev in the third period. Vladimir Tarasenko, off another pass from Neighbours, got his first goal of the preseason.

The 29-year-old defenseman made his NHL debut with Chicago in 2015.

Here’s what you need to know about the Hawks season.

There is balance and a track record of production on the top three lines that Berube is expected to use in Saturday's opener at Colorado.

4 takeaways from the Chicago Blackhawks’ 5-1 win

The Chicago Blackhawks had their final test run for Wednesday’s season opener on the road against the Colorado Avalanche, and few could quibble with the results: A 5-1 win over the Minnesota Wild in the preseason finale Saturday at the United Center.

Hochman: Blues goalie Jordan Binnington may have reached a peak, but he hasn't peaked

He’s J.D. Salinger on skates. A no-name goalie leads a team from worst to a first Stanley Cup? Jordan Binnington’s first body of work was his masterwork.

As he assimilates with new team (Blues), Saad's about to face his old one (Avs)

His all-around game figures to be a fit with the Berube style of play.

CHICAGO — The final decision is out of his control, but Chicago Blackhawks center Jonathan Toews feels he’s ready to play in Wednesday’s season opener against the Colorado Avalanche.

He can play in nine games in the NHL before the Blues will have to make a decision whether to keep him or send him back to juniors.

Blues will chill in Vail, in more ways than one.

Team will run into some wintry weather, during team-bonding trip in the Rocky Mountains.

Within a return to normality, Blues hoping their Cup window remains open.