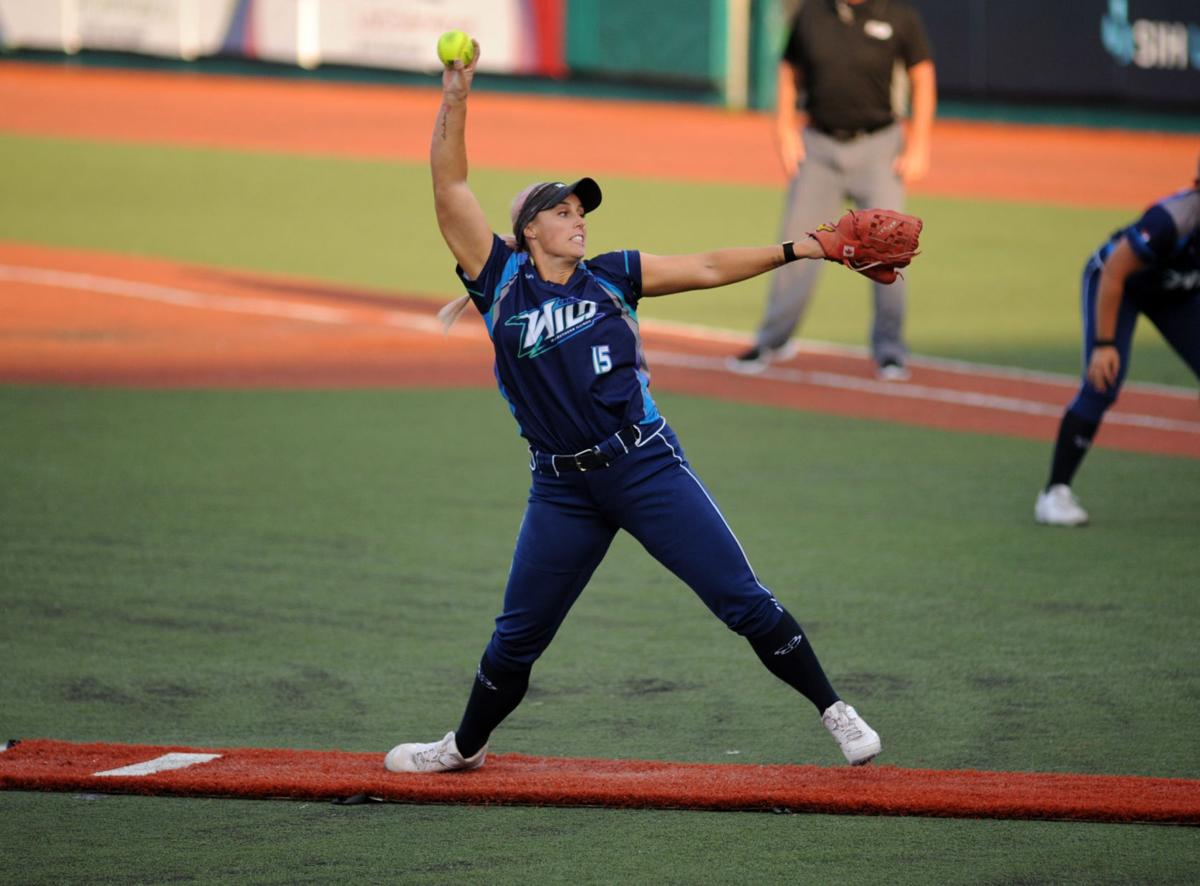 Wild starting pitcher Danielle Lawrie sends the ball home during the first game of a doubleheader between the Canadian Wild and Aussie Peppers at Rent One Park in 2019 at Marion. 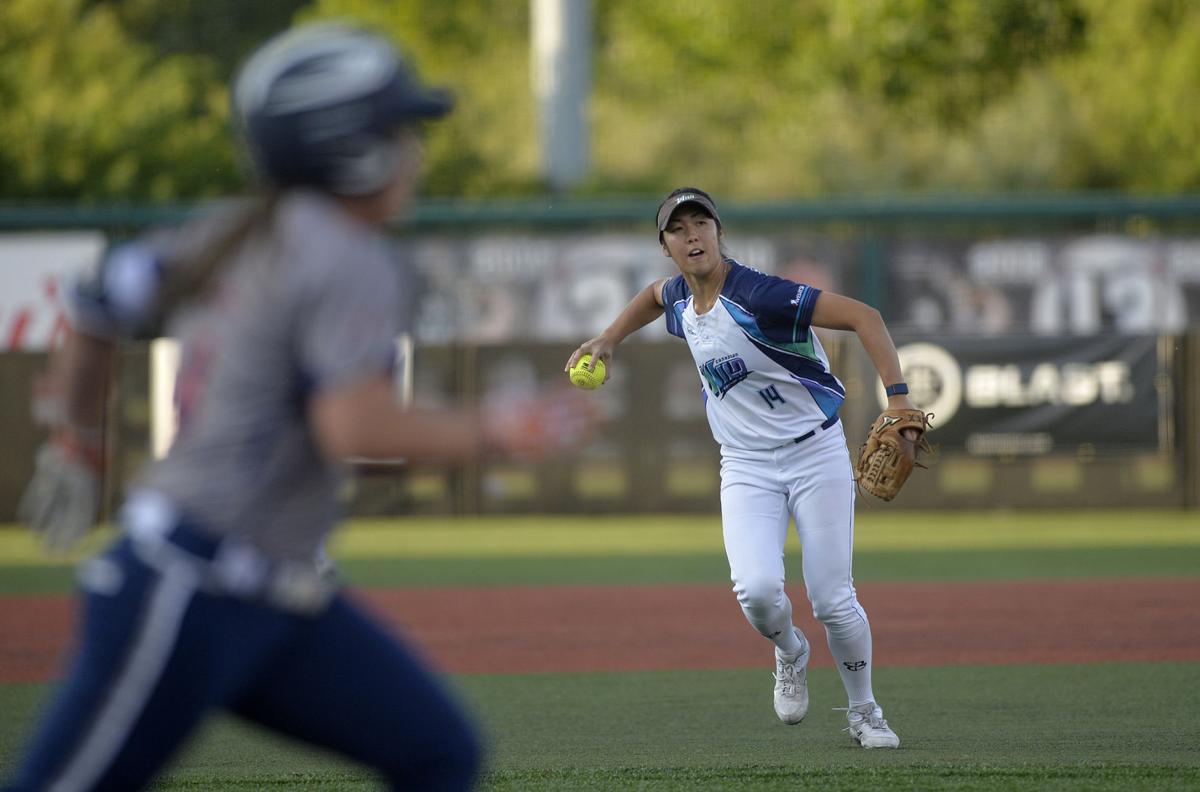 Canadian Wild shortstop Janet Leung throws to first base in the second inning against the Aussie Peppers at Rent One Park on Tuesday in Marion.

CARBONDALE — National Pro Fastpitch, which includes the Canadian Wild of Southern Illinois, suspended the 2021 season more than five months before it was supposed to kick off on Thursday because of the coronavirus.

The league, which had to cancel its 2020 season for similar reasons, said that complications with venues, attendance, COVID-19 protocols and international quarantines didn't leave many other options.

"A season already curtailed by the one-year delay of the 2020 Olympics in Tokyo, is expected to be abbreviated further by quarantine requirements imposed on the international teams participating in NPF," the league said in a news release. "Those Olympic teams of Australia (Aussie Peppers), Canada (Canadian Wild), and Mexico (Cleveland Comets) would be hindered with entrance and exit requirements that would inevitably include practice and training-limiting quarantines, along with general issues of player health and safety."

The league will begin planning for the 2022 season once safety issues surrounding fans, players and staff subside. The Wild, one of five teams in the league, were hoping to compete in 2021 as a leadup to the Summer Olympics. The other teams in the league are the Aussie Peppers, Chicago Bandits, Cleveland Comets and California Commotion.

The Wild were formed in October of 2018 for a two-year commitment to train at SIU and play home games at Rent One Park in Marion. Its players came from the Canadian National Team, which wanted a home base to train for an Olympic qualifier in 2019 and the 2020 Tokyo Olympics. After going 22-19 in a 41-game schedule in 2019, the team finished second in the Pan Am Games, losing to the United States in the championship matchup. They then won their Olympic qualifier in British Columbia to earn an Olympic berth for the 2021 Games.

If you’re a Southern Illinois sports fan, you probably hate to see 2019 come to a close.

Canadian Wild set to return to Southern Illinois in 2020

MARION — The Southern Illinois Miners are proud to announce that their partnership with Softball Canada will continue into 2020, as the Canadi…

Wild starting pitcher Danielle Lawrie sends the ball home during the first game of a doubleheader between the Canadian Wild and Aussie Peppers at Rent One Park in 2019 at Marion.

Canadian Wild shortstop Janet Leung throws to first base in the second inning against the Aussie Peppers at Rent One Park on Tuesday in Marion.