The Salukis decided to make the move last December, and announced the end of their men's and women's teams earlier this year for financial reasons. They also reduced the amount of scholarships for the men's swimming and diving team from 9.9 to 6.0 beginning in 2017-18. The moves are expected to save the athletic department about $660,000 annually, but at least one former student-athlete believes they're not only the wrong decision for the university, but illegal.

Former women's tennis player Molly Card Deckmann (1994-98), one of the top singles champs in school history, and former Saluki coach Judy Auld filed a complaint in March with the U.S. Dept. of Education alleging Title IX violations. The department's office of civil rights has opened an investigation, and could threaten SIU's federal funding.

"I don't want to see any men's sports jeopardized, in any capacity," Auld said. "I would like to see a restructuring of how money is allotted, because I know there is a financial crunch within the state and the university, but that doesn't say you can't abide by the law."

Referencing a study done by Helen Grant Consulting that was completed in February, Auld and Deckmann allege SIU is not in compliance with the federal laws surrounding Title IX and hasn't been for some time. Auld said she hopes to see women's tennis reinstated, although she admitted that's not feasible in the current economic climate, and for the athletic department to address her concerns with a zeroed-out budget beginning this summer.

The report from Helen Grant Consulting pointed out several potential problems with SIU's compliance under Title IX. During the 2015-16 academic year, the participating rate for male student-athletes was 7 percent less than for women, proportional to the student body. Federal guidelines recommend the participation rates be "substantially" proportionate to the rate of enrollment of full-time undergraduate students.

The report also accuses SIU of not looking hard enough at expansion of sports for female student-athletes, who are slightly underrepresented. It suggests the school consider adding a club sport with a high level of participation as a varsity offering, but uses bowling, equestrian, lacrosse and rugby as examples, none of which are sponsored sports in the Missouri Valley Conference.

It also suggested women's soccer, which SIU has looked at as its next possible addition. The school built a synthetic turf infield as part of the Lew Hartzog Track and Field Complex, which could be converted into a soccer pitch.

"The U.S. Dept. of Education has advised us of a Title IX complaint regarding the gender equality of athletic opportunities at the university," he said in a statement. "We are working closely with the Office of Civil Rights to provide all of the relevant information in order to resolve this inquiry. Until we know what actions, if any, need to be taken, it would be inappropriate to comment regarding specifics of the investigation.

"SIU Carbondale and its athletic programs are committed to an inclusive campus. We take our Title IX obligations seriously and believe we are in compliance with the law."

CARBONDALE — Southern Illinois University is preparing to unveil its first women's soccer team next fall, but it won't mean anything toward th…

CARBONDALE — This time, there will be no saving SIU's men's and women's tennis programs.

Watch now: A Bears effort not worthy of repeating

Watch now: A Bears effort not worthy of repeating 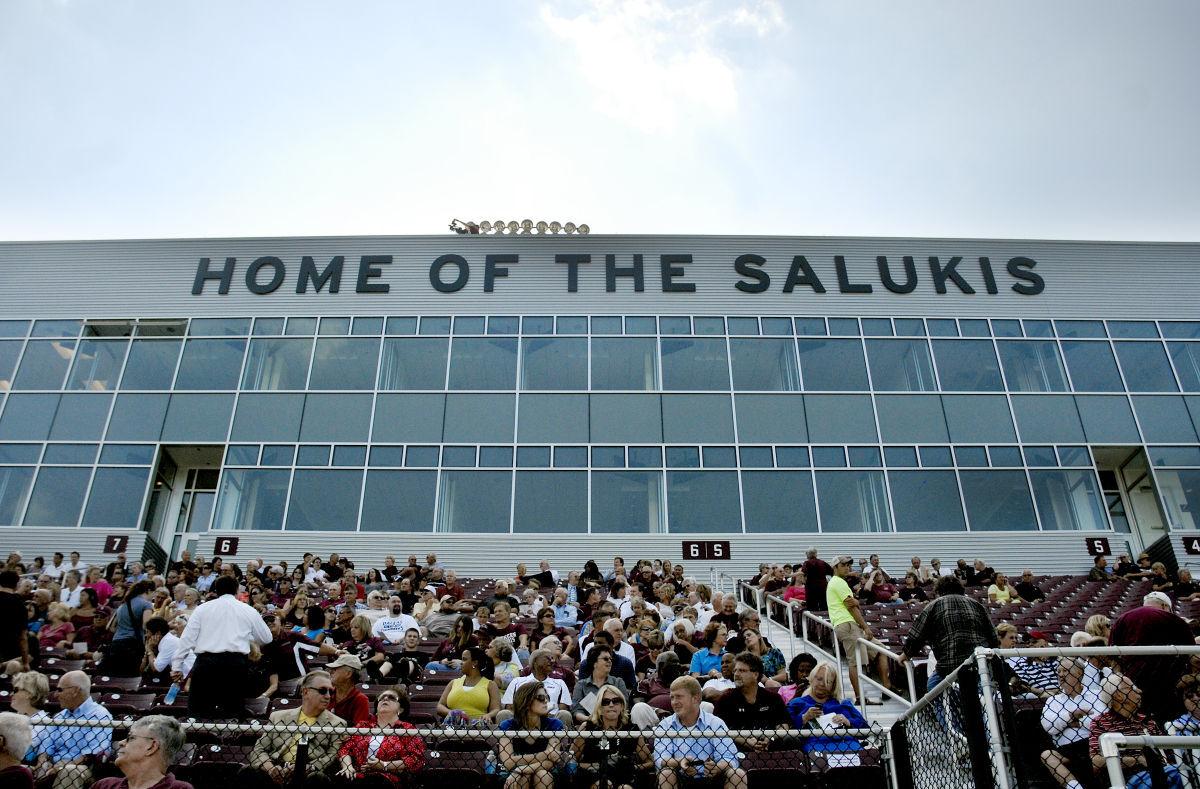