As U.S. triathlon coaches contemplated how their team would compare to rest of the field in the mixed relay, they warned Kevin McDowell that he would be going up against Jonathan Brownlee, a two-time Olympic medalist from Britain.

The confidence both astounded and heartened the staff.

A week ago, the Geneva native had never finished higher than 11th at a world championship. Now he believed he could compete with anyone, even a legend like Brownlee.

“He’s in one of those moments as an athlete that you train for, but you don’t always know if you’re going to get there,” said John Farra, USA Triathlon’s high performance general manager. “He’s in that peak place right now where he’s got a swagger and he’s having fun.”

True to his word, McDowell kept pace with Brownlee throughout the mixed relay. He finished just a few steps behind the Brit, giving the U.S. team a comfortable cushion over the rest of the pack.

The American team of Katie Zaferes, Taylor Knibb and Morgan Pearson went on to finish second, winning silver in the relay’s Olympic debut. In doing so, McDowell and Pearson became the first U.S. men to win an Olympic medal in a triathlon event. The U.S. women have three medals since the sport debuted in 2000, including the bronze won by Zaferes on Tuesday.

“We knew what we needed to do,” McDowell said. “We didn’t have to do anything fancy, anything special. We just had to go and race ourselves.”

The relay medal came just five days after McDowell, 28, finished sixth in the men’s individual event, the best-ever finish by an American male. The unexpected result gave him confidence heading into the relay, which takes place on a shortened course and favors athletes like McDowell who have solid transitions and strong technical skills.

“I was riding high and it gave me a lot of confidence,” he said. “But, really, everyone believing in me helped instill that belief in myself. I haven’t been the most confident individual in some ways.”

McDowell’s career hit its lowest point when he was 18, when he was diagnosed with Hodgkin’s lymphoma, a highly treatable cancer that ravaged his body. The reigning world junior bronze medalist at the time, McDowell stepped away from the sport for several months while he received chemotherapy treatments.

He returned to racing the following spring, but the competition began a frustrating cycle of improvement followed by regression. On more than one occasion, he wondered whether he should quit the sport and put his business degree to use.

It would be years of trial and error before he found a conditioning and nutrition routine that worked for him. McDowell didn’t finish growing until two years ago, when his body seemed to finally complete puberty that was paused by chemotherapy.

“He’s turned it up a notch in the past year and that has been really fun to see,” Farra said. “He just looks confident. He’s enjoying everything and, on top of it, his performance is just exceptional.”

USA Triathlon officials picked McDowell, who was part of a U.S. team that won bronze at the 2018 world championships, for the Tokyo Games largely because of his experience with relays. He also won a bronze medal in the mixed relay when it debuted at the youth Olympics in 2010.

Without question, the relay was the true reason why he was in Tokyo. His performance during the men’s event was an added bonus.

“I felt the pressure,” McDowell said. “I knew I needed to come here and execute.”

McDowell, however, did not allow the relay expectations to overwhelm him. He did the typical recovery work, with a post-race ice bath and daily massages. He ate well, trying to reload the nutrients his body would need in just a few day’s time.

But mostly he embraced life in the athletes’ village, attending team dinners, trading pins and making an effort to meet Olympians from other countries.

“We’ve enjoyed the Games experience on top of the performances,” McDowell said. “I think that balance has made this even more special.”

McDowell also helped Pearson, his teammate and occasional training partner, overcome his disappointing finish in the men’s event. Shaken after finishing 42nd, Pearson asked his relay members to frequently remind him that they believe in him.

McDowell, who is rooming with Pearson at the Games, took the request seriously. He would tell Pearson how much faith he had in him on the bus, in training, back in the room, whenever it looked like he needed it.

“He’s built so much belief in me, I wanted to be there for him,” McDowell said. “I kept telling him ‘you’ve done this.’”

Pearson anchored the relay, gutting out a final run with which the third-place French team could not keep pace.

“I’m at a loss for words right now,” McDowell said after receiving his medal. “To be honest (my teammates) have played a big role in this journey to where I am today. They all believed in me at different times.”

Clearly preferring to live in the present, McDowell was noncommittal about his future.

“I’ll still have some racing going on and I’ll talk with my coach,” he said. “But right now I just want to enjoy the moment.”

Helene Elliott: Simone Biles to fans: 'We can come out on top of this and we're going to be OK'

Watch now: Can Justin Fields make a competitive start against the Browns?

Watch now: Did Fields Prove Himself?

Watch now: Did Fields Prove Himself?

Are the Green Bay Packers pretenders?

Are the Green Bay Packers pretenders? 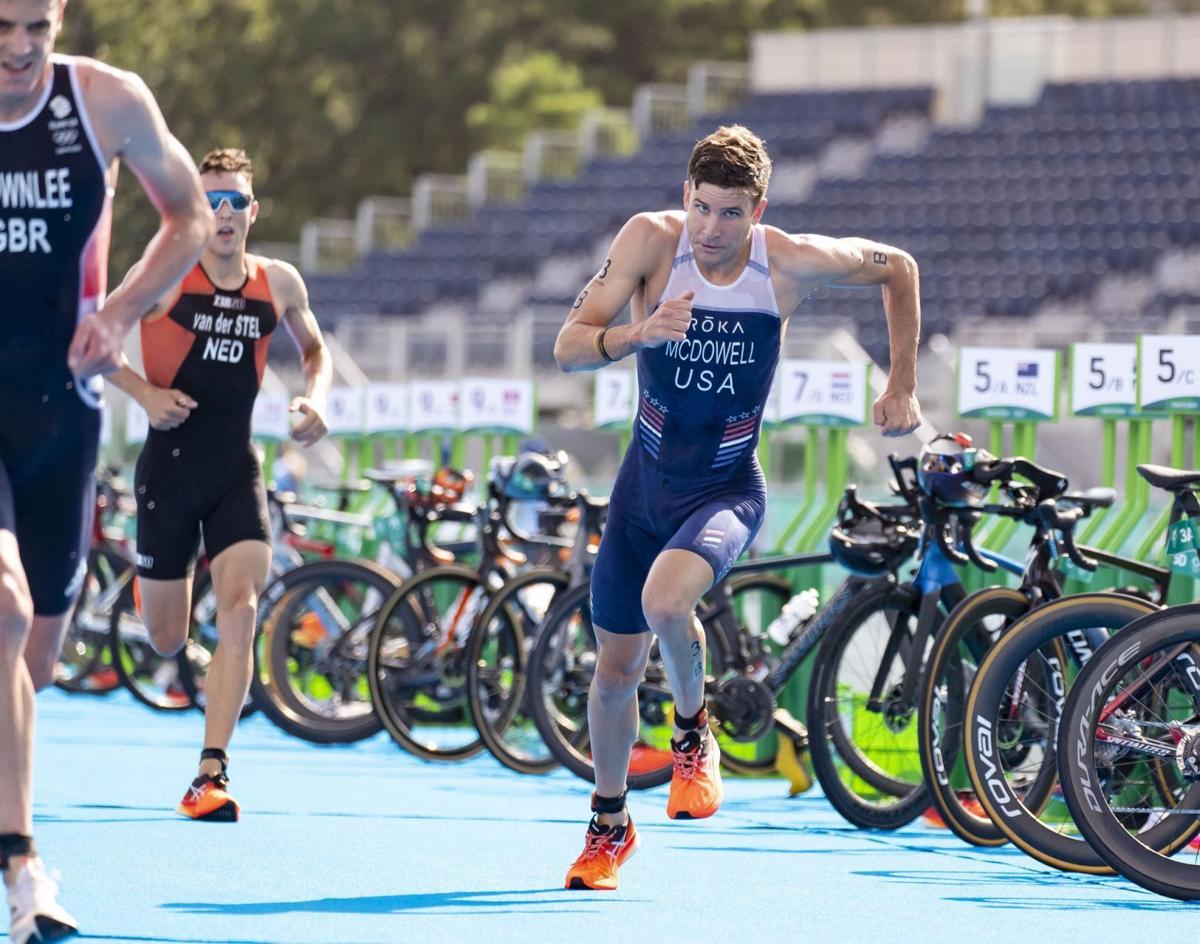 USA's Kevin McDowell starts the run in the mixed relay triathlon Saturday at Odaiba Marine Park during the Tokyo Olympics. 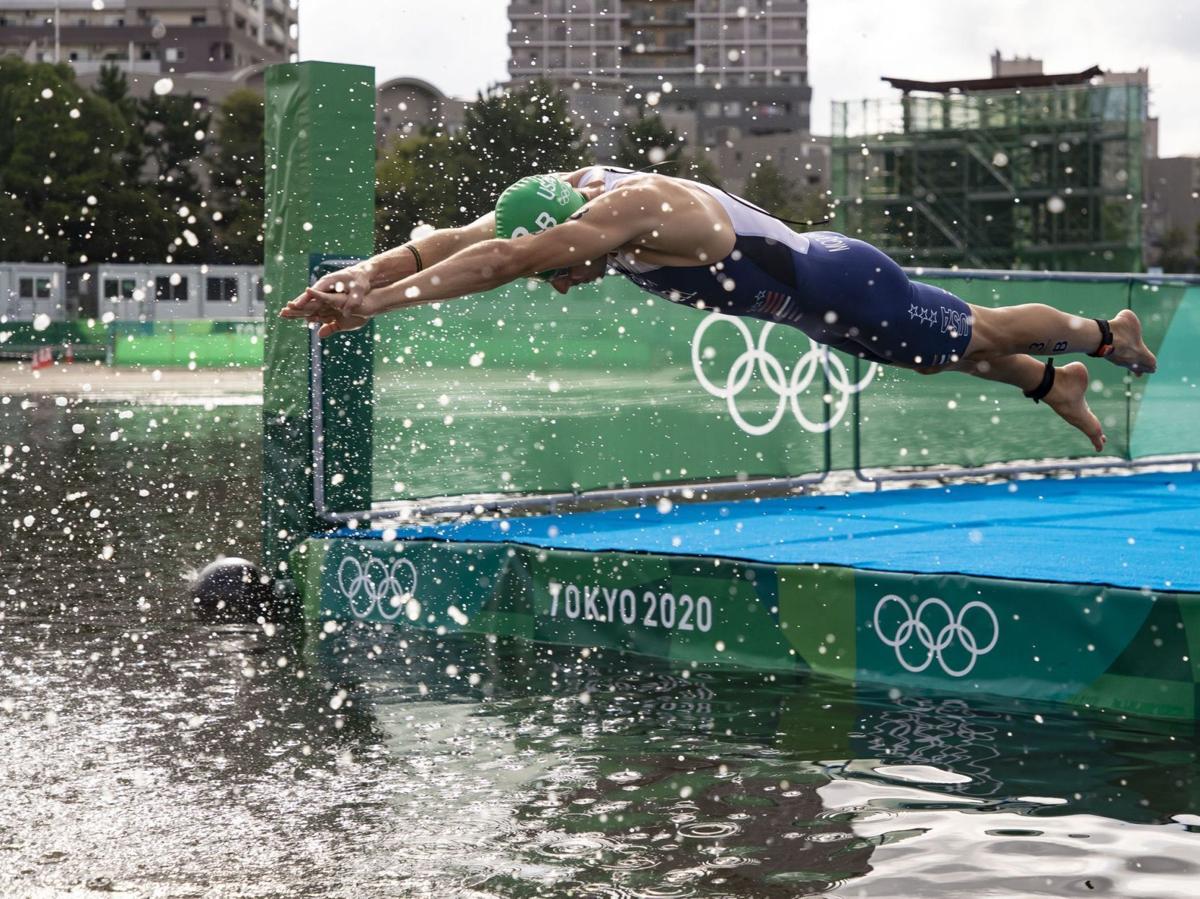 Kevin McDowell dives into the swim in the mixed relay triathlon Saturday at Odaiba Marine Park during the Tokyo Olympics. 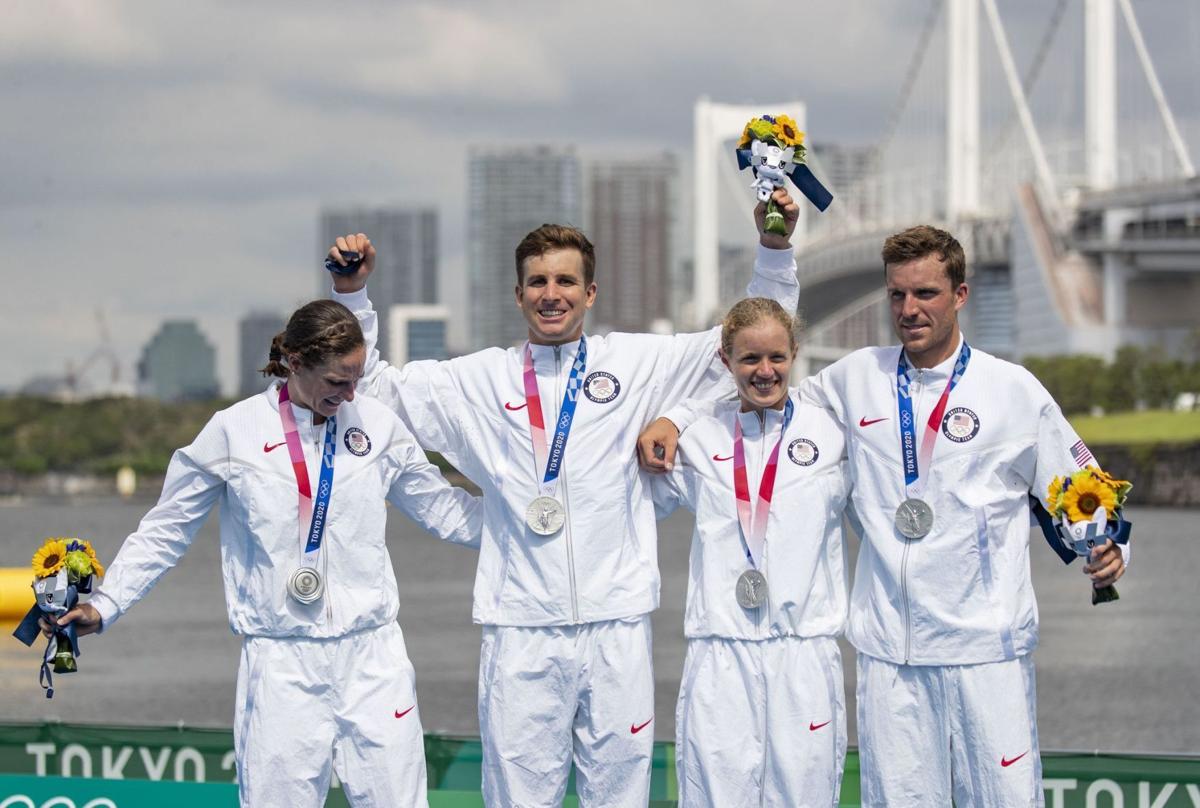 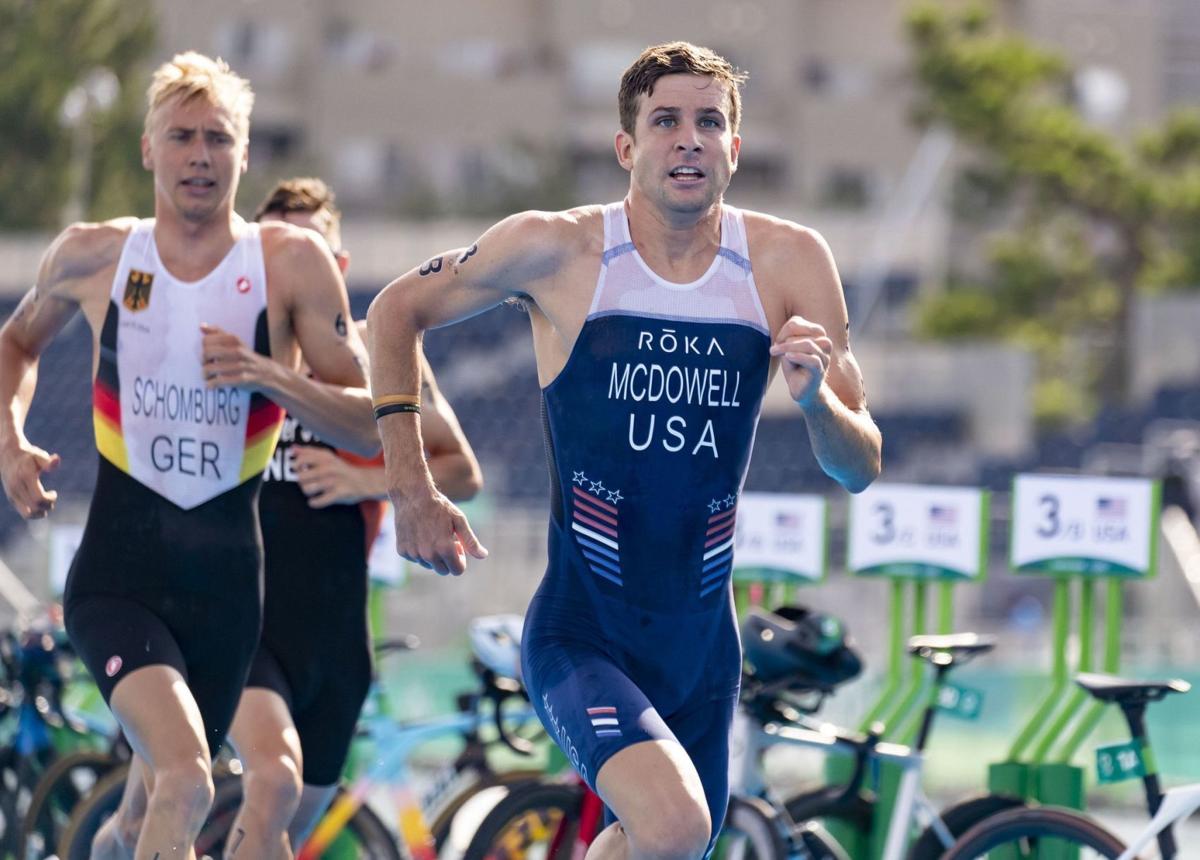 American Kevin McDowell of Geneva starts the run in the triathlon mixed relay Saturday at Odaiba Marine Park during the Tokyo Olympics. The U.S. won the silver medal in the event.