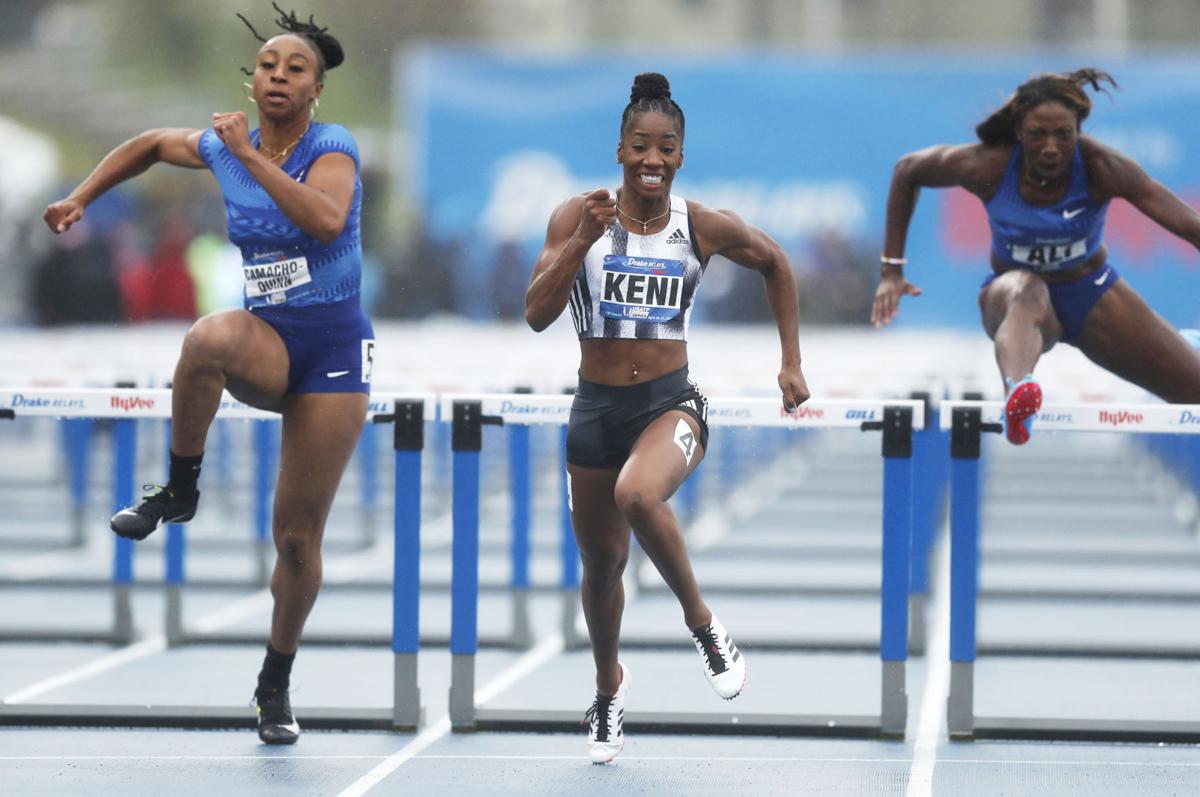 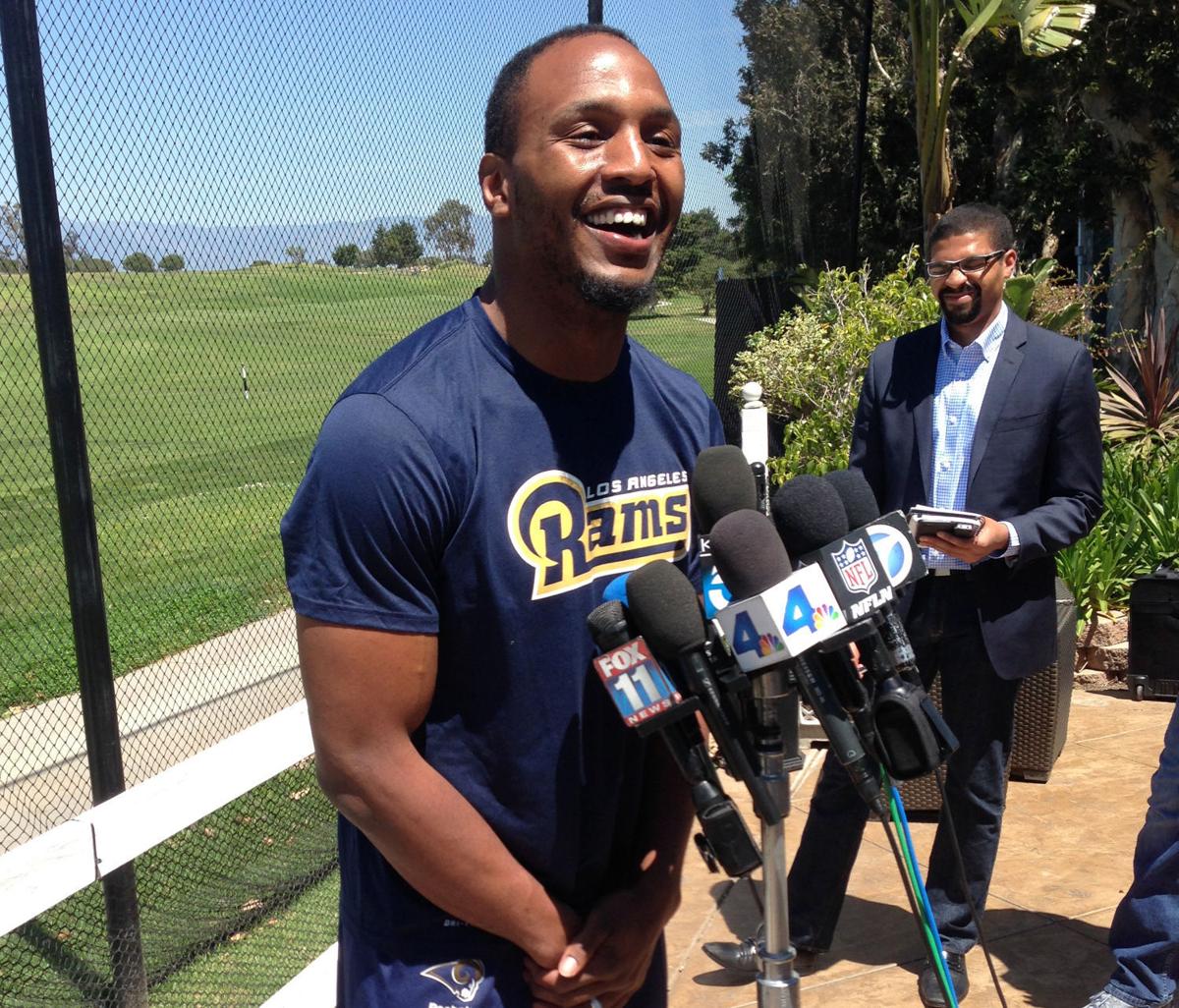 Robert Quinn talks to reporters at the Rams facility in Oxnard, Calif., in April 2016.

As Jasmine Camacho-Quinn blazed down the track inside Olympic Stadium in Tokyo, her older brother was having trouble containing his excitement. Robert Quinn was with a big group at Halas Hall on Sunday night watching Camacho-Quinn race in the finals of the 100-meter hurdles at the Olympics.

“It was about hurdle number five or six,” Quinn said, “that I seen her starting to pull off (from the competition).”

Quinn ran to the big screen as Camacho-Quinn blazed across the finish line in 12.36 seconds to capture Olympic gold.

Quinn, an outside linebacker with the Chicago Bears, was overcome with excitement and pride. By the time he connected with his sister later, his giddiness had not subsided.

“She still had the gold medal around her neck,” Quinn said with a wide smile after Monday’s training camp practice. “I’m still in disbelief like, ‘Naw, that’s not real.’ That’s my baby sister and she’s an Olympian. I don’t know, man. I can brag about that.”

Camacho-Quinn, who grew up in the United States, competed in the Olympics for Puerto Rico, where her mother was born. Quinn tried to put the accomplishments of his 10-year NFL career in perspective alongside Camacho-Quinn’s Olympic feat.

“Football is kind of America’s sport,” Quinn said. “She’s going against everyone in the world. And she beat them. That’s different.

“Winning the gold is something to be proud of, (especially) knowing the challenges of everyone you had to race to get that medal. It’s incredible. To be the best in the world? A lot of people don’t get to say that. I can say that about my baby sister.”

At the 2016 Games in Rio de Janeiro, Camacho-Quinn was disqualified in the semifinals of the 100-meter hurdles after she clipped two hurdles and stumbled over another. Quinn knew that five-year-old disappointment was still sitting with his sister as she readied to race for the gold last weekend.

“She looked calm,” Quinn said. “But she looked like she was on a mission. And she accomplished that mission.

“I just want to see the gold medal in person.”

6 Chicago Cubs players to watch after the trade deadline

Justin Fields already knew how to get down or out of bounds while scrambling courtesy of a shot he took against Clemson, and now he says there…

Andy Dalton's confidence in the Bears offense after a short time running it has come from work done in the offseason, as well as his years of …

Is The MLB HOF voting outdated?

Super Bowl LVI is almost here! A look back at some of the most popular ads of all time

Super Bowl LVI is almost here! A look back at some of the most popular ads of all time

A guide to the upcoming 2022 Beijing Olympic Winter Games

A guide to the upcoming 2022 Beijing Olympic Winter Games

Robert Quinn talks to reporters at the Rams facility in Oxnard, Calif., in April 2016.