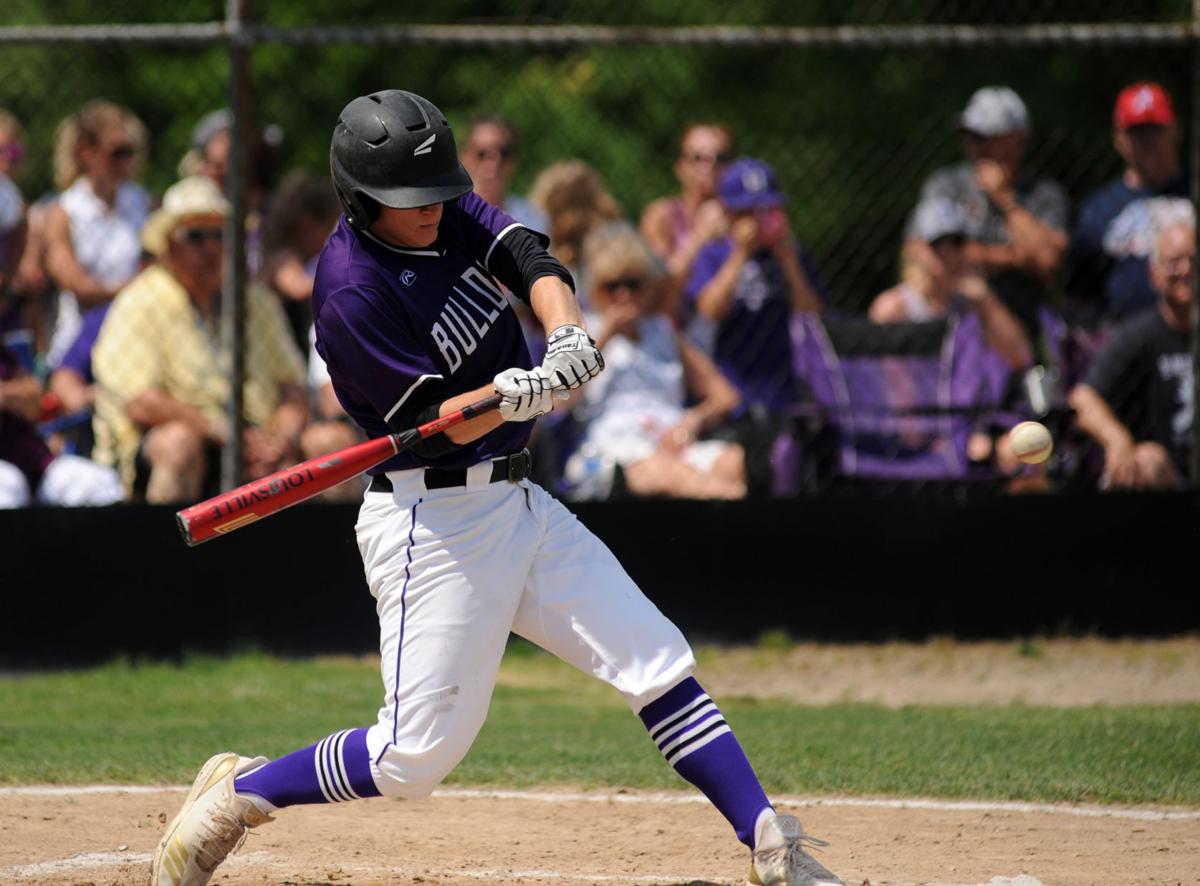 Harrisburg pitcher Noah Boon swings at a pitch during the Bulldogs 7-5 win over Nashville in the IHSA Class 2A sectional championship in 2019 at Benton. 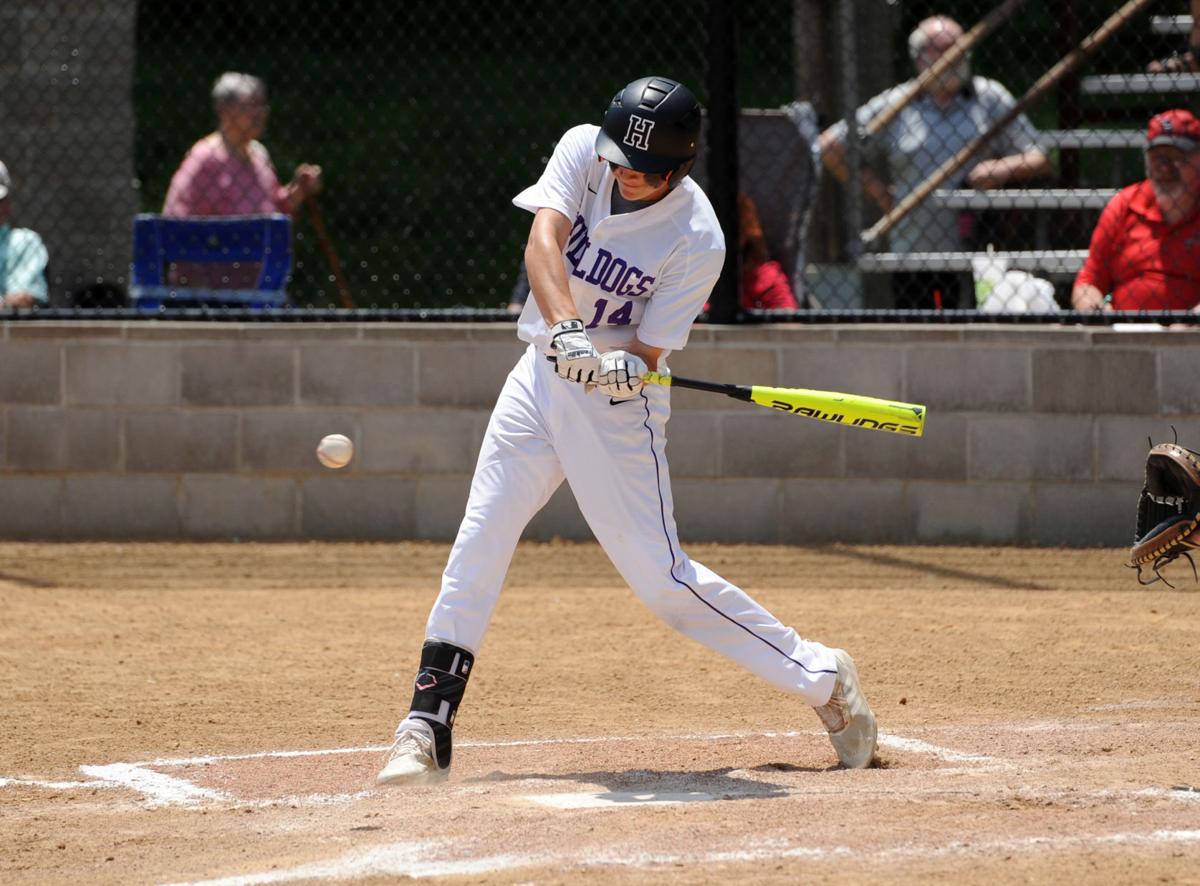 Harrisburg first baseman Javie Beal swings at a pitch during the IHSA 2A Regional Championship game at Kiwanis Field on Saturday in Anna. 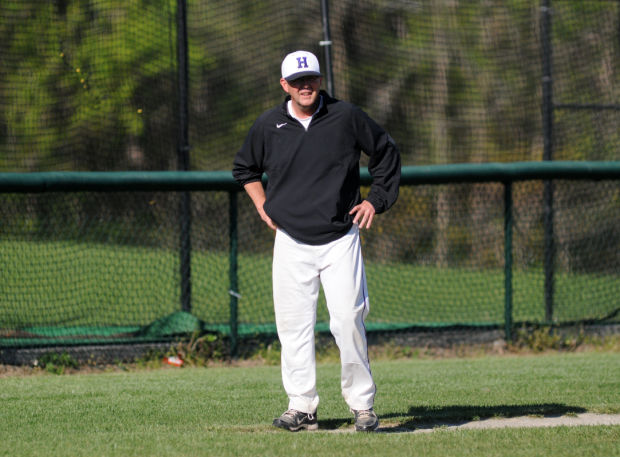 Harrisburg head coach Jay Thompson watches his team during a 2014 game against Murphysboro.

It’s possible that he looked forward to no game more than that one.

“Someone told me that it was something like 685 days since our last game,” Thompson said a couple of hours after the victory.

That’s because of all the things lost to COVID-19 last March, high school baseball was one of them. The Illinois High School Association canceled spring sports last April, a decision that hurt the Bulldogs as much as anyone.

They were set to return every starter from a 30-win team in 2019 that reached the Class 2A Sauget Super-Sectionals. There was state championship talk in Saline County. But the molecular gorilla that routed everything it opposed last spring quickly quashed any ideas of a championship for Harrisburg, or anyone else.

Which might be one reason Thompson noticed something in particular on Monday.

“I can see it all over the kids – they’re more enthusiastic and energetic,” he said. “Kids are always excited early in the year, but they are just starving for baseball and I think it means more to them.

“That whole season was snatched out from underneath us with no warning; we lost what we lost.”

Fortunately for the Bulldogs, the cupboard is far from bare, even though important pieces were removed without ever getting to play a game in 2020. With the likes of Noah Boon and Javie Beal returning, they have a nucleus most teams would love to boast.

Boon was the No. 2 pitcher behind Isaac Crabb as a sophomore, good enough then to win a sectional final against Nashville’s loaded lineup. You should see him now. Boon is capable of throwing three pitches for strikes in addition to being a middle-of-the-order threat.

“He would have been a No. 1 pitcher for almost everyone,” Thompson said of Boon. “He throws strikes, he’s solid and he knows how to pitch. He’s refined his pitching. He’ll work himself into pitching shape.”

Like many baseball players around Southern Illinois, Boon is currently pulling double duty. A two-way starter on the football team, Boon rarely comes off the field. In fact, he practiced with the football team on Monday before pulling on his baseball uniform for the season opener.

In this pandemic year, where sports seasons are overlapping in a manner they never would at any other time, coaches are hammering out time-share arrangements so that players can get maximum opportunities for game action.

“It’s tough on our six or seven kids who are getting the heck beat out of them in football,” Thompson said. “So you make things as conducive for them as possible.”

Beal is a baseball guy through and through. If you don’t believe that statement, just look at that lefthanded swing. It is a thing of beauty, the kind of swing that 25 years ago would have been a 50-50 bet to appear on a Tom Emanski video.

And those who haven’t seen Beal play since his sophomore year will notice that he’s filled out. Seasoned baseball scouts have a saying to describe a player who passes the eye test. They say he has the “good face.”

“He looks the part, no doubt about it,” Thompson said of Beal.

He, Boon and the rest of the Bulldogs will have the chance no high school team in Illinois has experienced in more than a year. The IHSA Monday set the third weekend in June as state championship weekend.

Perhaps Harrisburg will be the last team standing, as it thought it could be in 2020 before coronavirus squashed everyone’s hopes. Maybe it won’t.

Regardless, it will get the chance.

“I’m glad the kids got to play basketball and football, and we ended up being really good in basketball, but when the last game was played, it was done,” Thompson said of those seasons. “And in the normal spring sports, we’ll have an opportunity to play in the postseason.”

Watch now: What's the replacement plan for Charles Leno Jr. on the Bears?

Watch now: What's the replacement plan for Charles Leno Jr. on the Bears?

Watch now: Thomas Graham Jr. gets past the fall

Watch now: Thomas Graham Jr. gets past the fall

Ten Hochman: May the Fourth be with you!

Ten Hochman: May the Fourth be with you!

GOREVILLE — They just about ran out of softballs Monday night because Trico kept blasting them over the fence.

Where Are The Now? | Former Saluki pitcher, Gooden, cheering on Dawgs

Megan Bernardini’s solo home run in the fifth inning was massive, but not Elverado’s only shining moment in Thursday’s victory against Goreville.

CARBONDALE — The SIU football team gave away its chance to beat South Dakota State with four turnovers March 20th, which the second-ranked Jac…

Cardinals notebook: Redbirds do not want reaction, conversation about 'isolated instances' of hit batters to get out of control

Another opponent is hit in the head by pitch.

CARBONDALE — SIU's first, and hopefully only, spring football season came to a close Sunday night at No. 2 South Dakota State after the Jackra…

In the end, it wasn’t a hard decision.

Harrisburg pitcher Noah Boon swings at a pitch during the Bulldogs 7-5 win over Nashville in the IHSA Class 2A sectional championship in 2019 at Benton.

Harrisburg first baseman Javie Beal swings at a pitch during the IHSA 2A Regional Championship game at Kiwanis Field on Saturday in Anna.

Harrisburg head coach Jay Thompson watches his team during a 2014 game against Murphysboro.