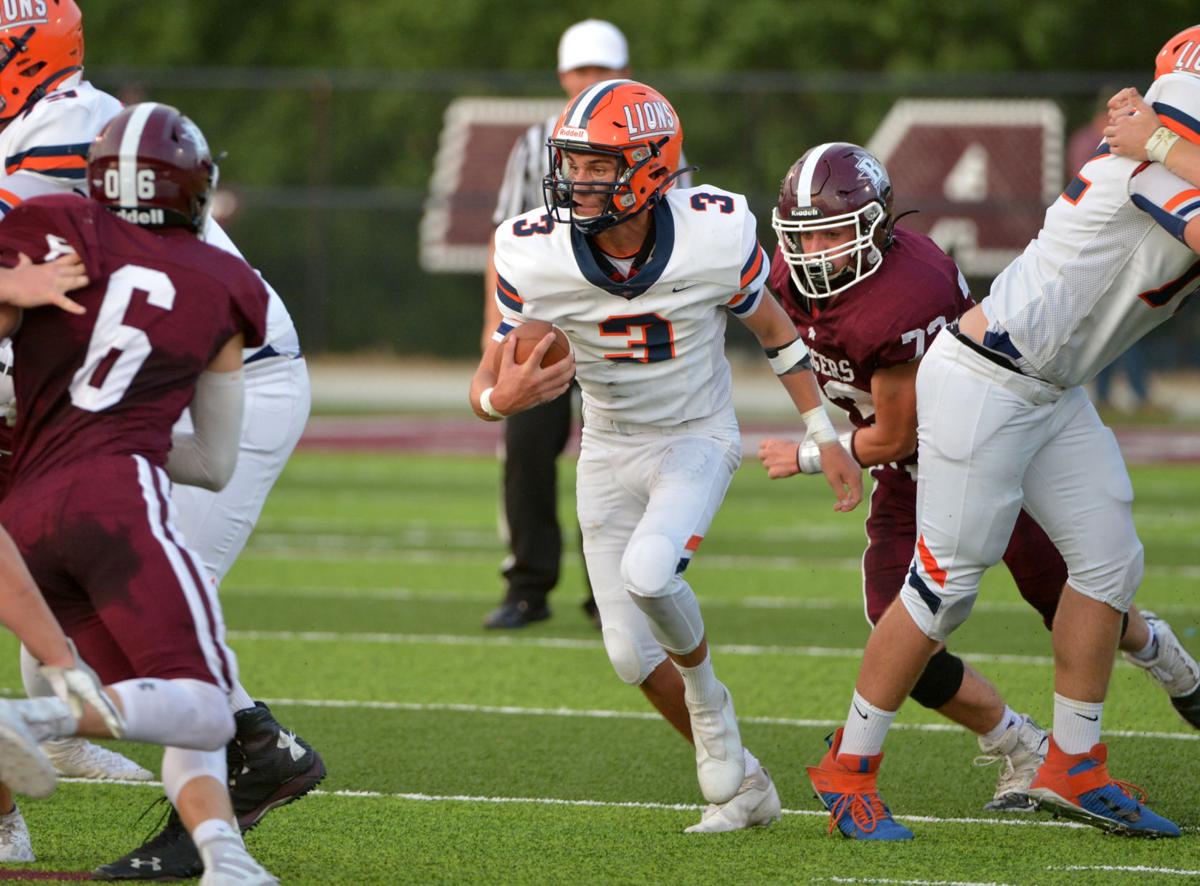 Carterville quarterback Andrew Hellriegel runs the football during the Benton Rangers cross-conference game against the Carterville Lions at Tabor Field on Friday, August 27, 2021 in Benton, Illinois. 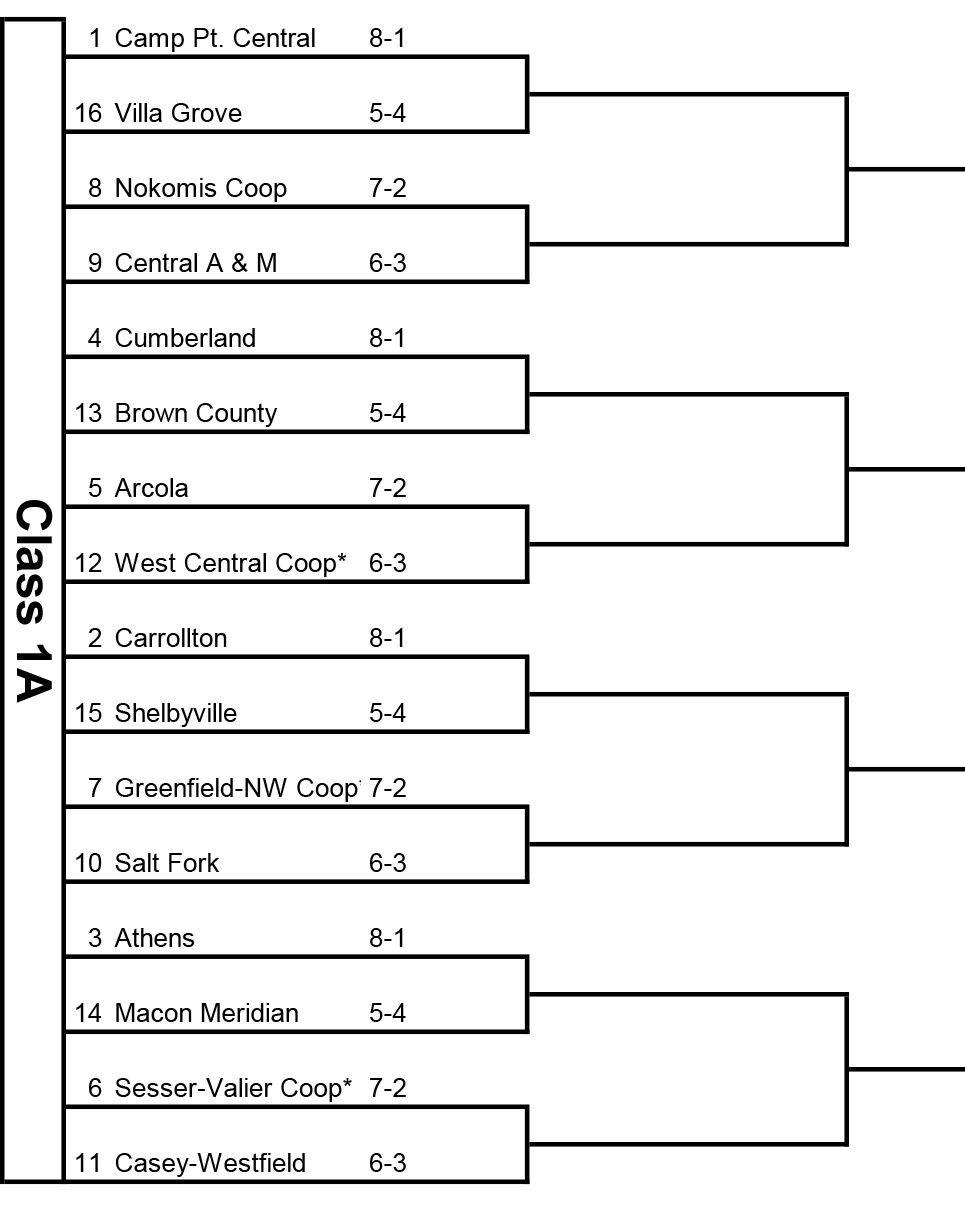 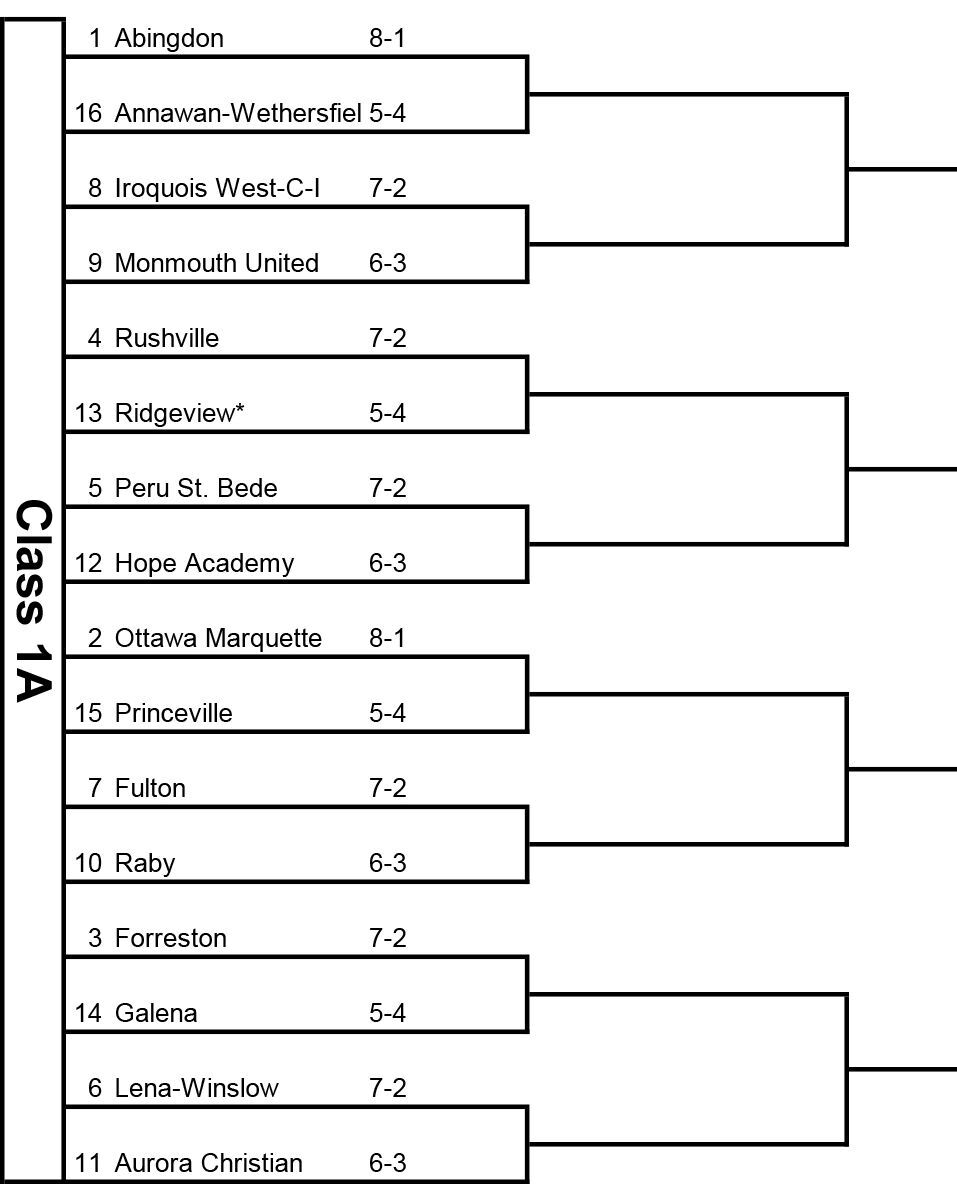 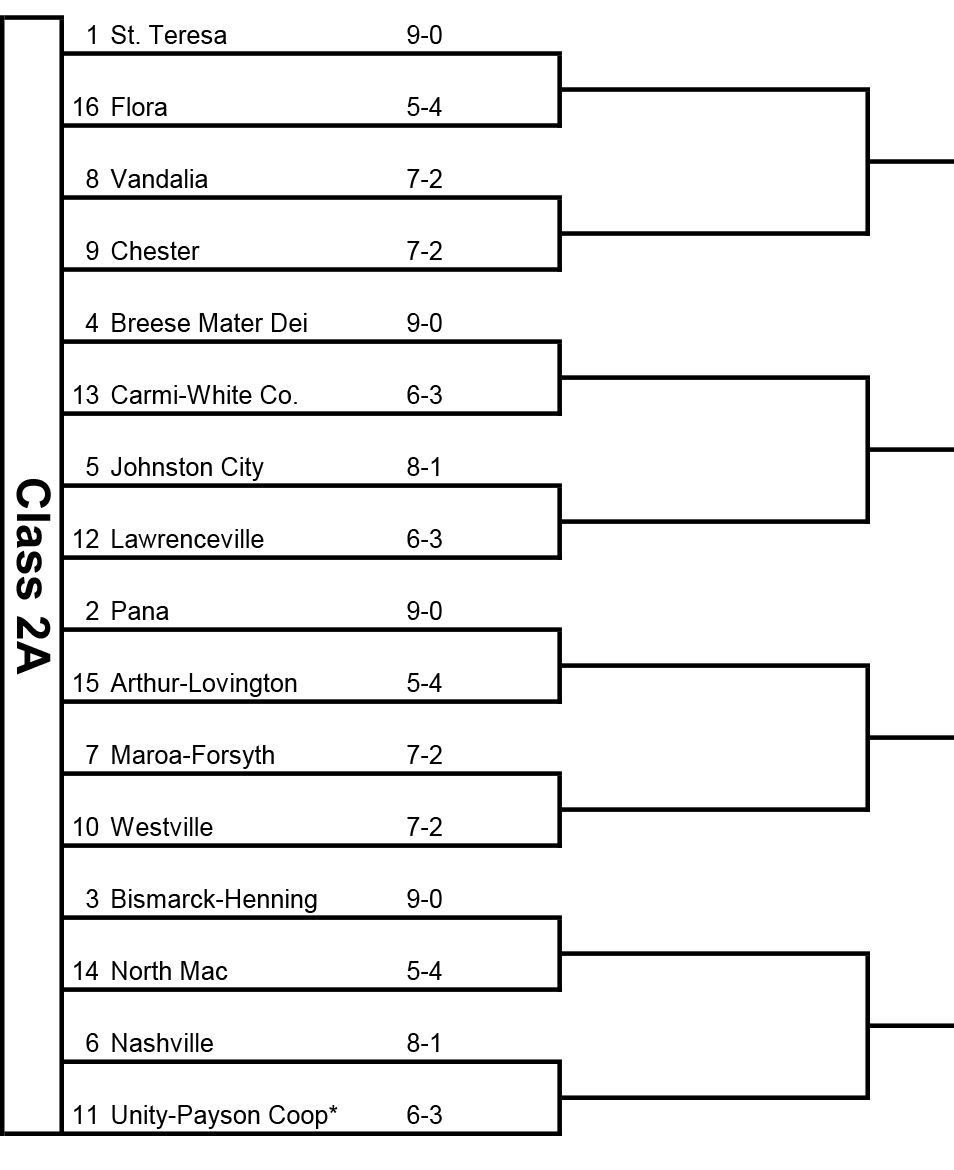 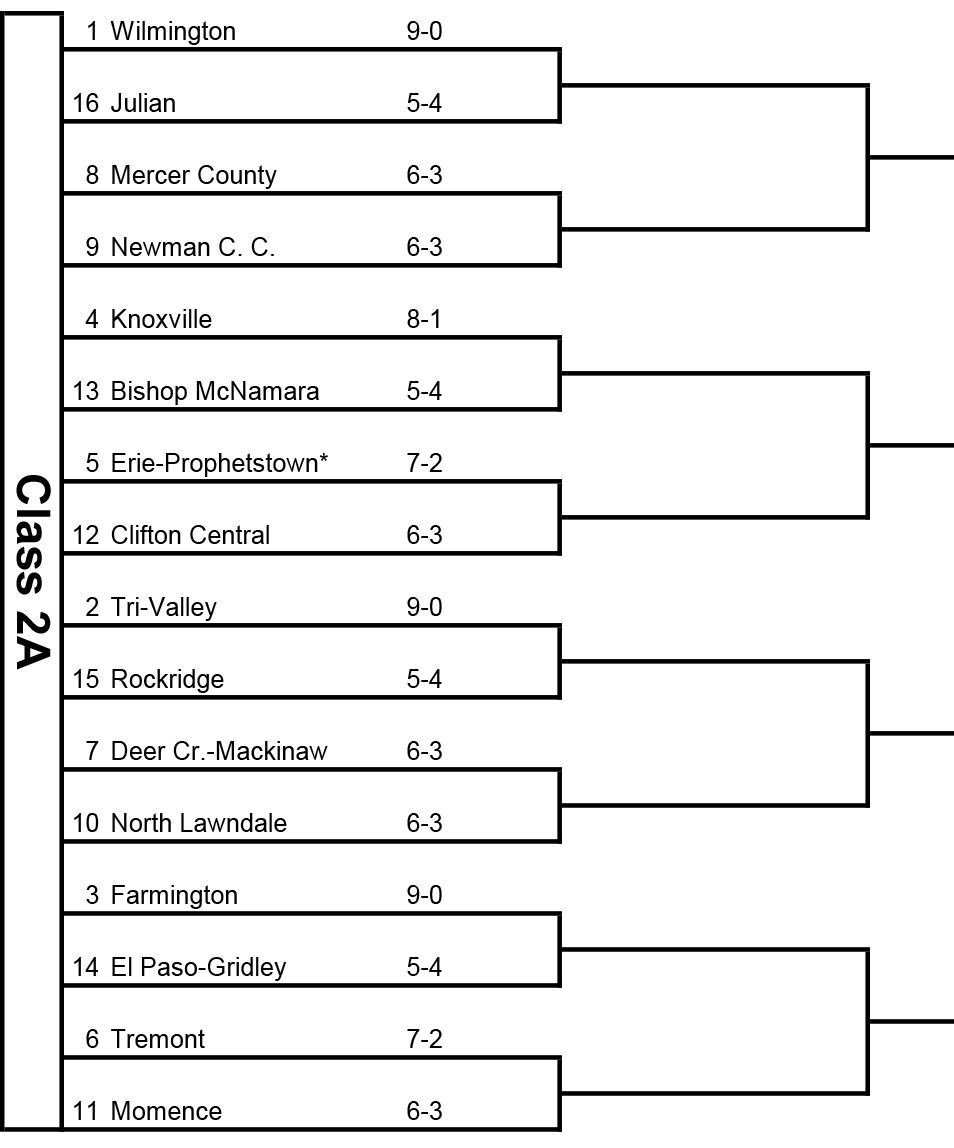 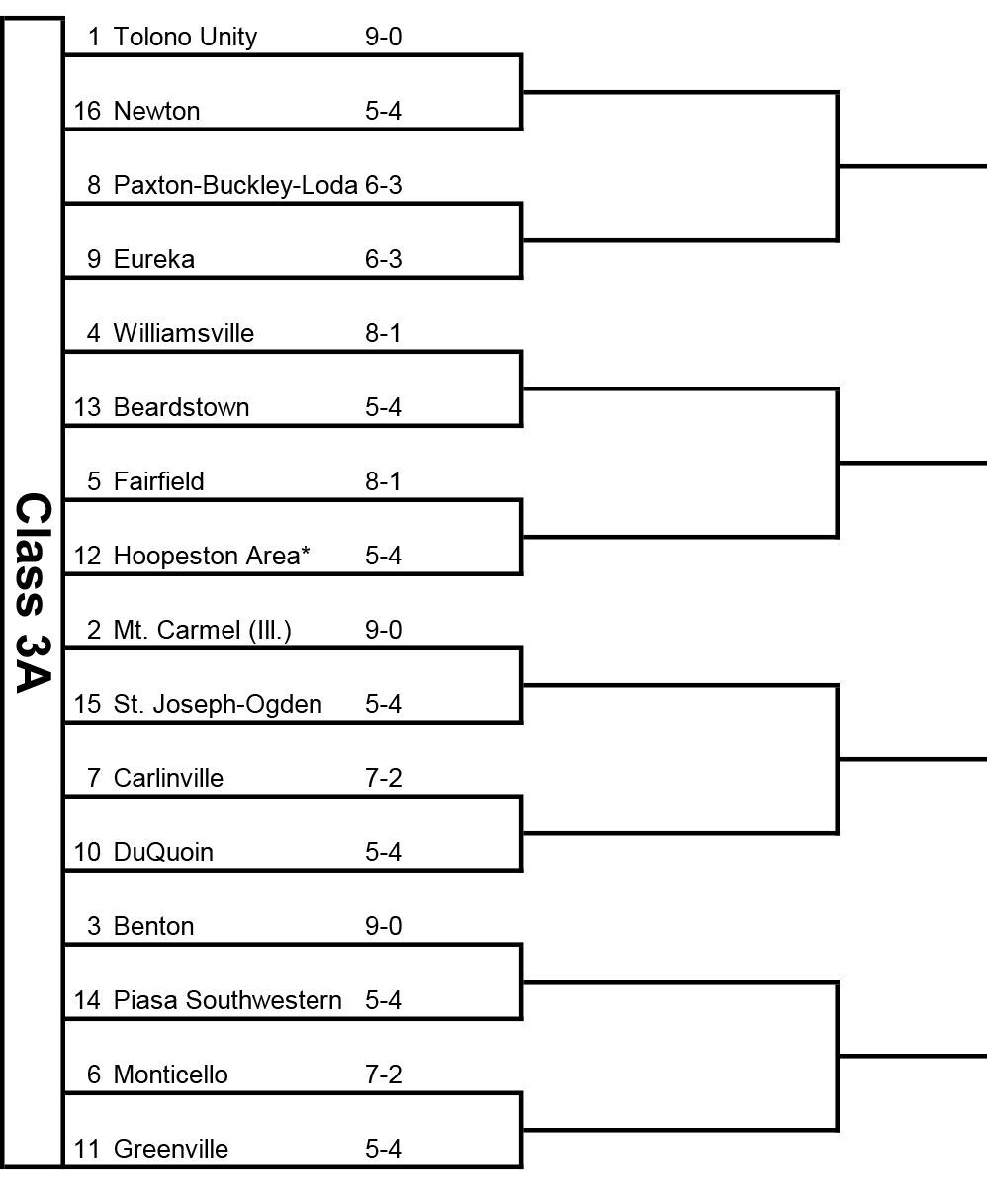 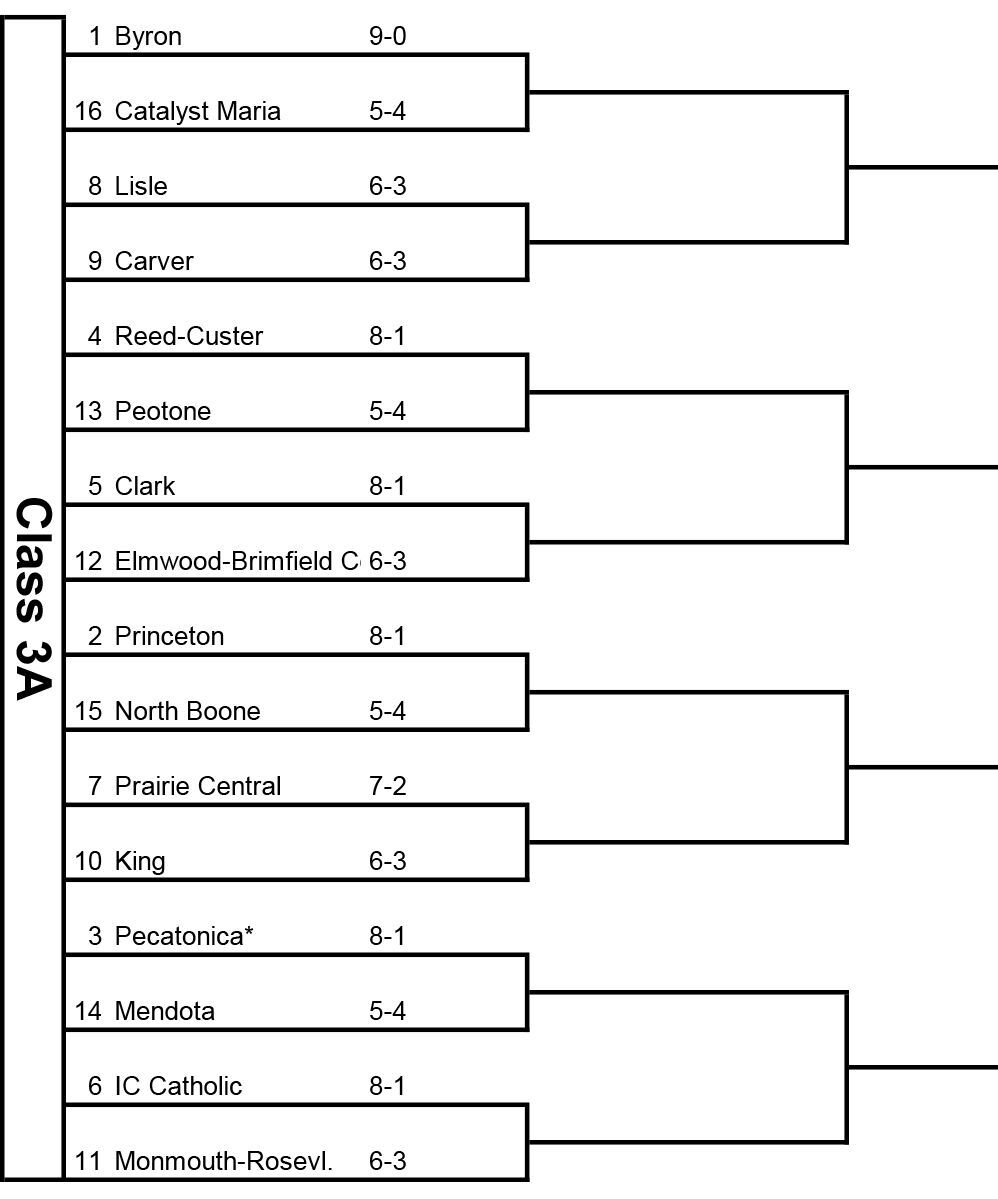 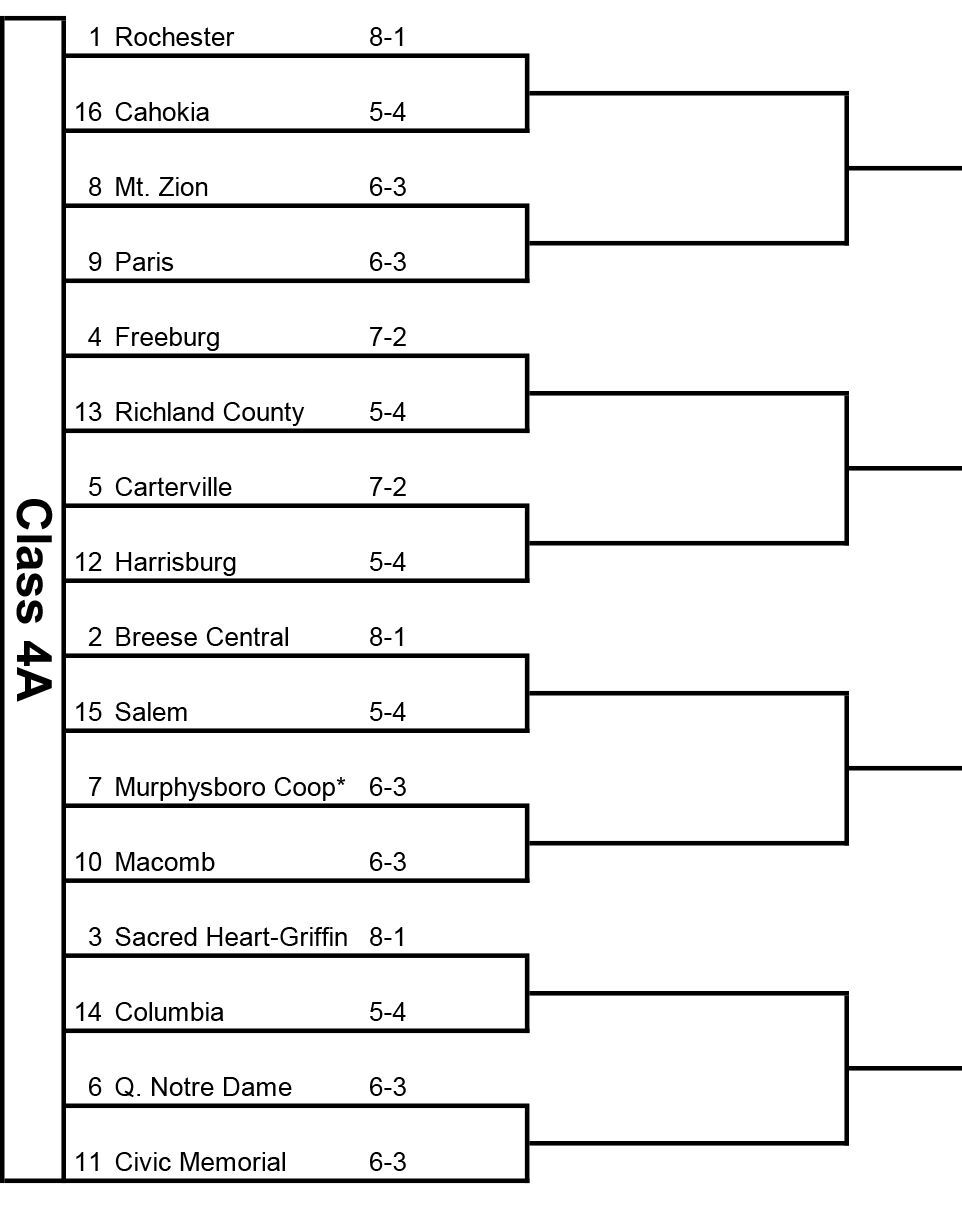 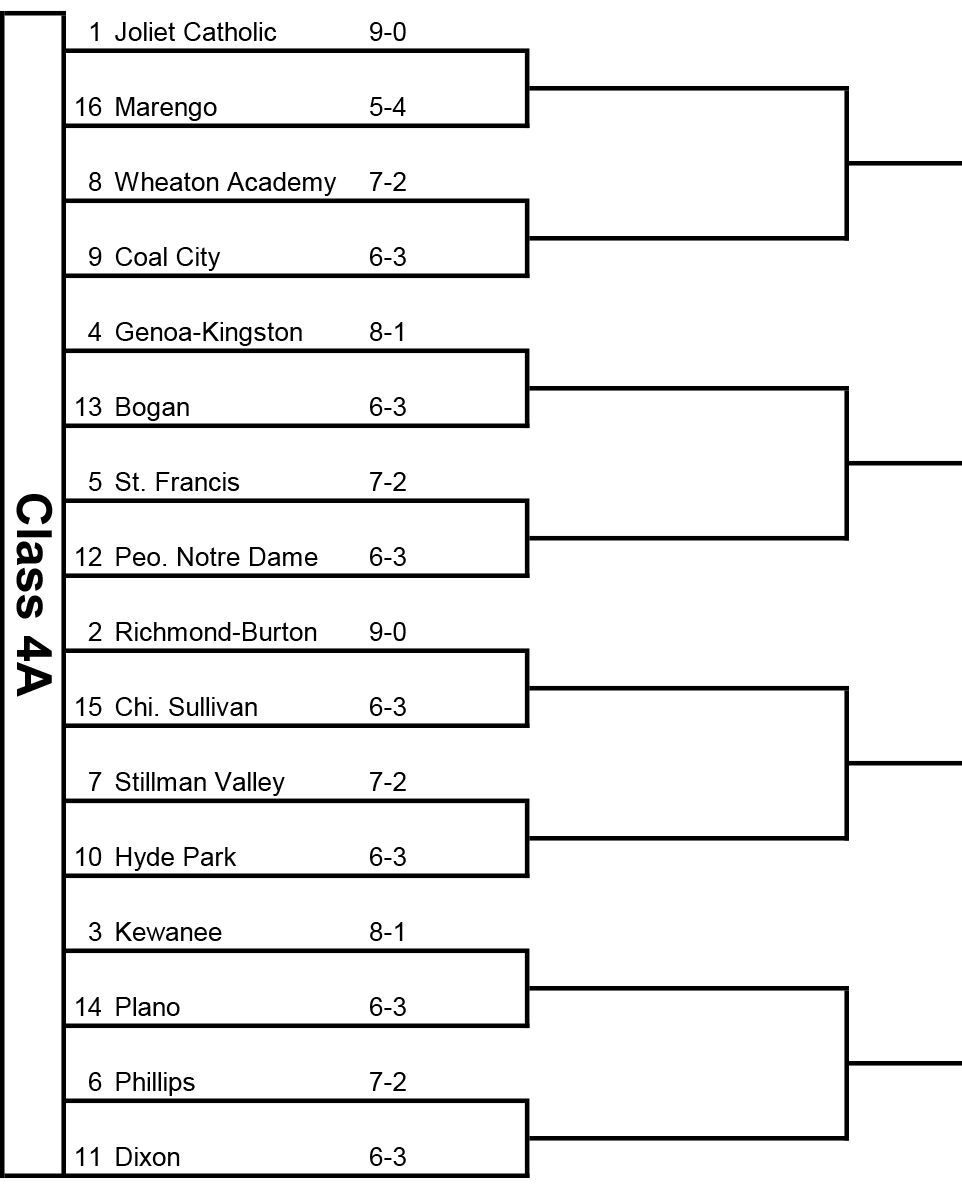 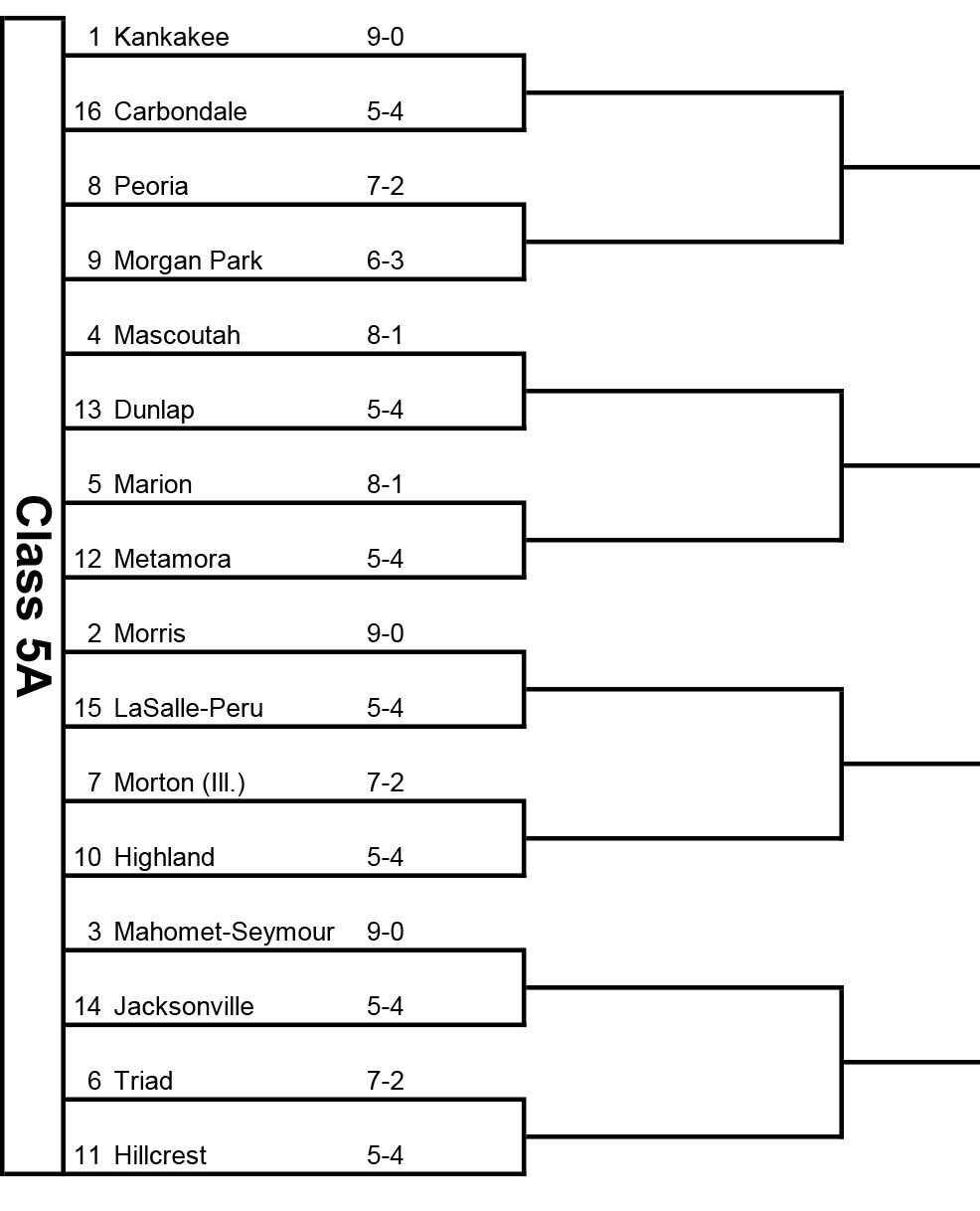 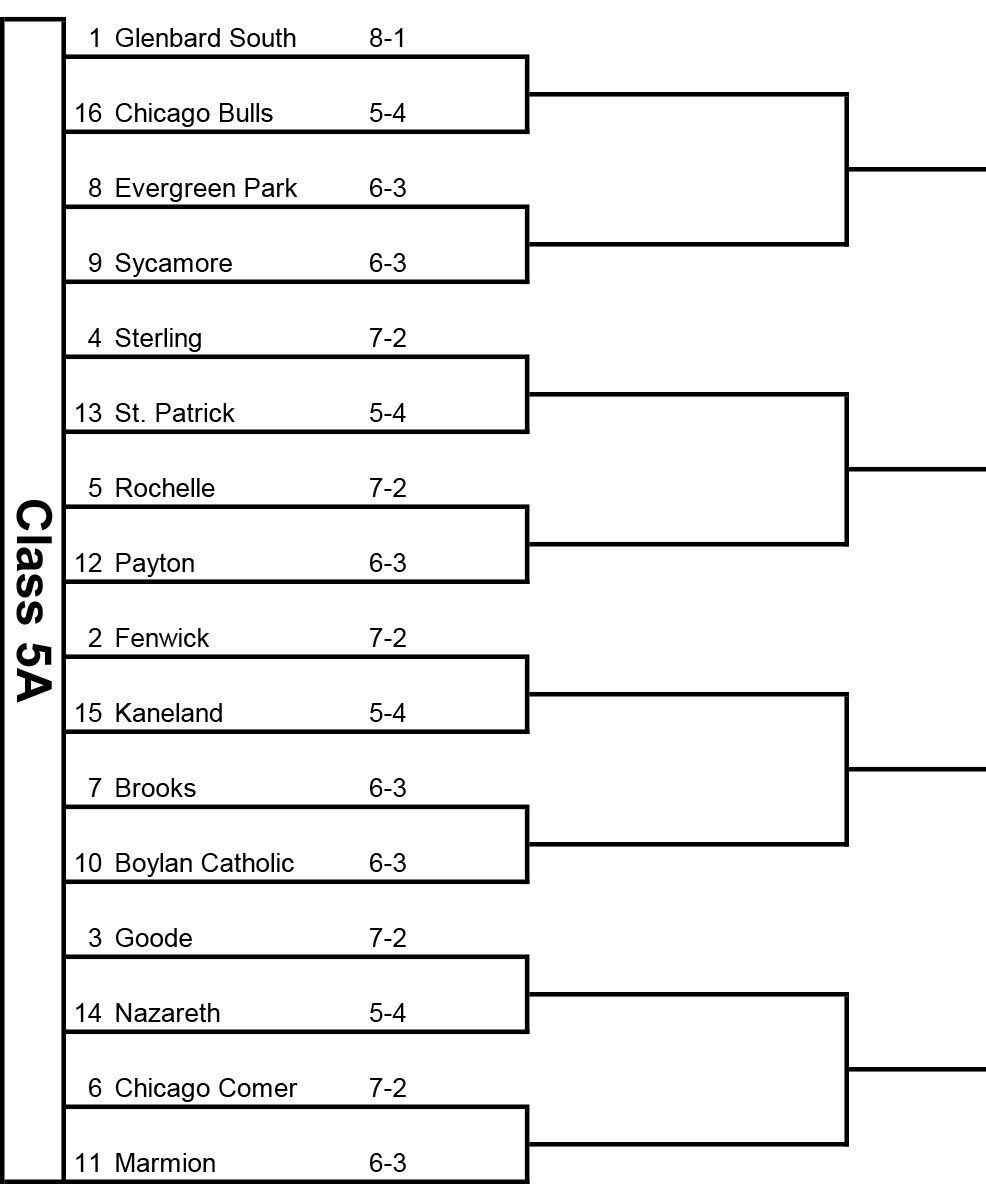 An instant rematch highlights next weekend’s first round of the IHSA football playoffs.

After losing 45-12 Friday night at Carterville, Harrisburg will get a chance to even the score when it makes the trip back to Williamson County for a Class 4A matchup. That’s just one of 12 games involving schools in the Southern Illinoisan’s coverage area.

Below is a glance at the dozen contests:

The Red Devils enjoyed a strong season, losing only at BDC champ Johnston City and at Fairfield in a game they led at halftime. Casey-Westfield is making just its second playoff trip since 2014. The winner plays Athens or Macon Meridian in the second round.

In their first season in the Cahokia Conference, the Yellow Jackets cruised to the conference title, losing only to Du Quoin and top-ranked Decatur St. Teresa. The Vandals are in their first year in 2A after going 34-10 the last four years in 3A. St. Teresa likely awaits the winner in the second round.

For the Bulldogs, it’s been a season that has gone beyond most experts’ expectations. But they have a tough draw in the unbeaten Knights, who have qualified for the playoffs in 15 of the last 17 years and haven’t been pushed much this year.

The Black Diamond champs start with what looks like a favorable draw against a program that is making its first playoff appearance since 2015. Wisconsin commit Austin Brown, Corbin Hickey, Isiah Watson and Heath Neibch lead a high-powered attack for the Indians. The winner gets either CWC or Mater Dei.

Since a Week 2 loss at 4A playoff qualifier Freeburg, the Hornets have won seven in a row, mostly by lopsided margins. Their seed seems low in light of their ability and the fact they routed Johnston City 30-6 in Week 1, but the BDC being a closed conference helped the Indians. The winner of this one probably sees Bismarck-Henning in the second round.

The Mules enter the playoffs on a six-game winning streak after a mistake-filled Week 3 loss at Johnston City. Meanwhile, Hoopeston is just two years removed from an 0-9 season and will be playing its first postseason game since 1993. Whoever wins probably draws 2019 Class 3A champ Williamsville in the second round.

It took a fourth quarter rally for the Indians to beat Murphysboro Friday night in their regular season finale and earn a playoff spot. As for Carlinville, it has polished off its 13th consecutive winning season and has earned a postseason berth 14 of the last 15 years. Mount Carmel likely awaits the winner in the second round.

Southern Illinois’ lone unbeaten team only got a 3 seed but appears to have a good first round draw against a program making its first playoff appearance in 12 years. The Rangers can’t get caught looking ahead to a potential second round matchup with perennial power Monticello, though.

For the Bulldogs, this is their first playoff appearance since 2015, one that wouldn’t have happened without overtime wins at Massac County and Herrin. The Lions are in the playoffs for the first time since 2017 and possess one of the area’s top offenses. The winner plays either Freeburg or Olney.

Talk about your long road trips. Macomb’s reward for a good season and a playoff berth is a 4-hour, 13-minute journey from northwest Illinois to Bencini Field. The Red Devils come in off consecutive losses but have played well most of the year. Winner probably earns a second round date with Breese Central.

Despite losing their last two games by a combined 60 points, the Terriers made it in, largely by winning four straight games after a 1-2 start. The Kays outscored their opponents 330-77, getting tested only by Crete-Monee in the regular season finale. Peoria or Chicago Morgan Park await the winner in the second round.

The Wildcats are making their 16th straight playoff appearance in full seasons behind a high-powered attack that features the pass-catch combo of Evan Noelle to Venson Newsom. If Marion wins, it could have a very interesting second round matchup at 4th-seeded Mascoutah.

Where are they now? | Steve Lacy raised bar high for Marion football

It's time to take another trip into the Way Back Machine with Marion the destination on this particular journey.

Prep Football | Nashville gets a second chance at 2A title

DEKALB – For Nashville’s football team, Friday’s 1 p.m. Class 2A championship game against Wilmington at Huskie Stadium represents more than a…

Carterville quarterback Andrew Hellriegel runs the football during the Benton Rangers cross-conference game against the Carterville Lions at Tabor Field on Friday, August 27, 2021 in Benton, Illinois.