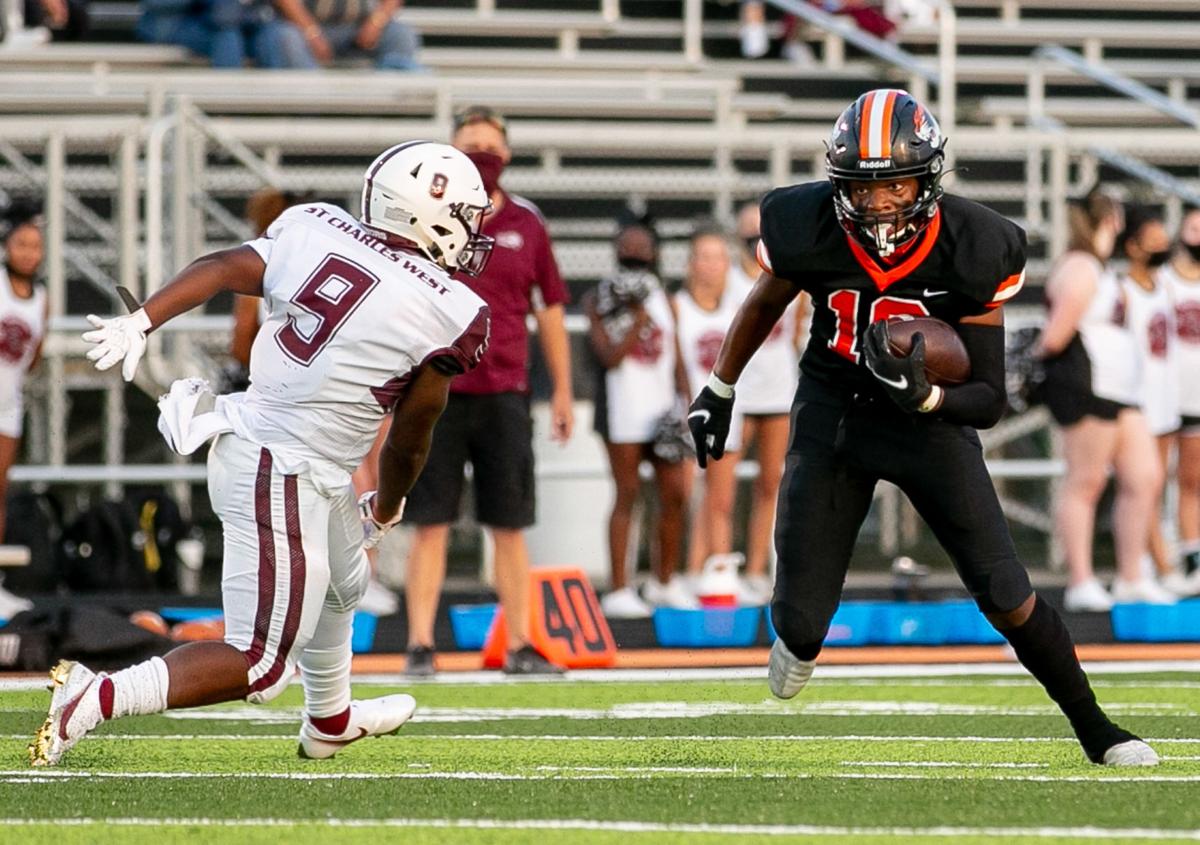 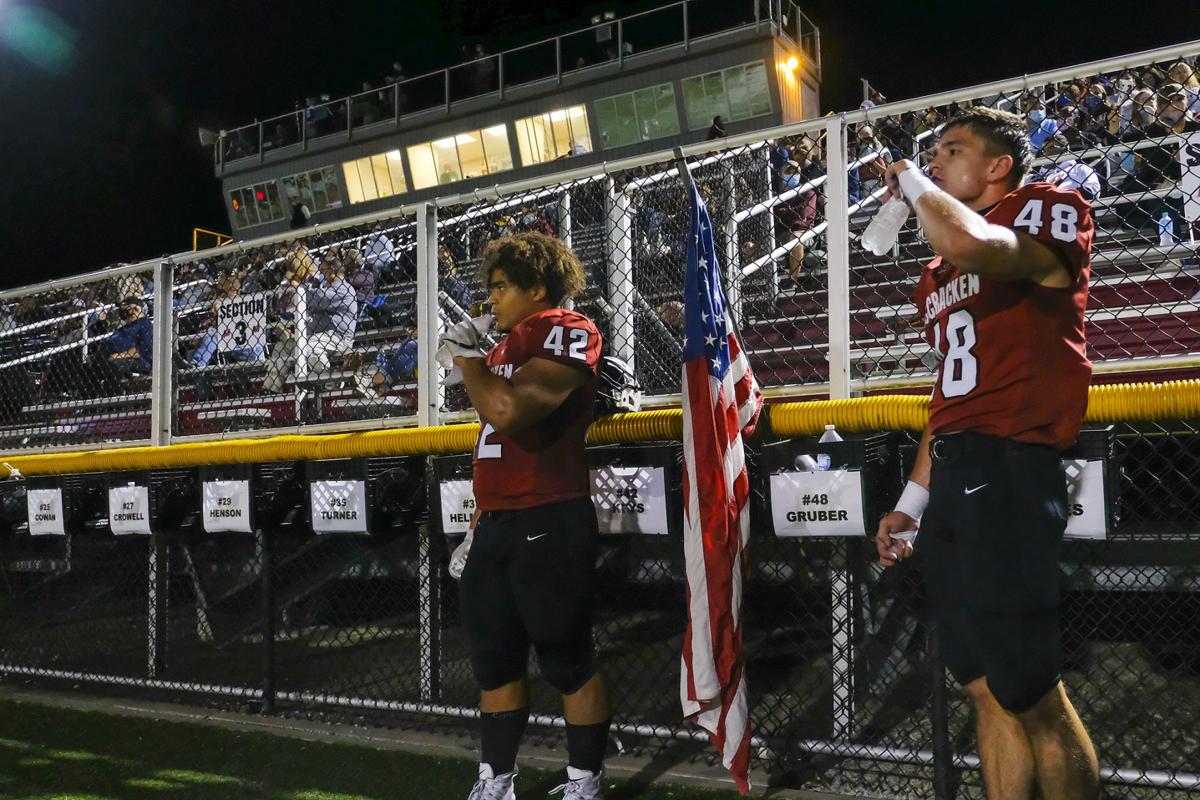 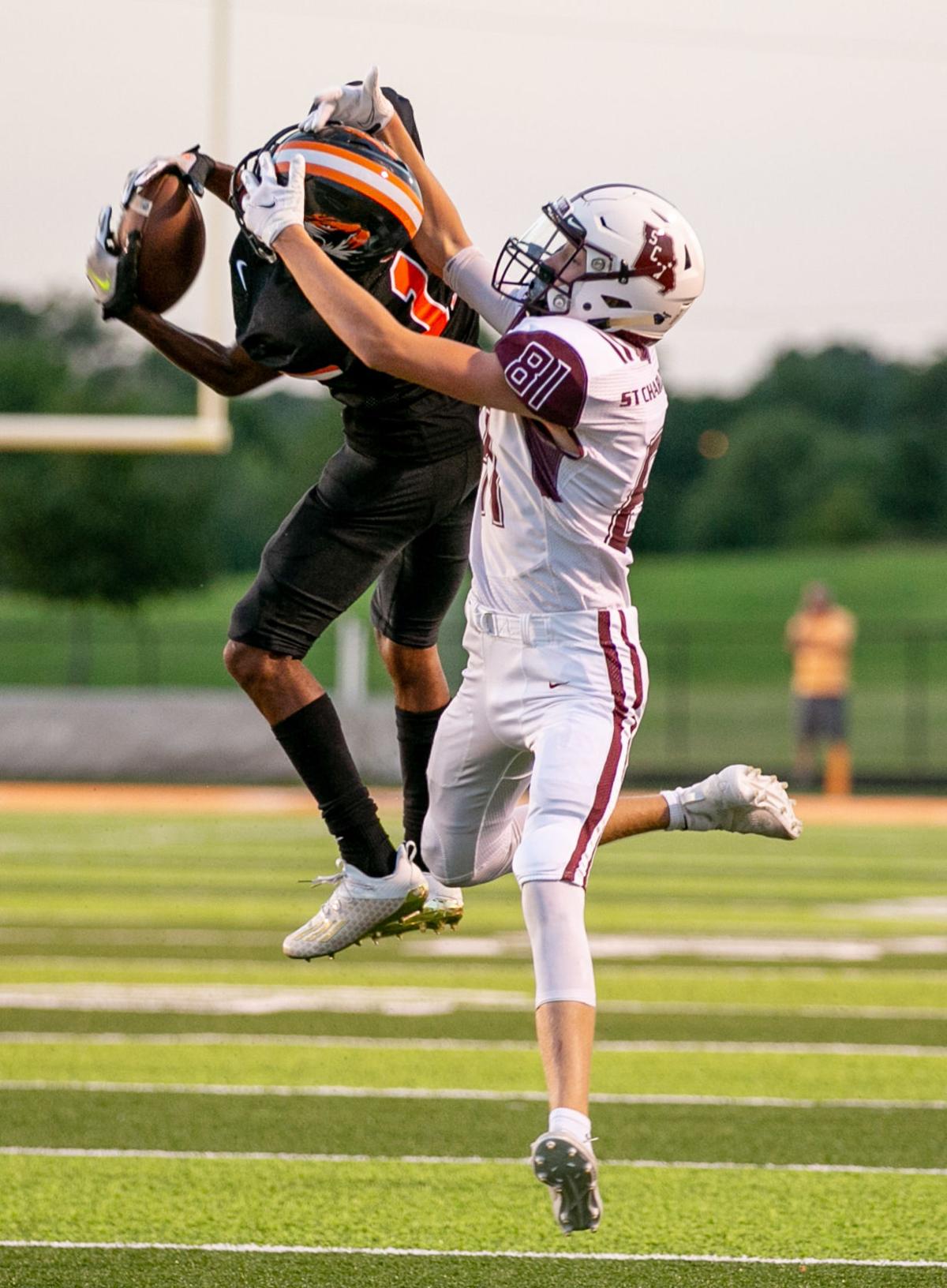 While football fields and volleyball courts are dark until March in Southern Illinois, they continue to get regular usage in their standard fall season in states like Kentucky and Missouri.

In at least one case, a season has been played to completion.

“We finished our tennis districts last night, and we have some girls going to the state tournament,” said Cape Central athletic director Tyson Moyers on Thursday morning of the situation in Missouri. “Barring anything, it looks like tennis will get through its season.”

The key words there: Barring anything. As NFL teams like the Tennessee Titans and New England Patriots continue to go one-on-one with COVID-19, high schools in bordering states of Illinois are negotiating a mostly standard fall sports season in the most serious pandemic of our lifetime.

Missouri is in the second half of its prep football season, while Kentucky climbs over the halfway point of its nine-game season on Friday night. With occasional exceptions, such as a game cancellation here or a quarantine there, both states have been able to conduct fall sports.

“Everything is going fine,” said McCracken County athletic director Geno Miller of the status in Kentucky. “We’re just trying to make sure that we do a really good job of educating our players, coaches and fans.

“We want to make sure that nobody overlooks the fact that it can go sideways very quickly.”

For proof of that, Miller only has to look about two hours south to Nashville. The Titans have had to place 23 players or staff members on the NFL’s COVID-19 list in the last week and a half, including former SIU star MyCole Pruitt on Thursday.

The NFL postponed Tennessee’s Oct. 4 game with Pittsburgh to Oct. 25, and is facing a decision about the Titans’ home game with Buffalo on Sunday. If the teams can’t play by Tuesday night, the game could be canceled or forfeited.

Complicating matters was the decision of several Tennessee players to hold an informal workout on Sept. 30 at a Nashville-area high school. That is likely to earn the Titans some serious discipline from the NFL, which could slap them with anything from the loss of draft picks to stiff fines or even the forfeiture of games.

It’s scenarios like that, and the fact that Patriots stars Cam Newton and Stephon Gilmore have contracted the virus, that keep athletic directors like Miller and Moyers on their toes.

Nothing can be taken for granted.

“There are always constant reminders when you’re dealing with teenagers,” Moyers said. “We changed some things a couple of weeks into the season. We had to go with full masks on the entire campus.

“I think the fans have done a good job of honoring that. We told them we want to continue our season, but we want to keep our athletes and coaches safe. I think (fans) are willing to abide some inconveniences to make sure athletes get to participate.”

With some adaptations, Miller has noticed a spirit of cooperation among other schools in Kentucky. Like Cape Central, McCracken County has opened its concession stand, with a stipulation from the health department that all foods must be pre-packaged prior to sale.

Miller said other schools in the Commonwealth haven’t been able to run a concession stand because their county or city has tighter restrictions.

“I feel like everyone is working for the same thing,” he said. “For the most part, you can tell that they have a protocol and a plan. We’re all in a position where we have to go in the direction we’re guided.”

So far, the guides are charting a successful path west and south of here. Cape Central’s football team plays its sixth game of the year Friday night in Poplar Bluff, while McCracken County shoots for a 5-0 start at Bowling Green.

As more games get played, Miller is comforted by one thought.

“Every week we get to play is exceeding where I thought we would be,” he said. “We’re doing everything we can do to play safely. If it goes south, we’ve done everything we’ve had to do.”

Those who have maintained since July that the IHSA could safely conduct sports in a pandemic are about to get their wish.

Where Are They Now? | Herrin's Gary Rafe was intimidating force in the paint

Gary Rafe was the best player on a super talented 1972-73 Herrin basketball team that not only captured the South Seven Conference championship, but ran the table, a perfect 14-0 en route to a 23-3 overall mark.

If Cardinals do not add or discover boost for lagging offense, it could be splitsville for lineup

Sharing playing time at a few positions to maximize the matchups is one plan as spring training approaches.

Where Are They Now? Stokes continues to shine on the court at Colorado School of Mines

If you’re looking for a starting point to explain the excellence of Drew Stokes, start with her hands.

PINCKNEYVILLE — The Pinckneyville volleyball program will have a new look in 2021, much-like when Pepsi-Cola dropped the Cola and became Pepsi…

When Missouri's Valle Catholic High School beat Valley Friday night, it improved to 10-6 on the year. That the Warriors have a winning record isn’t the impressive part. They’ve only experienced one postponement due to COVID-19.

CARBONDALE — It crushed Peg Banks not to be able to make SIU's men's basketball game at Butler on Dec. 21.

Prep Football | Carbondale's Ragland commits to Lindenwood as a defensive back

TERRE HAUTE, Ind. — SIU's men's basketball team returned to the court after a 21-day break and got some important minutes for a variety of pla…