CARBONDALE -- SIU administrators began meeting two weeks ago to prepare for a potential cut of up to $32 million dollars in fiscal year 2016 for the Carbondale campus, but they are hopeful the final hit will be significantly less.

Republican Gov. Bruce Rauner's budget plan unveiled last month puts SIU at a loss of $62 million, with $12 million of that for the medical school in Springfield and $18 million for SIU-Edwardsville, according to SIU President Randy Dunn. If that stands in July, when the new fiscal year begins, it could "hollow out" the Carbondale campus and force the Salukis to consider dropping sports.

"I think as we're able to articulate that, to describe that, to the General Assembly, while, yes, we're probably going to have to do our share and take some cuts, along with state government, to force all of that in one year would be very difficult," Dunn said. "We cannot go to tuition or fees to make that up. That has been something that has been suggested by some, and, particularly, has been an approach that has been advocated in the past by Gov. Rauner's CFO, as she's worked in other states, but for us to just go to tuition and get that made up, it would be estimated to be over a 100 percent increase at each of the campuses, and we can't do that. That's not in the realm of reality."

Dunn and interim athletic director Harold Bardo both think SIU athletics will have to tackle budget cuts in some form like the rest of the university, but are hopeful they won't be as steep as Rauner's intial plan. The governor's $32 billion state budget includes deep cuts to Medicaid, pensions and other programs to bridge a roughly $6 billion gap. It raises no new taxes, and may not pass the General Assembly, which is controlled by Democrats.

"I had no idea what to expect," Bardo said. "I know that the state is in very poor shape, financially, and Rauner made a pledge to try to get out of this hole, and I know it's going to take some very painful cuts."

Bardo said ticket sales for SIU's various sports and donations this year were close to what they were in past years. Pledges toward paying off the Saluki Way project continue to come in as expected, he said.

SIU currently competes in 18 sports, as indoor track and field and outdoor track and field count as two, and are offered to both men and women. To remain Division I, the Salukis must have at least 14 sports, either seven for each gender or six for men and eight for women, according to NCAA regulations.

Dunn declined to discuss what specific actions the athletic department would take under specific cuts, as he, like the rest of the state, is unsure of what the university will face.

SIU faces additional challenges this spring because it is in the middle of searching for a new chancellor and athletic director. Dunn said the school would offer a competitive salary to those candidates.

"We continue to run the university, so that's what we've been talking about with the search committees," Dunn said. "We will be commensurable with similar institutions across the country. I think the previous rate will allow us to get strong candidates, and as I would do with any position where talent has to be rewarded, if there's a need to increase that by some degree, I'm open to looking at it."

Here is a quick look how the state budget may impact the future of SIU athletics:

14 - Sports required to be a Division I program

18 - Current sports the Salukis participate in

32 - In millions of dollars, the total amount of money the Carbondale campus could lose under Rauner's plan

CARTERVILLE — Ken “Fog” Gilbert has a master’s degree and 21 years of experience teaching English at the college level. Yet, like a growing nu…

Prior experience not a deal-breaker in SIU AD search

Update: Rauner names three to SIU Board of Trustees

A senior U.S. district judge, a lawyer and a Carbondale business owner have been named to the SIU Board of Trustees. 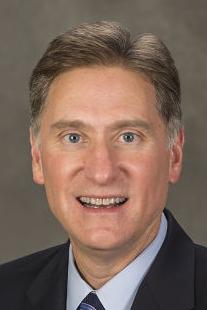 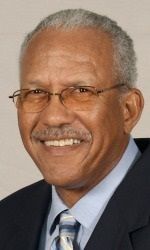