Become a Member
Read Today's E-edition
Share This
SIU to cut men's and women's tennis, reduce scholarships in men's swimming and diving
1 comment
Share this
1 of 2 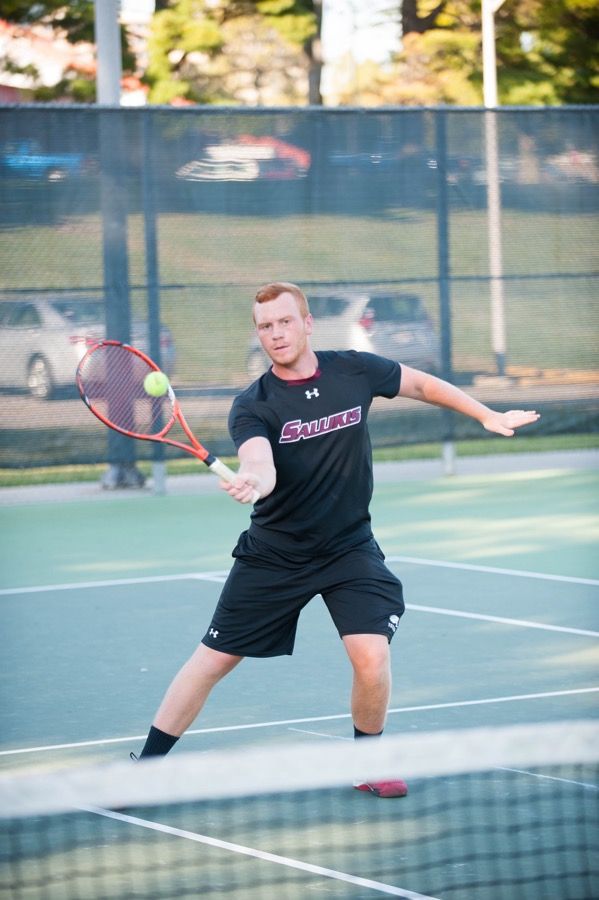 SIU tennis player Jonny Rigby competes earlier this year. The Saluki men’s and women’s tennis teams were slated to be cut next season because of budget issues, but SIU athletic director Tommy Bell said Thursday they will play in 2016-17. 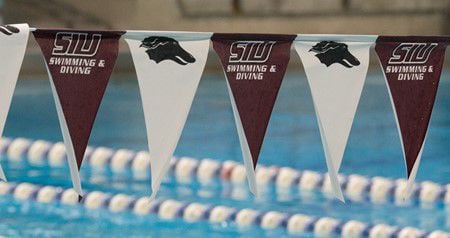 CARBONDALE — This time, there will be no saving SIU's men's and women's tennis programs.

Faced with declining enrollment and the economic climate in Illinois, SIU announced cost-cutting measures Thursday that will save the athletic department approximately $660,000 annually beginning next school year. The Salukis will drop men's and women's tennis and reduce the 9.9 scholarships available to the men's swimming and diving teams by 3.9.

SIU put the tennis teams on the chopping block last year as part of a potential budget plan for fiscal year 2017, but found the money to keep them afloat this season. SIU athletic director Tommy Bell said it wasn't possible to keep them going forward, even after cutting $1 million last year from a $22 million budget.

"We have spent the past 18 months cutting costs and streamlining the way we do business in athletics, in the hopes we could avoid eliminating sports," Bell said in a news release. "In light of the severe budget environment, we simply ran out of options. As budgets are cut across campus, athletics must do its part."

The reduction plan was approved by SIU interim chancellor Brad Colwell, SIU President Randy Dunn, and the Intercollegiate Athletic Advisory Committee, a group that features members from several departments within the university.

"I deeply empathize with the human toll this decision creates," Colwell said. "I've met members of these teams and found them to be among the best and brightest at SIU. Nevertheless, I concur with AD Tommy Bell that this outcome was necessary. In fact, I believe it helps position athletics to thrive going forward."

SIU will compete in 16 sports in 2017-18 after the cuts. Bell is currently working on more cuts that could save the athletic department several hundred thousand dollars, he said.

The remaining tennis players after this season - the men's squad has two seniors and the women have three - will be able to transfer anywhere in the country without penalty for the 2017-18 school year if they choose. If they choose to stay at SIU, the department will honor their financial aid until they graduate.

The men's swimming and diving team won't have any current student-athletes affected by the cuts, Bell said, as they are part of the senior class. Those 3.9 scholarships simply won't be available to coach Rick Walker going forward.

Women's tennis has won 569 matches all-time, including two conference championships. Each team has been recognized by the ITA as an all-academic team in eight out of the last 10 years by earning a cumulative team GPA of 3.2 or higher.

SIU's declining enrollment, which dipped below 16,000 students last fall, coupled with a dip in ticket sales for its two revenue sports, finally caught up to the athletic department.

"We're kind of in the perfect storm, and time has caught up with us," Bell said.

Nelson led Saluki tennis back to prominence in 2009

With lagging ticket sales and a decline in donations, SIU's athletic department faced a $4.3 million deficit in 2015-16, according to numbers …

CARBONDALE — SIU swimming coach Rick Walker announced that he plans to retire at the conclusion of the 2018-19 season, after 32 years with the…

CARBONDALE — The search for a new chancellor for the Southern Illinois University Carbondale campus has been narrowed to seven semifinalists, …

SIU tennis player Jonny Rigby competes earlier this year. The Saluki men’s and women’s tennis teams were slated to be cut next season because of budget issues, but SIU athletic director Tommy Bell said Thursday they will play in 2016-17.