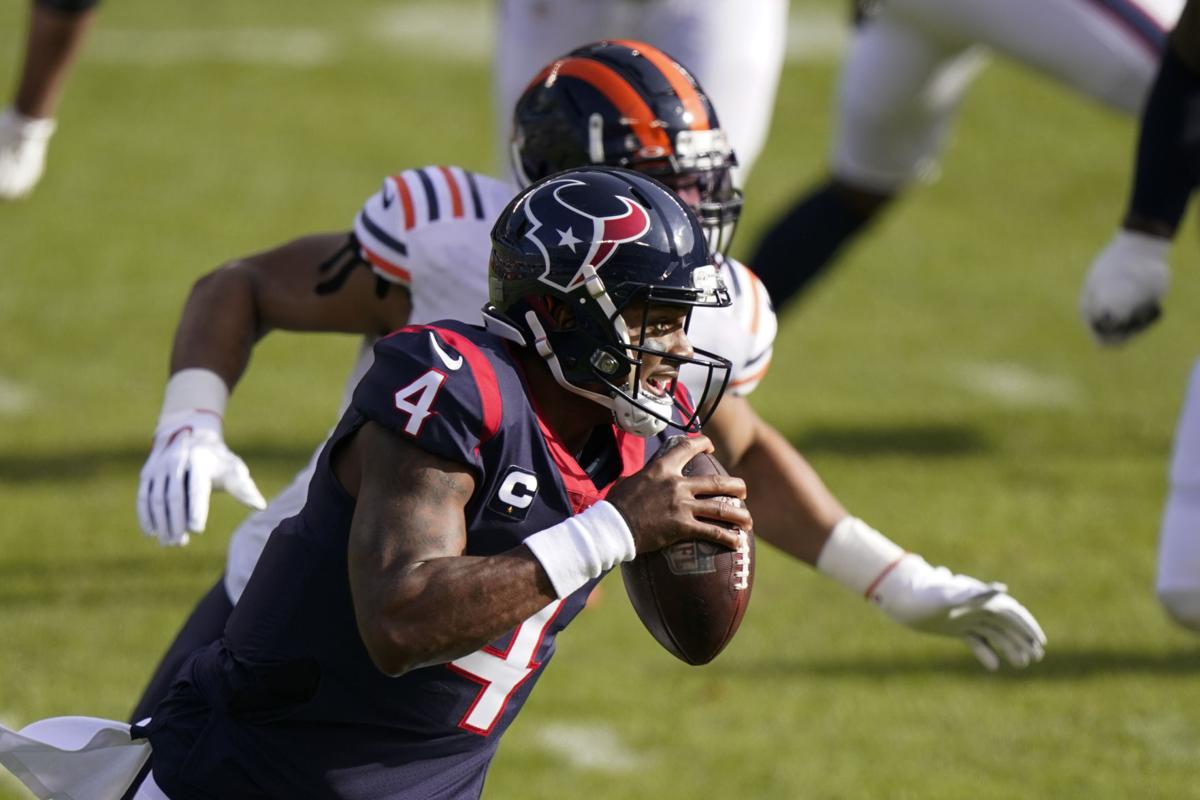 Houston Texans quarterback Deshaun Watson (4) runs during the first half of an NFL football game against the Chicago Bears, Sunday, Dec. 13, 2020, in Chicago. 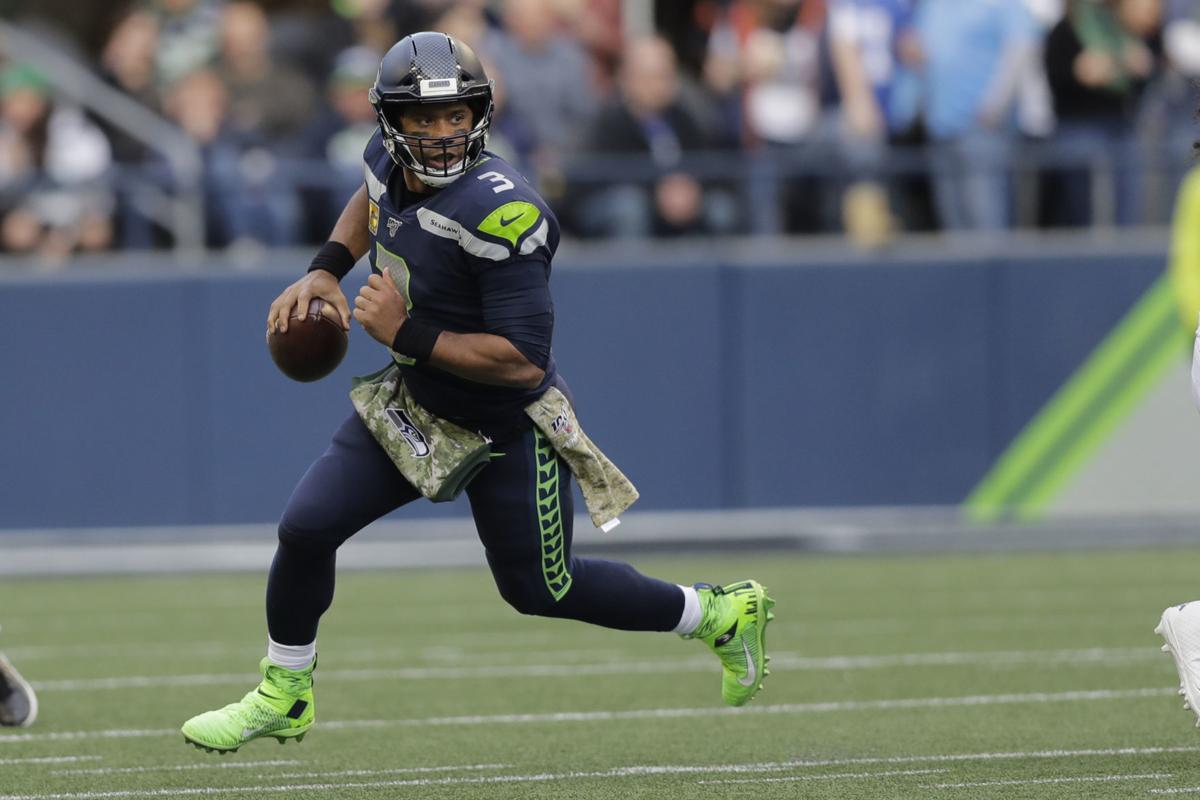 Seattle Seahawks quarterback Russell Wilson scrambles against the Tampa Bay Buccaneers during the second half of an NFL football game, Sunday, Nov. 3, 2019, in Seattle.

It's just not going to happen, Deshaun.

This is the NFL, otherwise known as the "Not For Long" league because of how much of a physical toll it takes on players' bodies. It's also known as the "Not For Long" league because, unlike the NBA, where you can request a trade and get it most of the time, the NFL is run by teams, not players. If you can't do the job they want, or are unwilling to do it, in the NFL, they'll find someone else to. That's why quarterback Russell Wilson is still in Seattle and Deshaun Watson is still in Houston.

They can want out all they want. Wilson's agent has not publicly asked for a trade, but he's told the media Wilson would waive his no-trade clause (who gives the second-highest paid player in the league a no-trade clause, No. 1?) for a few teams. Chicago was one of them, and the Bears reportedly offered three first-round draft picks, and more, to land the star quarterback who is due to make $35 million in 2021. Seattle reportedly turned it down, because the Seahawks don't want to move him, or if they do, they want a better offer than from a team that has a quarterback to give them in return.

Andy Dalton just doesn't have the same trade value as he used to.

The good news for Wilson is he's got a defense that can keep him in games (former SIU safety Ryan Neal is on the Seahawks roster and made some huge plays for them last season) and the Hawks also have standout receivers in D.K. Metcalf and Tyler Lockett. Wilson is 32 years old. He's already won a Super Bowl, and would have had two if not for the dumbest call in the history of the Super Bowl at the end of the 2015 game against the New England Patriots. Remember, when the Hawks were at the 2-yard line or something and called a slant route, instead of giving the ball to Marshawn Lynch? Which was intercepted?

Watson is not as lucky, or at least not as lucky as a guy that signed a $156 million, four-year contract extension can be. Seattle went 12-4 during the regular season in 2020. Won its division, and lost to the L.A. Rams in the wild card game. Houston went 4-12 and has running back David Johnson and wide receiver Randall Cobb, but you can't name someone on the Texans' defense if you tried now that J.J. Watt bolted.

Watson wants a trade for obvious reasons. One of the best young quarterbacks in the league wants weapons. He wants a defense. He has a new coach in David Culley. He can sit out all season, and still keep his four-year, $156 million contract in 2022. The Texans, if they don't find the deal they want, can keep him under contract until 2025, and then use the franchise tag on him the next three years. That's potentially seven years with him, whether he wants to be there or not.

Wilson and Watson's only hope is the New York Jets, who have a tradeable quarterback in Sam Darnold and the second pick in the draft. The Jets could move Darnold, get another marquee player to play the position in return, and draft another elite player to surround him with with the second pick. Good luck with that, because if there's a team that is run worse than the Bears, it's the Jets.

Will we see Deshaun Watson this season?

Will we see Deshaun Watson this season?

The FCS national title game has appeared on one of ESPN's three main networks the last few years. The coronavirus has given this level of foot…

It began last August, with coaches wearing masks and faceshields, the players wearing face coverings underneath their helmets, and the first o…

Houston Texans quarterback Deshaun Watson (4) runs during the first half of an NFL football game against the Chicago Bears, Sunday, Dec. 13, 2020, in Chicago.

Seattle Seahawks quarterback Russell Wilson scrambles against the Tampa Bay Buccaneers during the second half of an NFL football game, Sunday, Nov. 3, 2019, in Seattle.